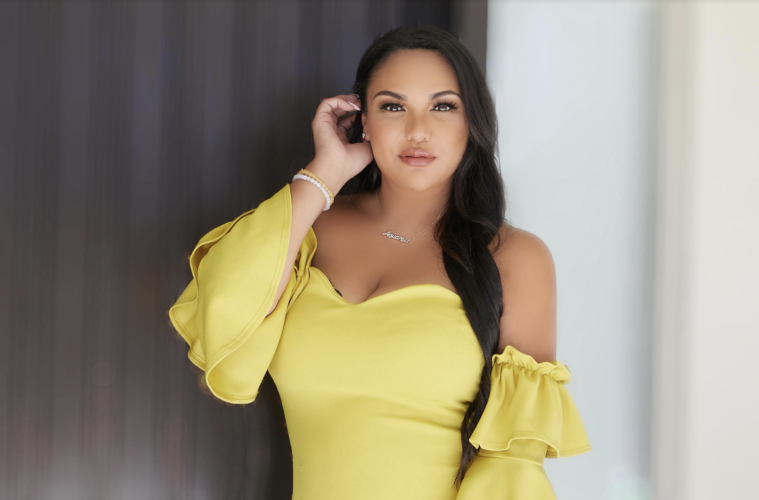 Serena DC (De Comarmond) can do it all as a TV star, screenwriter, executive producer, and entrepreneur. She’s giving us the inside scoop on her latest projects and all of the exciting things she has coming out! 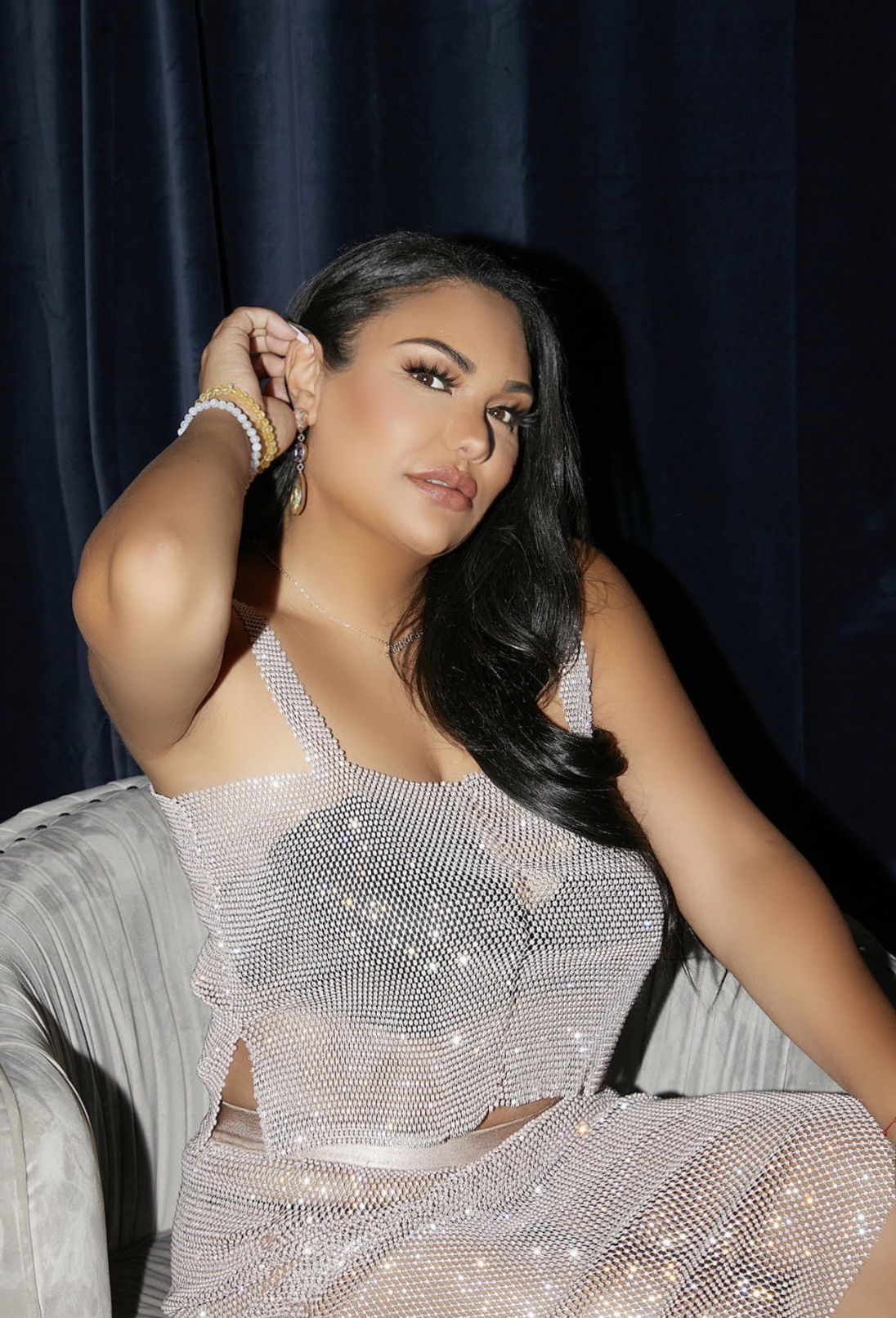 Serena DC (De Comarmond) is taking the industry by storm with her impressive resume! As the host of Pluto’s ‘Hollywood Disclosure’ & ‘Dream Life’, Serena is also a multihyphenate artist who has written and starred in her own work. HOLR is so excited to be chatting with Serena today to learn all about her latest and upcoming projects she can’t wait to share with the world!
Check out our in-depth conversation below where we talk about everything from how she got her start in the industry, to her experiences on ‘Hollywood Disclosure’ and what she has coming out in 2023!

You have an impressive resume as a TV star, screenwriter, executive producer, and entrepreneur! What inspired you to get into the industry?

I was randomly cast on a show called “Instant Hotel” which happened to be on Netflix, and it was actually the first time I was in TV. It turned out to be a massive show! We got to film traveling across Australia over 3-4 weeks and during filming, I fell in love with the process. I realized that this is what I was supposed to be doing with my life.

I then got my visa after the show and came over to America since then I’ve been working and just started doing it! I came here with a mission and wanted to make a difference in the reality TV space. 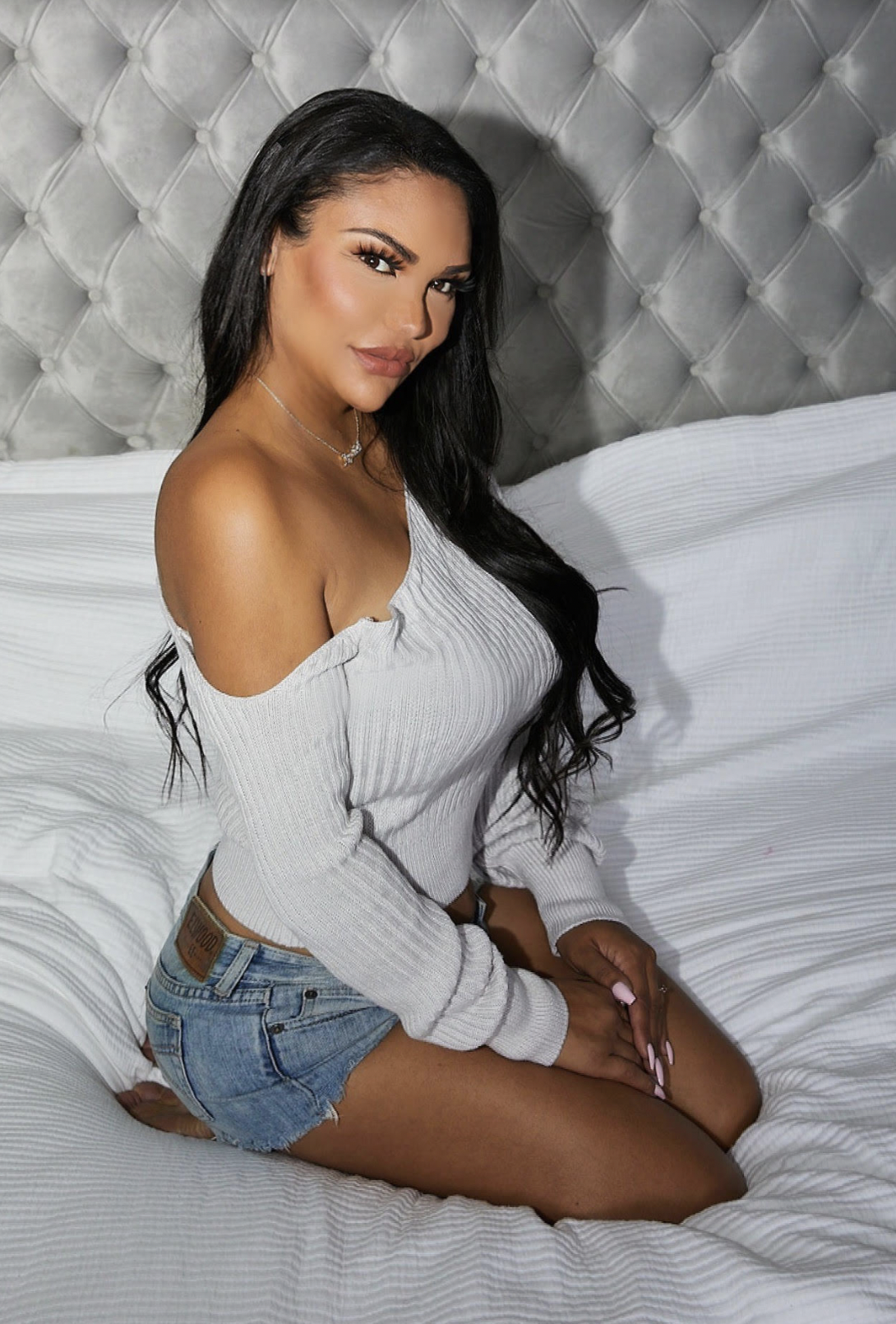 You were recently the host of Pluto’s ‘Hollywood Disclosure.’ Talk to us about this experience.

It’s been amazing and really fun. I know fans of the show have taken a lot from it. It always feels good when you’re going through something and you know you’re not alone, that hundreds of thousands of people are going through it as well.

I interviewed Tara Reid, who faced immense bullying throughout her entire career. While we were watching her on TV looking gorgeous and amazing on American Pie, she was actually getting trolled relentlessly and bullied. It was so profound thinking of someone like that going through the same experiences as me and learning about how she got through to the other side.

Hollywood Disclosure is a really inspiring series and we’re in the middle of filming Season 2, and I can’t wait to share some of these stories with the world.

What are some of your most memorable episodes from Hollywood Disclosure?

One of our guests that really stood out for me was Nikki Blonsky. She is the actress from the movie Hairspray– she was the gorgeous, amazing powerhouse. She talks about how she’s been really typecast and stereotyped throughout her whole career. All she ever wanted to do was be in a romantic comedy and play that lead role but she was always typecast because of her size. That’s something that’s always really frustrated her.

I find it really empowering that she keeps on going and striving to try to change the way the industry is. She reminds you that your worst moment can become your best moment and can bring out your mission and purpose in life.

We also interviewed RJ Mitte, best known for his role in Breaking Bad, in which he played the son of Walter White. He has cerebral palsy and talks about the same thing as well. All he was able to get were roles where he had cerebral palsy, and just recently he filmed his first film where that isn’t a thing, and he just gets to be himself! I think that’s really exciting.

It shows that Hollywood is really starting to listen and become more inclusive. The world is embracing all shapes, sizes, colours, and sexualities. We, as filmmakers and TV producers, can feel confident putting anyone in our shows because people are much more accepting now. I think that’s so cool- don’t you? 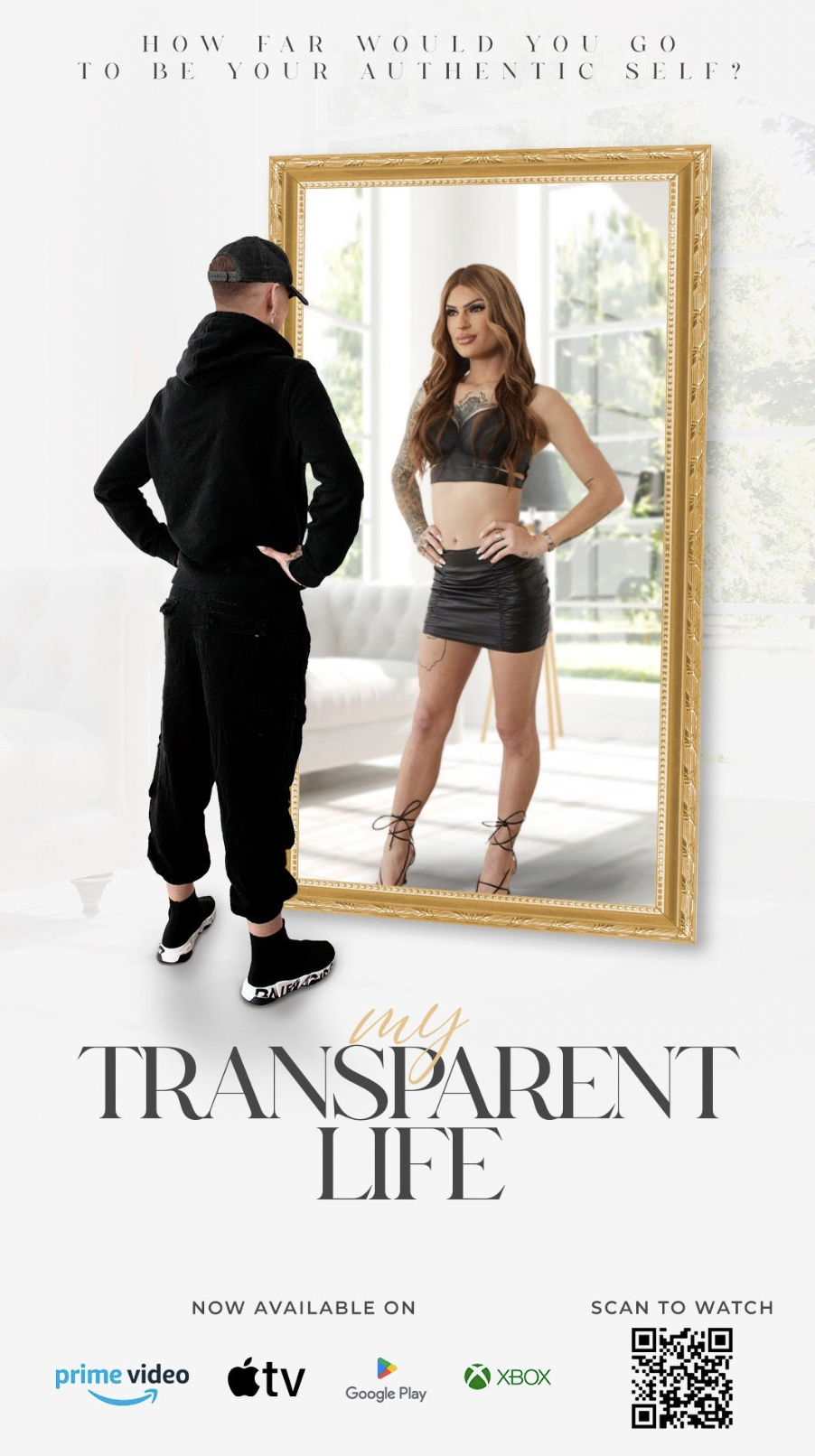 Tell us about your latest film, My Transparent Life. Talk to us about how this project came to be and what audiences can expect from the film.

That movie just premiered a couple of months ago and is a big thing at the moment. It’s a documentary where I follow two Trans people as they share their transition journey. They invite me into their lives and I got to chronicle the entire transition. I met their parents, friends, and loved ones, watched their surgeries, and shared this with our audiences. It’s about being the change you want to see in the world.

My Transparent Life is available worldwide on Amazon and iTunes and all of those amazing places.

What are some of your future goals as a multi-hyphenated artist in the space?

Yes! At the moment we have back-to-back movies coming out. “We Are Not Alone” is a documentary about UFOs and Aliens and the fact that we’re being visited by being from another planet. I go around and interview the biggest names in the UFO world. I do a deep dive into the whole notion that we can use telepathy to contact UFOs and ET. It’s an awesome and inspiring movie. 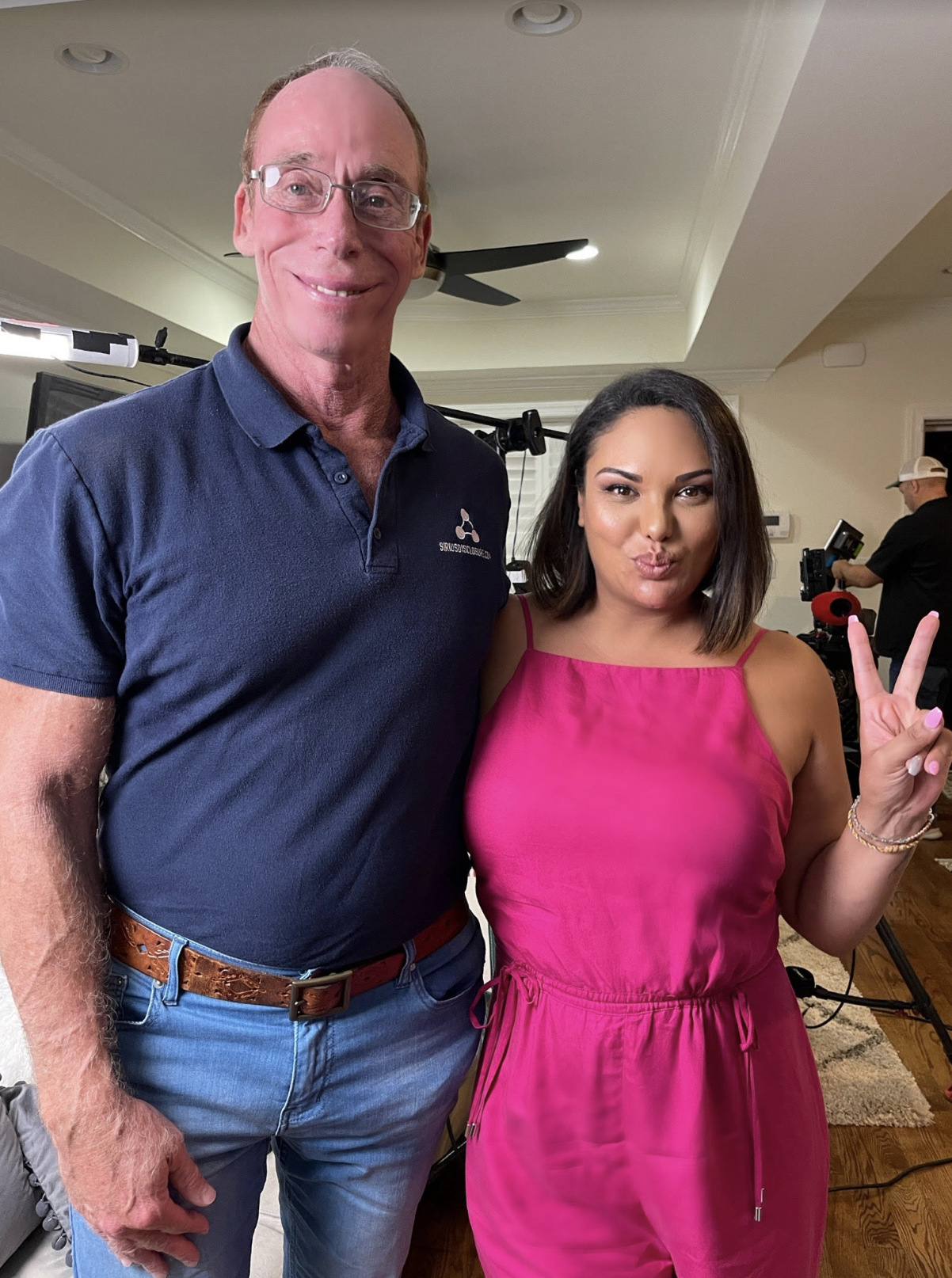 Serena and Dr. Steven Greer, “We Are Not Alone”

Then, we also have one that we’re filming at the moment called “Shadow Figure Forest” which is about the original Conjuring house. I’ve been spending a lot of time at the house and with the family that the movie is about. We’ve done a lot of paranormal investigating which has been extremely terrifying! We’ve seen a lot of really amazing paranormal activity.

My biggest news is that I just signed with the YTA Network – a cable network- to bring out my own Talk Show called Serena! It’s a daytime Talk Show coming out in January, and I will be on your screens every single day!