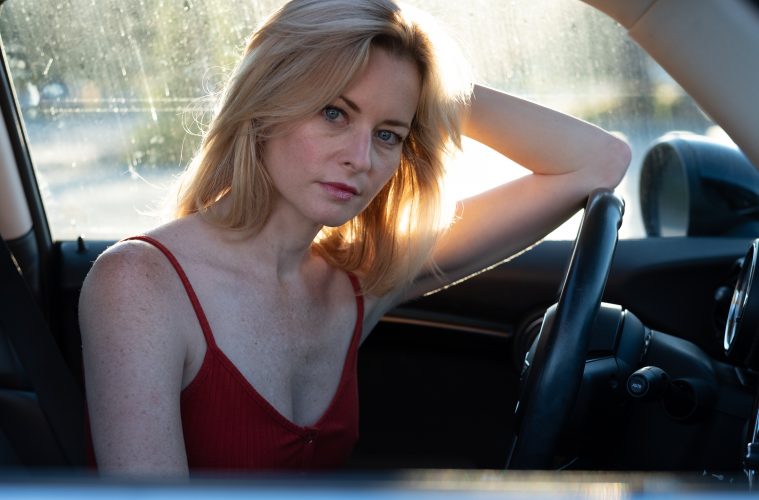 Jessica Morris is a rising American actress and Los Angeles local born in 1979 in Jacksonville, Florida, with a budding love for screenwriting, and experience behind the scenes producing and directing. Her career notably took off in the last few years as she starred in Daytime Emmy nominated web series Beacon Hill, and guest-starred on popular television series such as Rosewood, CSI: New York, Perception, and Mixology while also recurring on Freeform’s Party of Five. 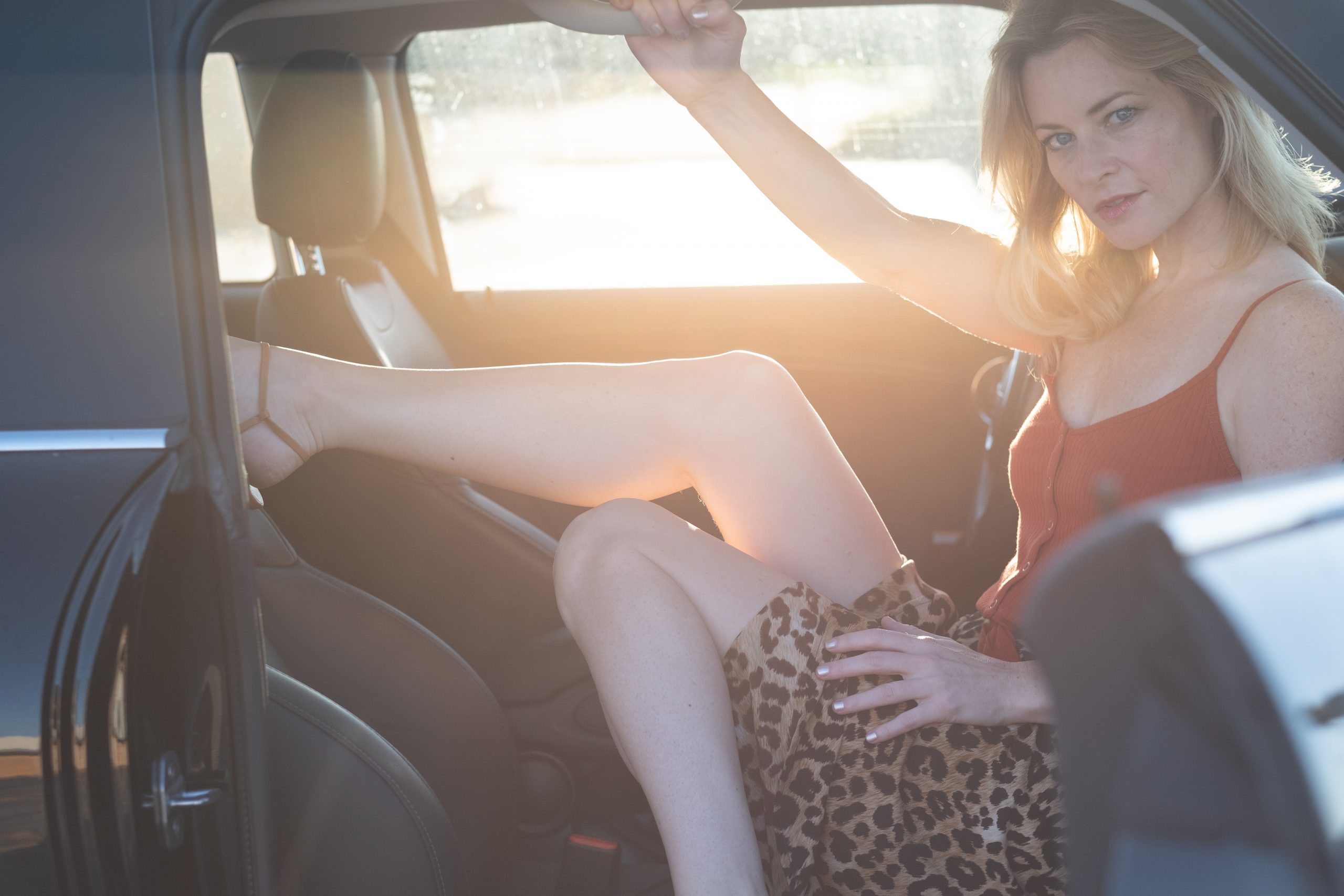 She recently played lead Gina Wilson in the Art of the Dead and most recently starred in Pool Boy Nightmare which premiered on Labour Day, September 7, 2020. She will also star in The Wrong Fiance later this year after having previously starred in The Wrong Man, The Wrong Roommate, and The Wrong Student – all on Lifetime.

In late August, I got the chance to ask her a few questions about her career since her move to Los Angeles in the early 2000s, and her experience working in the often male-led industry as a woman well-versed in various facets of it. She was brief and refreshingly honest, and direct.

How did you fall into the performing arts and most specifically acting, and when would you argue was the official start of your professional career?

Jessica: My first professional acting job was a commercial that I shot at age 16 in Tokyo, Japan. But I had already fallen in love with acting from being involved in plays at school.

You have a verified Instagram and Twitter and over 16,000 followers. Many of them look up to you and are looking for advice from a successful talent in the field such as yourself. That said, would you have any tips for individuals looking to launch their own acting careers?

Don’t try to compete or compare yourself with others. Find out what your strengths and weakness are and focus on those. Use what makes you original and share those gifts with the world.

Have you felt well surrounded and supported by your friends and family in the last few years and even before starting to book regularly?

I am very lucky to have the support of my family and close friends. They know that I will never give up and they see the best in me, even when I cannot see it myself. For that, I am forever grateful.

To what extent do you believe your move to Los Angeles has impacted your career? Have you felt more connected with the film and television industry?

I would not have the career that I have had if I had not moved out here to L.A. It was important for me to come out here, meet people, network, and learn from all of the like-minded artists surrounding me. It has felt like home to me from day one.

What first draws you to a project – the story, the producers, the writers, the cast, etc.?

It is different for every project. But primarily I am drawn to something because of the role. Sometimes I read a script and the character just starts flowing through me right away. Emotions come up and often times I start saying the lines out loud while reading them for the first time. That’s when I know that I need to portray that character and that I definitely want to be involved.

What project has been most fulfilling to you as an actor to this day (regardless of the exposure, the location, or other well-known talent involved)?

I shot a movie called Eternal Salvation. It was a faith-based movie about redemption. I really connected with the character and the story and found it to be very inspiring.

I started writing a few years ago and I would like to do much more of that. I feel as though I have just scratched the surface. I do believe that writing scripts help me to see the big picture of a story and to have a better understanding of how my role fits into that picture and facilitates the story.

Tell me about your experience being nominated as Best Lead Actress in Drama at the Indie Series Awards for your performance in Ladies of the Lake and Ladies of the Lake: Return to Avalon. Did that humbling nomination confirm to you that you were in the right field?

I honestly don’t put a lot of stock in nominations or awards. Most of the time they are largely political and more like popularity contests. But yes, it was flattering, and I am happy that my performance was appreciated. I put a lot of my heart into that role. 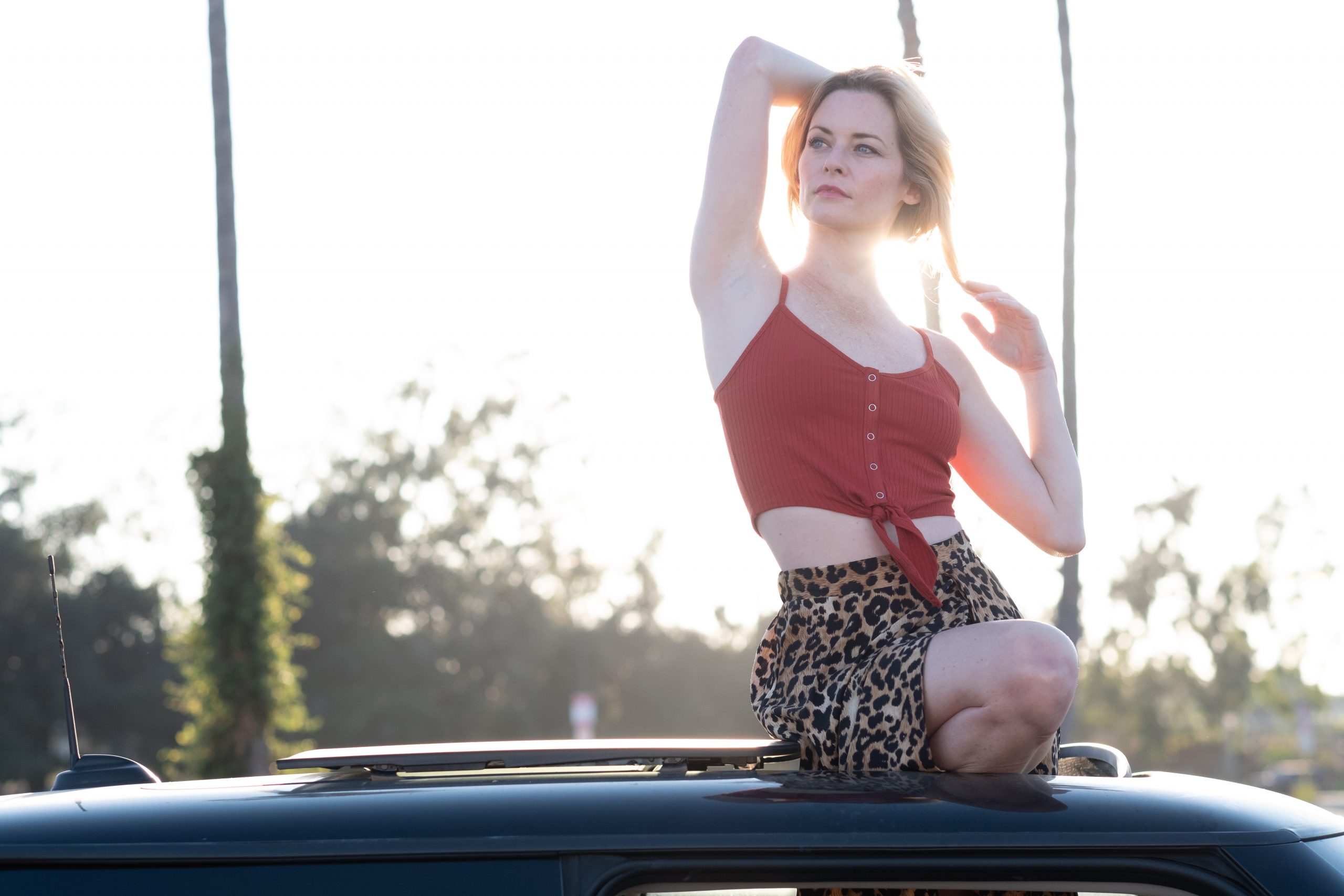 You have worked with Lifetime, Amazon, Freeform, the list goes on – how has your experience changed depending on the network? Moreover, do you verify that your values align with the team with whom you would be working before auditioning and/or booking?

Every experience is different. And I absolutely like to take on projects with respectable and professional teams who have similar artistic ideas. It’s great to be able to work with some of the same teams over and over again and to develop a little film family.

What can you tell us about your new movie Pool Boy Nightmare?

I play the lead character of Gale. She is a newly divorced woman, who moves into a new house. There, she meets a pool boy, Adam, and gives him a job. Basically, he seduces her, and then she soon realizes that it was a mistake. He does not take this very well. He sets out to get his revenge, by going after her teenage daughter, Becca. Things get more out of control from there. The movie airs on Lifetime on Labor Day, September. 7th. Check your local listings for times in your area.

Tell me about your experience attending the Celebrating Women in Film and Diversity in Entertainment Event. Do you feel a disconnect with your experience working in the field as a woman compared to your male counterparts’ experiences?

I have seen women getting more and more opportunities to play strong leading roles and to write and direct movies over the years and I very much hope that this continues.

Morris’ star keeps on steadily rising as she books lead role after lead role both in film and television. She will be starring in Tom Six’s currently under wraps horror thriller The Onania Club and will recur on the Netflix series’ The Upshaws next to Wanda Sykes, Mike Epps, and Kim Fields in the coming months. Keep your eyes peeled for her promising future work.