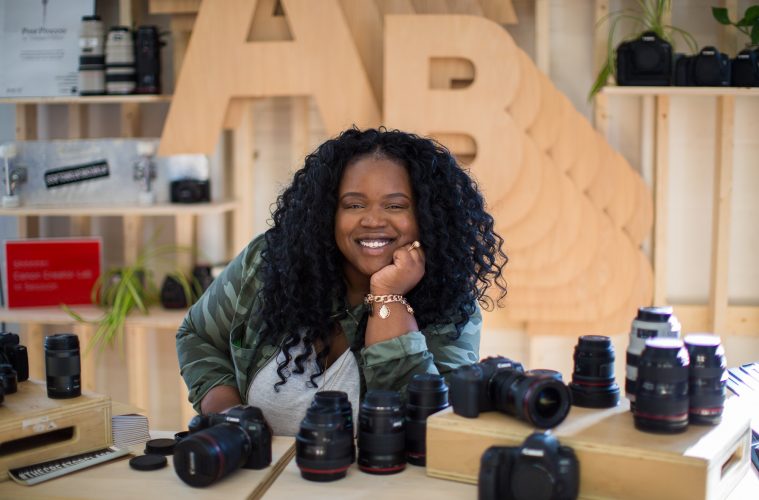 Can you tell us about sinking ship?

“Sinking Ship is a short film about a couple that’s out for drinks one night, and they’re sort of unpacking and being forthcoming about their feelings with each other and what’s happening in the relationship. The man starts it off by saying something relatively offensive to the women and we jump in from there. They try to have an intellectual, on the surface, conversation about their emotions, but what we see start to happen is while they’re on the surface having one conversation, there’s a surreal element that comes in to play that tells us another story of what’s happening.

It’s interesting because a lot of people watching this film start by classifying the guy as an asshole, but what he does that’s initially seen as “rude or offensive” can also be seen as pretty brave. I think there’s a number or men or people who would watch this conversation and be like ” that’s what i’ve been wanting to say and not knowing how to say it, or didn’t feel comfortable saying it because my partner may get mad, or their feeling would get hurt.” So, they end up keeping it in and walking around with it, pretending. His expectations are valid because that’s what we’ve encouraged and advertised in heterosexual relationships, that he’s supposed to want to feel needed. So, this guy has grown up thinking that this is an expected element of this man & woman relationship dynamic “she needs me to be a hero at some point in time to save her, to be her rock. I need her to be soft and to need me in that way.” So when he says it, what its being motivated by is very valid; that women are supposed to need men. So when he says it, the feelings he’s having, what that is being motivated by is very valid; this societal idea or norm that women are supposed to be needy for men. But there’s a lot more beneath it as we see them try to unpack it.

When Tania wrote it and we spoke about it, we didn’t want it to be something where people watched it and we’re just like “ugh, he’s such an asshole” and walked away. We wanted to offer something to both sides, to see where this comes from when a man says stuff like that. It’s not just a shallow “you’re not hot enough for me” there’s more to it and we wanted to show what that might be.

What inspired you to delve into the issues of inequality in the film industry?

I was born black and a woman. I didn’t have a choice. For me to accept the industry as it was meant I was going to get the short end of the stick a lot. It didn’t benefit me to accept the things the way that they are. Being in the film industry is hard as is, it’s a hard career to pursue in general. No matter the benefits, your film could still be trash.

How have the responses been to Sinking Ship and the RBC Trailer?

We got great responses. People who knew me were proud to see me in such a large spotlight, and it built my audience and legitimized it. There are certain things that feel big to us but don’t land to an audience. This legitimized me as a storyteller with something to say to a whiter audience in Canada, and internationally because of the inclusion of something like TIFF.

How did you find/decide which artists to work on with this film?

I knew there would be a lot of challenges for me because the entire film is VFX, I wanted to work with a team I had familiarity with and a short hand with because we’d be working with such new elements. I wanted to work with the best people for the job who found understood it, and found it interesting and willing to take on the challenge of trying to direct a couple having this conversation in French, which I don’t speak, and doing it in VFX, and seeing them taking on that challenge and delivering it. I met Nick on my first feature “The lock Picker”, and we met there early days. he’s been so great, he collaborates a lot with people making their films in the CFC, Alicia Young, Kelly  5 Marshall who are all female creators I respect. James Finley, he did sound, I worked with him on my first short “Bitches Love Brunch” and he was so stellar at his job, and working with Kelly in the director assistant capacity. It’s just some of the best people i’ve come to know over the years that’s just really good at their job. As a director, if I can trust that then my focus can be really easy & clear on just getting the best picture if I know that all my heads of departments are the aces of the best aces I could have on the job.

What steps are you seeing being made for women in the industry?

Seen a number of programs and initiatives, something like “share her journey” has been huge over the last 5 years, championed by RBC. Seeing more strides to get better rep in front and behind the camera. One of the biggest representation i’m seeing is talk about ways we  perceive women in front of the camera, a lot of changes there has been really refreshing. There are more programs looking to representation behind the camera. I hope in this new call for equality across the board, issues can become trendy, instead of, we need to be building on the intersection we’re building on. As we identify these gaps, fold them into the work we’re already doing. It seems regressive sometimes because we champion women and its almost like we shift the cause completely to a new thing, and time frames that don’t give us enough time to ensure to  success to what we’re implementing. I don’t want people in a few years to look at these issues of representation we’re facing and be like “okay we did it cool whats next”. It really should be building on each of these intersections as we move forward.

Have you tackled similar issues in your past projects?

Are you working on anything now? What can you tell us about it?

What is a piece of advice you have for people breaking into the film industry? (it can be a message for women and/or for anyone entering)

Find your community and just keep going. Find like minded people that will support you, it’s a fun but hard career. Community will get you through, community is what you learn from and what point you. Keep going, don’t be afraid to consider a strategy for your career