The Tik Tok trend known as No Nuance November has become a major hit. This trend allows people to post their opinions whether controversial or not, without any sort of context. The trend was created by the user known as @abolish_ice, to express their political views, however, the trend grew and grew and by the 24 of November about a billion people have viewed the hashtag #NoNuanceNovember. 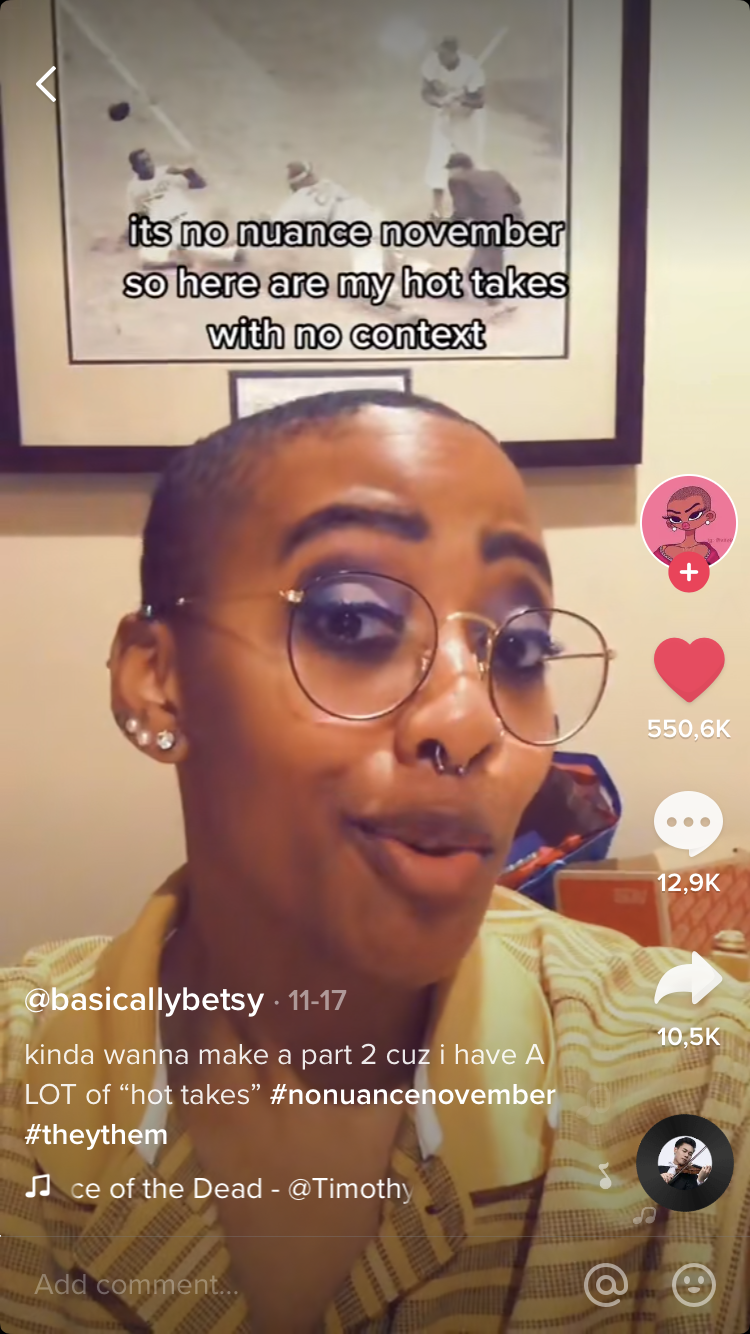 A variety of topics started being discussed, any and everything ranging from Fashion to skincare and anything in between and beyond. The trend has allowed people to freely express their beliefs and feel confident enough to do so without having to defend what they’re saying. And honestly, we are here for it! Many of these takes were deemed “controversial” because it’s not mainstream opinions

I think removing the discourse in discourse makes it easier for people to resonate with what is being said before trying to argue the point being made. It also forced many people who want to better understand to go and do their own research on these topics. There have been some really eye-opening opinions being dropped, and as November slowly comes to an end here are some of my favourite hottest takes I’ve come across so far and no I will not be explaining why. 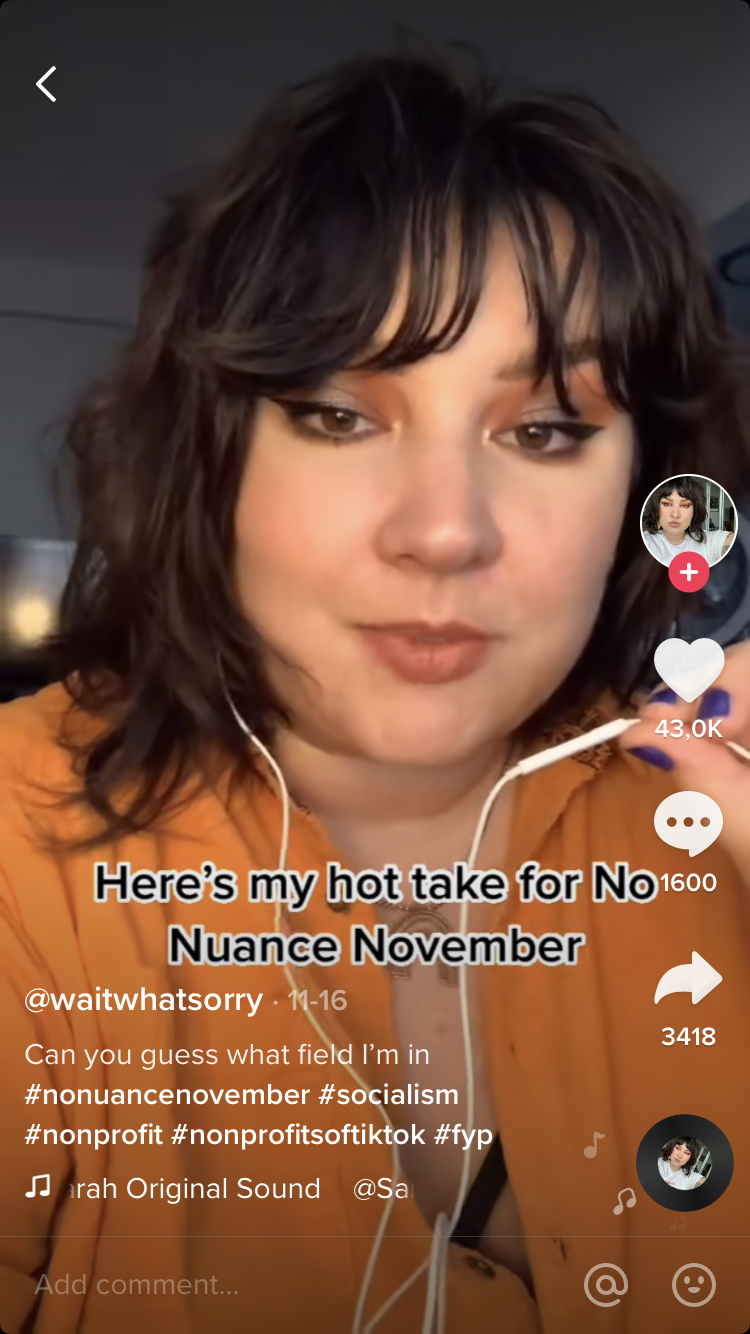 User @waitwhatsorry says “Non-profit organizations are one of the most egregious perpetrators of staff exploitation. They use your emotional investment in the work, in the cause to justify paying you less and working you harder. They use the language of “family” to selectively violate professional boundaries when it suits their needs. @e.lyyse hot take “All white people are racist to some degree it just comes along subconsciously with the privilege, and if your parents are racist, more than likely you are too, no matter how hard you try to hide it”.

Lastly here are some rapid-fire takes from @basicallybetsy, Female beauty standards and rooted in pedophilia, charities to more harm than good, morals should not be debated, political debates are inherently problematic, promoting veganism indirectly promotes racism, domestic animals don’t exist and they promote animal cruelty. Wow, that was a breath full but remember you don’t have to believe everything you read or hear, do your own research and form educated opinions of your own.