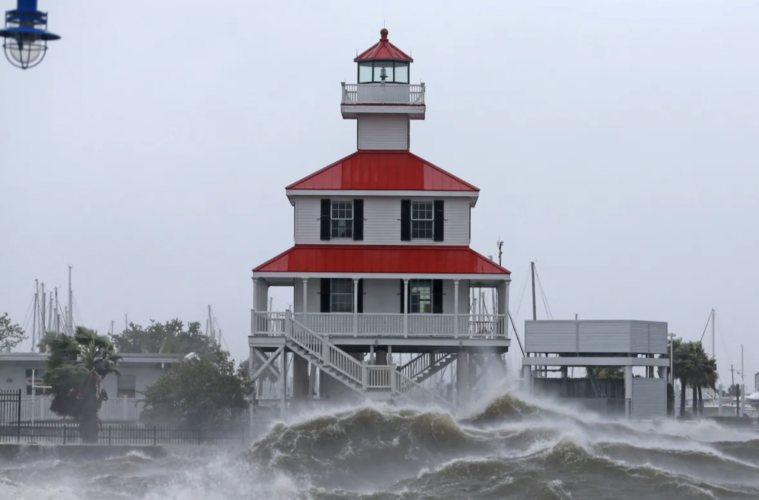 Hurricane Ida Is Expected To Be Stronger Than Katrina

Hurricane Ida makes landfall in Louisiana as one of the most powerful to ever hit the U.S.

Hurricane Ida blasted ashore Sunday, rushing from the Louisiana coast toward New Orleans and one of the nation’s most important industrial corridors.

The powerful Category 4 storm with winds of 230 km/h hit on the same date Hurricane Katrina ravaged Louisiana and Mississippi 16 years ago. It hit ashore about 72 kilometres west of where Category 3 Katrina first struck land.

The rising ocean swamped the barrier island of Grand Isle. The hurricane was churning through the far southern Louisiana wetlands, with more than two million people living in and around New Orleans and Baton Rouge up next.

“This is not the kind of storm that we normally get,” Gov. John Bel Edwards told The Associated Press.

“This is going to be much stronger than we usually see and, quite frankly, if you had to draw up the worst possible path for a hurricane in Louisiana, it would be something very, very close to what we’re seeing.” 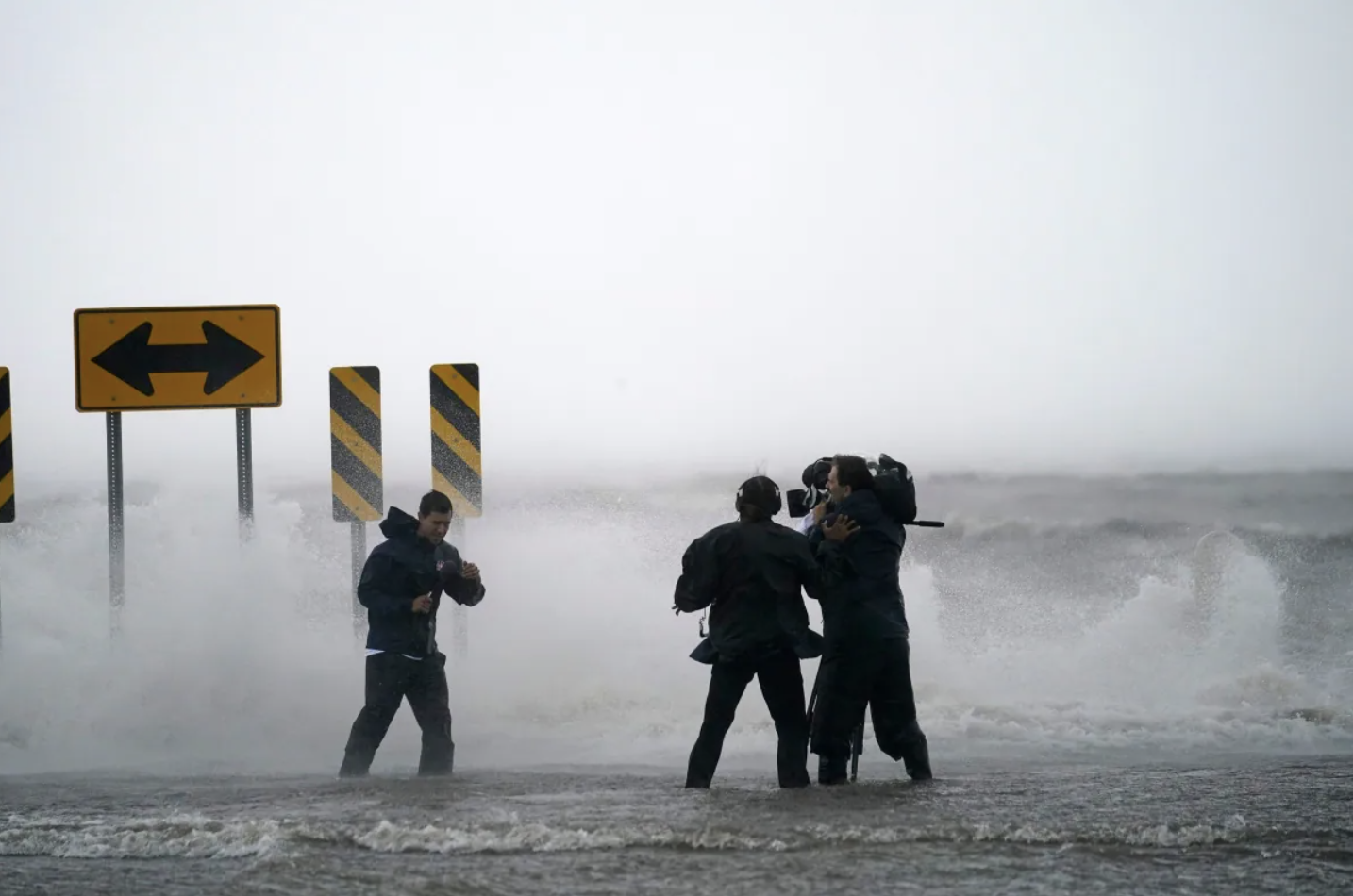 A news crew reports on the edge of Lake Pontchartrain ahead of approaching Hurricane Ida in New Orleans on Sunday. (Gerald Herbert/The Associated Press)

The wind tore at awnings and water spilled out of Lake Ponchartrain in New Orleans before noon on Sunday.

Officials said Hurricane Ida’s intensification from a few thunderstorms to a massive hurricane in just three days left no time to organize a mandatory evacuation of the city’s 390 thousand residents.

Mayor LaToya Cantrell urged residents to leave voluntarily. Those who stayed were warned to prepare for long power outages amid sweltering heat.

Ida’s 230 km/h winds tied it for the fifth-strongest hurricane to ever hit the mainland U.S.

Hurricane Ida made landfall in the United States as an extremely dangerous Category 4 storm that could plunge much of the Louisiana shoreline under water https://t.co/ay2M1085rA pic.twitter.com/3d7R6wBgiS

Those winds came through Port Fourchon, where boats and helicopters usually gather to take workers and supplies to oil platforms in the ocean. It’s also where extracted oil starts its journey toward refineries.

The landfall of Katrina weighed heavily on residents bracing for Ida. Katrina left 1,800 deaths as it caused levee breaches and catastrophic flooding in New Orleans and demolished oceanfront homes in Mississippi. Ida’s hurricane-force winds stretched 80 Km from the storm’s eye or about half the size of Katrina.

Ramsey Green who is in charge of infrastructure for the city of New Orleans emphasized before the worst of the storm that when it comes to protection against storm surge, the city is in a “very different place than it was 16 years ago.” 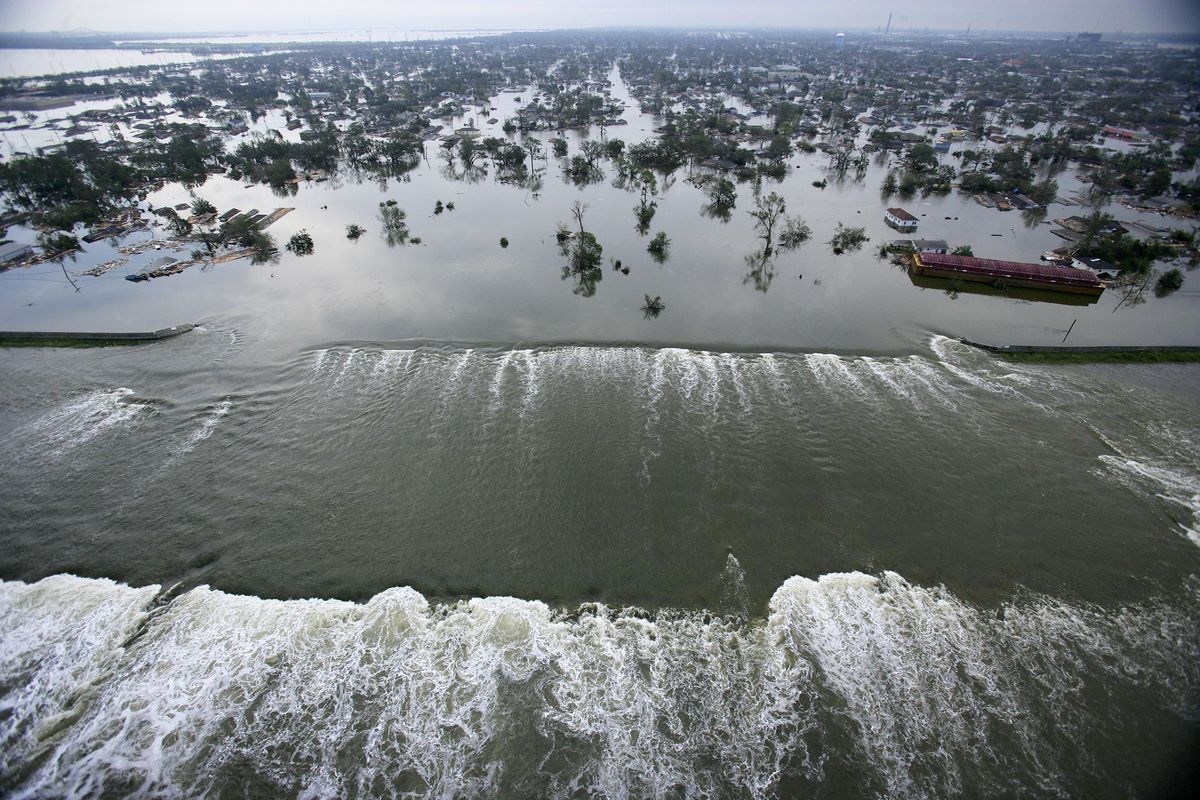 Water spills over a levee toward New Orleans during Hurricane Katrina. AFP via Getty Images

Water should not penetrate the levee system, which has been massively overhauled since Katrina. But if forecasts of up to 50 centimetres of rain come true, the city’s underfunded and neglected network of pumps, underground pipes and surface canals likely can’t keep up, Green said.

“Ida will most definitely be stronger than Katrina, and by a pretty big margin,” said University of Miami hurricane researcher Brian McNoldy.

“And the worst of the storm will pass over New Orleans and Baton Rouge, which got the weaker side of Katrina.”