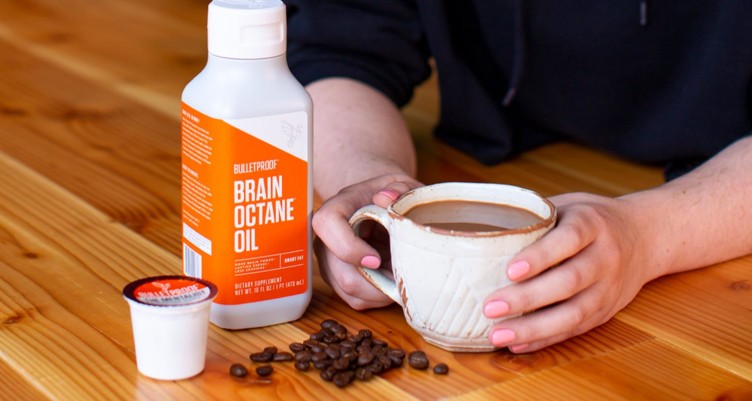 Is Bulletproof Coffee All That Good For You? Here’s What To Know

If there’s one beverage that receives a lot of praise and controversy alike, it’s Bulletproof coffee. For those not in the know, Bulletproof coffee is a high-calorie coffee drink that people consume instead of a proper breakfast. It consists of black coffee, grass-fed unsalted butter and MCT oil being blended up before consumption. Many who follow either a keto, low-carb or paleo diet swear that it’s the best thing you can possibly have.

But the controversy surrounding Bulletproof coffee is concerning, to say the least. Many don’t think that skipping breakfast in favour of fat-filled coffee is healthy. This opinion isn’t one from influencers or so-called health gurus— they’re shared by medical experts, too. They can make you wonder if Bulletproof coffee is all that good for you after all.

With that, you should know the three big downsides of regularly consuming Bulletproof coffee: Because it has both butter and oil in it, Bulletproof coffee is high in saturated fat. This is quite dangerous because, as we all know, saturated fat is terrible for you. While the negative health effects that come with consuming too much saturated fat are often disputed by health experts, one can be agreed on— it can increase one’s risk of heart disease.

Despite not knowing all of the negative effects of saturated fat, experts still advise people to limit their consumption of it. Saturated fat can be part of a healthy diet, but not an alarming amount of it. That’s why many suggest either limiting your intake of Bulletproof coffee, or not consuming it at all.

The reason Bulletproof coffee exists is as a meal replacement for breakfast. Instead of eating a normal breakfast of avocado toast, cereal or eggs, you’re to drink a heaping cup of Bulletproof coffee instead. Sounds like a good idea— but it’s actually too good to be true.

The biggest issue with replacing a proper breakfast with Bulletproof coffee is arguably the lack of nutrients contained within the latter. Coffee contains no nutrients to speak of. Meanwhile, MCT oil is a processed and refined oil that also contains no nutrients whatsoever. Grass-fed unsalted butter contains butyrate, linoleic acid (LCA), vitamin A and vitamin K2. But that isn’t enough, meaning that you’re better off consuming a proper breakfast than relying on Bulletproof coffee for your essential nutrients.

Despite the few benefits of Bulletproof coffee, there’s actually more harm than good associated with it. It’s high in saturated fat, can raise LDL cholesterol, and contains little nutrients. You can consume it if you wish, but it’s not as amazing or life changing as many may make it out to be. Use your own discretion, but also listen to medical professionals who don’t speak as favourably about Bulletproof coffee. In the end, the choice is up to you as to what to do.

For the latest in health and lifestyle, follow us @HOLRMagazine.