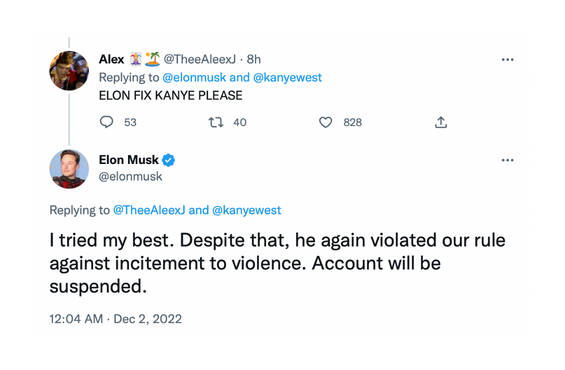 Kanye has been spewing vile hatred and antisemitic rhetoric to anyone who will listen and it has now resulted in him losing his Twitter account. After getting his account back following Elon Musks takeover of Twitter on October 27th, his stint on it was short lived.

I tried my best. Despite that, he again violated our rule against incitement to violence. Account will be suspended.

Elon remove Kanye from Twitter following him posting the Star of David altered with a swastika inside. Elon Tweeted, “I tried my best. Despite that, he again violated our rule against incitement to violence. Account will be suspended.” His account was suspended in the early hours of Friday morning for violating the platforms on violence.

This comes after his disturbing appearance on conspiracy theorist and white supremacist Alex Jones show InfoWars. On the show, Kanye went on to say that “Hitler did great things”, praised Nazis, denied the holocaust and attacked jewish people. Kanye’s hateful rhetoric has already cost him lucrative partnerships with brands such as Adidas and allegedly reduced his net worth to $400 million from $1.5 Billion, as per Forbes.

Kanye’s accounts suspension is the second time he has been suspended from the site due to antisemitic Tweets. The first being before Elon Musk’s takeover. Before being suspended Kanye West also made a post about Kim Kardashian and Chris Paul, saying that he caught his then wife cheating with the NBA Player. 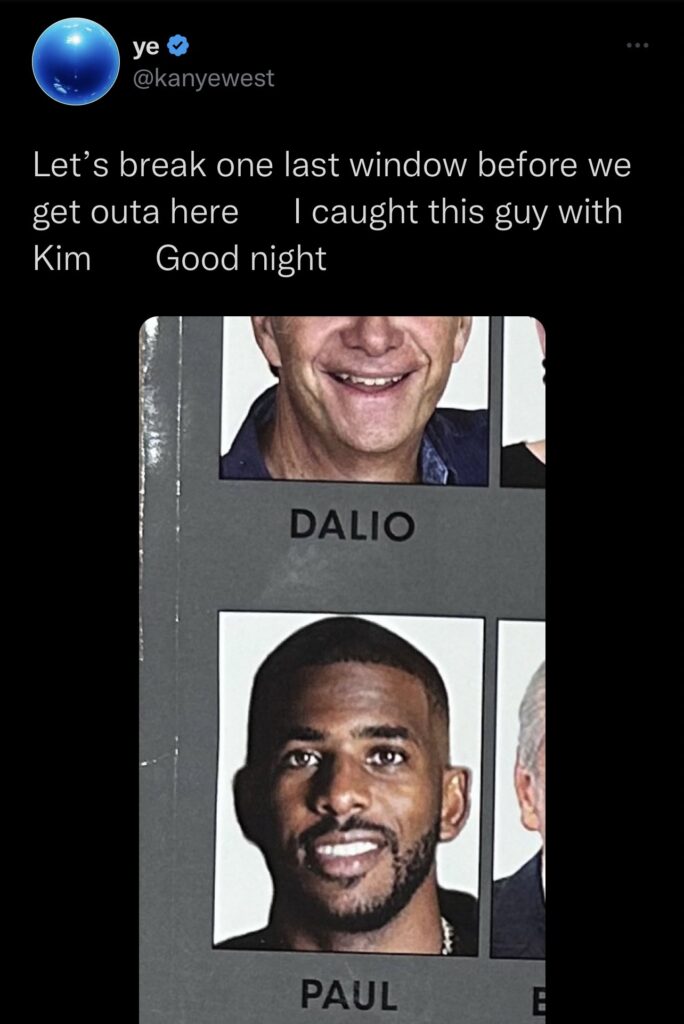