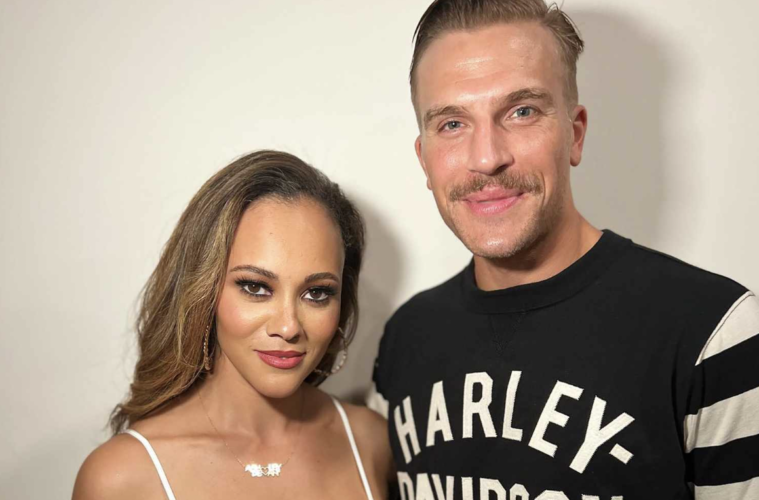 Ashley Darby and Luke Gulbranson were serious until this incident allegedly happened! HOLR is breaking down the latest post from Deux Moi detailing why the couple supposedly split.

A new post on Deux Moi alleges why Summer House’s Luke Gulbranson and Real Housewives of Potomac’s Ashley Darby have seemingly called it quits after the two were rumored to be together.

According to the below post on pop culture platform, Deux Moi, the two were supposedly getting serious until Darby caught Gulbranson talking to other girls and “dropped him.” The post alleges that Gulbranson even invited Darby to Minnesota to meet his family before things supposedly went south. 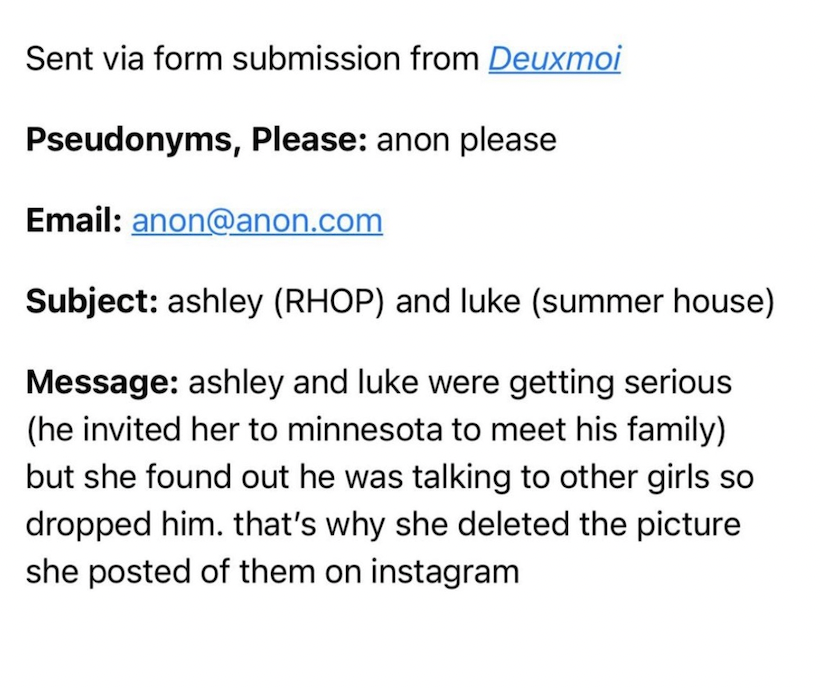 Darby and Gulbranson had seemingly gone Instagram official earlier but Darby has since deleted the photo of the two of them together after this alleged incident took place.

Since this is all rumored info, nothing has been officially confirmed yet but what do you think of the news? We’ll keep an eye on this story to see if any new updates come up regarding the duo.