On Monday, May 19, ‘Top Gun’ stars dressed in their finest threads for the London premiere red carpet, and we’ve rounded up the best looks from the night. 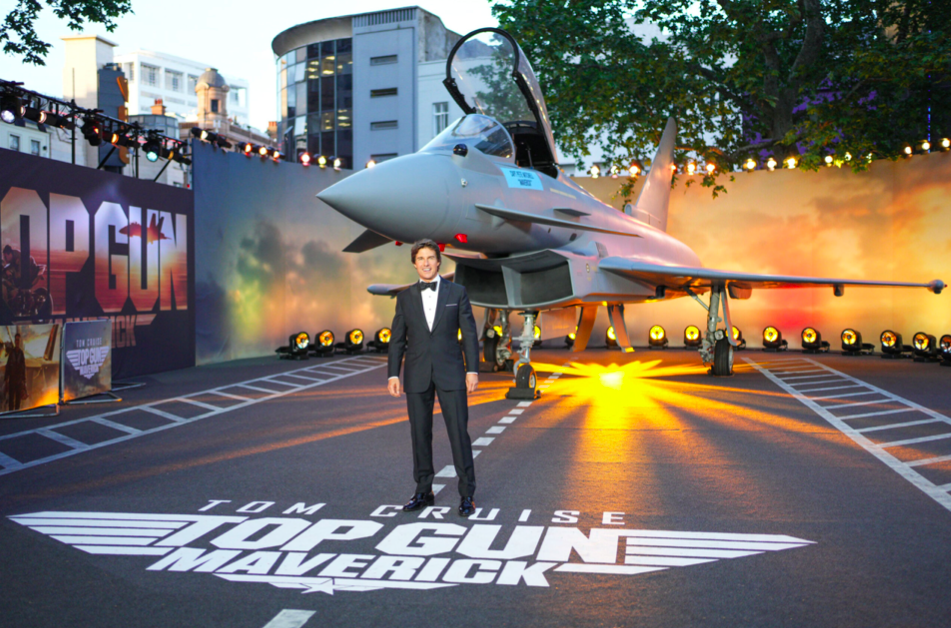 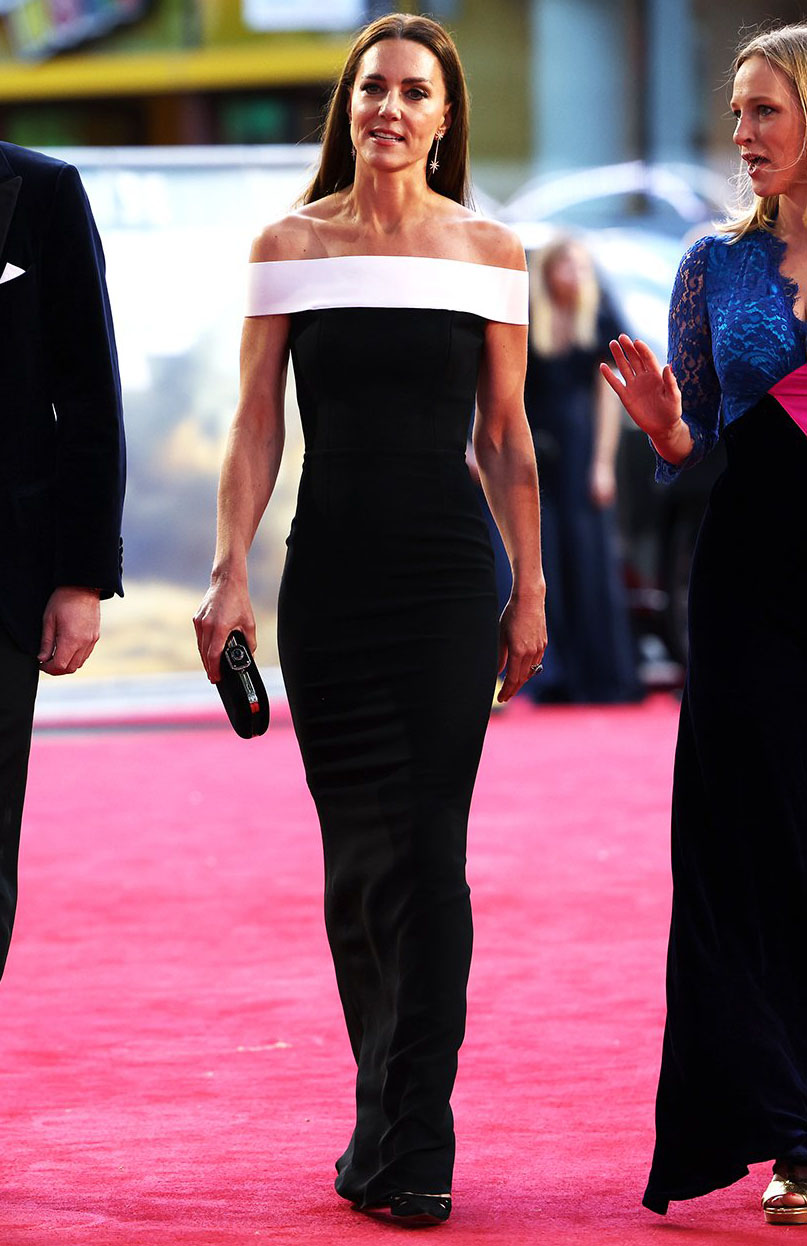 At the top of our list is, of course, none other than the Duchess of Cambridge herself. She turned heads at the premiere in an elegant off-shoulder black-and-white dress designed by Roland Mouret. Finally, The Duchess topped off her look with Prada pointed heels, an Alexander McQueen clutch, and Robinson Pelham jewels to score a fashion victory. 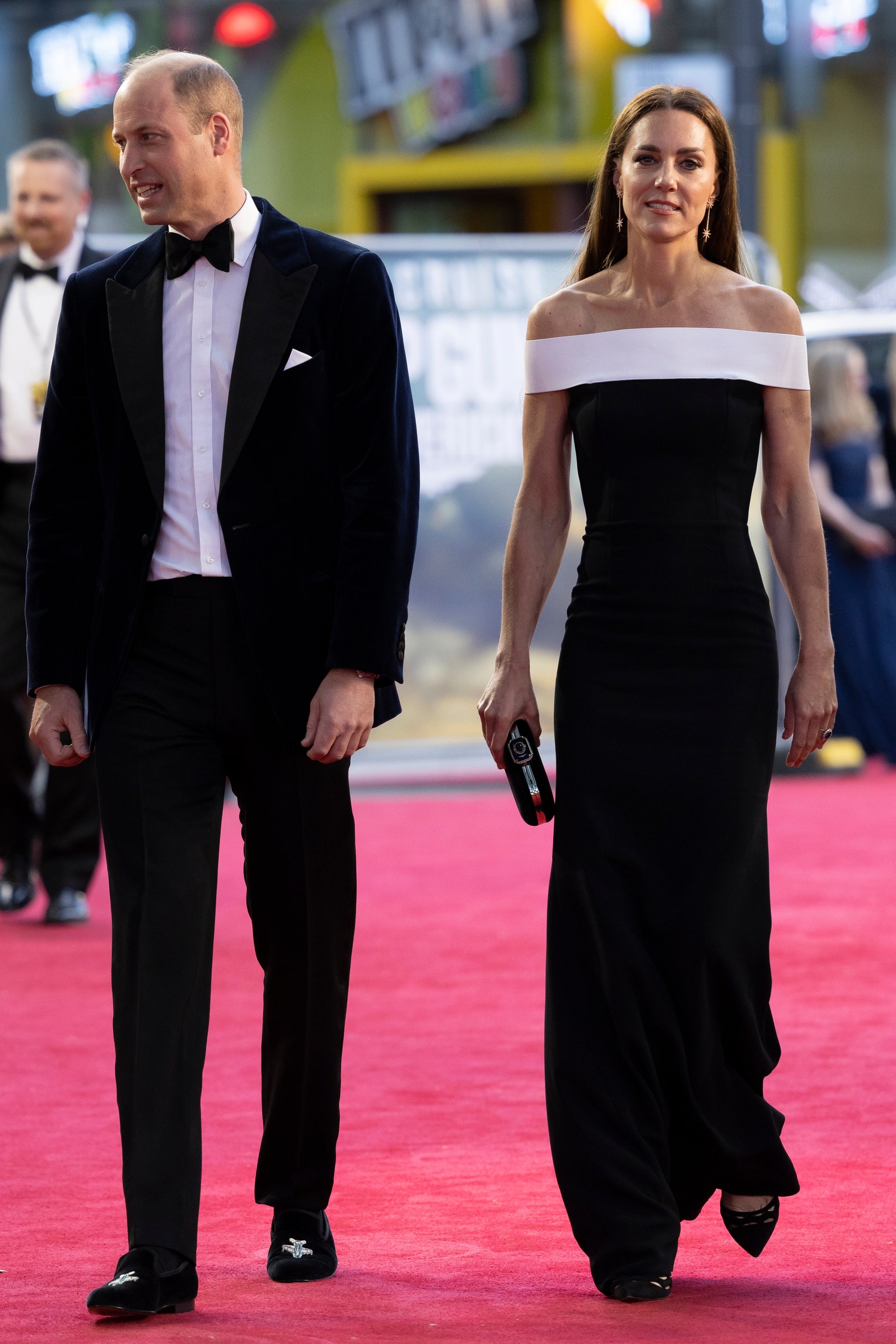 Now that’s a stylish royal! Prince William brought his fashion game to the London premiere. While it might appear that Prince William is wearing simple attire – think again! Prince William’s loafers feature an embroidered plane symbol. Not only are the shoes a nod to the movie, but they also serve as tribute for the years of service William accomplished as a pilot. The decorated slip-on shoes are the perfect final touch! 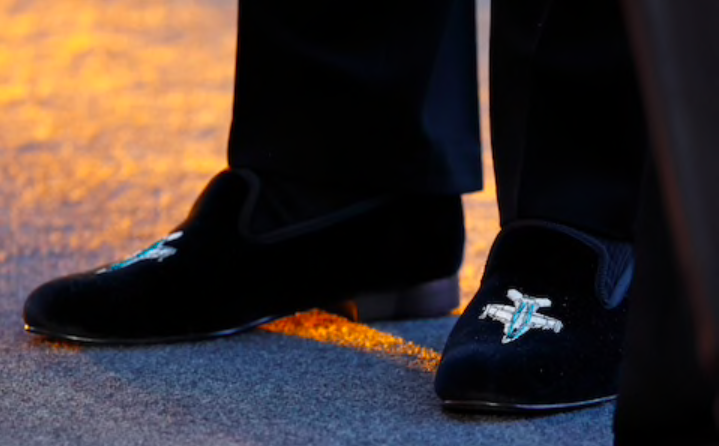 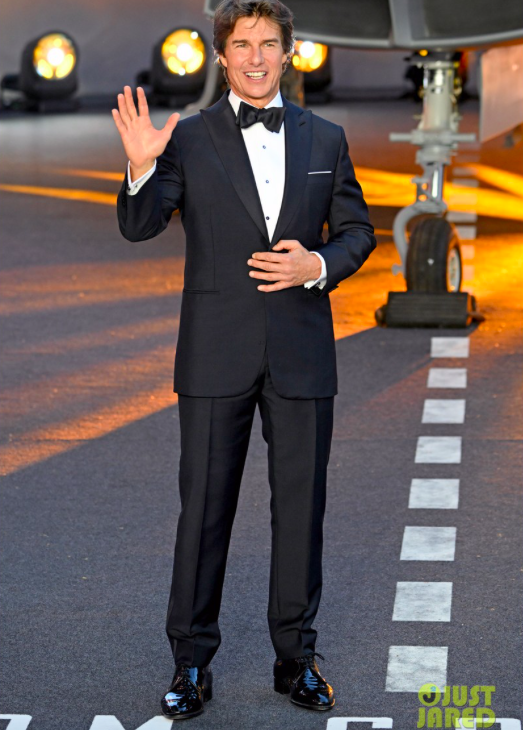 The star of the film did not disappoint at the premiere as he satisfied our need for speed (or, uh, fashion) with a traditional tuxedo tailored by the luxury brand Brioni. The pairing of a double-breasted tuxedo with Oxford glossy dress shoes fittingly suited Cruise, as all eyes were on the actor. 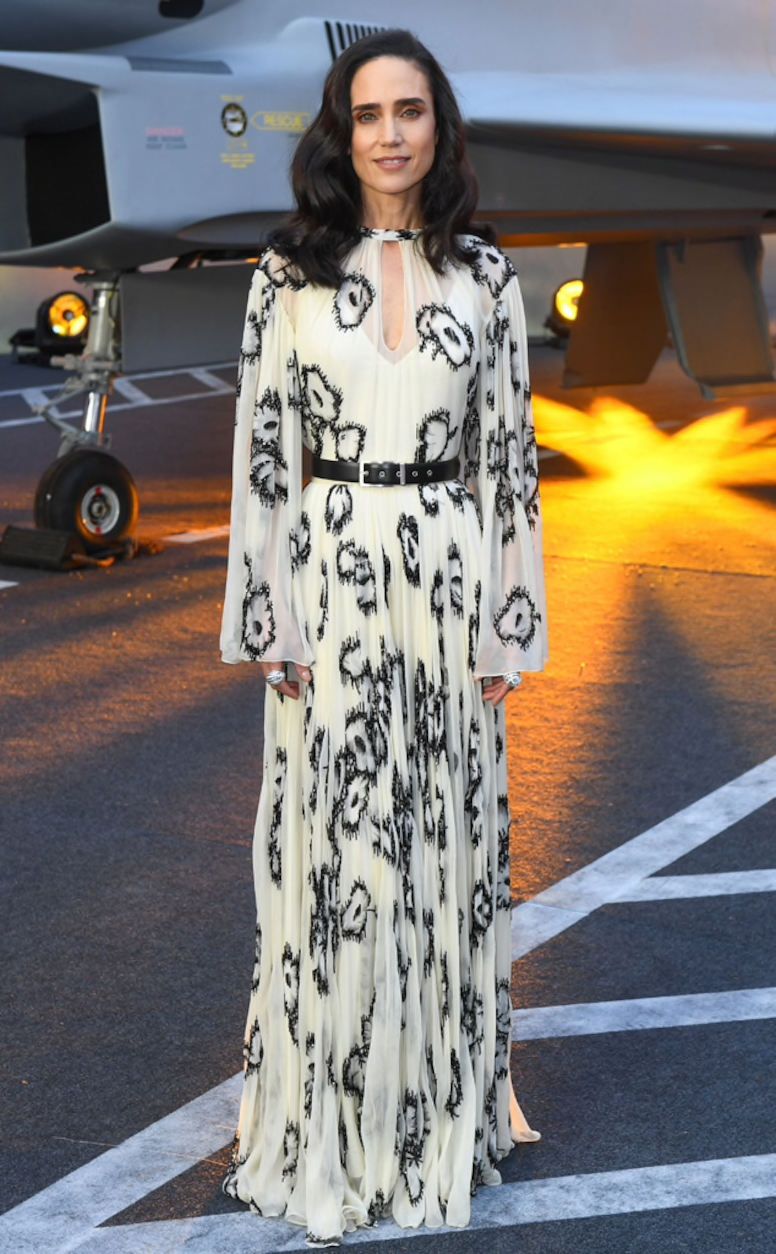 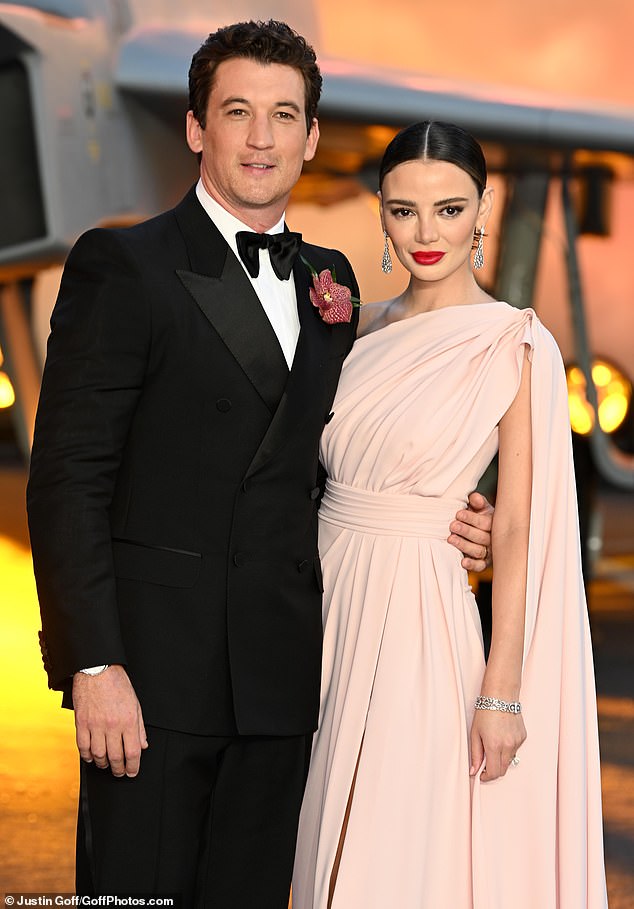 Did someone say power couple? This fashionable pair graced the premiere in some fashion-forward fits! Specifically, Miles rocked a classy tuxedo suit complemented with a floral boutonniere while Keleigh dazzled in a blush one-shoulder cape gown. Keleigh’s gown was designed by fashion house Zuhair Murad, and features a delicate train and thigh-high slit. 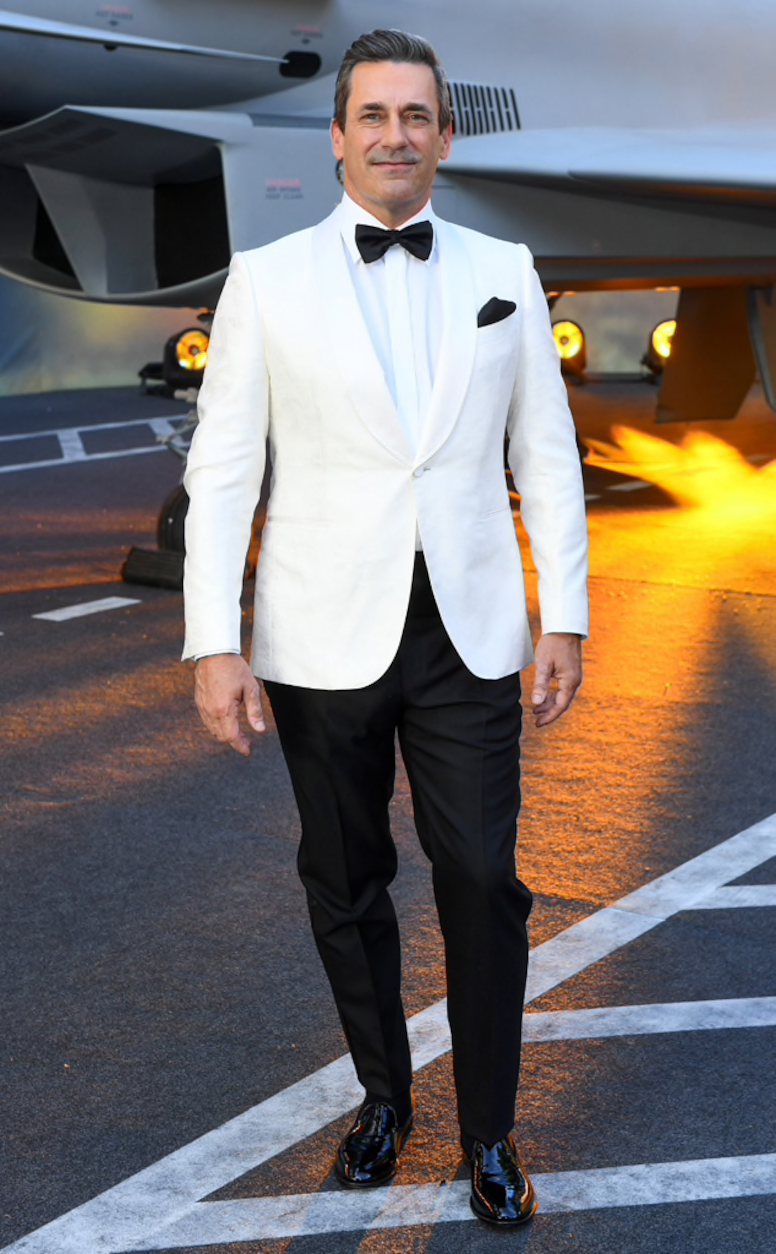 Jon Hamm looked super sharp at the premiere and we can’t say we didn’t see it coming. The actor’s ensemble consists of a crisp white tuxedo paired with a black bow tie for a dash of contrast. Lastly, he also sported black trousers and glossy dress shoes. Talk about an incredibly stylish man! 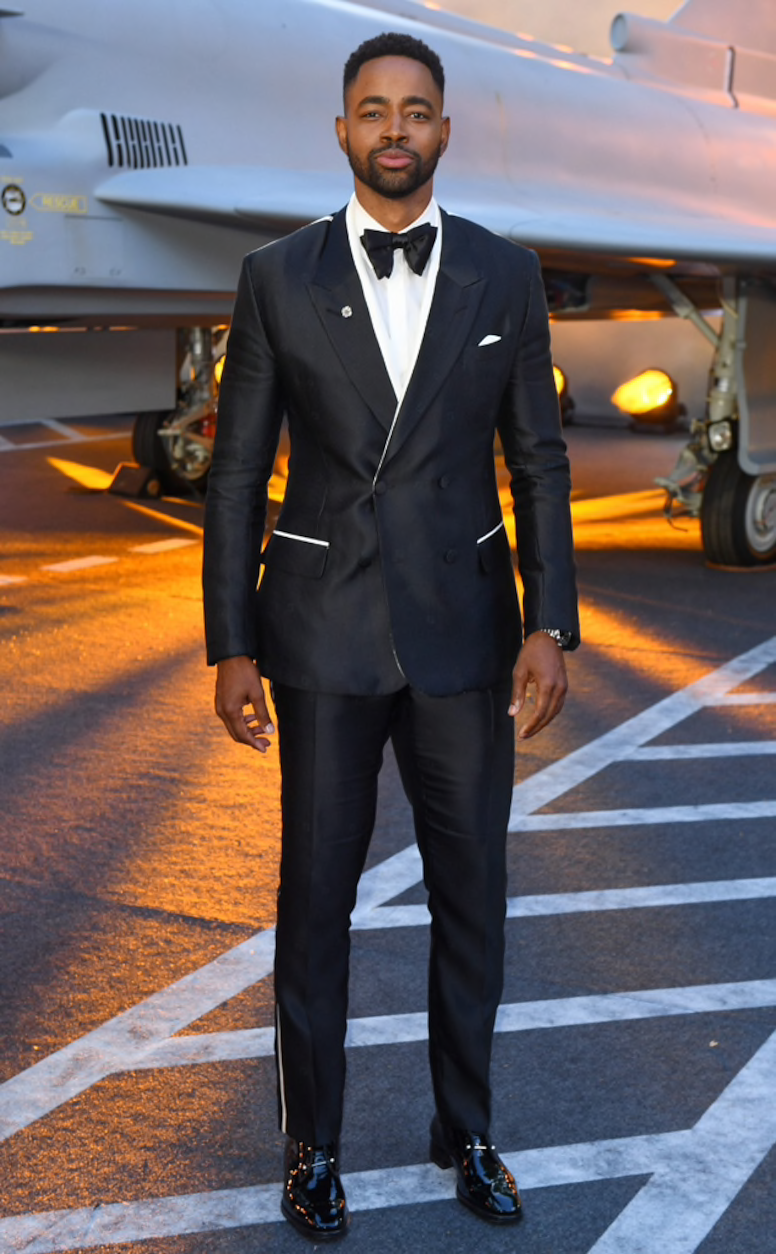 Jay Ellis arrived in style at the premiere red carpet. He donned an impressive Fendi suit and paired the look with louboutin dress shoes and David Yurman jewels. For the final finishing touch, his look features a pin by Zameer Kassam.

Which look is your favorite from the night?