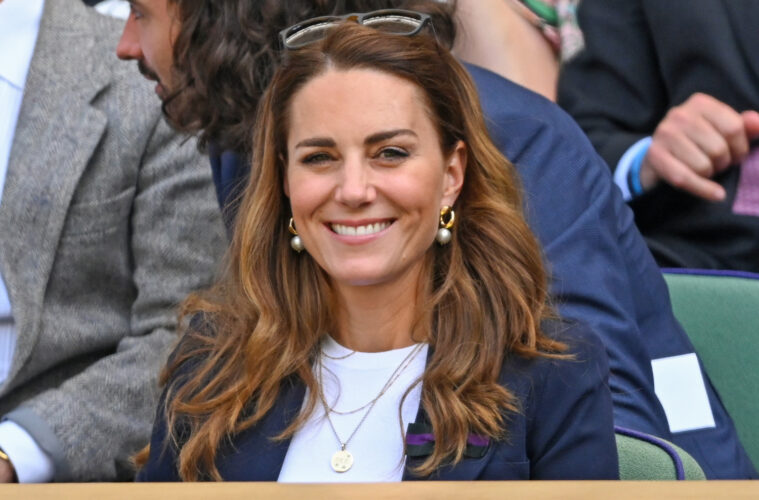 All The Celebrities At This Year’s Most Prestigious Event, Wimbledon

Wimbledon is back for 2021, which means not only enjoying the tennis but also all the court-side styles. Sadly, last year’s championship was cancelled due to the Covid-19 pandemic – the first time since World War II.

Today, on the final day of Wimbledon, we can fully appreciate all the celebrities that attended during the last two weeks.

This year we have been treated to the return of some royal style in the form of the Duchess of Cambridge, Kate Middleton. She is a patron of the All England Lawn Tennis and Croquet Club (AELTC), and a keen tennis fan, regularly in appearance at the annual tournament. Kate attended a few matches at the beginning of the tournament, but she remained absent in the final days. She has been in isolation due to coming in contact with someone infected with Covid-19. 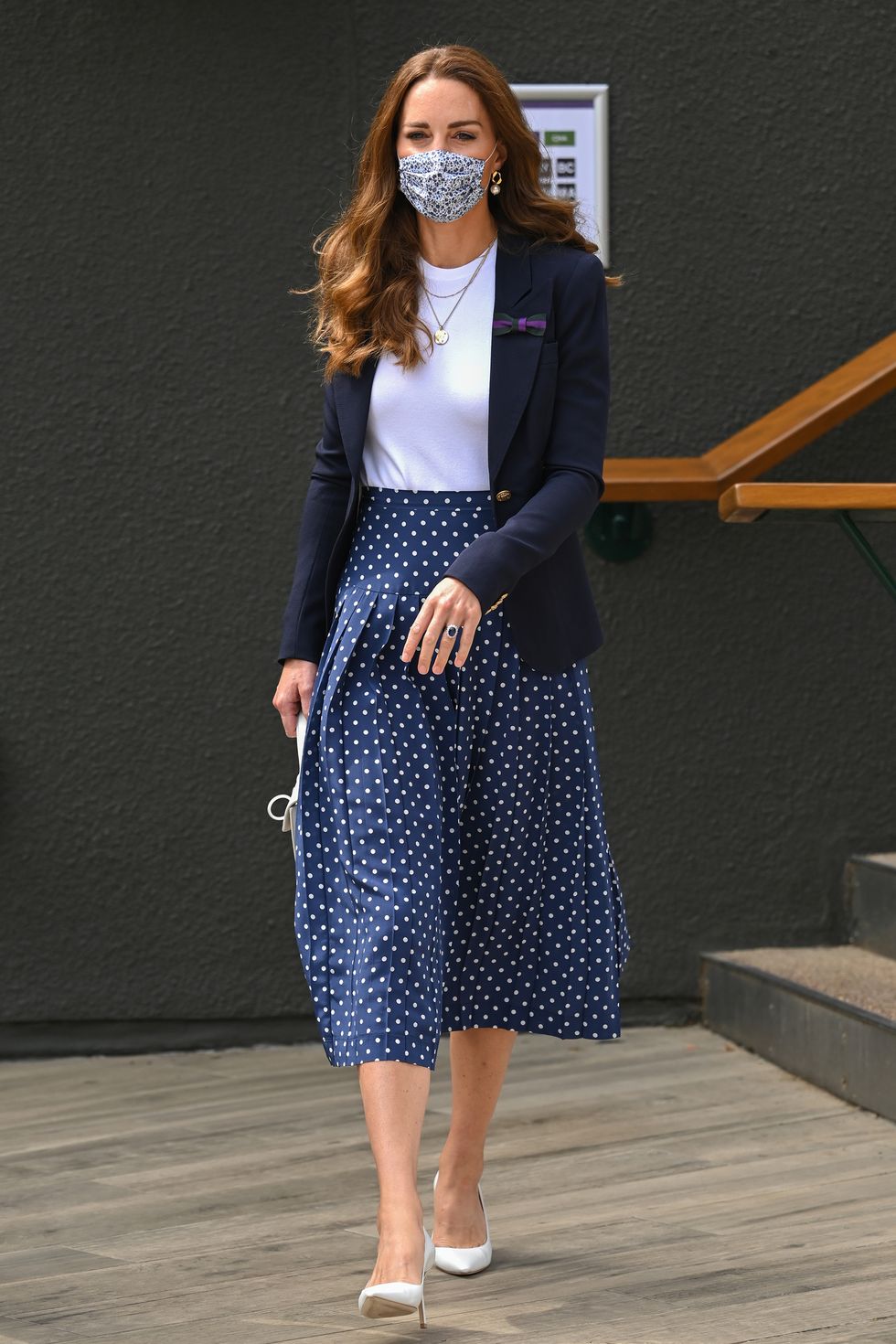 Kate’s absence didn’t mean there weren’t any other royal appearances. Princess Beatrice and Edo Mapelli Mozi attended the event while showing off the cutest baby bump in a polka dot dress with puff sleeves. Beatrice was also spotted chatting with her aunt Sophie, Countess of Wessex, who sat a few seats down to watch the day’s matches. Carole & Michael Middleton also made an appearance. The couple cheered from their front-row seats days after their daughter’s visit. 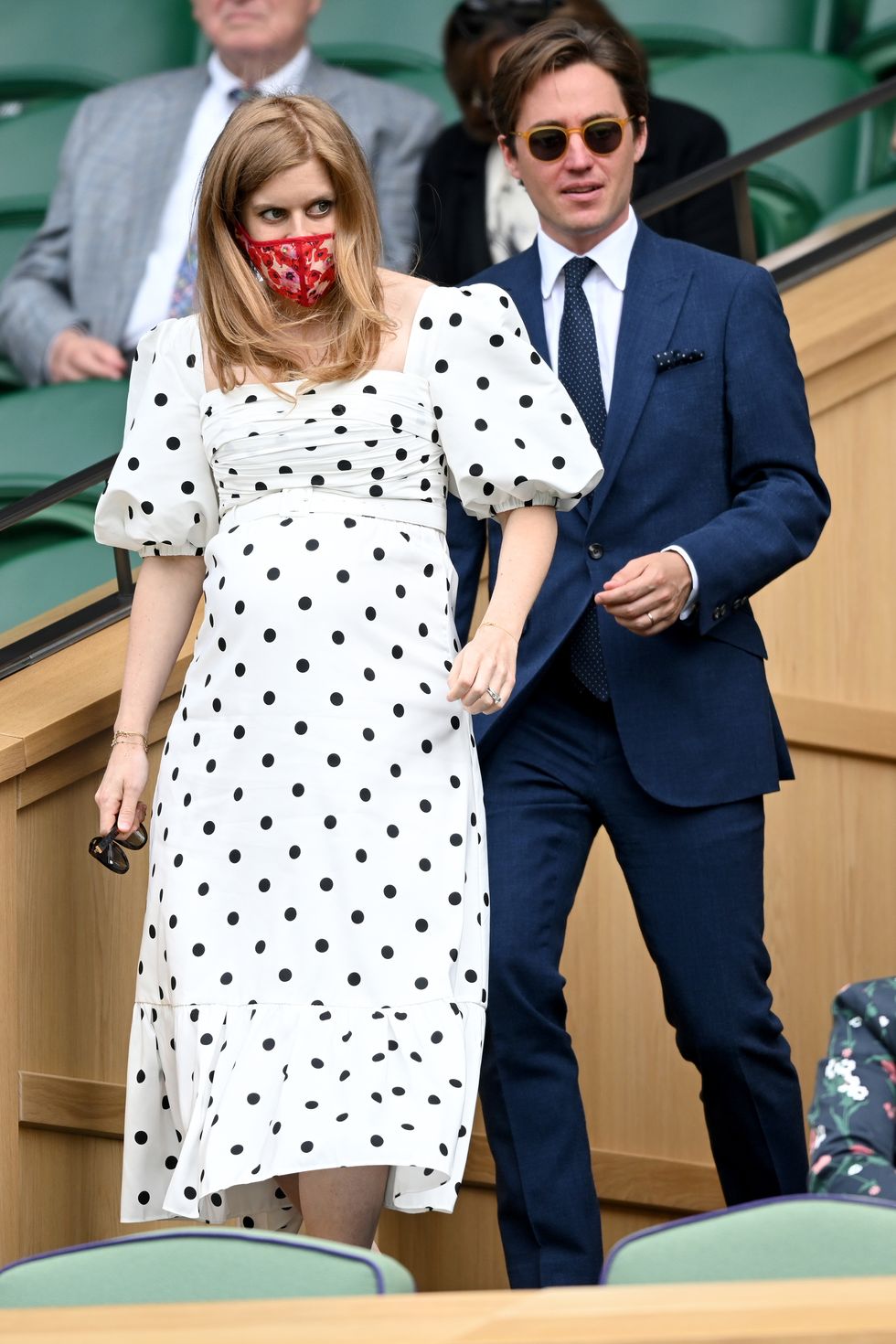 The Beckhams didn’t miss this year’s prestigious events. Flanked by friends, the Beckham’s second-oldest, Romeo, hit the court on day one, June 28. Days after his son made a trip to the tennis tournament, David Beckham was seen in deep thought at the July 9 men’s semifinal. 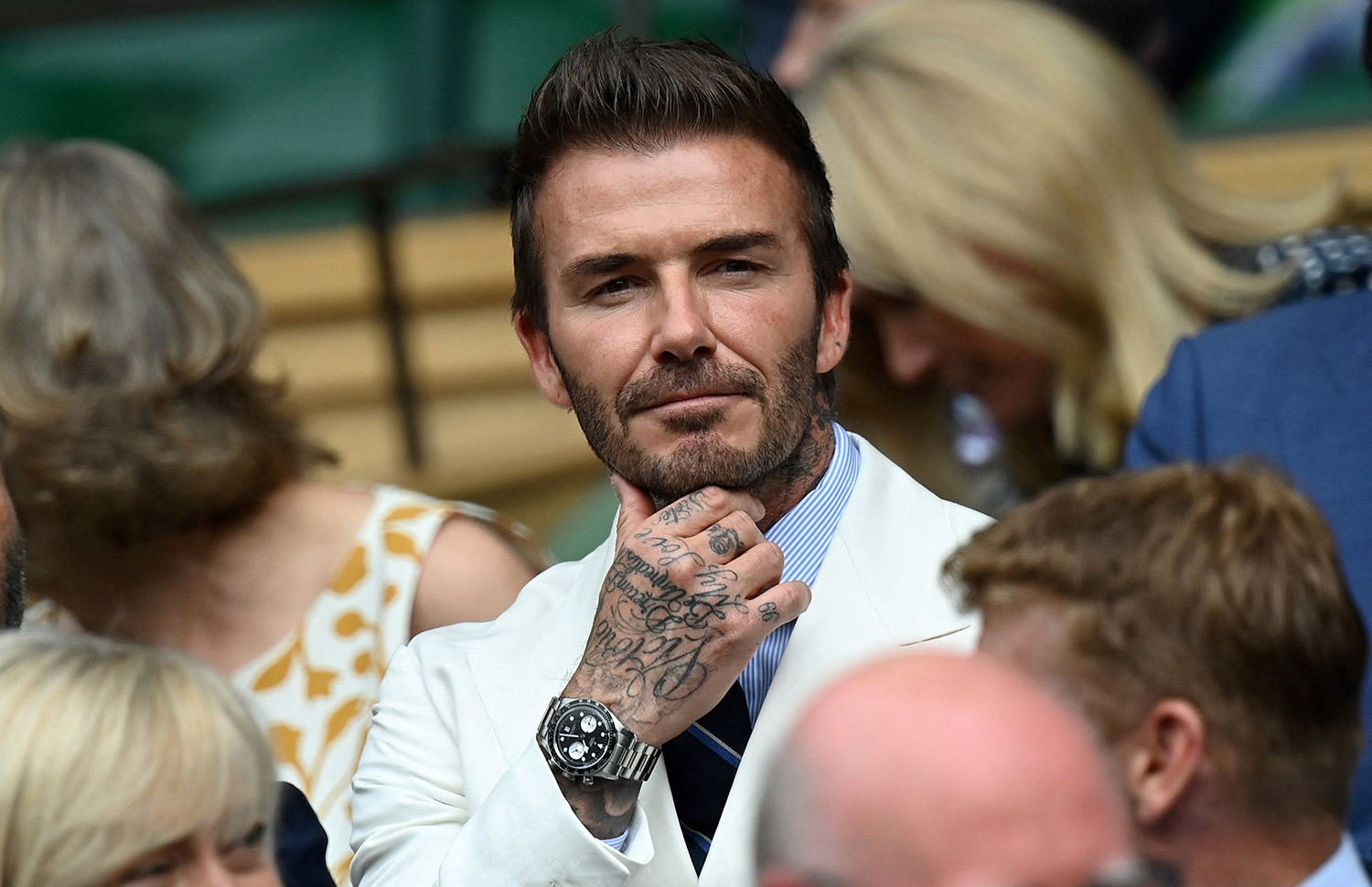 On July 6, Benedict Cumberbatch sweetly brought his father, Timothy Carlton, as his plus-one. Jessie J also attended that same day wearing a bold print as she visited the Evian Suite. 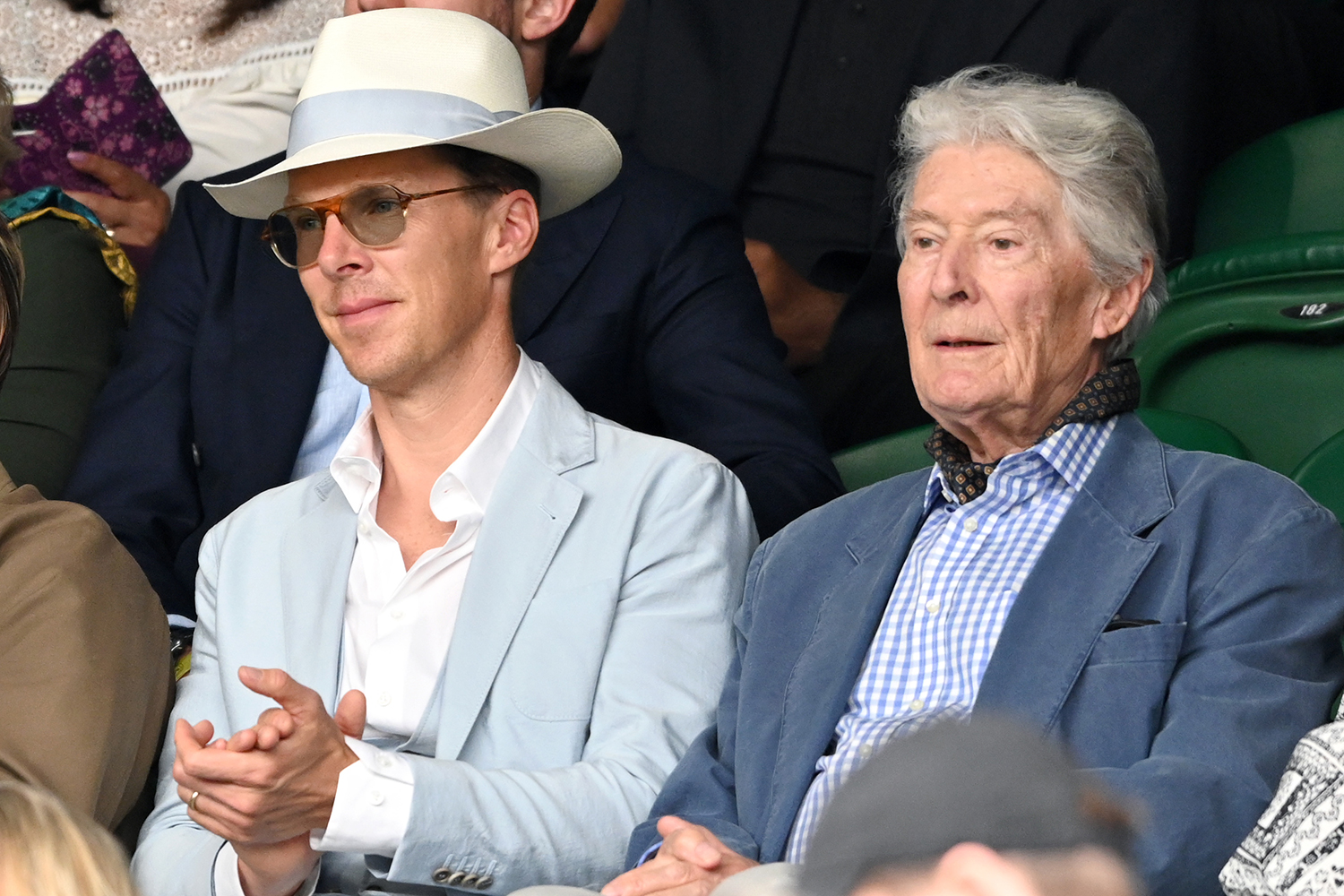 Eddie Redmayne and his wife Hannah were also seen enjoying the action. In their summer best, the actor and his wife delighted in the sport on July 7. On the same day, actor Hugh Grant and wife Anna Elisabet Eberstein were spotted between the crowds. 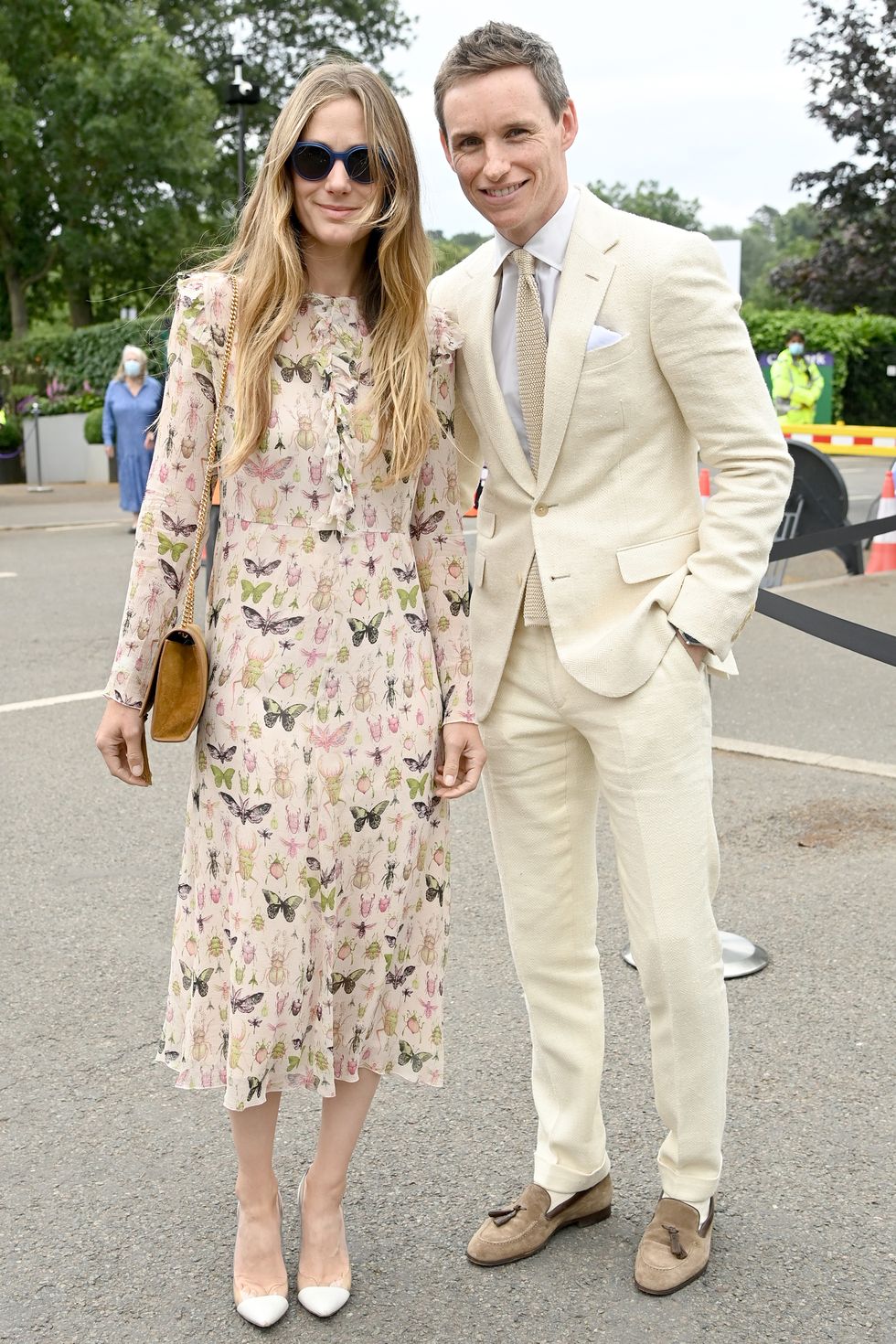 The Bridgerton cast did not disappoint with their attendance. Nicola Coughlan, who plays Penelope Featherington, looked stunning at the box with a shirt dress, black mules, and a matching bag. Phoebe Dynevor, non-other than Daphne Bridgerton, and Pete Davidson (the SNL star) made their first public appearance as a couple at Roger Federer’s July 3 match. The young stars were first linked in March. 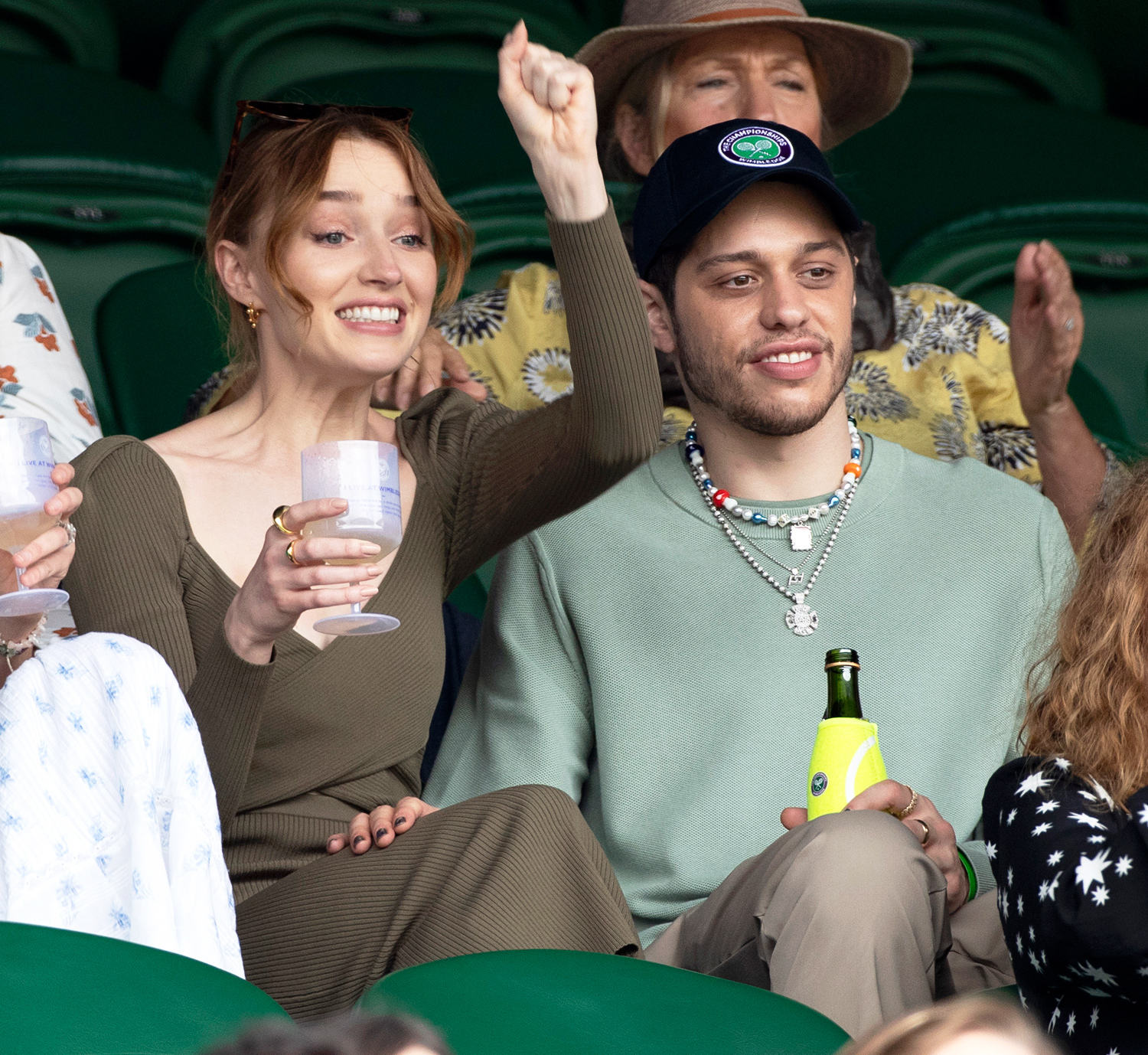