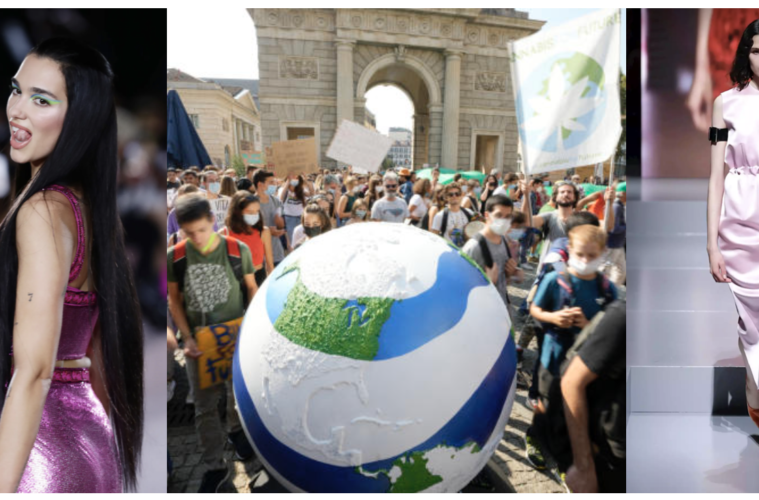 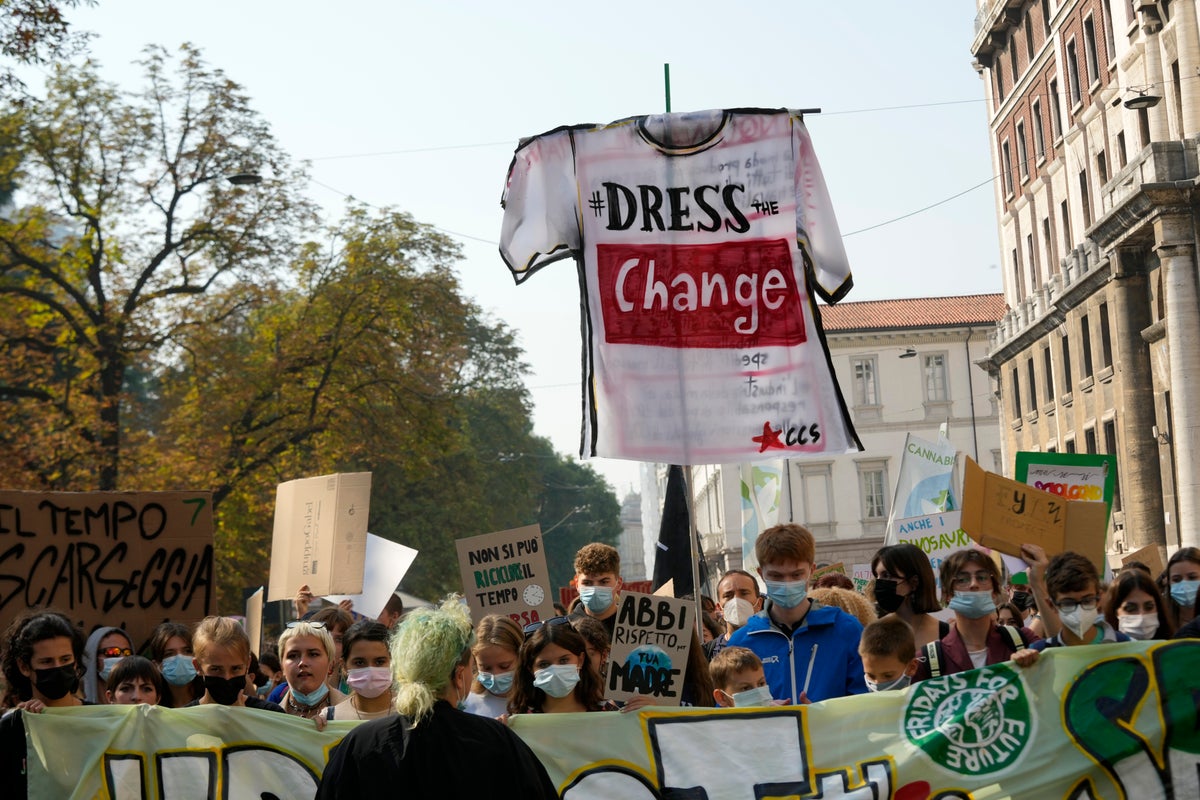 Environmentalists rally at Milan Fashion week protesting the industry for its contribution to carbon emissions and mass waste.

As we watch fashion week after fashion week it’s easy to get lost in the excitement of star-studded runways and the latest trends but we need to remember the cost of fashion.

Fashion trends are moving faster than ever with some lasting only a week. With 85% of textiles ending up in landfills each year the industry needs to reconsider its four-season structure.

We should celebrate fashion design and innovation but designers must incorporate sustainability and waste management into their work.

In her notes, Miuccia said, “We thought of words like elegant—but this feels so old-fashioned. Really, it’s about a language of seduction that always leads back to the body. Using these ideas, these references to historical pieces, the collection is an investigation of what they mean today.” 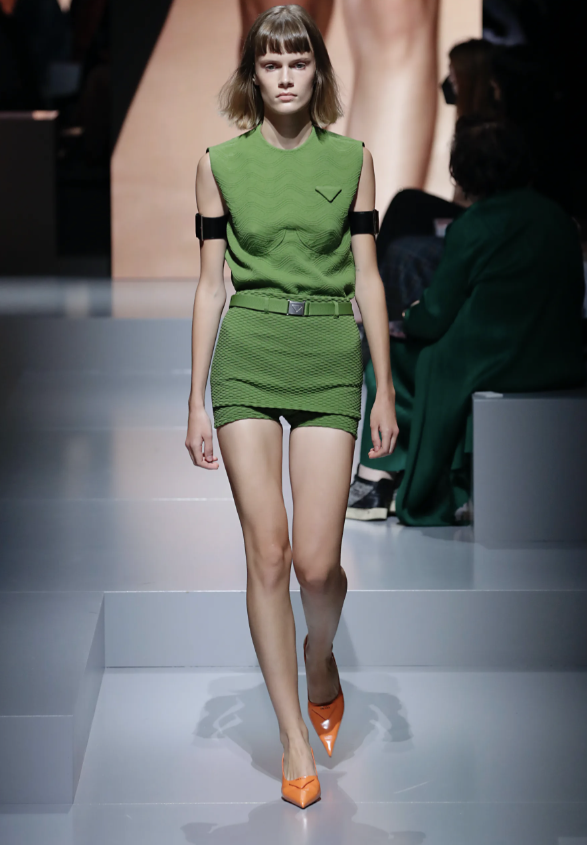 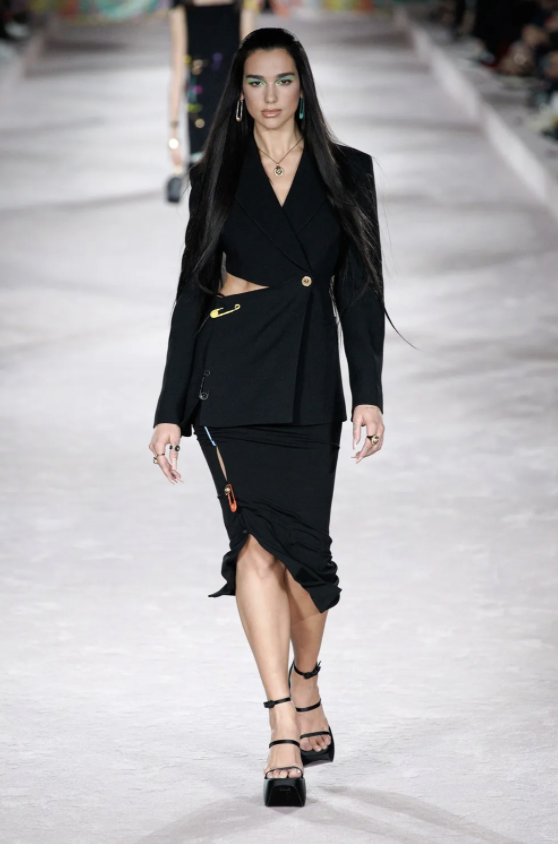 Dua Lipa has proved time and time again that she can turn a look but after the Versace show in Milan she has solidified her spot as a fashion It girl.

Dua demanded attention on the runway looking comfortable and confident. Perhaps her boyfriend’s sisters, Gigi and Bella Hadid had some pointers for the singer. 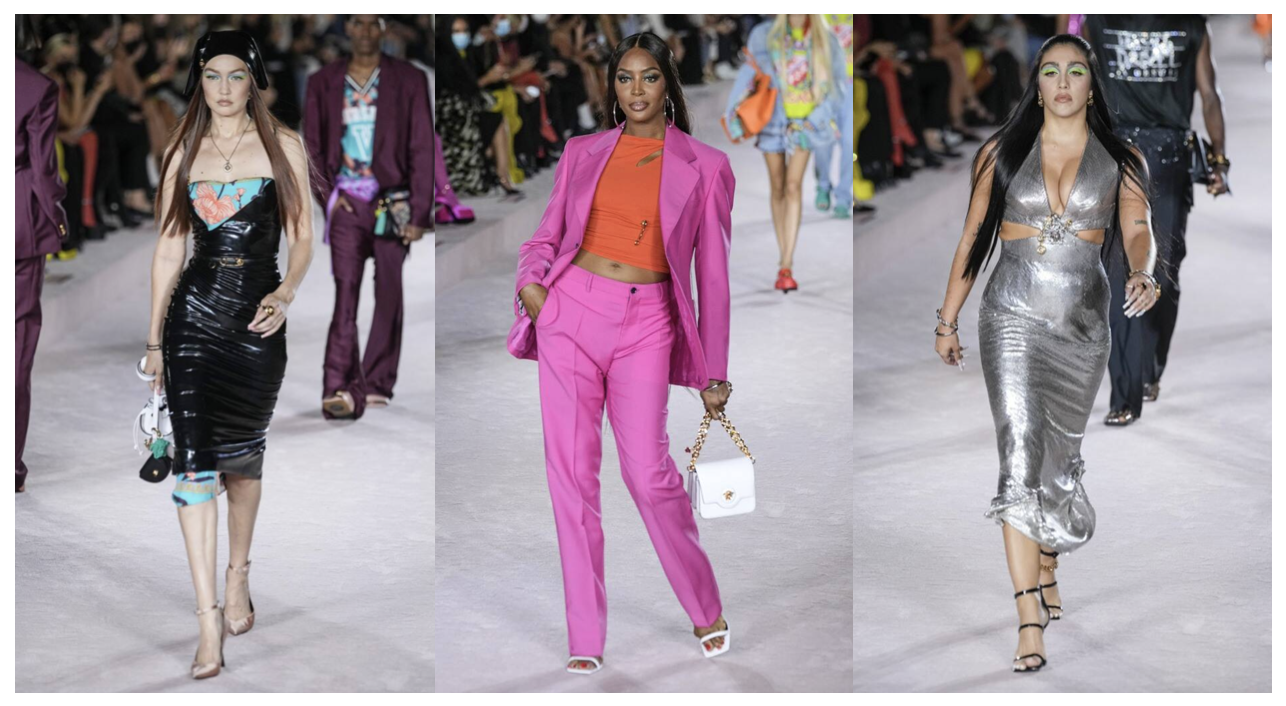 Gigi also walked in the show alongside, the effortless Naomi Campbell and Madonna’s daughter, Lourdes Leon.

Dua opened the show in a tailored black cut-out blazer and matching skirt, embellished with colourful safety pins and styled with platform sandals.

Dua closed the show pretty in pink! At the end of the show, the star was met by designer Donatella Versace for the designer’s closing bow.