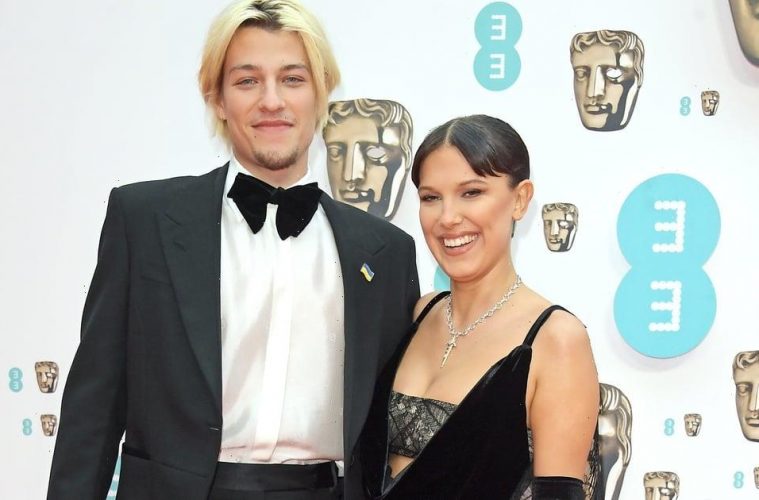 Millie Bobby Brown and Jake Bongiovi have made their red carpet debut at the 2022 British Academy Film Awards (BAFTA).

‘The Stranger Things’ star who turned 18 last month, stepped out on the red carpet at the Royal Albert Hall in London in a custom black laced dress by Louis Vuitton. She completed her look with a silver necklace and black elbow-high gloves.

However, it was who she was with that caught the world by storm. Brown was seen entering with Jon Bongiovi’s son Jake Bongiovi as they walked with arms locked. He matched her lady in a sleek black tux with a black bowtie. The Fendi suit had a lapel pin baring the Ukraine flag to show support for the country amid the Russian Invasion.

The actress who played the role as ’11’ in the Netflix show, lent her boyfriend her fashion squad for the night. The squad included stylist Michelle Kelly who dressed the couple, and Buster Knight, who was responsible for makeup. The hair was styled by Peter Burkill and Lisa Jones, who called their “favourite” couple on Instagram. The duo both had their hair parted in the middle. 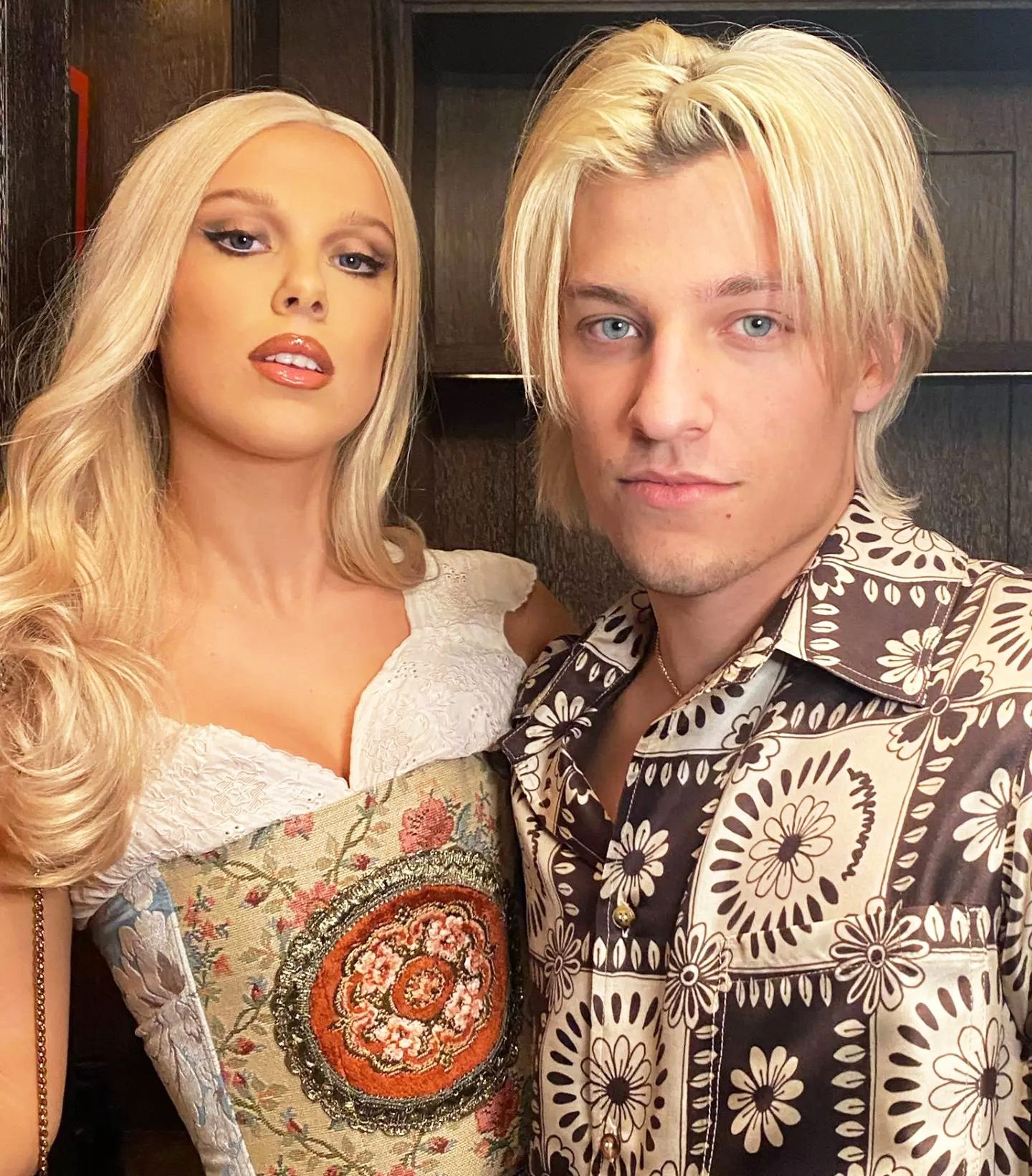 Brown and the son of rock royalty sparked dating rumors over the summer when Bongiovi shared a selfie of the duo cruising in the car. “bff <3,” he wrote next to the pic. Shortly after, the duo were spotted holding hands during a stroll in NYC. The duo made their relationship official on Instagram with a sweet snap of the two looking cozy on the London Eye. 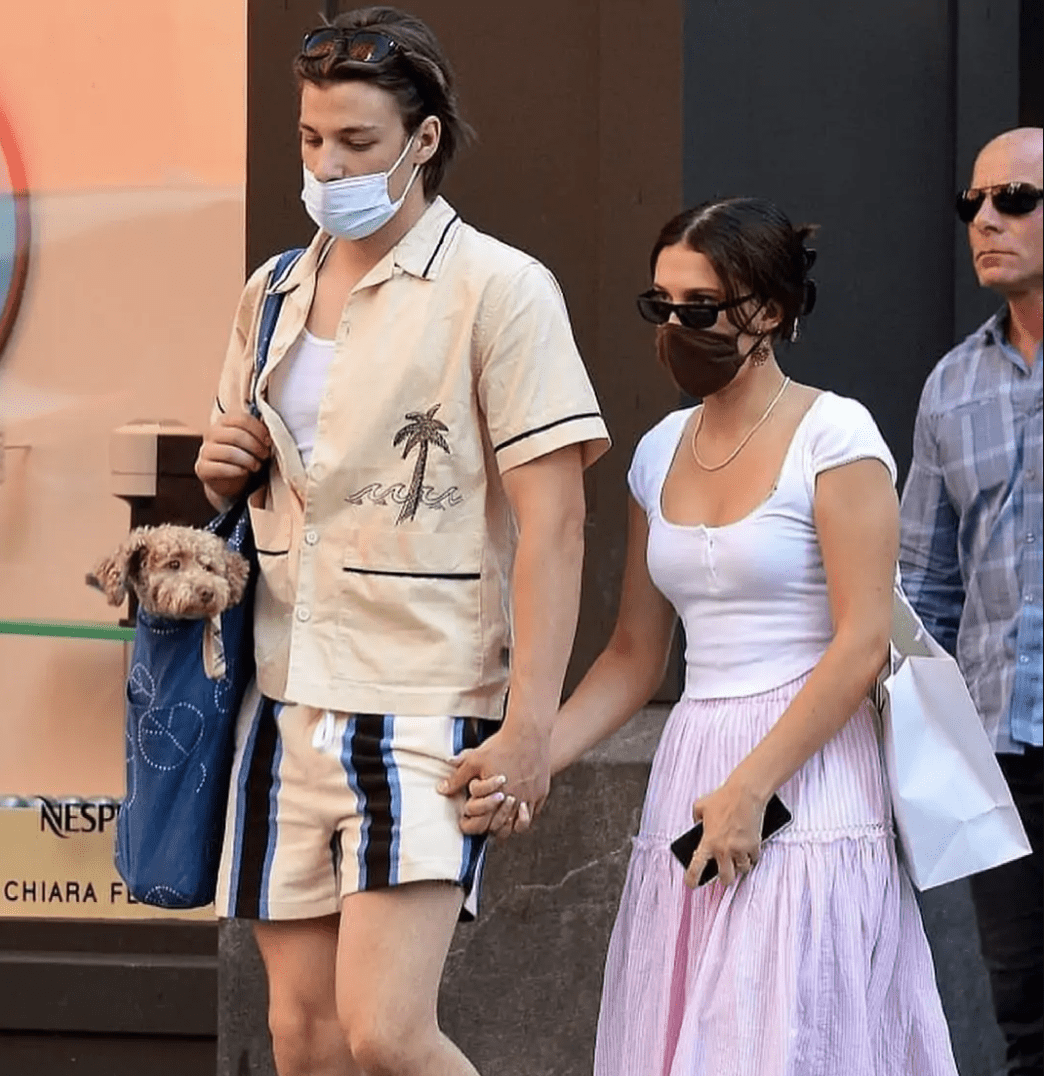 This winter, Brown and Bongiovi celebrated the holidays together for the first time as a couple. The pair snuggled up for a photo in front of a Christmas tree in Dec. 2021, which Brown captioned “Happy holidays ❤.”

On her birthday in February, Brown shared photos on Instagram of the couple in matching attire inspired by Barbie and Ken alongside the caption, “Hey Ken!” In the comments section, Bongiovi replied, “Ur rly pretty.”

Brown will return to the small screen in season 4 of Stranger Things in May, almost three years after season 3 was released.