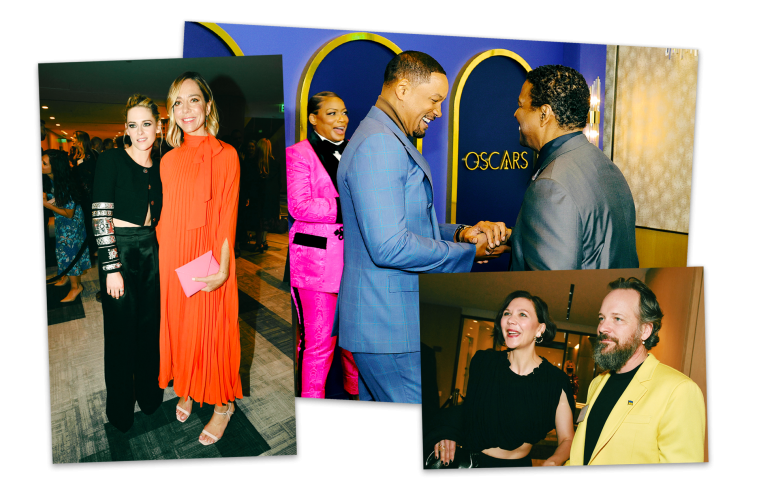 Oscars Luncheon Looks and What to Expect at The Show

Like many award shows, the Oscars have become a fan favourite for many, not only is it the top award in the film industry, but for fashion, it is when the nominees and their special guests truly dress to the nines.

This year will be the first in a very long time where we will be able to enjoy the Oscars pre-2019, with press, no-masks, full attendance and performances will all be taking place at the Dolby Theatre in Hollywood.

This year’s big nominees include Andrew Garfield, Billie Eilish, Kristen Stewart, Maggie Gyllenhaal and many more. Each of the nominees listed above has really been doing well throughout the year with press tours and has truly made fashion their friend when doing promo. 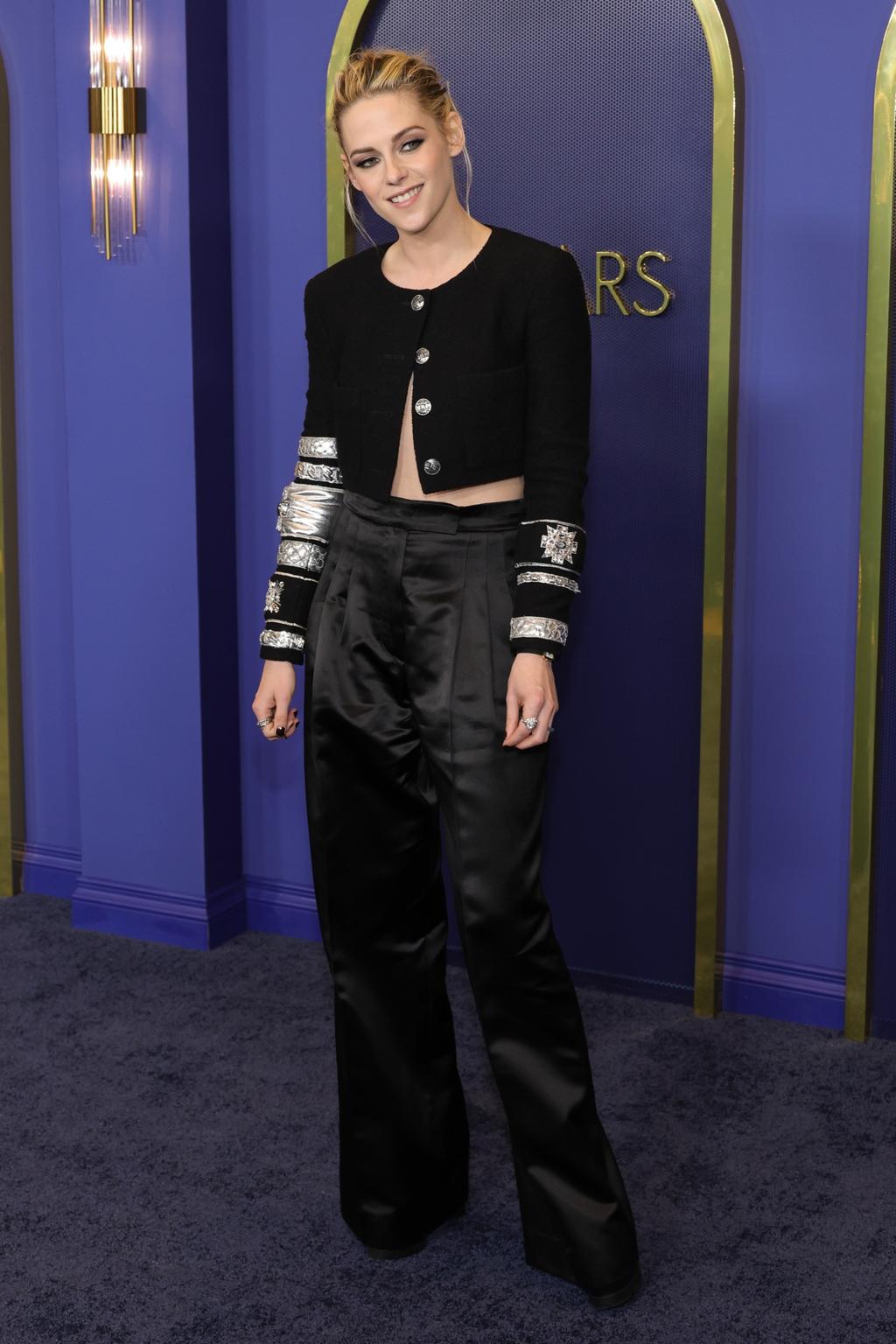 Kristen and Maggie both have had their films at Cannes this summer, and have carried their distinguished looks all the way through until this week.

Kristen Stewart is known for her own unique style, but what is even more recognizable for her is how much Chanel she wears. At this year’s luncheon, she wore her hair done up in a bun (classic Kristen) with a black and silver tweed Chanel jacket, the jacket was cropped to add some flair, to her already flared satin double-pleated trousers. Although you couldn’t tell which shoes she was wearing, it is quite possible she could have been wearing the most beat-up pair of sneakers and nobody would know. As this is Kristen’s first nomination for Actress in a leading role it is possible to see her wear a gown at this year’s event, the question is if it will be Chanel or not. 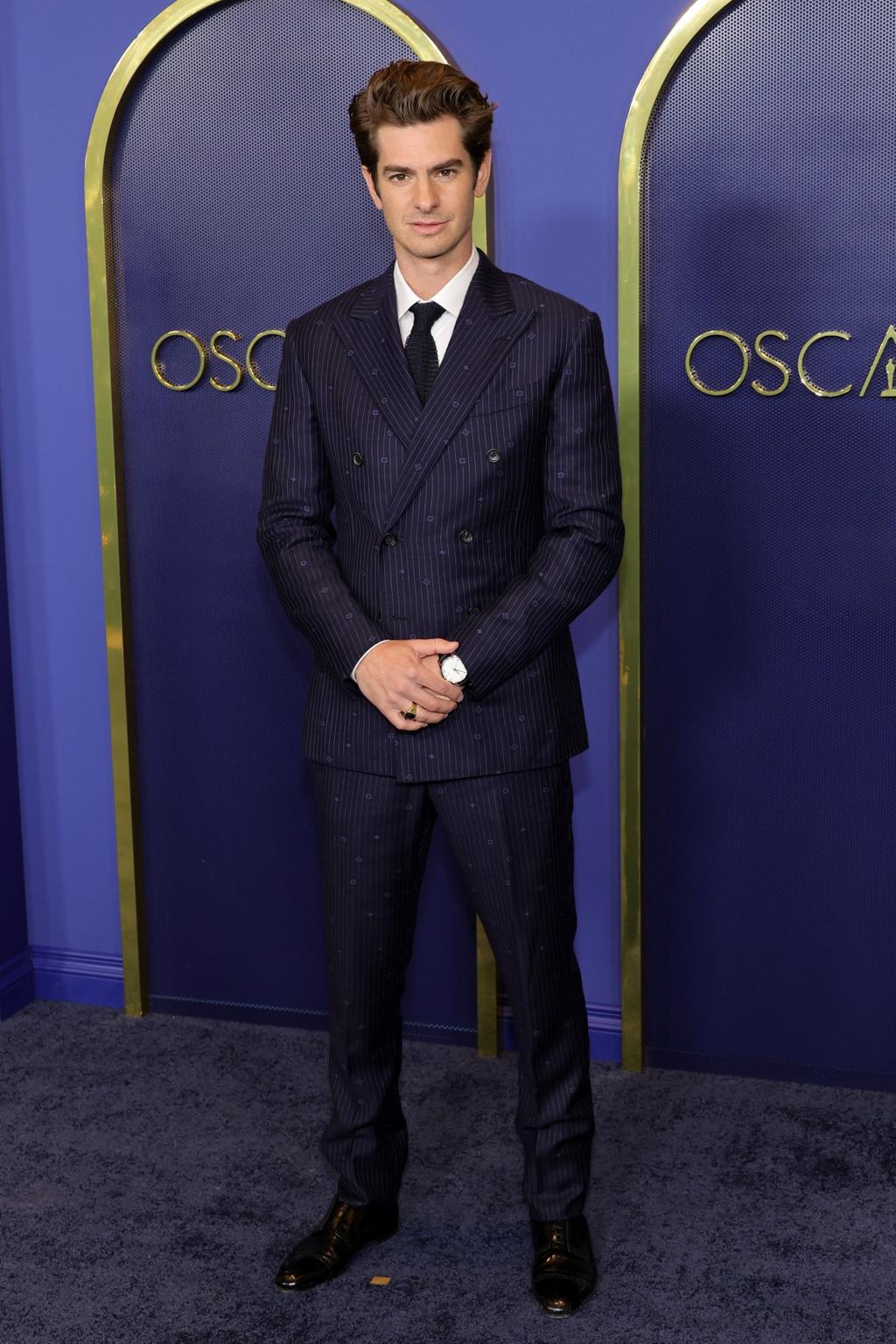 Andrew Garfield has been in the press for the last couple of months, not only is his performance in Tick, Tick, Boom! Fantastic, but many have been asking him about his comeback in the new Spider-man film. Although it was nice seeing Andrew back in his suit, it is truly wonderful seeing him get the recognition he deserves as a serious actor, and for his portal as Jonathan Larson the writer of Rent. At the luncheon, Andrew was seen in a Louis Vuitton navy blue double-breasted pinstripe suit. As the suit was flattering as ever, Andrew has been nominated at the oscar before and has worn the classic black tuxedo, I for one think Andrew might go retro and wear a white tux blazer to change up his style, but also his appearance from his other nominations. Although Andrew has been acting for quite some time now, he truly seems like he does not age, and fashion will definitely help to distinguish what year each of his Oscar appearances came from. 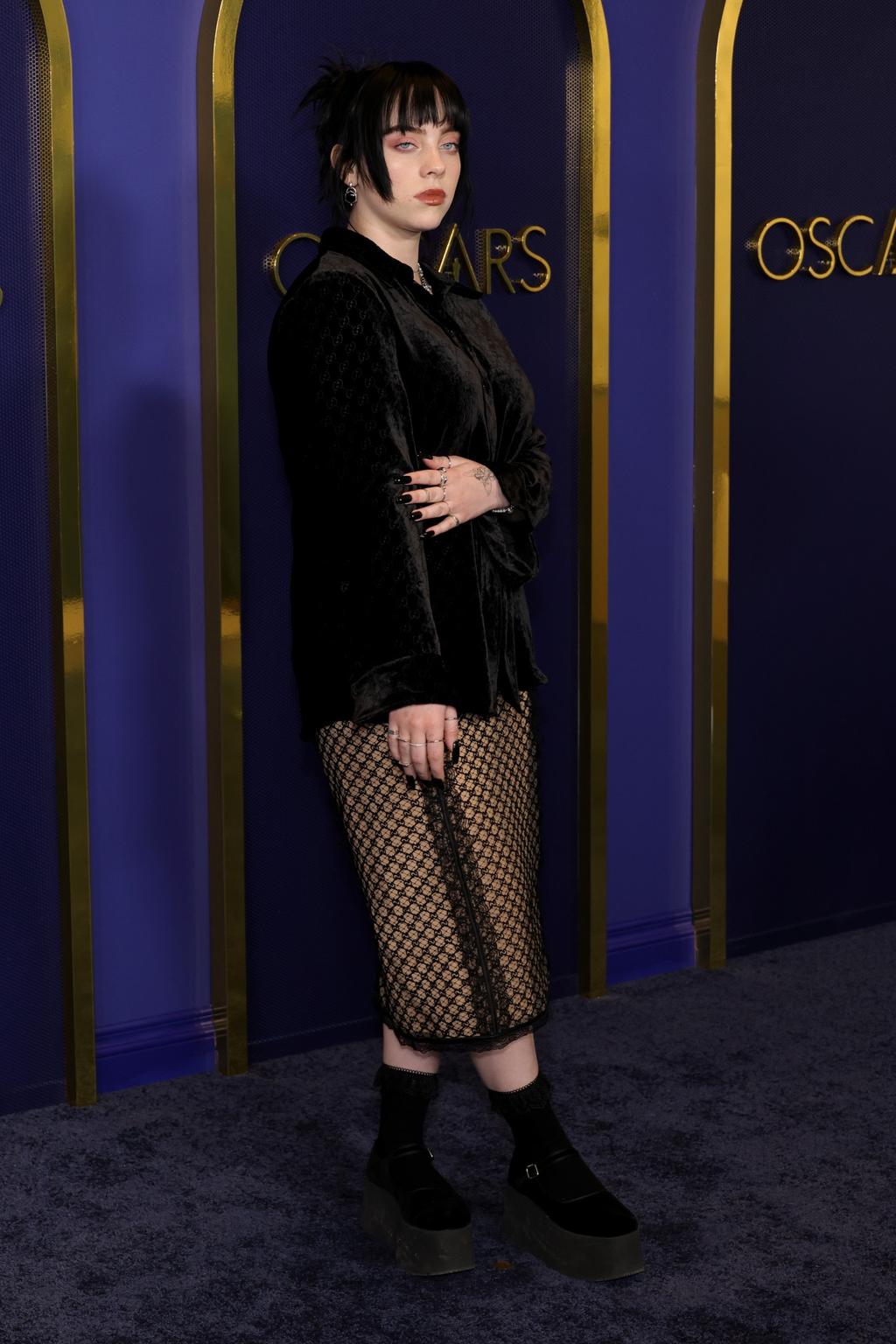 Billie Eilish may sound like a nominee you wouldn’t have expected to be at the Oscars, but how could you not expect her and her brother to be nominated? Billie may only be 20 years old, but for the last 4 years, she has been setting records, breaking records and winning awards that nobody has come close to. Billie and her brother/ partner Finneas are nominated for best original song for the 2021 film No Time to Die. Billie has been well known to pretty much wear Gucci exclusively, and at this luncheon, she wore a sheer Gucci embossed skirt in beige, velvet-textured black blouse and black platform boots. It is expected that Billie wear Gucci again for the award ceremony, will she wear a dress, it could be possible?

The Oscars are airing on March 27th at 8 pm, tune in to see who the big winners of the night are, and what they are going to wear!