Most Cultural Places to Visit in Canada

It is well known that Canada is a country full of history, diversity, and culture. Besides the amazingly beautiful places, the nation is special for its cultural activities, places to learn about the country, where we come from, and what we stand for. Here is a Top 10 with the most cultural must-visit places Canada has to offer. Pack your bag and start planning your next trip around the country!

Canada is an extremely big country with a very diverse population and a beautiful culture. Tourism is a very important parcel of Canada’s economy, representing around 2.1% of the country’s GDP, and generating over $100 billion yearly. It also accounts for an average of 3.9% of total employment in the country. The number of international tourists visiting Canada reached its record in 2018, with 21.2 million people traveling around the country. Most international visitors come from the US – which alone accounts for two-thirds of total tourists -, China, France, Mexico, and India. In the same year, domestic trips recorded reached the number of 278 million. As tourism is such a present activity in Canada, here is a list of the Top 10 most cultural places to visit in the country.

This is Canada’s most populous city, with almost 3 million inhabitants, and over 630 square kilometers of area. Toronto is said to have a bit of everything when it comes to cultural attractions. From the Toronto International Film Festival to the street art in Graffiti Alley, the city has it all, whatever your main cultural interest is. Regarding Toronto’s museums, the most renowned ones are Casa Loma, a gothic mansion turned into a memory museum in honour of its former owner Sir Henry Mill Pellatt; the Art Gallery of Ontario, which hosts an Indigenous Art Collection and has the architectural touch of Frank Gehry; and the Royal Ontario Museum, a very diverse museum with several different exhibits. The Hockey Hall of Fame is another landmark, telling Canada’s sports story. Toronto is also home to many celebrated people, such as musicians Neil Young, Drake, and Justin Bieber, and the acclaimed poet and novelist Margaret Atwood. Moreover, Toronto hosts some music and dance festivals, like the free Jazz concerts in St. James Park, the Summer Music in the Garden Series at the Toronto Music Garden from June to September, and the Indie Fridays at Yonge-Dundas Square. 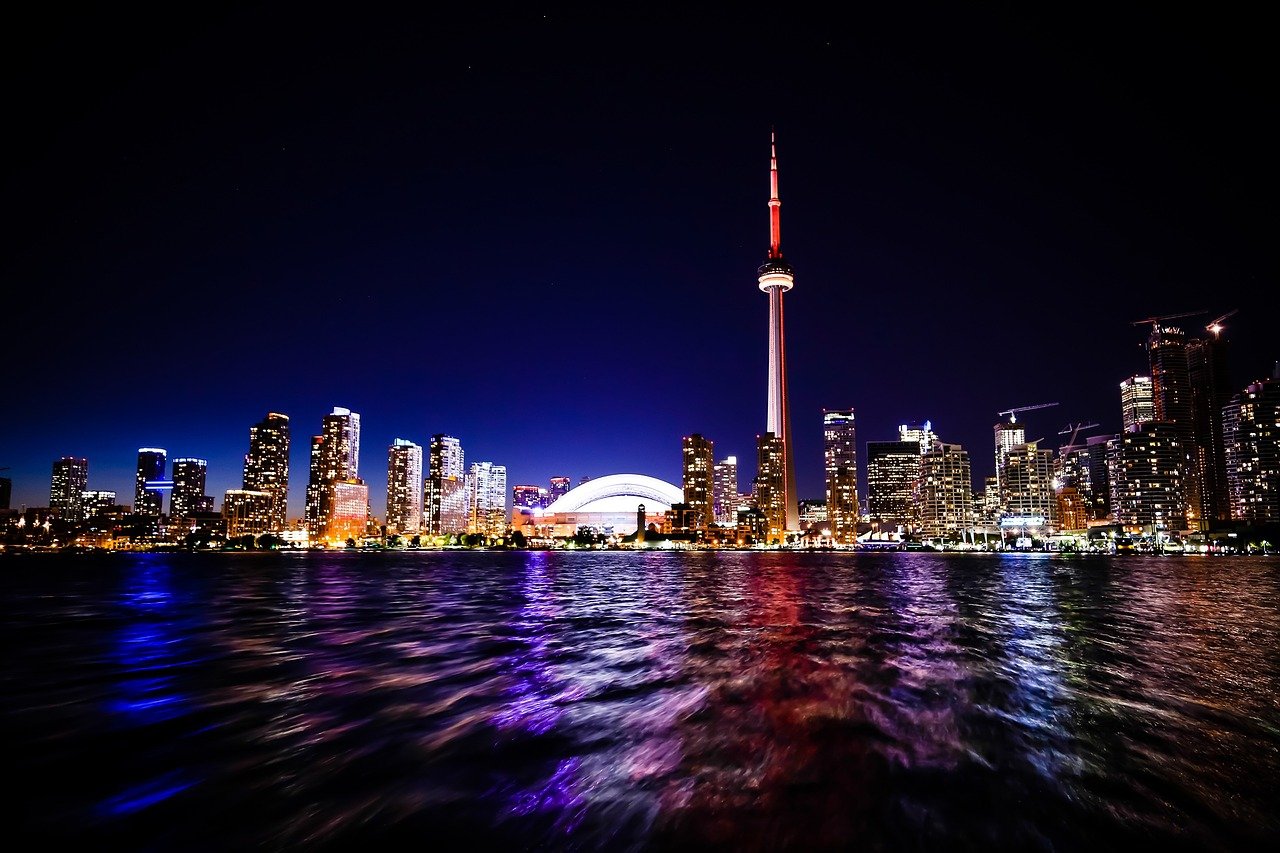 Ottawa is Canada’s capital, a city with nearly 1 million people and around 2,800 square kilometers of territorial area. Besides the historical Parliament Buildings, Ottawa is filled with amazing and curious museums such as the Canadian War Museum, the Diefenbunker or Cold War Museum, the National Gallery of Canada, the Canadian Museum of History, the Canadian Museum of Nature, the Canadian Aviation and Space Museum, and the Rideau Hall. Furthermore, Ottawa receives annually lots of festivals, including the musical ones – Bluesfest, The Folk Music Festival, TD Ottawa Jazz Festival, and the Escapade Music Festival – and the Canadian Tulip Festival, with over 1 million flowers donated by the Dutch Royal Family; and Winterlude, Canada’s largest cultural winter festival with attractions all over Ottawa and Gatineau. 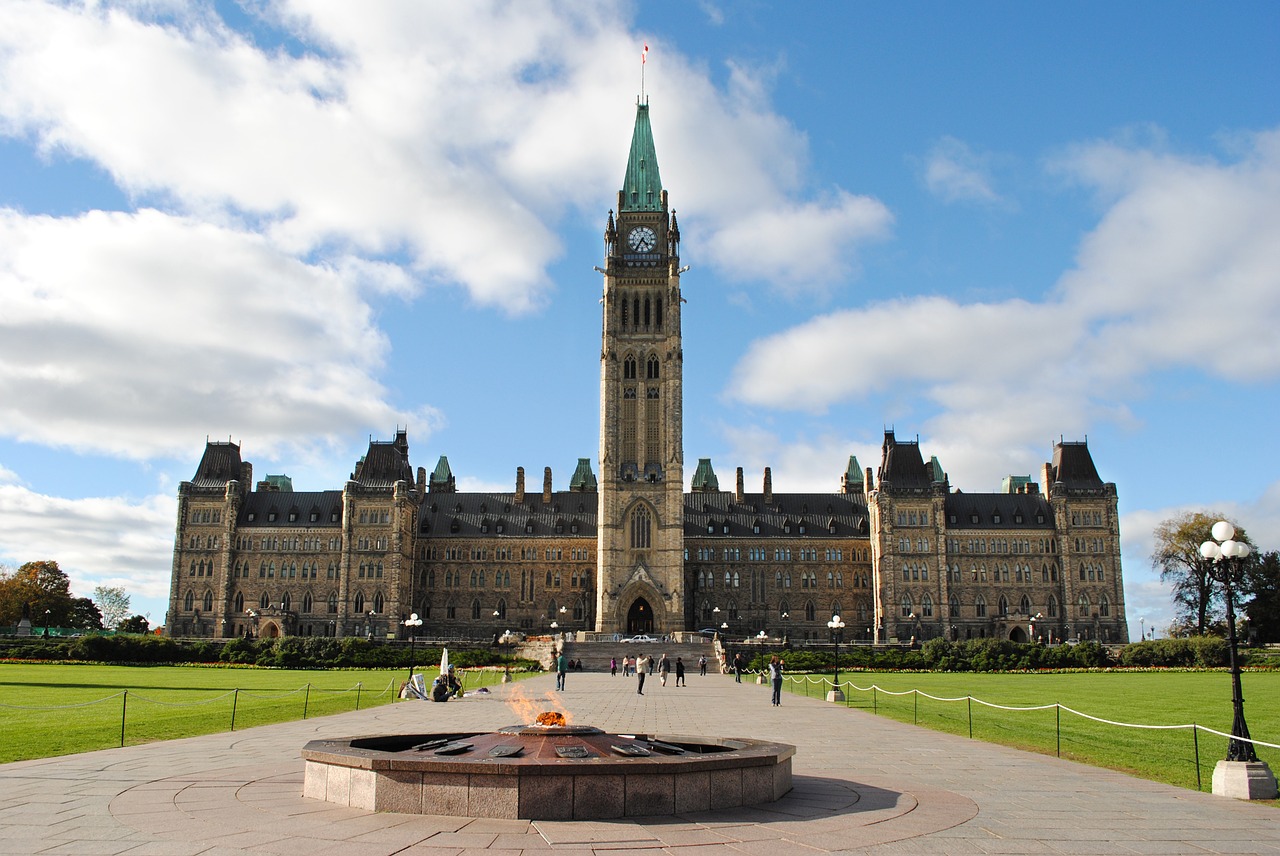 Montréal, located in the Province of Quebec, has over 1,700,000 inhabitants and a territorial area of over 365 square kilometers. The city possesses a mix of English, French, and First Nations art. As an example, the Place des Arts, in the downtown area, has six theaters and hosts concerts, ballet spectacles, opera nights, and plays. Besides, the Atelier Grover is a former knitwear factory now hosting artist studios. Montréal’s street art is also very strong, most of them situated at Boulevard Saint-Laurent and at Rue Saint Dominique. During the summer season, the city receives the Montréal Jazz Festival and the Montréal Cirque Festival – remember, this is where the Cirque du Soleil was born. Montréal was also home to songwriter Leonard Cohen, whose picture is now portrayed in a huge mural, as an homage after his death. His favorite places in Montréal were the city’s cafés, where he used to write in his notebook, Montréal’s Main Street and its Main Deli Steak House, the Montréal Pool Room as well as his own house at 599, Belmont Avenue.

Quebec City has little more than 530,000 inhabitants and around 455 square kilometers of extension. The city was named in 2016 as the world’s leading City of Culture due to its cultural playground. Since it is situated in a Francophonic area, the city hosts the Musée de l’Amérique Francophone, a place to learn about the historical and cultural impact that Québec’s population had over the city. Other important attractions of the city include La Citadelle de Québec, an ancient fort with military installations, the Musée National des Beaux-Art du Québec, which hosts Québécoise art, and the Museum of Civilization. 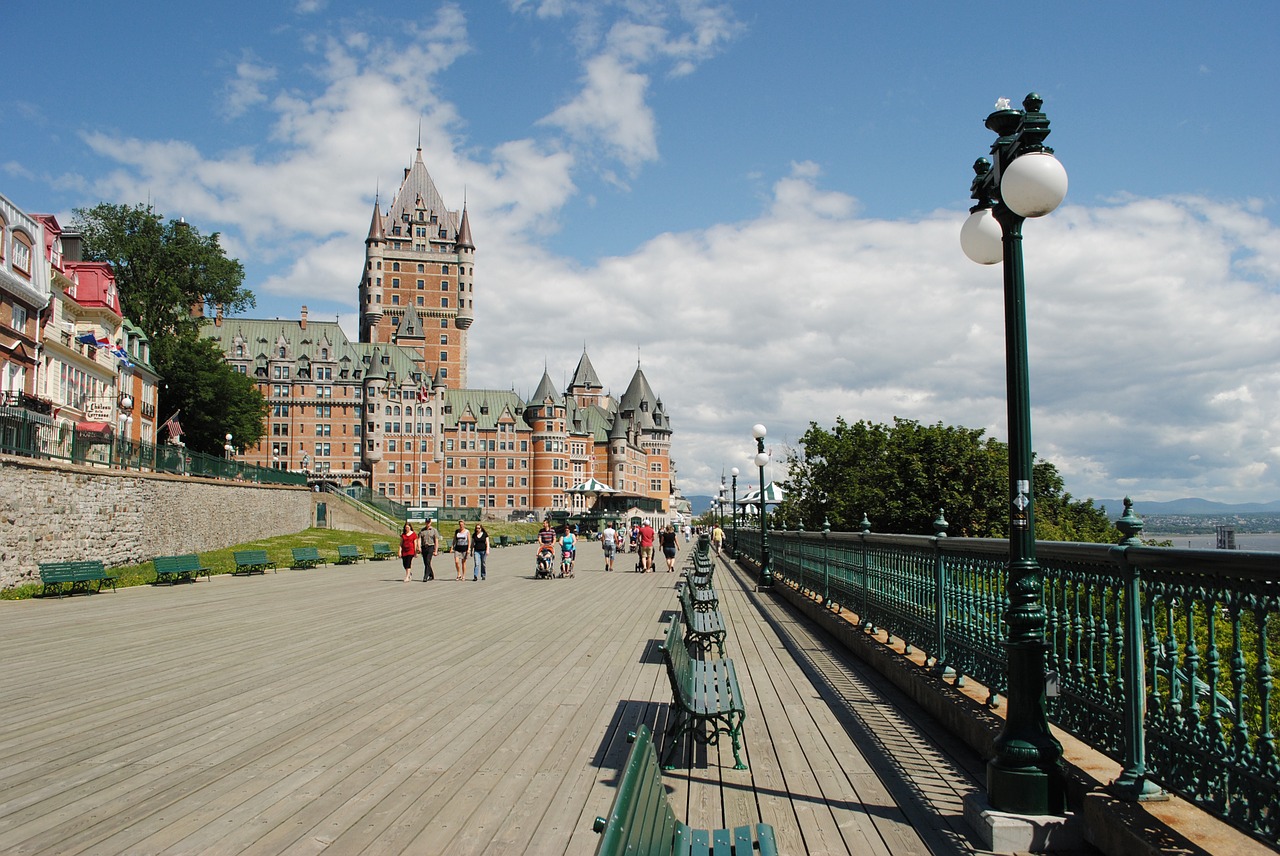 The city has over 1,200,000 people living in an 825 square kilometers area. Calgary’s most famous event is the Calgary Stampede, a 10 days celebration of country and western culture in a rodeo-like scenario that happens every year in the month of July. The event is promoted by a not-for-profit organization in order to raise money for youth and agriculture programs in Calgary’s region. Calgary is also the home for the Heritage Park Historical Village, the biggest Canadian historical park, and for the Glenbow Museum, with over 20 galleries. 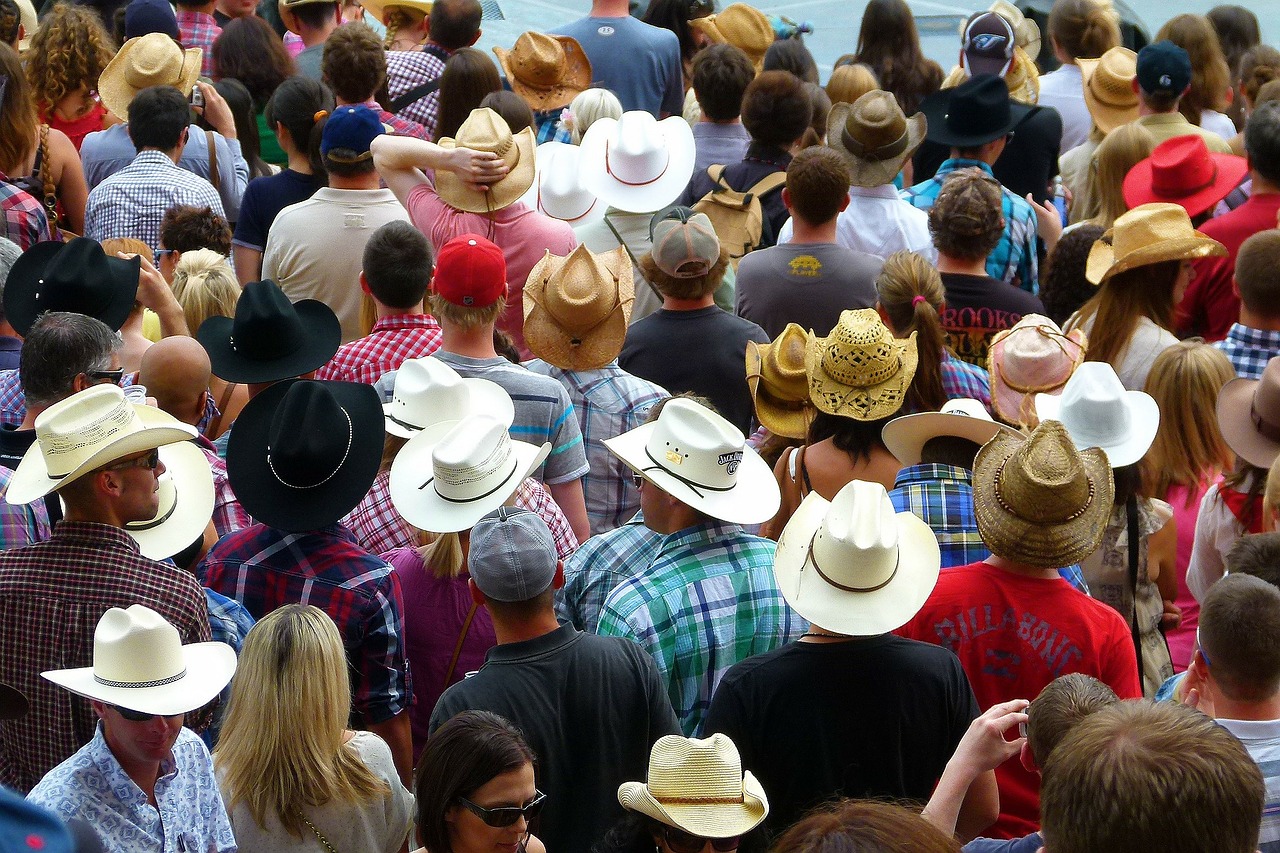 Vancouver is a 115 square kilometers city home to over 630,000 inhabitants. The city is culturally special since it hosts the U’Mista Cultural Centre, a place dedicated to the Kwakwaka’wakw First Nations people, with several totem poles, treasured masks, and ceremonial artifacts.

Halifax is a territorial area of almost 5,500 square kilometers in which over 400,000 people live. In the city is located the Canadian Museum of Immigration, the Cable Wharf, the Maritime Museum of the Atlantic – hosting a major exhibit on the Titanic, including the “Unknown” Child’s Shoes -, and the Halifax Citadel National Historic Site of Canada, an ancient fort with amazing views and incredible history.

Located in the Province of Manitoba, Winnipeg has over 705,000 inhabitants living in an area of around 465 square kilometers. As new places across the city have been opening up to display new exhibitions, the so-called Friday Art Nights are part of the local cultural calendar. Moreover, the city showcases artwork from First Nations people at the Urban Shaman, an Aboriginal centre. Still regarding art in Winnipeg, there is the Graffiti Gallery and the Plug-In Institute of Contemporary Art. The Canadian Museum for Human Rights is also situated in the city, at the riverfront, and showcases issues related to human rights across the globe.

This city has an important role in Canada’s history. The Rooms is a museum that tells the story of St John’s and its importance to Canada’s wars and battles. Moreover, the Signal Hill is also an amazing tourist spot, where the first transatlantic wireless signal was ever received. 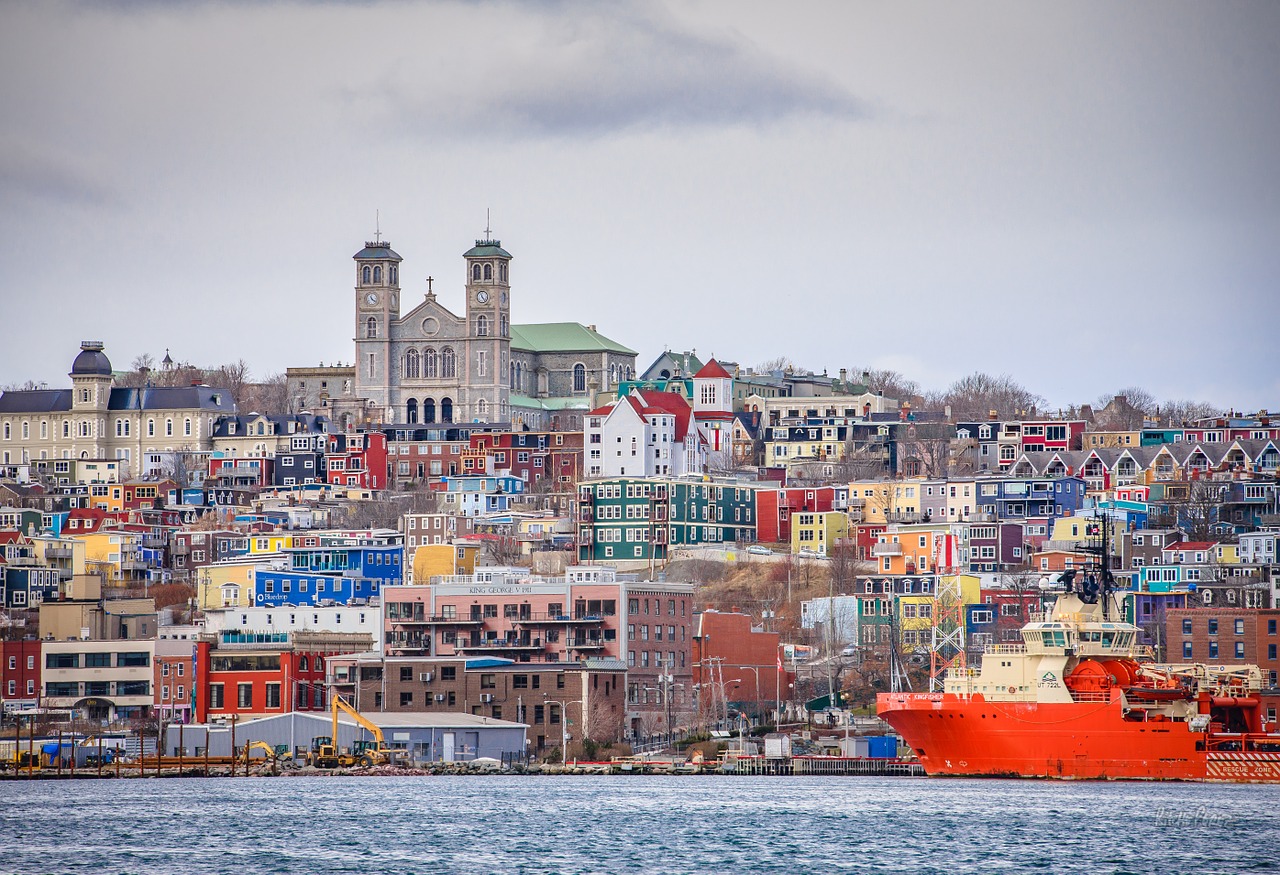 The place, which is Canada’s smallest Province, is home to the acclaimed Lucy Maud Montgomery, writer of the celebrated Anne of Green Gables book. Prince Edward Islands is a vital place in Canada’s storyline. The Victorian Rooms at the Green Gables Heritage Place, the Avonlea Village, the author’s birthplace, and the Anne of Green Gables Musical – running for 52 successive seasons – are just a few of the amazing attractions available at Prince Edward Islands. 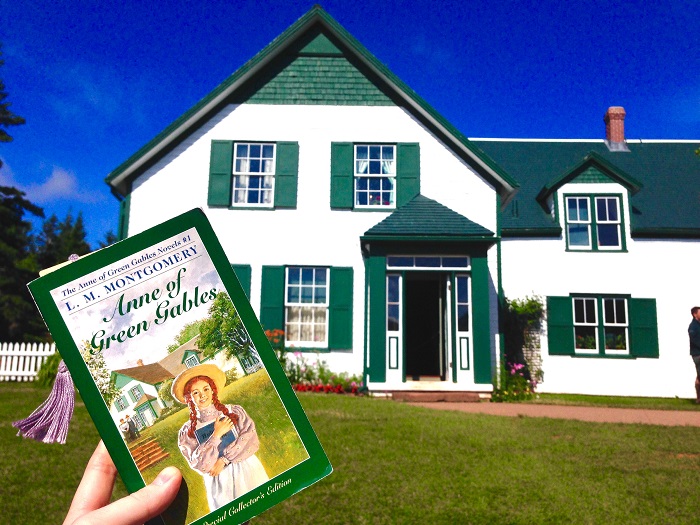 Which of those places are you most curious to check out? Prepare a cultural bucket list and get ready to explore Canada from coast to coast!