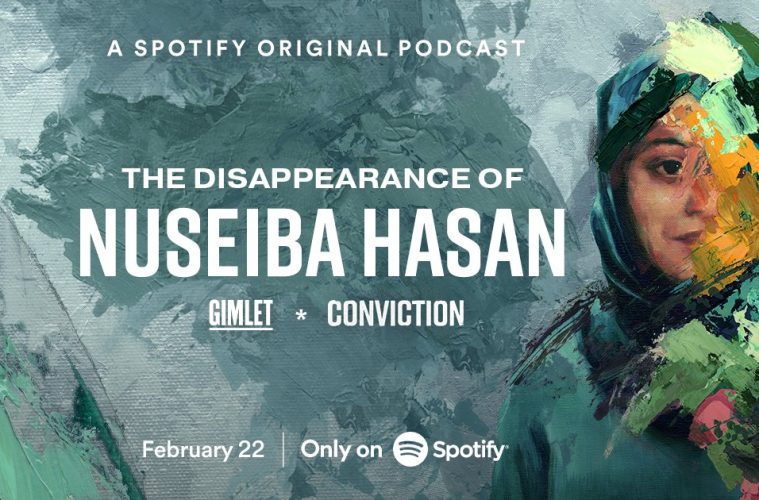 Must-Listen on Spotify: Conviction Season 3: The Disappearance of Nuseiba Hasan

Hosted by Habiba Nosheen, Conviction: The Disappearance of Nuseiba Hasan” tells the story of a missing woman who was an outsider in many ways – a Jordanian Canadian woman who rebelled against her Muslim upbringing, and whose identity was never known to her birth daughter. In the course of her investigation, Nosheen unravels secrets that had been buried for over a decade, and ultimately reveals a story about love, loss, family, identity, and justice, told through the determination of one young woman’s refusal to abandon the mother who abandoned her.