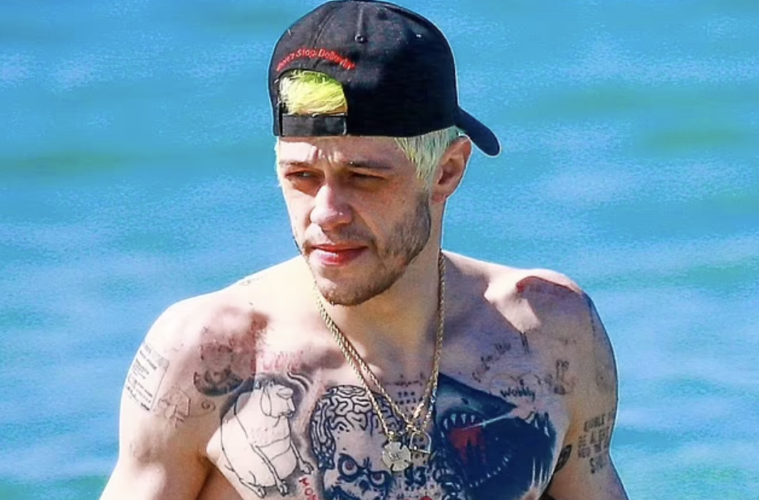 Following their breakup in August of last year, Pete Davidson’s tattoos dedicated to Kim Kardashian’s “My girl is a lawyer” have vanished as the former SNL comedian moves on with his love life. 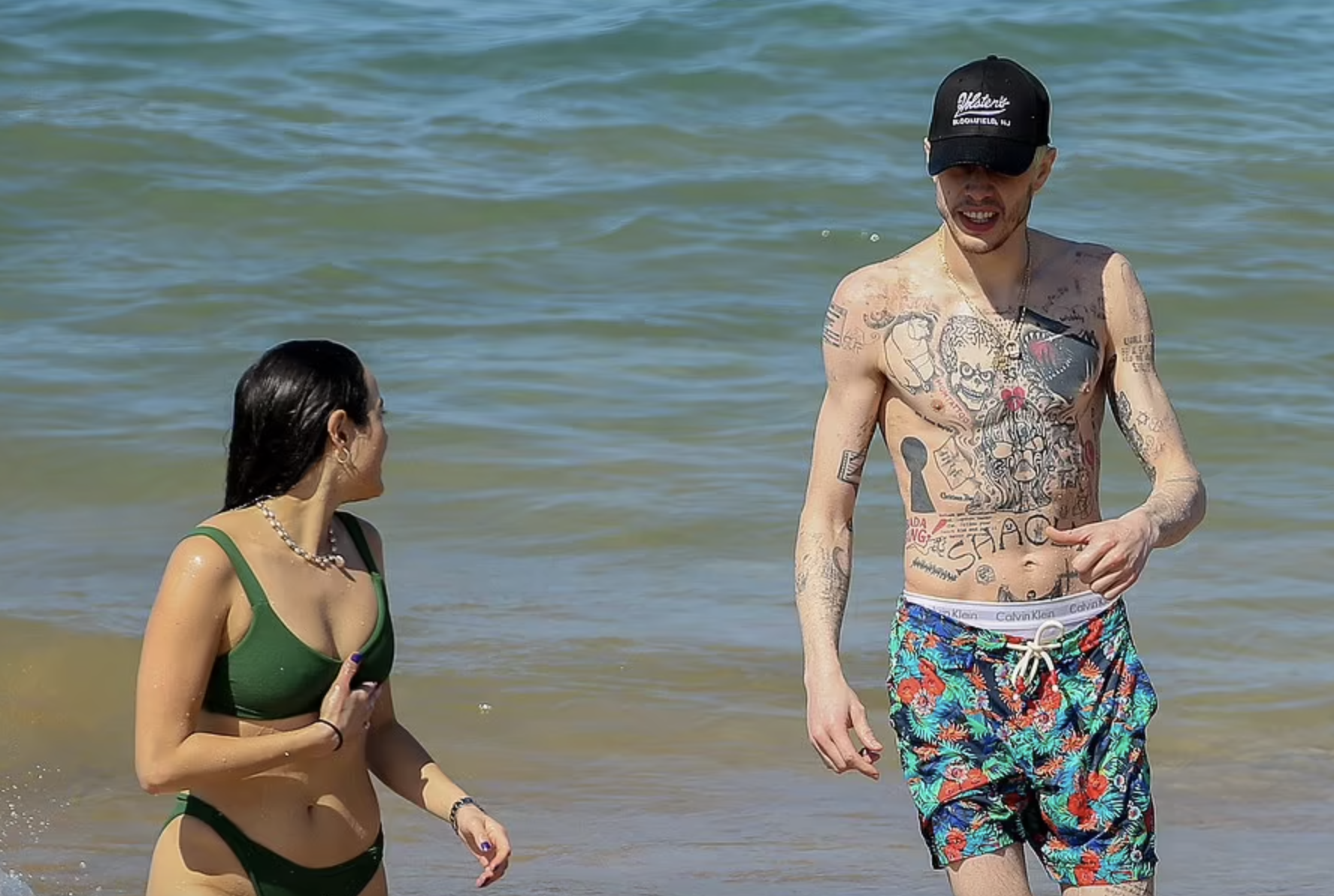 Pete Davidson appeared to reveal that his old Kim-related tattoos, including her initials, the kids’ initials, and the romantic “Jasmine and Aladdin”, were no longer visible as he went shirtless while enjoying a romantic weekend in Hawaii with his rumored girlfriend, Bodies, Bodies, Bodies co-star Chase Sui Wonders.

The actor also had the initials “KNSCP” linked which stand for Kardashian’s initials and those of her four children, North, Saint, Chicago, and Psalm, whom she shares with her ex-husband Kanye West.

“My girl is a lawyer” 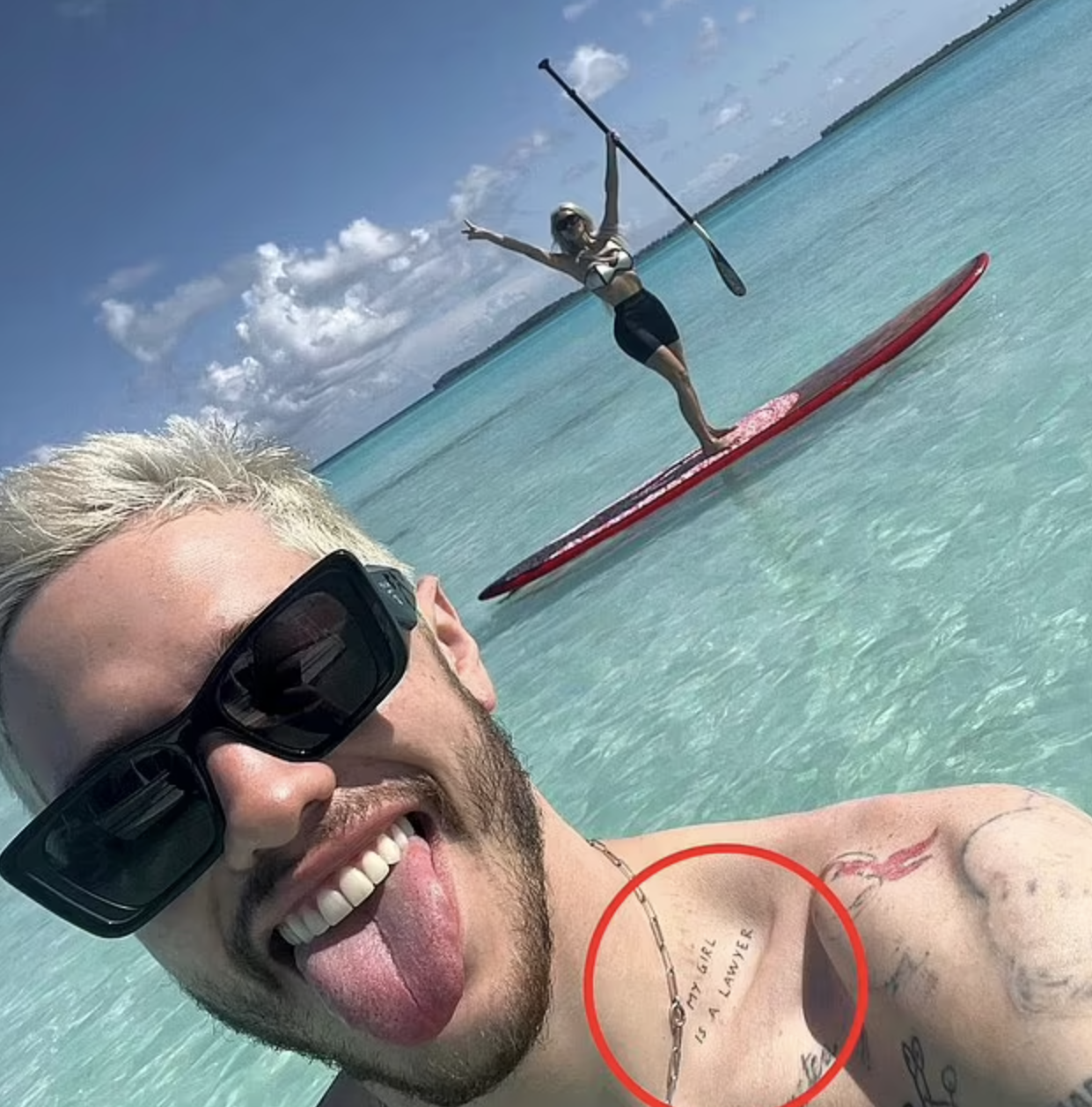 In October, the star was photographed with a bandage above his left collarbone, where his “My girl is a lawyer” tattoo was. Since the Kardashian tribute is not there in the Hawaii photographs, it is confirmed that he had laser treatments to remove the ink. 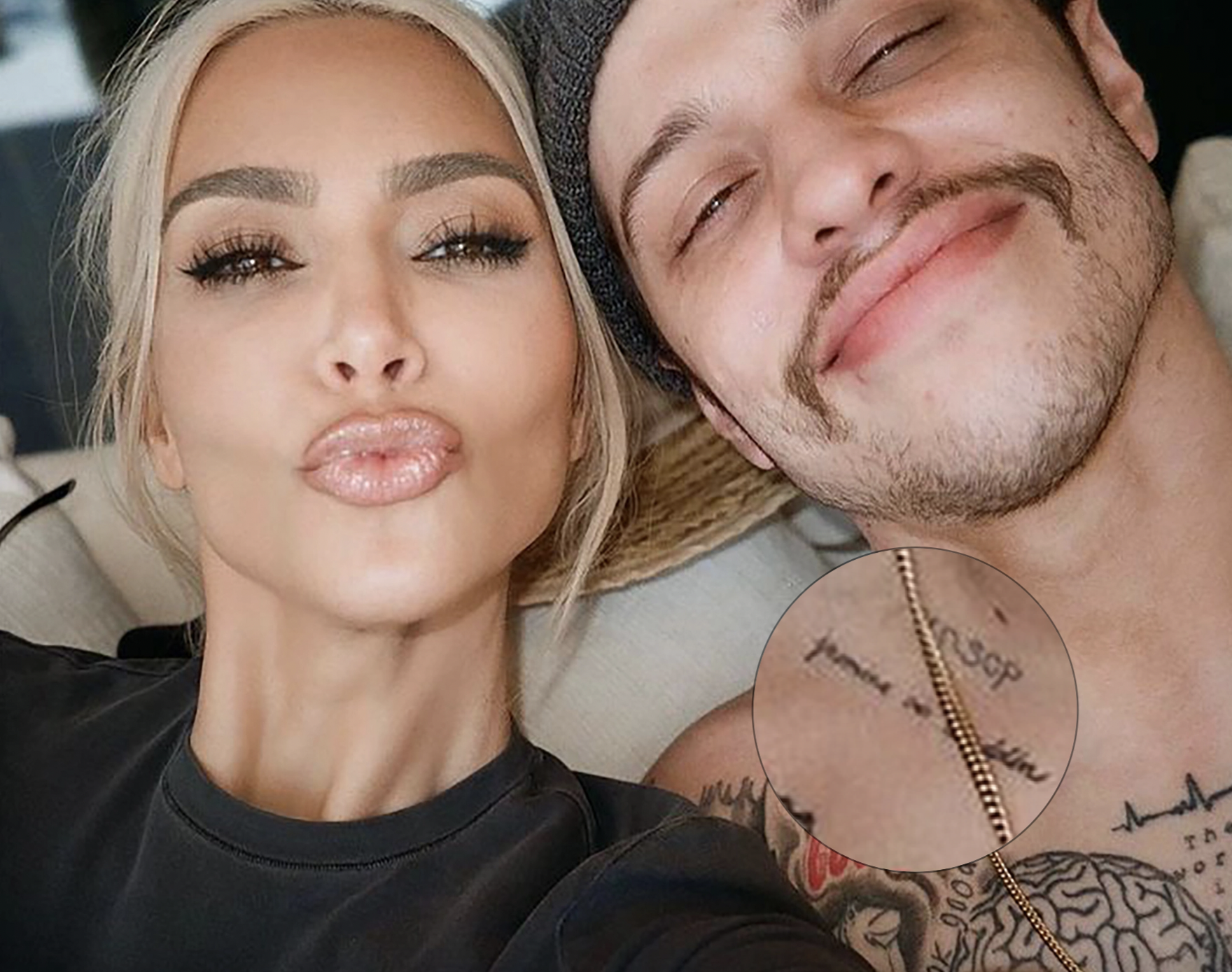 The “Jasmine and Aladdin” tattoo he had to mark the occasion of their first kiss in an “SNL” skit is also gone from the other side of his collarbone.

The word “Kim,” which Pete had tattooed on his chest, was perhaps the most extreme display of dedication to Kardashian, but it has now vanished, save for a faint scar that can still be seen in the centre of his dog tattoo. 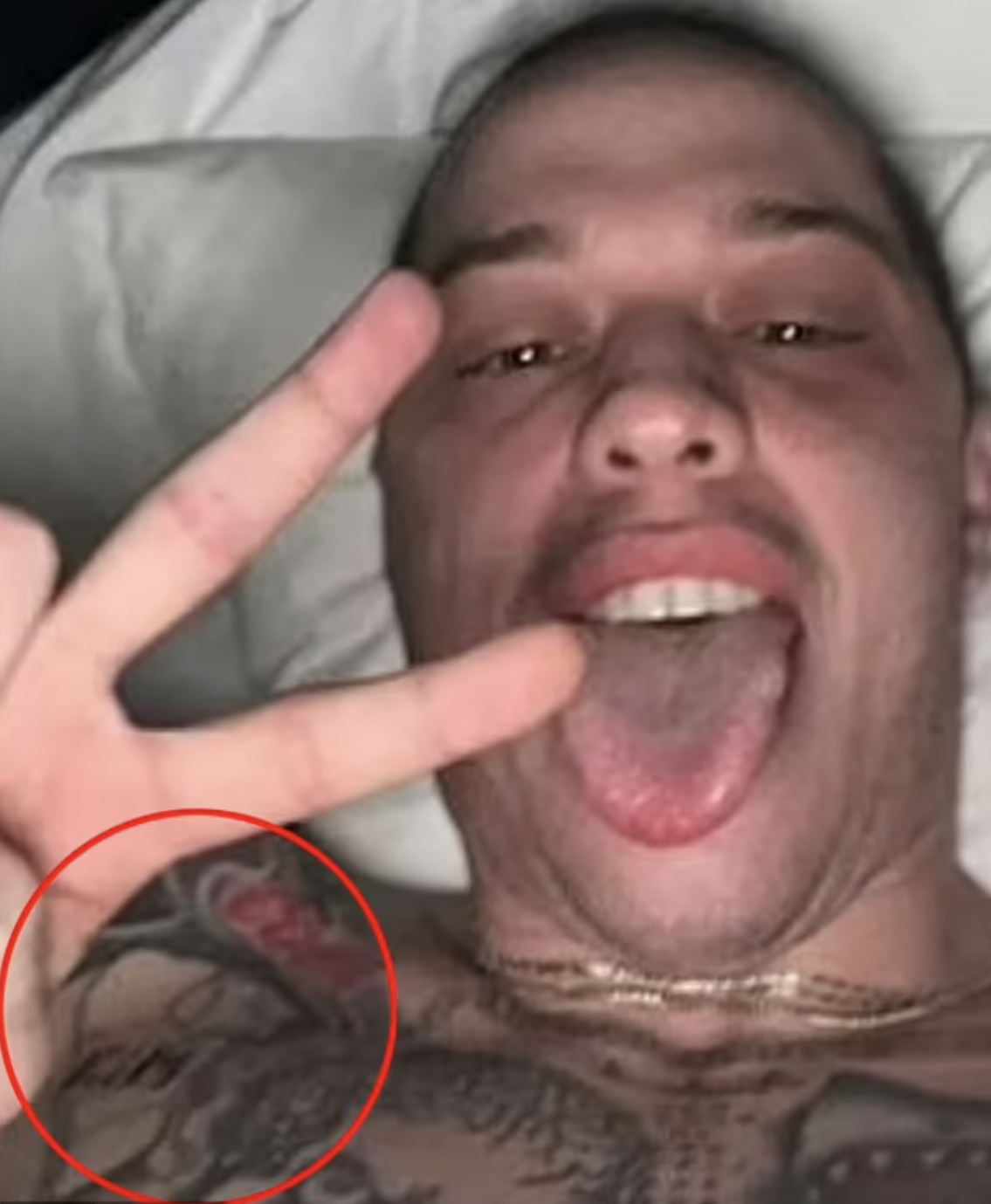 When Kim visited the Ellen DeGeneres Show in April of last year, she spoke openly about the word “Kim” tattoo and the significance of some of the other tattoos. Kim revealed that Pete told her, “I don’t want to be able to get rid of it or to cover it up, and I just wanted it there as a scar on me.”

Pete is to Remove All His Tattoos

Inked magazine interviewed Davidson in 2019 and he claimed that being inked was “just a release… Sometimes that’s the only thing that will work for me when I’m so manic and upset.” But just two years later, Davidson declared that he would remove every tattoo by the time he hit 30 in order to concentrate on his acting career. 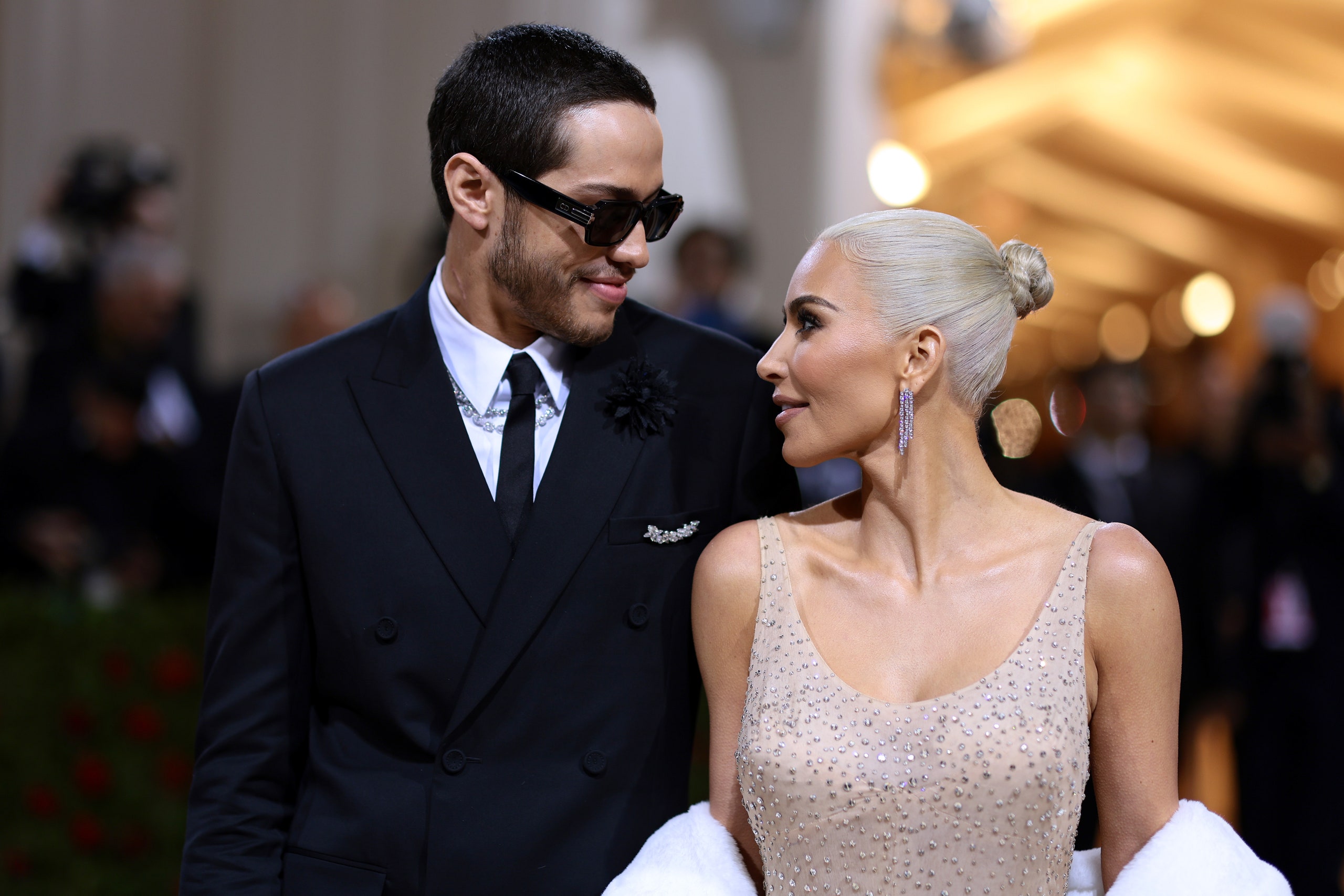 Pete and Kim sparked relationship rumours immediately after their appearance on Saturday Night Live. Not long after going Instagram official and making their red carpet debut at the White House Correspondents’ Dinner, Davidson and Kardashian attended the 2022 Met Gala together in May.

The ex-couple broke up in August after dating for nine months, a source told Page Six that Pete and Kim “decided to just be friends” after battling with their busy schedules and long-distance relationships.