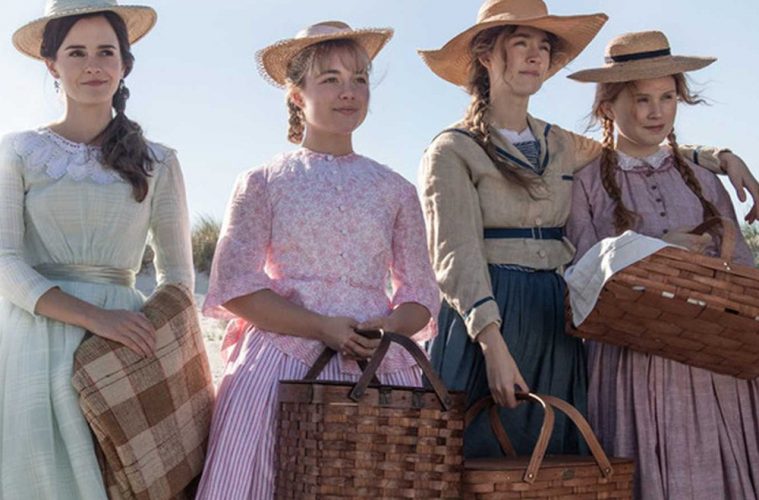 Louisa May Alcott was a feminist and an abolitionist. She advocated for women’s rights, supported the suffragette movement, was the first woman to register to vote in Concord, Massachusetts (1879, well before the 19th amendment) and even served as station master on the Underground Railroad, the network designed to help enslaved African-Americans to escape into free states. After years of writing and struggling to support her family with their financial difficulties, she eventually built a fortune on the Little Women books. She never married.

It is no surprise that Alcott wrote such a secretly subversive, inventive novel. And yet, the modernity of Little Women had always been hidden behind its‘domesticity’. Until now. Relying on Alcott’s letters and life, Gerwig’s film becomes also the story of Alcottherself, who finally gets the ending her heroine had been denied by her publisher and readers, who wanted her to be married by the end of the book.

The film begins with bright and ambitious Jo (SaoirseRonan) selling a story to a publisher in New York. In an interview, Gerwig talks about choosing this scene because of how personal it is for her: “I know exactly what that is – to sit in front of somebody and try to sell them a story, and they’re telling me I need to make changes and I’m figuring out how many changes I can make and still live with myself – But I need the money!” Jo wants to be a writer but is constantly pressured into marriage in order to help improve her family’s fortunes. As for the other sisters, Amy is in Paris with Laurie (Timothée Chalamet) and Aunt March (Meryl Streep),Meg (Emma Watson) is living with her penniless husband, while Beth (Eliza Scanlen) is sick at home,waiting to meet her tragic fate. While the novel and the other film adaptations tell the story chronologically, Gerwig splits it into two timelines, with constant flashbacks of late childhood woven into the lives of the sisters as young women.