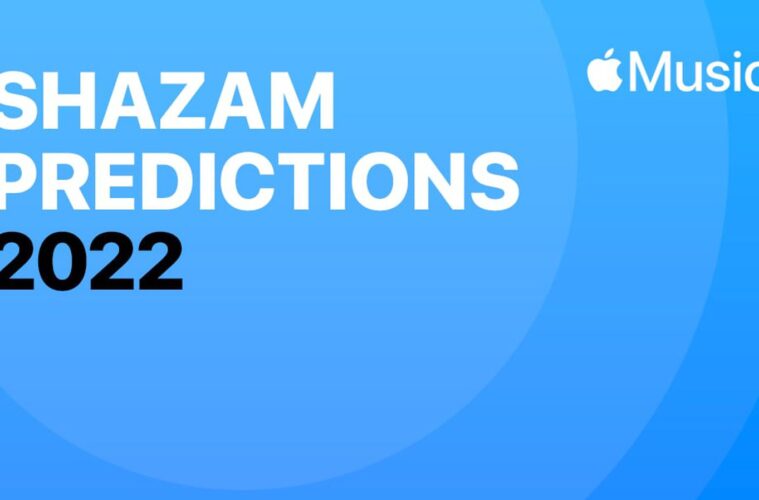 Along with the resolutions that we grace upon ourselves vowing to replace bad habits with healthy ones, an epic search for the next hottest artist about to take over begins once we swap out our old calendars. 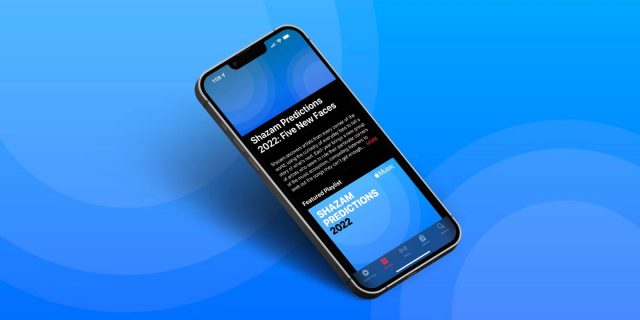 Not only is the search exciting for the opportunity to inject a bit of new blood into tired playlists, but that prudent egotistical feeling of being able to claim you discovered an artist before anyone else in your circle is an unparalleled sensation. The gratifying music recognition app that’s celebrating its 20th birthday this year, Shazam, has come together with music streaming giant Apple music to create a playlist that sheds light on the now-hidden gems that await mainstream recognition. Aptly titled the “Predictions 2022 playlist”, no genre or nationality is excluded as 50 different tracks from 25 different countries are hand selected by Apple music’s global editorial team. Allowing Shazam’s advanced predictive data and algorithms that comes from microphones around the world trying to decipher who’s behind a certain catchy rhythm to go to good use. To give you a head start, we’ve compiled 5 of the most intriguing artists from the playlist who are bound to make some noise this new year.

Chalk it up to spending adolescence right beside Glastonbury, one of the country’s biggest music festivals, or the age of information, but the UK-duo will never fit quietly into one genre. Their debut mixtape released last February, and pulled inspiration from different genres such as britpop, punk, garage, and hip hop. Perhaps the only consistency within their music is a symbolic white limo that the duo features in all their music videos, and appears on the album art for their debut mixtape. The duo has already gotten the stamp of approval from notable artists such as Gorillaz and FKA-Twigs, while their track “Demons’  landed on the soundtrack for the video game Fifa 22.

The 17-year old singer songwriter has been steadily picking up momentum on the up-to-the-minute app TikTok over the last 2 years posting cover videos before any official music. Her track “Producer Man”, a cautionary tale about the manipulative qualities of the music industry, went viral on the app before any official release. Lapid simply recited the anecdotal lyrics whilst snapping her fingers, and listeners could not get enough. Her latest hit “In My Mind” featured a more mellow guitar-backed instrumental and became her most Shazamed song of the year charting in 6 different countries.

Dare we say that Shazam has found the next BTS? There’s no denying the magnetic and explosive momentum of the kpop machine, and the newcomer group STAYC has had no difficulty fitting in. Since the group released their second single album STAYDOM back in April, their single “ASAP” has not budged from the South Korean Shazam chart. It’s an undeniable electric blend of bubble gum pop that is not leaving anytime soon.

This Mexican-American singer-songwriter is awakening a whole new generation to the traditional style of songwriting known as Corridos; which typically features a powerful narrative of romance or heroism. Armed with a tender and soulful voice; it’s no wonder why. An ex-member of the trio-turned-duo Eslabon, DannyLux was featured on the track “Jugaste y Sufrí,” which holds the honor of being the year’s most Shazamed regional Mexicano track thanks to a boost from TikTok late in 2020.

Despite being only 19 years old, Starr is already being hailed as the new queen of Afropop. Hailing from Nigeria, Starr’s vocals are a blend of the Weeknd and Rhianna that go hand in hand with the bouncy BPM and catchy melodies found in Afropop magic. Her debut album 19 & Dangerous, featured her breakout track “Bloody Samaritan”. Despite only releasing in July, “Bloody Samaritan” was the most Shazzamed song by a local female artist in Nigeria this year.

If there was any doubt about the credibility of the early indicators of growth conducted over at the Shazam HQ, last year the team picked Australian hip-hop artist Masked Wolf as an artist to look out for. Once his track “Astronaut in the Ocean” was re-released through his new label in January of last year, it peaked at #6 on the US Billboard hot 100. Not only that, the list features a bit of Canadian pride, as Toronto’s-own DijahSB’s spacey hip-hop track “New Balance ‘‘ is featured on the playlist. So brush up on all the fresh faces while you still can, and tell all your mates about how you found it first.