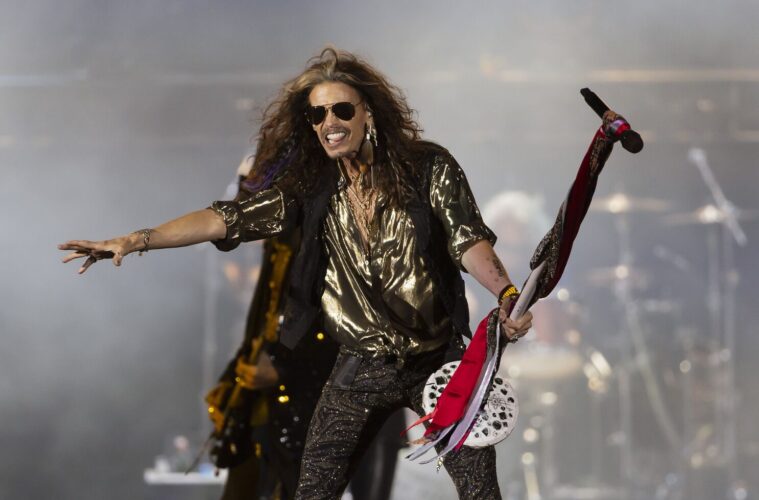 According to a file (obtained by Rolling Stone here), the Lead vocalist of the rock band, Aerosmith has been served with several charges including, sexual assault, sexual battery, and intentional infliction of emotional distress. The victim claims the affair began in the 70s when she was only 16 years old, Tyler being 25 years old.

Claims continue as she goes on to say this affair lasted from 1973 up until three years later. According to these claims, the two met in Portland when the star allegedly brought them into his hotel room.  The document obtained by Rolling Stone states, after discussing her age, He then “performed various acts of criminal sexual conduct upon” and sent her home in a cab the next morning. This is all according to the filed suit.

More Information In The Lawsuit

In the filed lawsuit obtained by Rolling Stone, Tyler’s memoir is mentioned. Without naming any names, the ‘Dream On’ singer goes into depth about how “he almost took teen bride” and how “her parents loved fell in love with me, signed a paper over for me to have custody, so I wouldn’t get arrested if I took her out of state. I took her on tour with me.”

The victim claims she was pregnant at 17 with the singer’s son. Allegedly, Tyler ordered her to get an abortion. After she allegedly went through with an abortion, she moved back to Portland to create a new start for herself.

On the authority of California’s Child Victim Act, the victim has a few days left to go through with the lawsuit. The CCVA includes a three-year period to come forward with any sexual misconduct or abuse for survivors of childhood sexual abuse. The victim has until December 31 2022 to come forward.