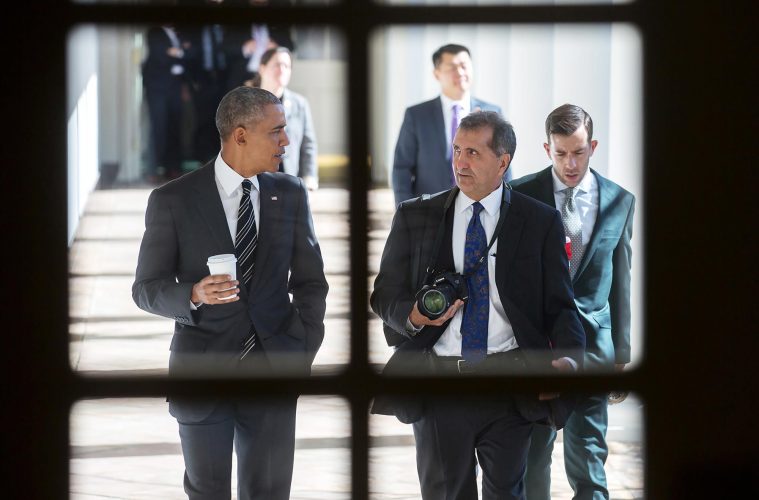 “if a president is so inclined, they can cheat, lie, steal, and possibly with deadly consequences for the rest of us.” -Dawn Porter

Award-Winning Director Dawn Porter is making waves at TIFF with her gripping documentary The Way I See It. The film tells a story through the eyes of Pete Souza, a renowned photojournalist and the former Chief Official White House Photographer for Presidents Ronald Regan and Barack Obama.  The Way I See It does an incredible job of showing you a behind-the-scenes look at the White House and how transparency is fading under the current administration. The Way I See It is now available in theaters and will air on MSNBC on October 9th, 2020. HOLR sits down for an exclusive with Director Dawn Porter but first, check out the trailer!

1. Ms. Porter, how did you cross paths with Pete Souza, and what inspired you to pursue this film?

D.Porter: I followed Pete like a lot of people do on Instagram, but actually, the film was the idea of the producers Jayme Lemons and Laura Dern. Laura had seen Pete’s one-person show and was like; this should be a movie! So they were working with Evan Hayes, who produced the film, Free Solo. They all approached me to see if I was interested, and of course, I was. At the time, I was finishing another film, with an underlying message from civil rights legend John Lewis, that talks about speaking up, and here Pete was doing that. So it just made sense. Then when I met with Pete and saw his show, I just started to cry. I felt like yeah, oh my goodness, I’ve been holding my breath for three years. I am in shock by the White House’s current state, so it’s compelling for me to tell this story.

2.Why is journalism important?

D.Porter: You know, I think the free press is one of the most important democratic assets we have. It can be frightening without it because it allows a person to hide the truth and exploit their power. Without checks and balances, if a president is so inclined, they can cheat, lie, steal, and possibly with deadly consequences for the rest of us. And so, having the press be able to ask questions and document images is the true basis of our democracy. Truth dies without the sunlight. 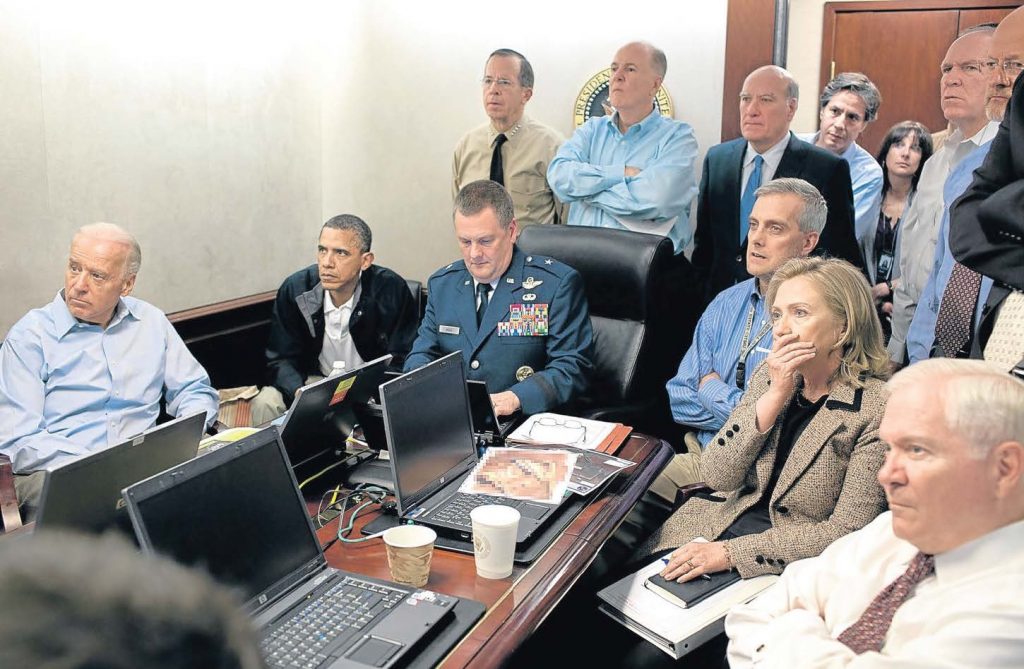 The Situation Room – Pete Souza captures the reactions during the raid on Osama Bin-Laden on May 1st, 2011

3. what does a lack of free press do for the presidency and the people?

D.Porter: So, I think the biggest thing for me is that a lack of transparency can lead to mistrust. People can start to dismiss the government, and I think we are witnessing that in real-time, in a horrific way, and how dangerous that is. Part of why we are struggling to contain the virus is because of how the current government handled Covid-19. I never imagined a world in which I would mistrust the CDC while living in the United States. Hopefully, we are getting closer to the release date of a vaccine, and we need to be able to trust the source.

Both President Obama and Vice President Biden were smart enough to listen to Dr. Anthony Fauci.⁣ ⁣ Their administration also wouldn’t ever have their officials anonymously malign him to news sources like the IMpotus who is not happy with hearing the scientific truth from one of the most respected health officials in our history.⁣ ⁣ ? #ThrowShadeThenVote because your life may truly depend on it.⁣ ⁣ ⁣ ⁣

4. What is controversial about this film?

D.Porter: Pete and I are not shy about criticizing the United States’ current president for being untruthful, being callous, and not being up to the job. So, if you’re a Trump supporter, I am sure you will take issue with that. I think for others, I hope that it is a reminder of how vital the presidential office is. There was a time in the not too distant past, where you could point to the president with pride, and  Americans were respected internationally. Or, at the very least, the president was simply a role model for children. So, you know, is there some controversy there? Probably, but I think documentaries should enlighten, educate, and maybe even provoke. I hope this film serves as a reminder of what kind of president we had and what we are dealing with now.

5. What do you hope people take away from this production?

D.Porter:  Pete shows us a behind-the-scenes look not just of one but two presidents. Pete is also very clear on his political indifference; he’s not a Democrat, seeking to only listen to one party. His message is more significant, which is no matter what party you belong to, the presidential office should have, as its basis, honesty, empathy, and hard work. And you can’t help but look at the photos, not just of President Obama, but also of President Reagan and realize that’s not what we have now. Having a president ignore experts and suggest we inject bleach into our veins as medical advice is not normal. We are really in unchartered waters, and it’s essential as a nation we come together and figure this out.

6. What role do film festivals like Tiff play in your life? Why are they necessary?

D.Porter: Festivals are so critical in the life of an independent film. It’s how you get a publicity boost. It’s the imprimatur of people who see a lot of movies. This year, particularly, TIFF has scaled-down their program, so to be selected is such a great honor. It’s just really heartening to have people view your work and know that there is an audience for it. I’m looking forward to the time when we can share that experience in person once again. I can’t tell you how many times I’ve sat next to a stranger at the festival, and we’re both crying because we were both so moved by the work. Or sitting on a bus and everyone’s having a conversation about the film. 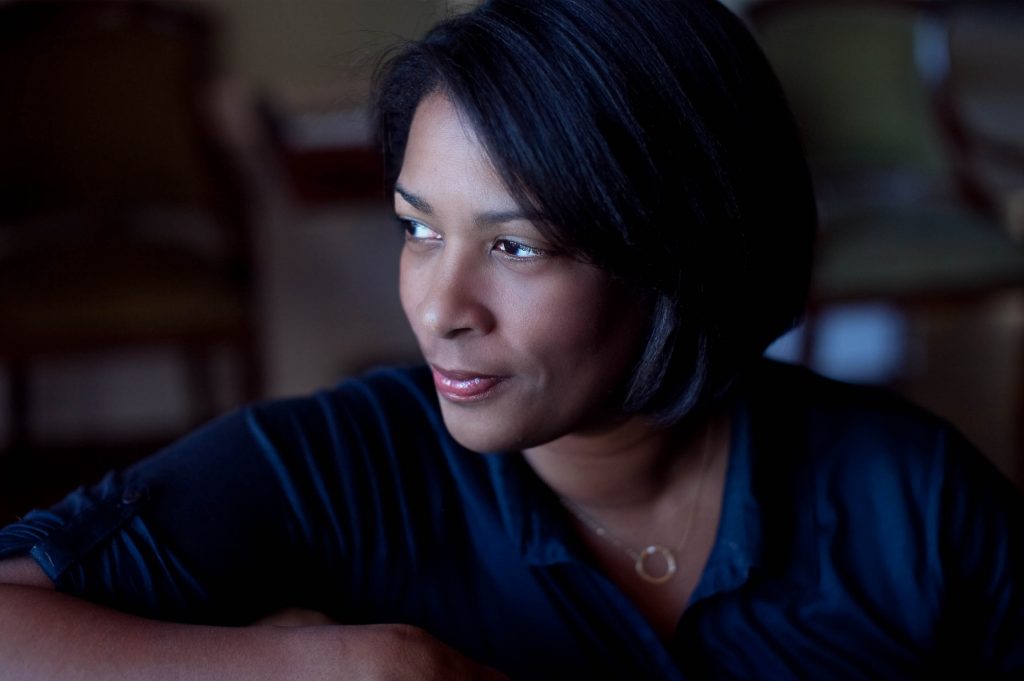 7. How do you get the most out of Film Festivals?

D.Porter: There’s a community curated by the festival, and it’s a way for people to have an emotional experience together. So, it means everything to us to be included in this year’s TIFF. I’m also proud to be highlighted in the Planet Africa Program. We are all unique in our style as filmmakers but share something special as a community.

8. How does your life experiences influence what you make?

D.Porter: My father was a photographer, and I have always loved the cinematography. I feel like you can see when a photographer is invested in the image; you can feel it. So, capturing footage has always been inspiring to me. I also grew up in a time of transformation. I was in college in the late 80s, and then I was in Washington, D.C, in the 90s. It felt like every weekend; I was going to some March or was active with civic duties. I enjoy participating in our democracy, and, as a result, I’m always drawn to stories that show how other people find their voice.

9. What was the most challenging aspect of directing the way I see it? Did you learn anything new?

D.Porter: Pete likes to be behind the camera, so it wasn’t easy for him to not be in charge, haha. Also, getting the balance right when creating a documentary with a moving picture that can honor Pete’s still images. Because it’s more than just a collection of photos, it’s an authentic look into the Whitehouse. The pandemic also added another twist, which meant shutting down in-person production and canceling scheduled interviews. Life’s not perfect, you adjust, and I’m grateful that the Focus Features distributor was super supportive of us trying new things. We had to get creative, which is why I’m proud of the film, being released under these circumstances. I love this movie, and I love what it shows about our country’s potential. And I hope viewers will see the heart behind this project and the work that went into this film.

This morning on State Street (Photo by Callie) @daneartsmuralarts

To watch The Way I See It, you can now screen through TIFFs digital festival and will air on MSNBC on October 9th, 2020

To keep up with Dawn Porter and her influential work follow her:

For more on entertainment and the latest finds follow us: