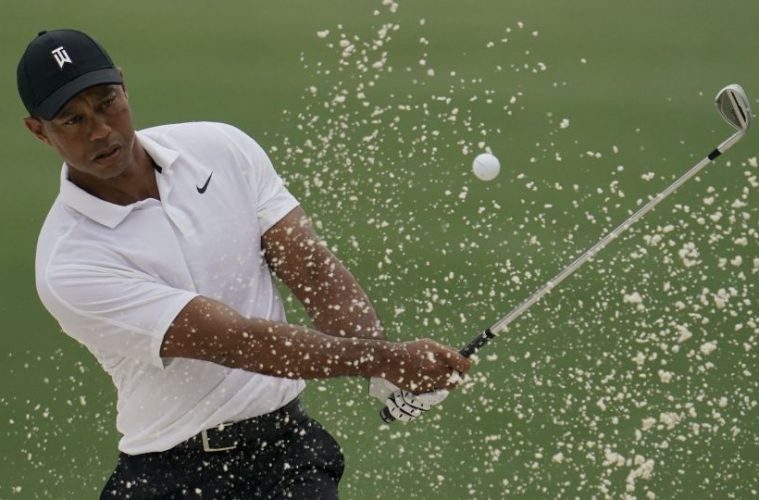 Tiger Woods Is Back – Aims To Win US Masters

Tiger Woods is back! This, after 14 months of recuperating from a horrific car crash that almost cost him his life. Tiger was seen earlier this week practicing for the upcoming tournament which begins on Thursday, April 7th. The 46 year old, announced that he is set to return to the US Masters Golf Tournament, which is held in Augusta, Georgia after confirming it in his news conference earlier this week.

“As of right now, I feel like I am going to play,” Woods said on Tuesday.

He has been keeping up with his fans on Twitter about his recuperation recently as well last year. Woods thanked his family and colleagues for standing by him. And was humbled and gave thanks to his dedicated fans alike for their outpouring of support on social media. Before his comeback, he mentioned in the news conference that “he’s feeling good,” and is confident that he can still play at the highest level alongside other top players.

The golf world is beyond excited to see his return, as well as impatiently, hopes he will make the cut and indeed win the Masters.

The golf superstar last celebrated the US Masters Championship back in 2019 before his near-fatal accident in February 2021.  As a result, he was out for the rest of the year. Tiger’s game accolades include 15 major championships under his belt and he has won a total of 82 (1 was a tied game) PGA tour titles. He is looking for his 16th major win with his return. Everyone agrees Tiger Woods is definitely iconic and legendary in the golfing world. The accident took place near Los Angeles and made international news back in 2021 when the SUV he was driving rolled over. It was reported that he was alone. The wreck was so powerful that emergency workers had to use the jaws of life to remove him from the wreckage.

It was devasting as the world watched the breaking news unfold and to learn about his injuries. Luckily, he was alive but his legs were damaged and doctors weren’t certain if he would ever walk again. Then reports came out that he had broken almost all of the bones in his body and suffered severe leg injuries.

What followed next, was months of extensive surgeries and recovery through physical therapy. Many thought he wouldn’t fully recover much or play again. His comeback is nothing short of remarkable and a miracle to put into perspective.

Tiger Woods Inducted Into The Golf Hall Of Fame in March 2022.

Weeks ago, it wasn’t finalized nor was Woods even listed as one of the former champions who would be returning to this year’s tournament. But as he was seen practicing tees and swings in Florida near his home, many in the golf world began to see this as a positive sign of his return. He also played nine holes this past Sunday and another nine on Monday. And later before confirming, Woods was also seen practicing on the Augusta National’s green. Sources say colleagues are very impressed with Wood’s practicing skills and they say his swing is good. That said, it’s his ‘walking’ which many consider to be miraculous considering all that he has gone through.

It is an emotional return not only for Woods but for his colleagues, golf fans, and spectators. He is excited to compete alongside the world’s best golfers again in the most prestigious tournament on the PGA tour.

The golf champion believes he can win the 2022 championship and fans are eagerly rooting for him to win and collect his ‘Sixth Green Jacket.’ The US Masters begins on Thursday, April 7th, and will end on Sunday, April 10th.

The Masters Tournament schedule is as follows: the first two days or rounds will air on ESPN. The last two days of the tournament will be featured on CBS. All the coverage and highlights all day can be streamed on The Golf Channel App, ESPN+, Masters.com and on the official Masters App.