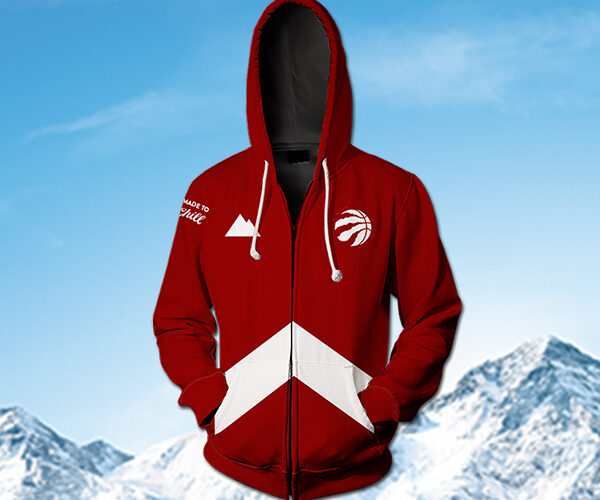 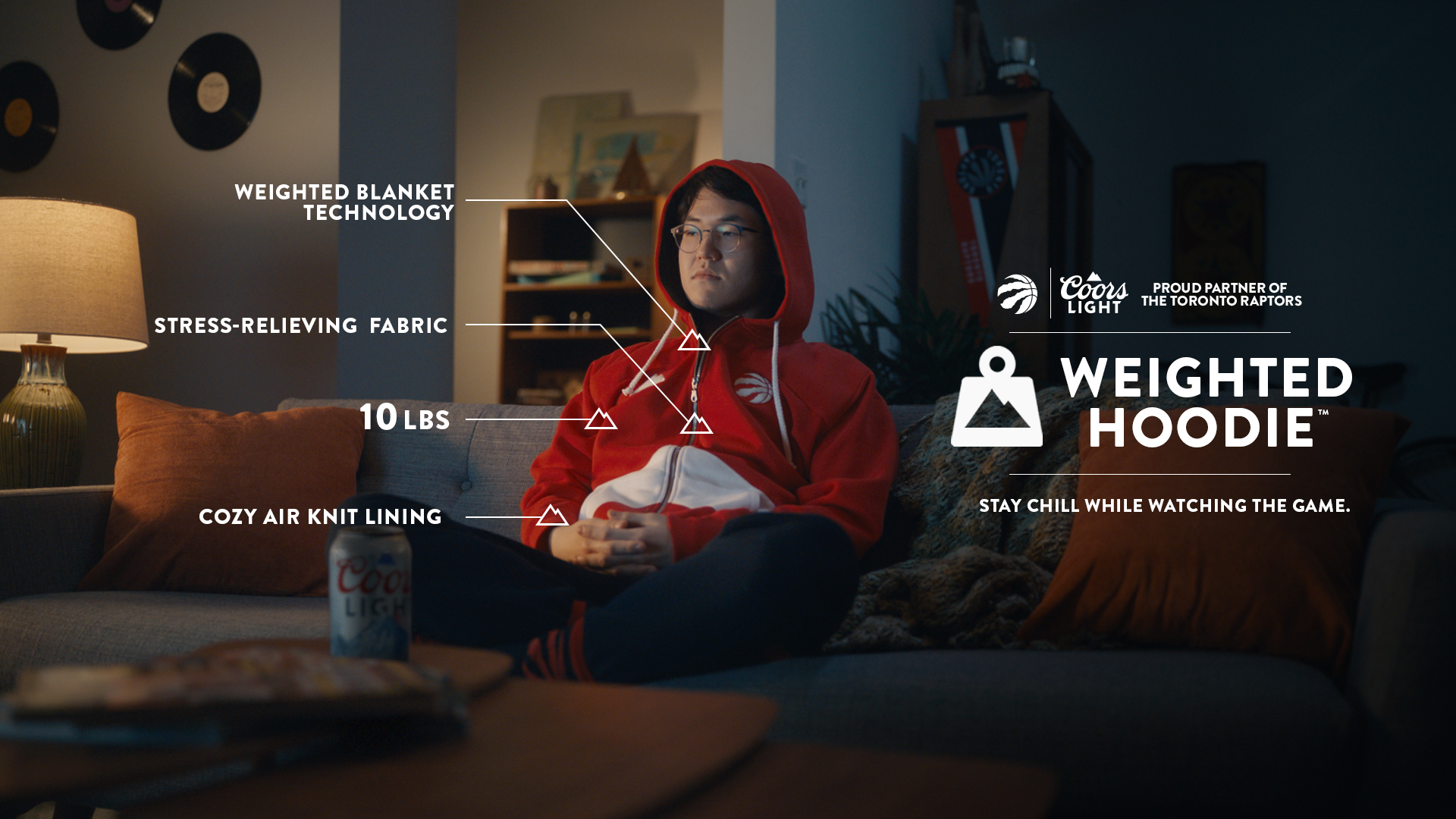 Calling all Toronto Raptors fans! Coors Light, in partnership with the Toronto Raptors, is officially launching a first of its kind in fan gear that you need to get your hands on: the Coors Light Raptors Weighted Hoodie.

Utilizing the same technology as a comforting weighted blanket, this 10-lb hoodie is designed to be worn during Raptors games and allows fans to chill through buzzer-beating, couch-coaching, high-pressure moments with ease.  It also features stress-relieving fabric and cozy air-knit lining. Coors Light ultimately realized that sometimes fans need a timeout to chill when the stakes are high, especially now that the countdown to the end of the NBA season is on.

As the Official Beer of the Toronto Raptors, Coors Light is helping fans stay cool, calm and collected even during the most tense of moments. Check out the weighted hoodie in action here to see it for yourself.

“Raptors fans are so passionate about this team, and sometimes the excitement and pressure of the game can be overwhelming,” says Akil Augustine, Official Host of Jurassic Park for the Toronto Raptors and Spokesperson for Coors Light. “The Raptors Weighted Hoodie can help Toronto fans cool off when we know that the Raptors are facing a new type of adversity and emotions are running high.”

As if this announcement wasn’t exciting enough, check out how you can win one for yourself or someone you know! Visit the @coorslightcanada’s weighted hoodie post on Instagram or Facebook to tag and nominate a fan for a chance to win, or head to Ship and Sip to purchase one for yourself (while limited supplies last).

We can’t wait to get our hands on one- Go Raptors!

Ways to Choosing the Right Jewellery for You