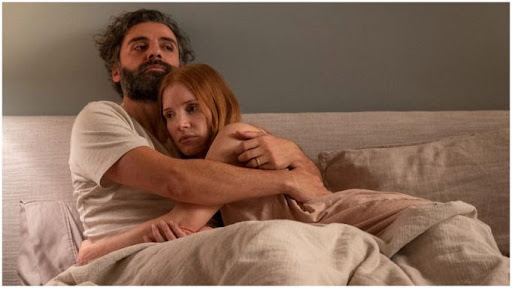 When Levi was approached by Bergman’s son to do a remake of the series, he worried that it might be too hard for a modern audience to identify with the characters. In the 1973 version, the man was the one having an affair and wanting a separation while the woman seemed too weak to Levi. So the filmmaker decided to swap the main characters’ sexes and modernise the story while attempting to make the couple more relatable. Isaac plays Jonathan, a loving and generous professor who’s found a balance between academic work and domestic duties. Chastain is Mira, a cold tech boss who feels suffocated by the marriage.

Thus the film becomes a clever commentary on how the world has changed since Bergman’s series, and how the relationships between husbands and wives, men and women have been affected. As Mira is the one supporting the family, the series explores what it means to be a mother when it’s the father who takes care of the child most of the time, as well as a woman’s relationship to desire and fertility. And how does a man deal with his role as a caretaker when it’s the woman who leaves and betrays him?

Divorce wasn’t common in the 70s when Bergman’s series came out, but now it isn’t a taboo anymore. So rather than focusing on the constraints of marriage, Levi has decided to focus on the trauma of divorce, in a world where everyone seems to leave and move on. When Mira finds a lover and decides to leave overnight, still traumatised by a decision the couple made months before, the most shocking and visceral part of the episode isn’t the endless fight between her and Jonathan, but the moment he helplessly looks at her as she runs out in the snow, hair still wet, luggage in hand.

Scenes From a Marriage is a performance-led drama. Chastain and Isaac talk and fight onscreen for five hours and their turns as Mira and Jonathan are what makes the series worth watching. Mira’s coldness and detachment in the relationship is what made her successful in a business world which is traditionally masculine-coded, and it’s painful to watch her repress her feelings in her marriage. Jonathan tries too hard to save a relationship that is beyond saving and his failure consumes him. In the end, the house where most of the series is set becomes claustrophobic, almost a metaphor for their crumbling marriage, as Mira comes and goes, and Jonathan remains, trying to make sense of it all. 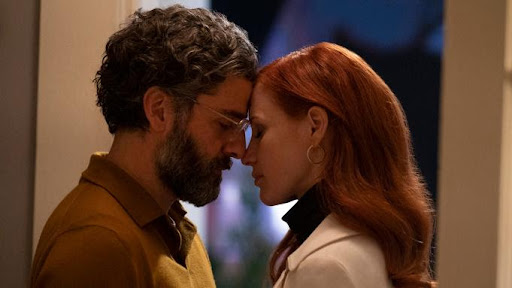 Oscar Isaac and Jessica Chastain in Scenes from a Marriage.