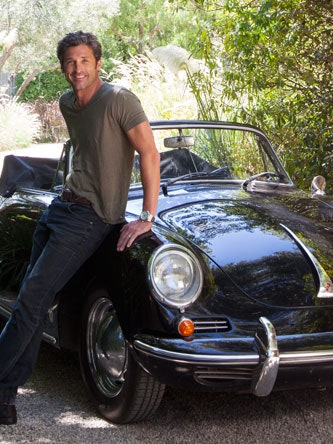 What celebrities have an interest in classic cars?

Everybody knows that celebrities can be especially dedicated to their car collections. As collectors, some are particularly interested in purchasing classic cars. Their collections include some of the greatest cars of the past and are sure to make many vintage car fans envious.

Here are some celebrities that have developed a real interest in classic cars and their best cars.

Chris Evans and his love for Ferraris

Chris Evans has an extreme interest in cars which was one of the reasons why he went for the Top Gear job. As a presenter of the popular show his love for cars inspired his audience and turned him into a legend in the world of cars. He has owned several famous cars over the years, such as the original car from Chitty Chitty Bang Bang and a 1959 Ferrari 250 GT California Spyder that used to belong to Steve McQueen. Another Ferrari in his collection was the Ferrari 250GT SWB Berlinetta which he later sold. One of the newer additions to his collection is a 1963 250 GTO Series II, which has a 3-litre V12 engine and can reportedly speed up to 174mph. Evans also owns numerous other car brands such as Jaguar, Mercedes and Bentley.

Rowan Atkinson is a well-known petrol head in the UK.

The famous comedian and actor is the owner of the DB7 that appears in Johnny English and also invested in a smooth Bentley Mulsanne. But Atkinson is not simply a wealthy collector who doesn’t get behind the wheel himself: He even drives his own McLaren F1 racing car, which he bought with the income he earned from the first Mr Bean movie. According to GQ magazine, he later sold the F1 for £8 million after having crashed it twice and receiving the largest insurance cover that was ever paid out in the UK of £910,000. A good example of how important a good classic car insurance is. Unfortunately, he has also suffered other accidents, crashing his Aston Martin V8 Zagato – a model of which only very few have been built between 1986 and 1990.

Robert Downey Jr. has a huge collection of US muscle cars.

Robert Downey Jr. is known for his extravagant classic car collection and has purchased several rare models after filming Iron Man. The actor especially loves his 1965 Corvette Stingray but has also collected Mustang and Mercedes-Benz vintage cars from the 1970s as well as driving sleek Audi R7 and R8 models. (He is a fan of Audis and has even purchased the remarkable Audi E-Tron GT Concept.) The Marvel star loves to share his love for cars with others and has given his co-star Chris Evans (Captain America) a 1967 Chevy Camaro which he customized especially for him.

Other celebrities who collect vintage cars

Another celebrity who is known for his amazing car collection is Jay Leno who drives a 1909 Baker Electric, 1955 Buick Roadmaster and a 1967 Chevy C10, among others, while Beyoncé Knowles has a 1959 Rolls-Royce Convertible Silver Cloud parked in her driveway. Aaron Paul, who played Jesse Pinkman on the TV show Breaking Bad, rewarded himself with a 1965 Shelby Cobra after becoming successful as an actor.

Owning a vintage car can be a thrilling experience, especially if you have a collection to choose from. Classic cars can also be a very good investment as they often grow in value over the years. However, if classic cars are something that you’re interested in and you choose to drive them, then you’ll want to ensure you have the insurance and tax in place, so it’s protected. This will make your investment much more valuable. Now you decide: Which of these celebrities’ cars would you pick? And what makes them so unique?