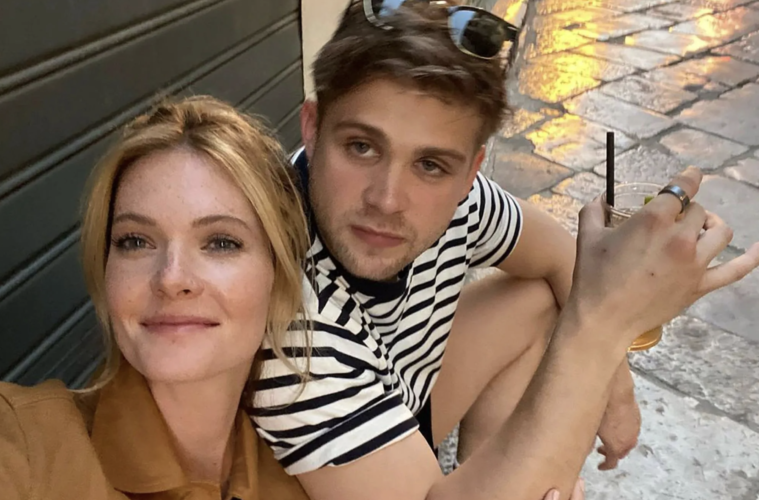 Love on set of The White Lotus 2? 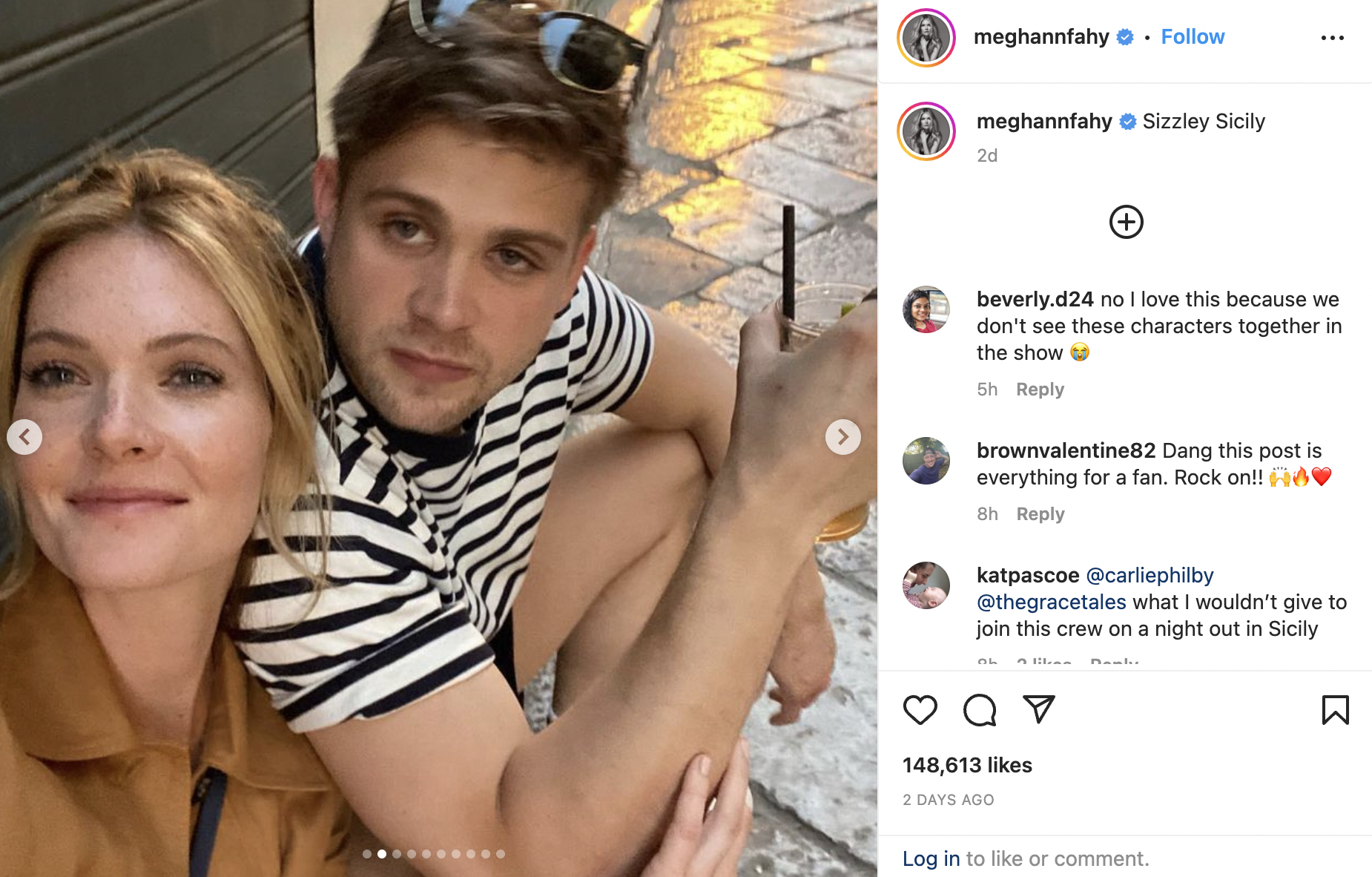 The two first sparked dating rumours when Fahy posted a recent series of Instagram posts with Woodall making the most frequent appearances. 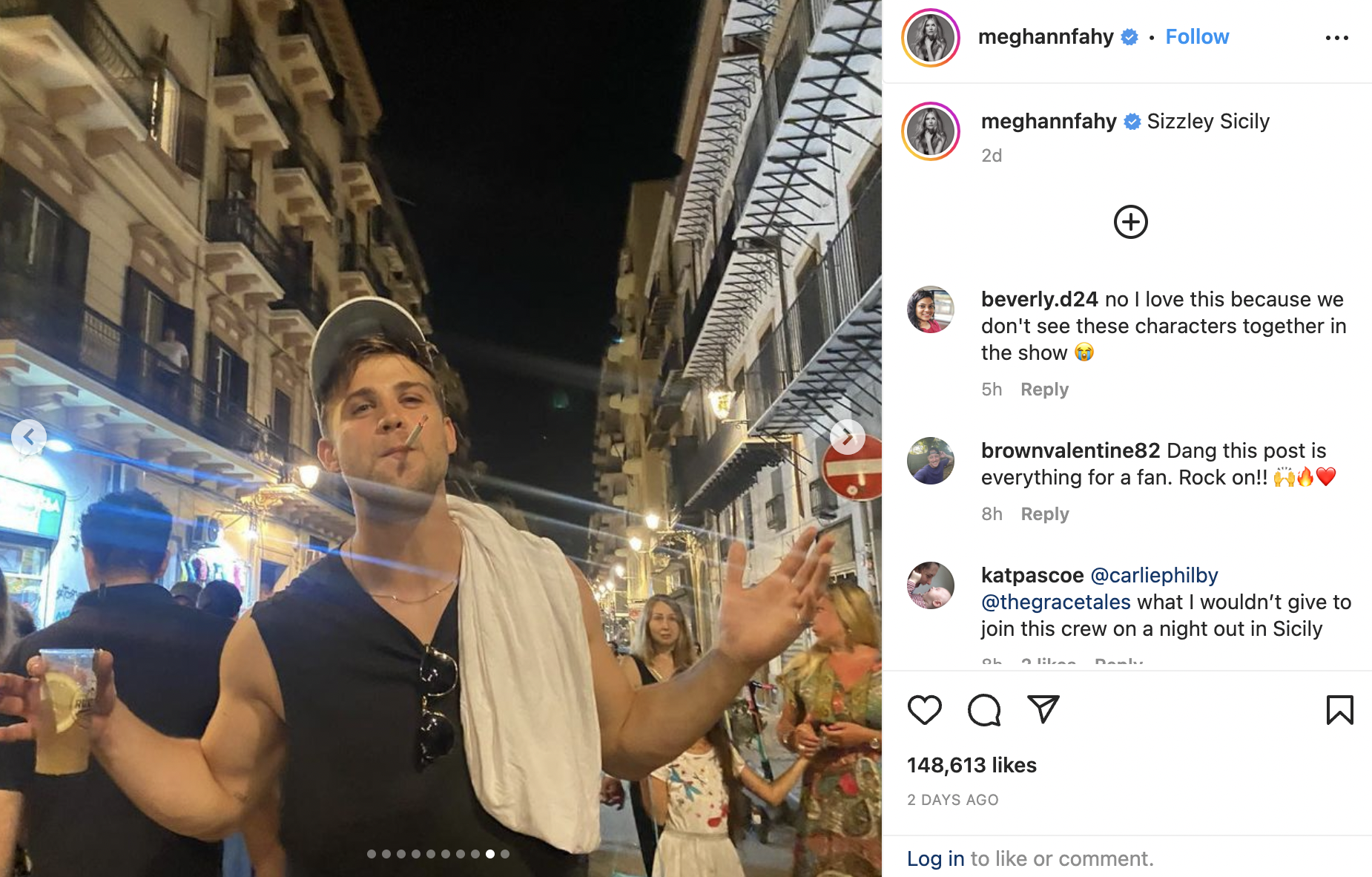 Fahy captioned the post “Sizzley Sicily” and the post featured most of the cast members with behind-the-scenes moments of all of them during filming. However, Fahy and Woodall looked particularly cozy in the actress’ second photo which featured a selfie of the two of them.

Fahy played Daphne Sullivan while Woodall played Jack, Quentin’s handsome nephew, on the latest installment of White Lotus. The White Lotus is a series featuring a star-studded cast in which all of the characters head to the same resort and the show follows each of their experiences.

White Lotus has been gaining popularity online with the second season, in particular, hitting a series high-viewership. In fact, the first episode brought in 9.5M viewers, which surpassed Season 1’s average of 9.3M viewers per episode, as outlined in this article.

So, are the duo really together? Nothing has been confirmed as of yet but fans are starting to think that the pair are more than just friends. For now, we will have to wait and see if the romance rumours between Fahy and Woodall are the real deal.

As viewers wait for updates regarding Season 3, some questions are swirling in relation to where it will take place and which cast members might make their return; for instance, will we see Daphne and Cameron back on the screen?

In recent news, Canada’s Quebec City is looking to host the third installment of the series with a pitch from Destination Québec cité and its advertising agency LG2. Robert Mercure, head of the organization, pitched creator Mike White the idea of hosting the show in Quebec City, which is a UNESCO world heritage site. He also plays up the claim that Quebec City is the site of “the most photographed hotel in the world” (Fairmont Le Château Frontenac).

With rumours swirling about the cast and location, it seems like we’ll have to wait and see what Season 3 has in store!