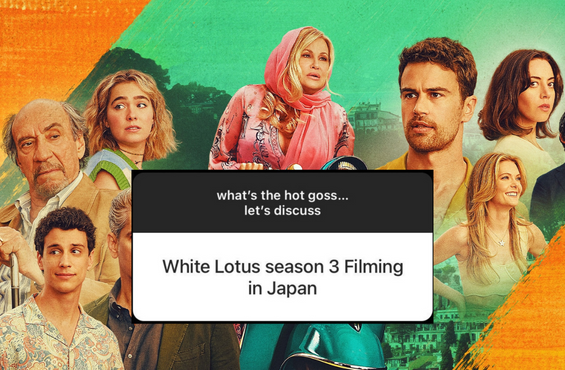 According to a post on Deux Moi, White Lotus Season 3 filming location will be Japan.

Creator Mike alluded to the filming location being in Asia in The Guardian on October 29th, so perhaps there is truth to this tip sent into DM. A quote from the article in the publication stated, “all being well, he might make a third season, possibly set in Asia next time, assuming HBO gives the green light.”

During the red carpet premiere of White Lotus Season 2, Mike White also stated about a third season: “but if we did, I think it’d be fun to maybe go to a whole different continent. You know, we did Europe, and maybe Asia, something crazy like that, that would be fun.” 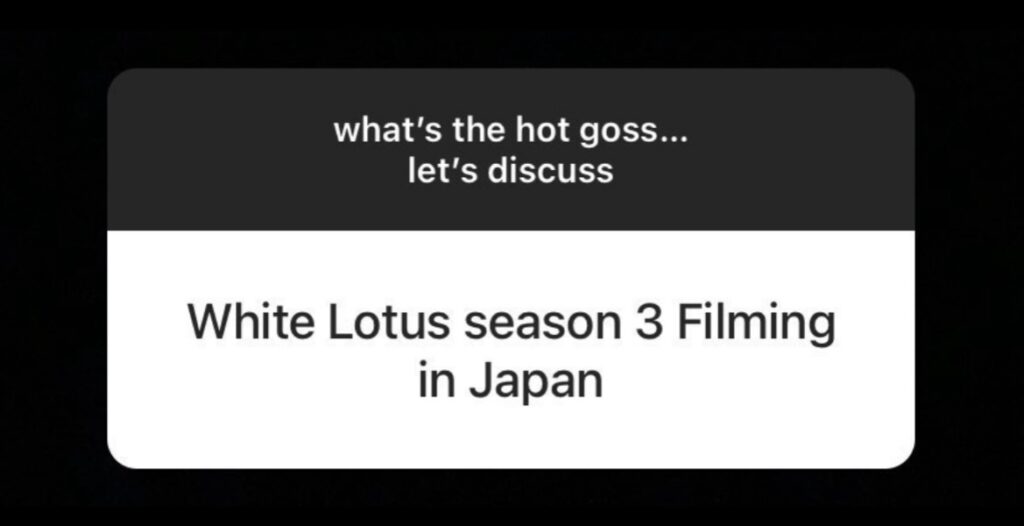 Stop Reading now if you don’t want to know as it may ruin how you think Season 2 will conclude.

Another rumour circulating about the third season on Deux Moi, is that the team would love to bring back Connie Britton and that Jennifer Coolidge will be back for a third time. Given how much her character Tanya is loved, this one would make sense to us. We love to keep up with Tanya’s dramatic antics.

For anyone who watched the finale of White Lotus you now know that Jennifer Coolidge aka Tanya did not make it past the final episode. According to Deux Moi, someone Dm’d her last night and said that the tip about Jennifer Coolidge was submitted from the studio to throw everyone off. So as always, take rumours with a grain of salt.

Users on Reddit have been speaking about their dream cast for the next season with names such as Stanley Tucci, Toni Collette, Laura Dern floating around but who would you love to see in the next season?

We will update this as soon as more details on White Lotus Season 3 are confirmed and happy watching this Sunday!