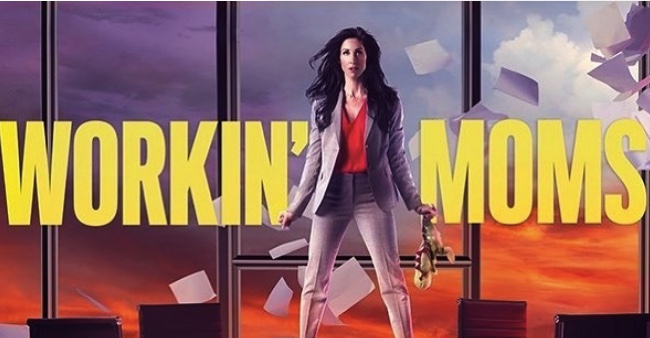 Workin’ Moms Is Back For An All-New Season 4

Workin’ Moms is a binge-worthy comedy following the awkward realities of motherhood. Returning by popular demand, you can catch the season 4 premiere on Tuesday, February 18, 2020, at 9:30 p.m. (10 NT) Find it on CBC and CBC Gem streaming service. Join us as we sit down with the hilarious, and uber-talented Catherine Reitman, writer, producer, and star of the hit series. Catherine dishes on the latest season, working with her husband, and the inspiration behind the show.

How did you create the character, Kate Foster?

C.R: The character Kate, Frankie, and Jenny are all based on my own experiences as a working mom. I was not a natural fit for motherhood. I felt selfish, and I was terrified that I was going to lose myself when I became a mom. It’s something I found difficult to bring up to other women. Even five years ago, the landscape of motherhood was vastly different than it is now. There was nothing out there about three dimensional, flawed mothers, so I didn’t hesitate. 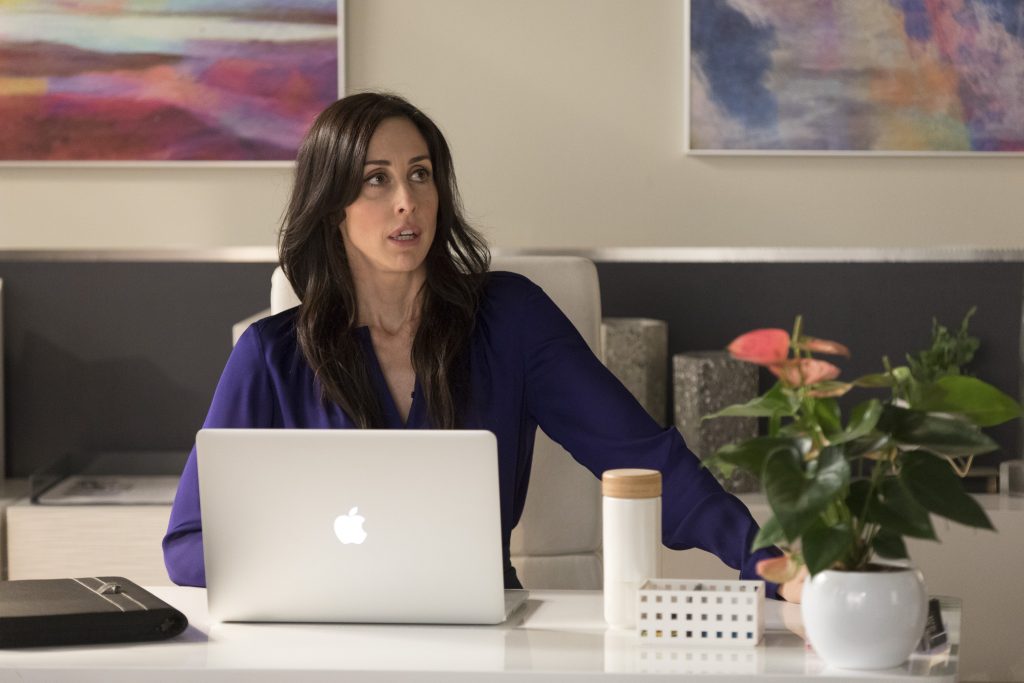 Did you ever shy away from telling some stories?

C.R: I thought I’d get one season, and this thing would cancel, so I gave it my ALL.  I knew that I had one season to tell all these personal, slightly scary stories that have happened to me and what it led to, and showing the comedy through that lens. Now that we’re on Season 4, which is even crazy to say aloud, it makes me think that I wasn’t alone in that hunger. People want to see these kinds of flawed, three-dimensional women portrayed on TV. I just wanted to keep pushing the envelope, and telling more daring stories, that matter, that people can connect too. 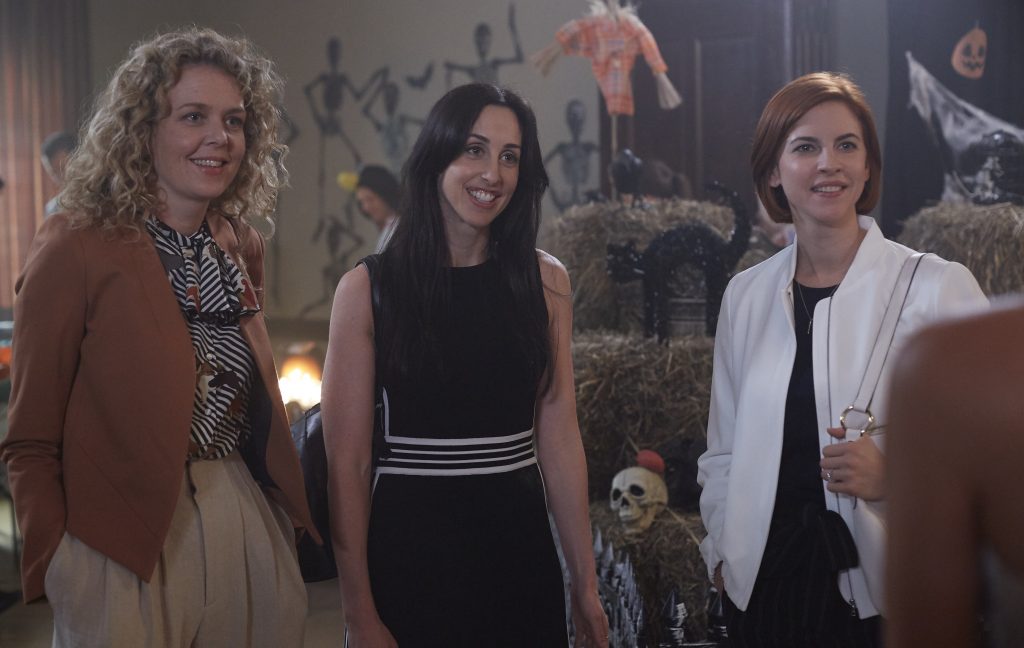 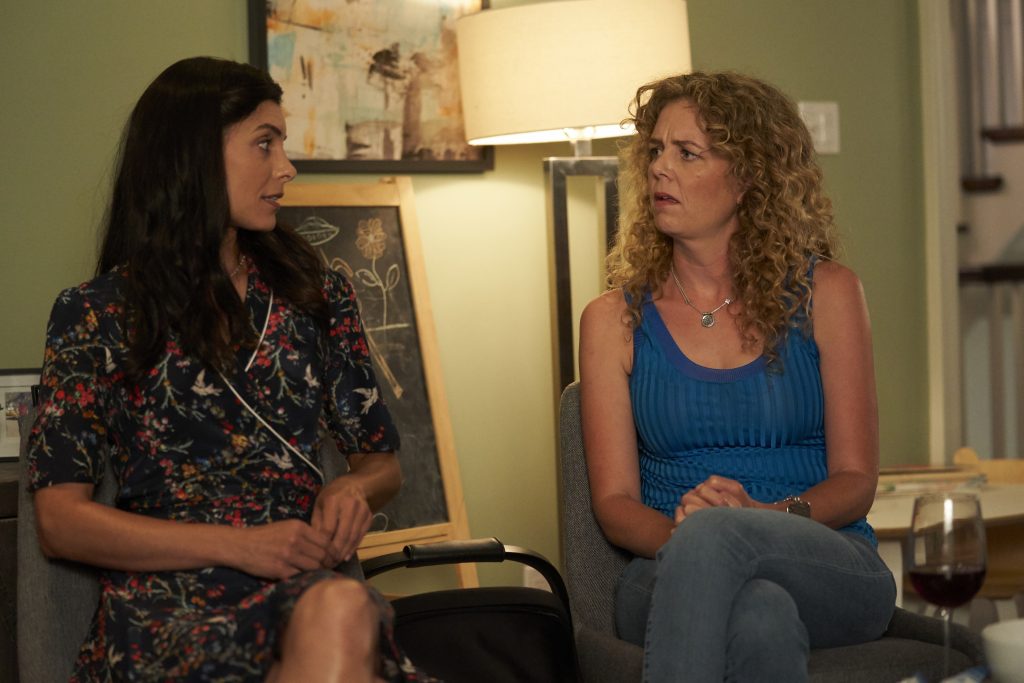 What can we expect from season 4?

C.R: I think it’s going to answer a lot of questions left unanswered in season 3. It ended on a major cliff-hanger when we learn Kate’s partner was unfaithful. Kate is at a fork in the road. She can either stay with her partner with whom she has kids with or pick this new sexy option that makes her feel like the person she was before getting married. I mean, that’s a conversation I have with a lot of girlfriends not leaving their husband necessarily. But God, remember who I was, and who am I now? Could I even be that again? If given that choice once more, how would I do it differently? So that’s something we dove into with Kate, and I think it’s a pretty epic season. 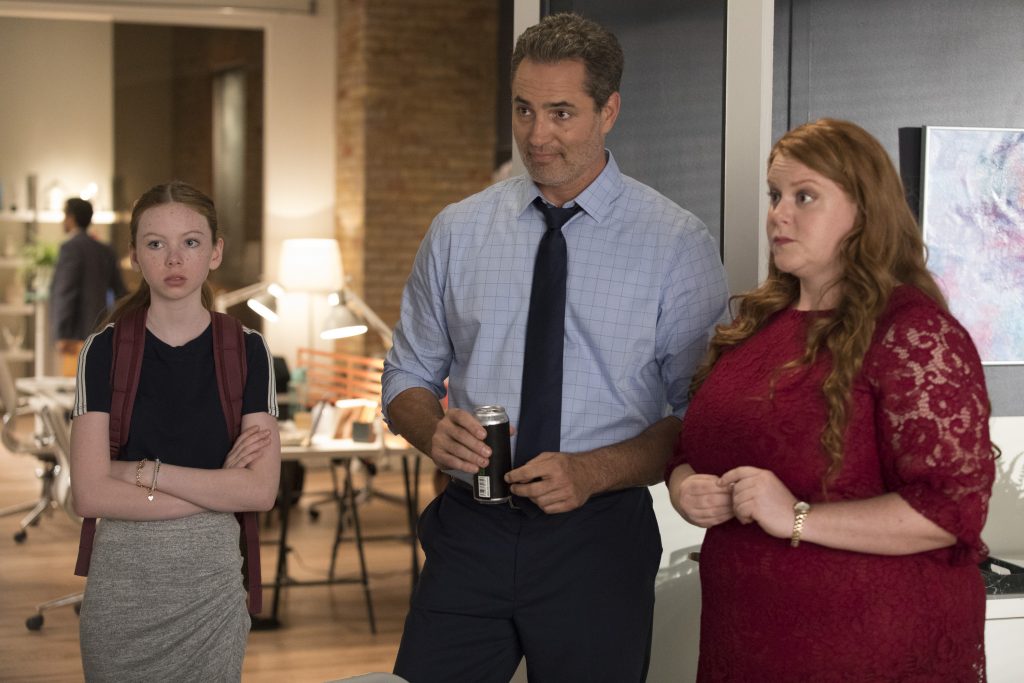 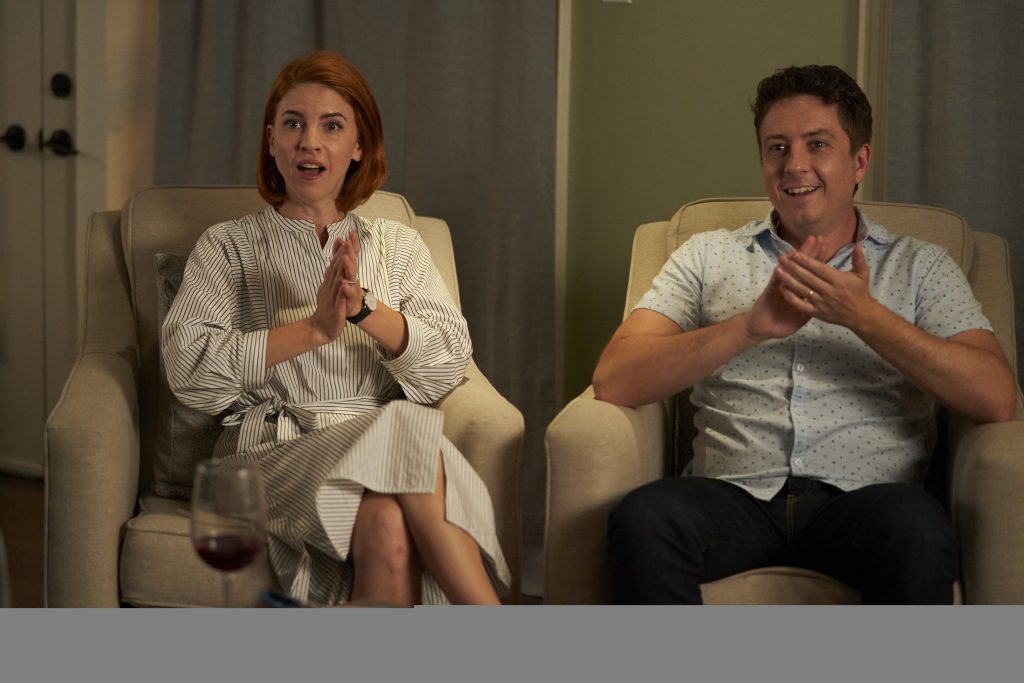 Tell us about shooting with a live bear in season 1?

C.R: We get a lot of love for the bear scene because it’s the emblem of what it is to TRY to have it all. It’s impossible, it’s terrifying, and there are so many obstacles to tear you down, that can feel like a physical threat to you, and your loved ones.  So we’re watching this working mom get her ass kicked for the whole episode, and she stumbles upon the greatest physical representation. A manifestation of everything she’s dealing with internally. It was that women, men, girls, boys, people of every walk of life that talk about how they connected to that scene — having that primitive moment where you have to stand up to all these obstacles. It means so much to me to know that this isn’t just a mom thing. The same way that most people aren’t just moms who watch the show; it covers a larger demographic.

WE’VE GOT A DATE PEOPLE! FEBRUARY 22nd season one of @workinmoms will be available on @netflix worldwide. SHOUT IT FROM THE ROOFTOPS!

How is it working with Philip Sternberg, who not only plays your partner on the show but is your husband in real life?

C.R: I don’t think this is going to be breaking news. But working with your husband can be incredibly challenging. On the other side, I have several love scenes where there’s an ease because I’m working with my husband. Philip knows me, and so I always feel safe. The other part is he’s not just some other actor, taking care of himself. Philip wants me to shine, to get out what I intended for every scene. If we have a win on set, we get to go home and celebrate it together. So, in that way, we are on the same marathon, and that’s really special. 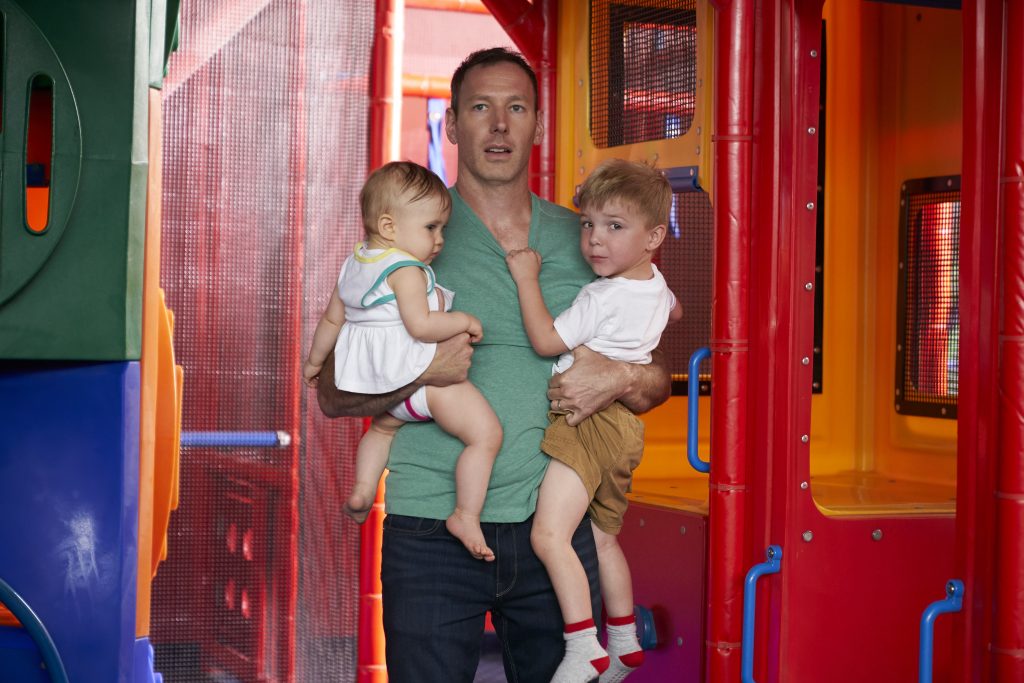 How did you create something so raw and authentic?

C.R: Yeah. I mean, Phillip has always been my biggest cheerleader, best editor, and greatest motivator. Phillip was the one I opened up to when I first had my breakdown about my identity crisis. I had postpartum depression and was questioning who I was after my first son. It was Phillip who sat me down and said; you’ve got to write something about this. At that point, we had never seen anything like it on TV, and he encouraged me. We created the idea together, and as a result, he’s always holds me to a very high caliber. Philip directs half the season, so he’s equally as responsible for the show as I am. 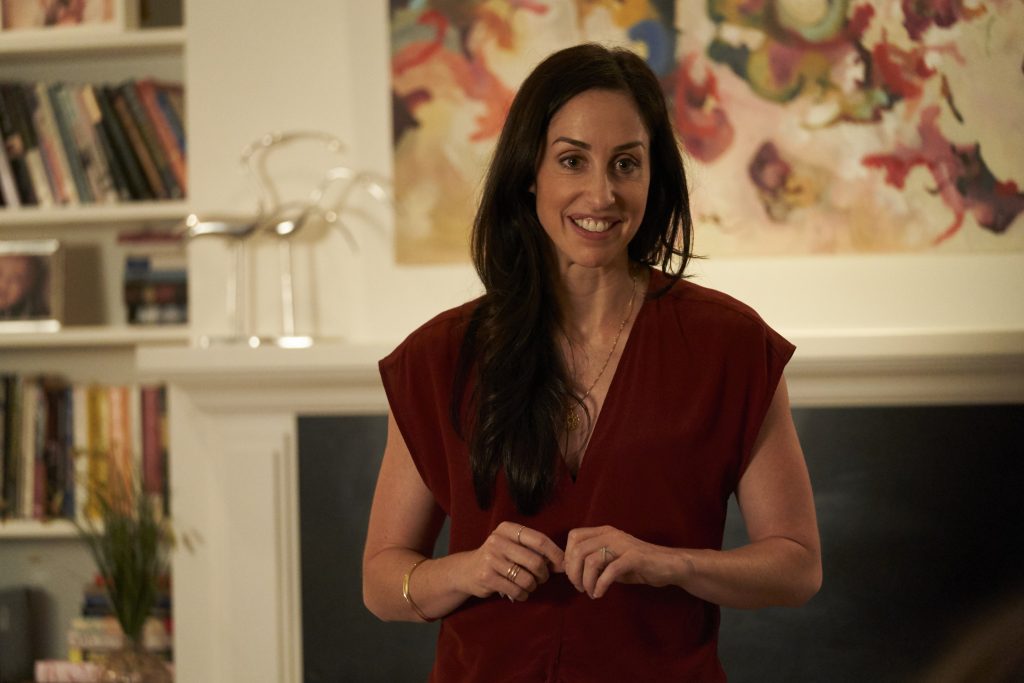 What is the most satisfying aspect of creating this series?

C.R: I can’t tell you what it means when someone connects to what we created. It not only makes me feel justified in writing these sometimes very indulgent scenes, but it makes me feel like I’m on the right path and hopefully sharing light with others. 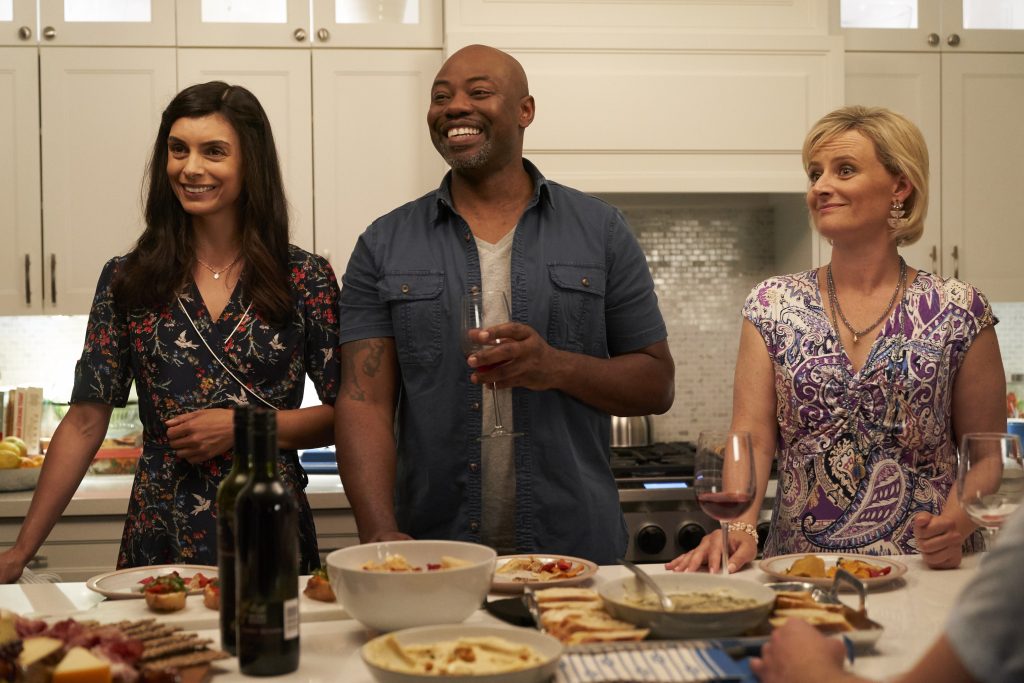