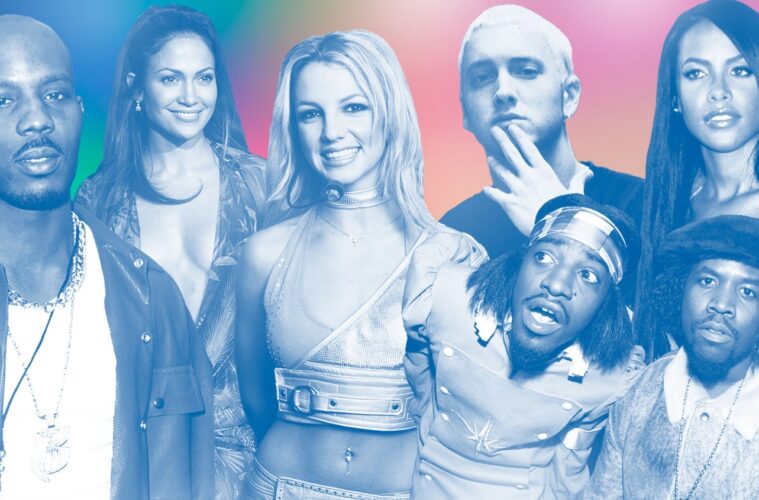 Staying on top of new music is great and all, but something about throwback tracks inspires a ceratin excitement that simply cannot be obtained any other way. Depending on your age and inclination you might find a certain era of tunes more appealing than others. Whether that be the hair bands that rocked stages all 1980s long, or perhaps the harmonized boy bands of the 1990s is your cup of tea. However, songs from the 2000s carry a blend of melodrama, freshly minted nostalgia, and signability unparalleled by any other era of music. Thus a collection of tracks influenced by all denim everything and bedazzled jeans is mandatory for any occasion where you want to inject a bit of energy. For all your 2000s needs, here is a proposition of 10 songs that are sure to make you think “no way this song!?”.

The former No doubt frontwoman coming together with Akon is a match made in heaven. Just try to keep yourself from singing along to Akon’s autotuned refrains and outros. It cannot be done.

This banger may have been released in 2006, but surely provides the same encouragement to dance today. JT going back and forth with hitmaking producer Timbaland will have you vicariously spending the night in a 00s nightclub.

All the former angsty teens will welcome this one with open ears. Hailing from Belleville, Ontario, Avril Lavigne was only 18 when her debut single hit the #1 spot on the Canadian charts.

Regardless of the lyrics of suicide in the chorus, Beautiful Girls will have you up on your feet. This one-hit-wonder is a simple tale of love and infatuation; a prominent theme in the 00s.

Before the video-sharing app, we had this party anthem. Perfect for the pre-game before a night out with mates; Tik Tok will have you feeling like P. Diddy in no time.

Back in 2008, before Kanye West became the prolific figure he is today, we had this collaboration with UK singer Estelle. While the song may be about a cross-border love, a special someone at a certain function will do the job just as well.

While this one came out in 1999, we’re willing to make an exception for such an unexpected anthem. This Napster-era collaboration between legendary guitarist Carlos Santana and Matchbox 20 singer Rob Thomas is astonishing in the most unconventional way.

There’s really nothing about this song that would make you think it’s from the 00s except for its 2007 release date. However, this blend of psychedelic synth-pop is irresistibly catchy and sure to set you apart from any notion of being conforming to the mainstream

Before Beyoncé took over the world as a solo act, we had this piano ballad to chant. This emotional track will have you reflecting on how much better you are without a certain someone weighing you down.

Can’t Get You Out of My Head – Kylie Minogue

Just as the name suggests, you won’t be able to help yourself from singing along to this one. Hearing Kylie belt on about a mysterious lover will have you moving your head side to side.