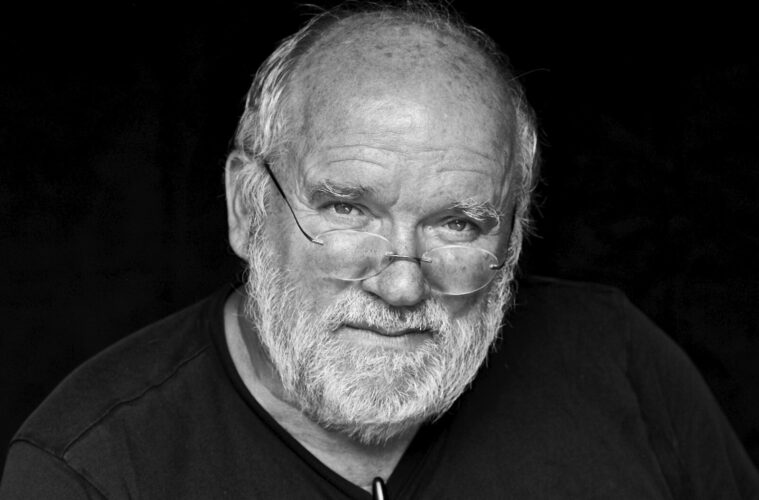 Peter Lindbergh was one of the most prolific and influential fashion photographers of the latter half of the past century. His signature grayscale, natural style shaped the future of fashion photography from the ‘90s. His stark, high-contrast images have graced the pages of countless issues of Vogue, Harper’s Bazaar and more. Here are four of his most iconic images, and the stories behind them that made them fashion history. 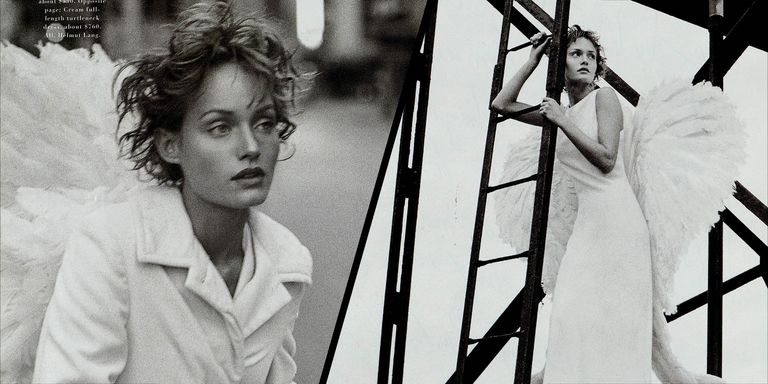 This iconic Lindbergh photoshoot sees model Amber Valletta cast as an angel set against the backdrop of New York City. The striking imagery is characteristic of Lindberghs style, with a mind to effortless elegance and natural yet angelic beauty in a very real and undoctored setting. Famous for never touching up his photos, Lindbergh places Valetta, windswept hair and feathered wings, against the rainsoaked stone and cement, the iron and lights of the big city. Divinity in the real world, simplicity in unaltered beauty epitomizes Lindbergh’s work. 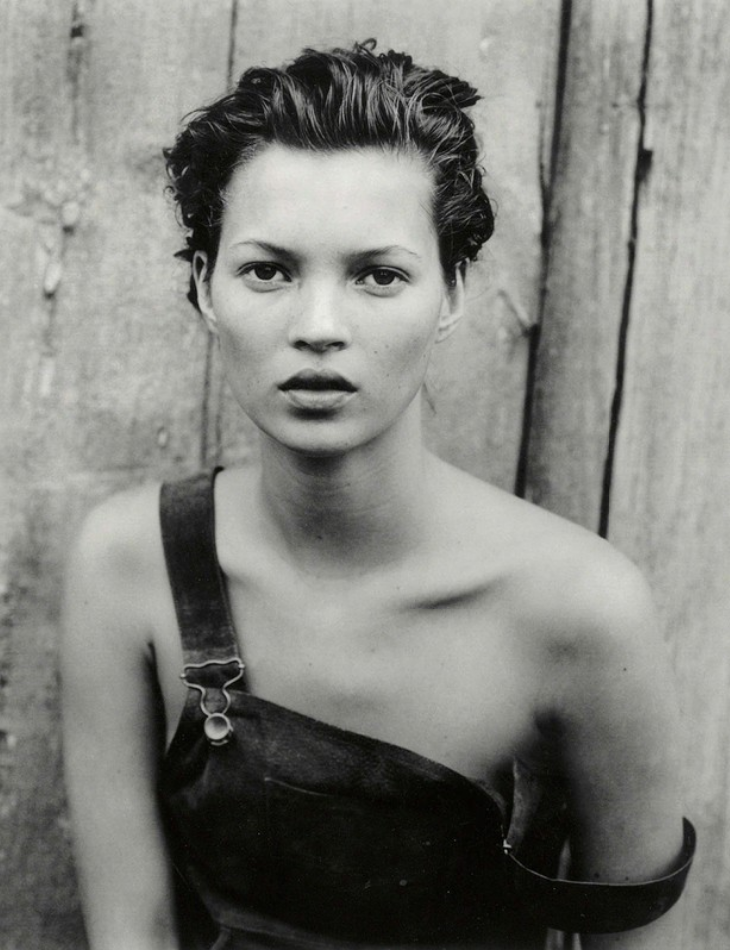 At the height of the heroin chic trend of the early-to-mid ‘90s, Kate Moss rose to fame through her collaborations with Calvin Klein and her role in size zero fashion. Moss was one of Lindbergh’s favourite models to work with, pictured here for Harper’s Bazaar in 1994. She revealed in a 2013 interview that Lindbergh’s work photographing Linda Evangelista was what had inspired her to become a model. Though this photo was not the first time the pair had worked together, Moss was chosen for this photo shoot after a scheduling conflict left Madonna unable to attend as had originally been planned. 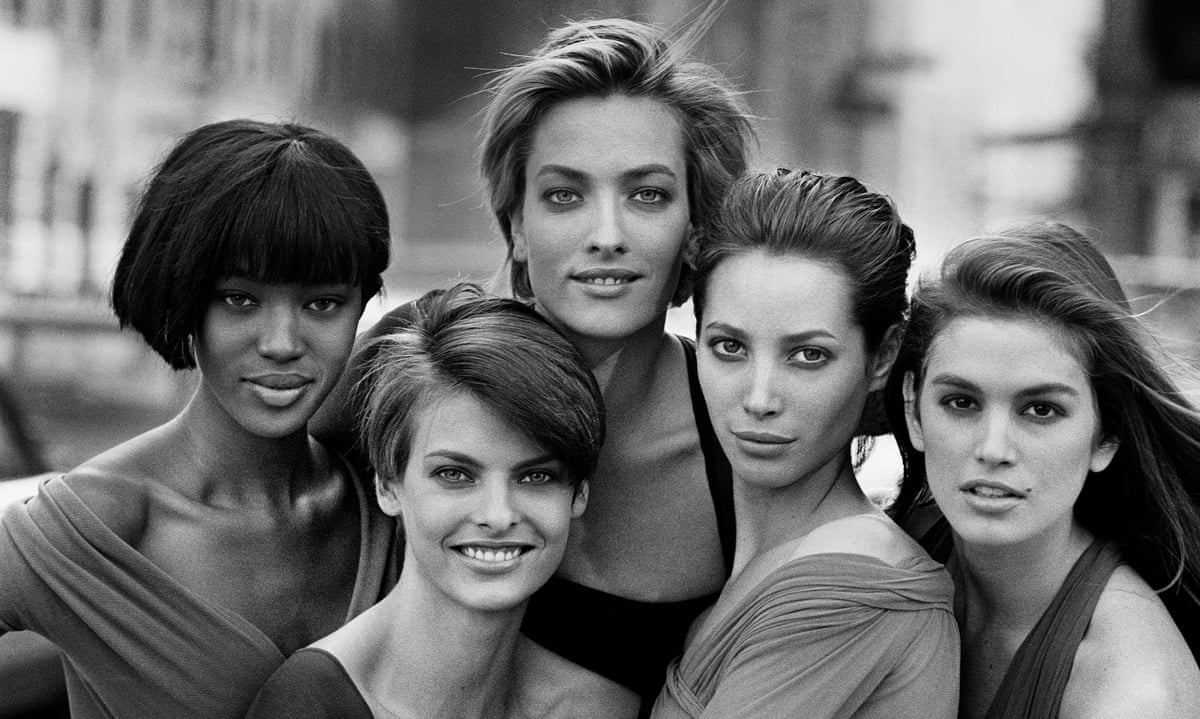 Featuring Naomi Campbell, Cindy Crawford,Linda Evangelista, Tatjana Patitz and Christy Turlington, Lindbergh’s cover photo for the first issue of British Vogue of the 1990s is credited with ringing in the ‘90s supermodel era. Crawford wrote for Vogue that Lindbergh had been asked by the magazine’s editor Liz Tilberis to photograph the new woman of the ‘90s, to which Lindbergh said that the definition of beauty had widened, and could no longer be emblemized by just one woman. So instead, five women were chosen who would later become definitive models of the decade to come. 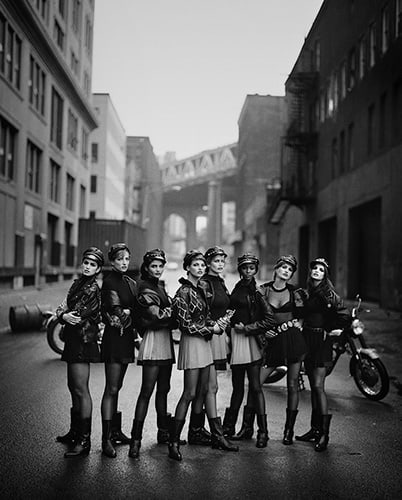 A year later, Lindbergh worked again with Crawford, Patitz, Evangelista and Campbell, this time also enlisting the help of Helena Christensen, Claudia Schiffer, Karen Mulder and Stephanie Seymour to round out the 8-supermodel group shot. Dressed in biker jackets, boots and hats paired with mini skirts, the models filled the then-desolate streets under the Manhattan Bridge with a rugged homage to ‘90s biker culture and the 1954 Marlon Brando film The Wild One, for which the photo was named.