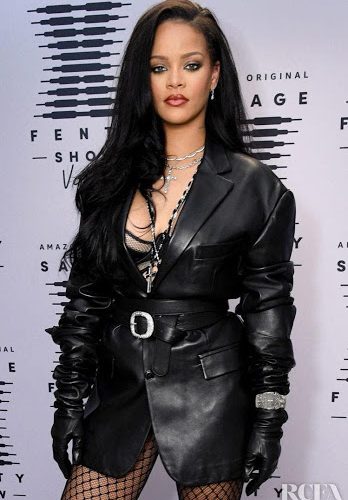 All about that Fenty

Superstar Rihanna never stops putting us in awe by always creating nothing that is short of pure excellence. Rihanna created worldwide renowned lingerie called Savage x Fenty which caters to all shapes and sizes. Even with the negative impact, the pandemic has had on fashion, Riri illustrates resilience as she still decided to throw a party/concert fashion show and the results of it were totally worth it. In partnership with Amazon Prime to stream the hour-long production of the show. The lingerie line is more than just lingerie but rather there is a substantial meaning to the design of the lingerie in which Rihanna envisioned. Here is the various meanings attached to each design my Savage x Fenty. 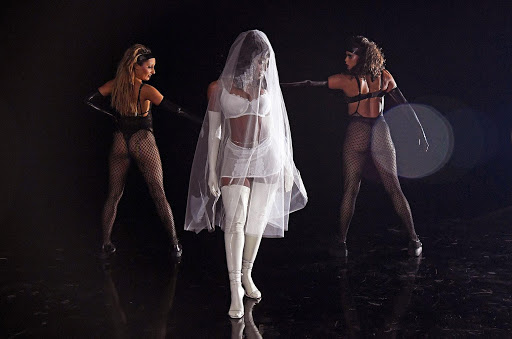 A fun fact about the beautiful Riri is that she loves to write things with her hand and this is incorporated into her lingerie design. The first designs that appear in Volume 2 are embodied in her handwriting and doodles. Each and every single item of a bra, underwear, and bodysuits are crafted with the drawing of ‘XoXo’ as well as smiley faces and hearts. The concept is from writing a diary as well as doodling in a personal diary. The show did not show a single sign that it was filmed during a pandemic but still adhering to Covid-19 regulations. For Riri, the lockdown was a mixed blessing in the sense that being constricted in lockdown forces a lot of creativity as it is easier to be still and be in touch with your mind and imagination even if you can’t truly express it outside the terms and conditions that implicate the Covid-19 regulations. The Savage x Fenty is a beautiful reminder that even we might be living through a difficult time, our creativity and the things we once enjoyed don’t have to fizzle out.

Lingerie is a powerful item of clothing as it is a statement of our sensuality for both males and females. Savage x Fenty is displays diversity as the collection comprises of designs that fit different body shapes with a wide array of supermodels ranging from Cara Delavigne to Paloma Elsesser. The Savage x Fenty show had performances such as Rosalia and Ella Mai performing her latest song titled “Not another love song”. This show has been part of the latest searches and tweets on how it was a show stopper and Queen Rihanna never ceases to amaze us. Her collection is vibrant and consists of bright colours as well as more conservative pieces for those who like classic designs. Superstar Lizzo was of course part of this amazing production and also got to show off one of Riri’s collection of the Savage x Fenty show. The beautiful star wore a luminous baby blue two-piece lingerie. 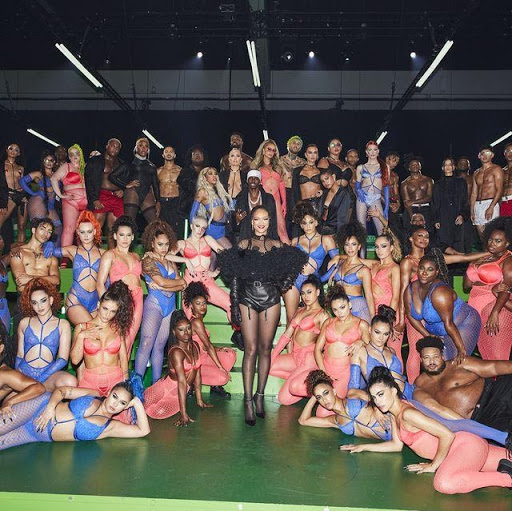 The aim of the show was not only to have a primary aim of only showing off lingerie but also was passing on a message of sexuality being hybrid and not one-sided that may be also tainted with various experiences that people may encounter. The collection is also an advocate on the body positivity movement as the collection has sizes go up even to an XXL. This is refreshing to see that the fashion industry is opening up inclusivity and acknowledges that beauty is not one size fits all. The show also had some male presence from celebrities such as Travis Scott in the production who displayed the male collection of the Savage X Fenty. It is safe to say that Rihanna is an icon. She dominated in the music industry as a singer, songwriter and performer as well as a bit of acting. She also dominated as a make-up giant by starting her own brand caller Fenty beauty competing with other established brands such as Bobbi Brown. She then also branched off to collaborate with Puma for a fashion line and the birth of her lingerie line Savage X Fenty. Queen Riri is always doing the most and we stand in awe as we watch her take up space in the world.