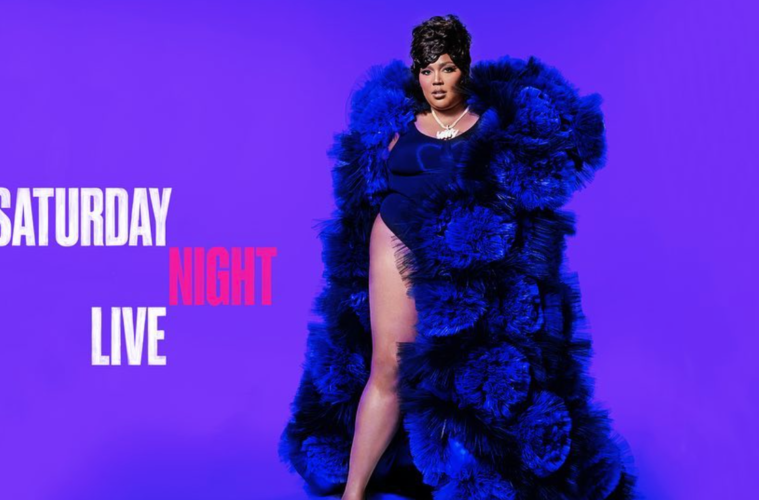 Lizzo Takes On Hosting and Musical Guest Duties on SNL

Lizzo’s magnetic aura on this week’s SNL episode truly captured the hearts of the audience.

It’s no secret that Lizzo is a multi-talented performer. She has cemented her position in the music industry as a Grammy and BET Award winning artist. Moreover, she starred in the 2019 crime/drama film Hustlers alongside the likes of JLo, Constance Wu, Lili Reinhart, and more. With her all-new size-inclusive shapewear line, she’s proven her talents as a businesswoman. She’s even a reality star.

Most recently, however, Lizzo is one of SNL’s select few hosts and musical guests!

Although Lizzo had made an appearance on SNL in 2019, with host Eddie Murphy, this week’s–April 16’s– episode marks her first appearance as both the host and the musical guest.

Usually, when stars appear as both the host and the guest, they have another person introduce them. For instance, when Billie Eilish made her host-guest appearance on the SNL in December 2021, she was introduced to the audience by her parents. Lizzo made history as the first female star to introduce herself to an audience that was undoubtedly entranced with her aura.

The episode gave her several opportunities to showcase her talents in comedy, flute-playing, and certainly music, too. 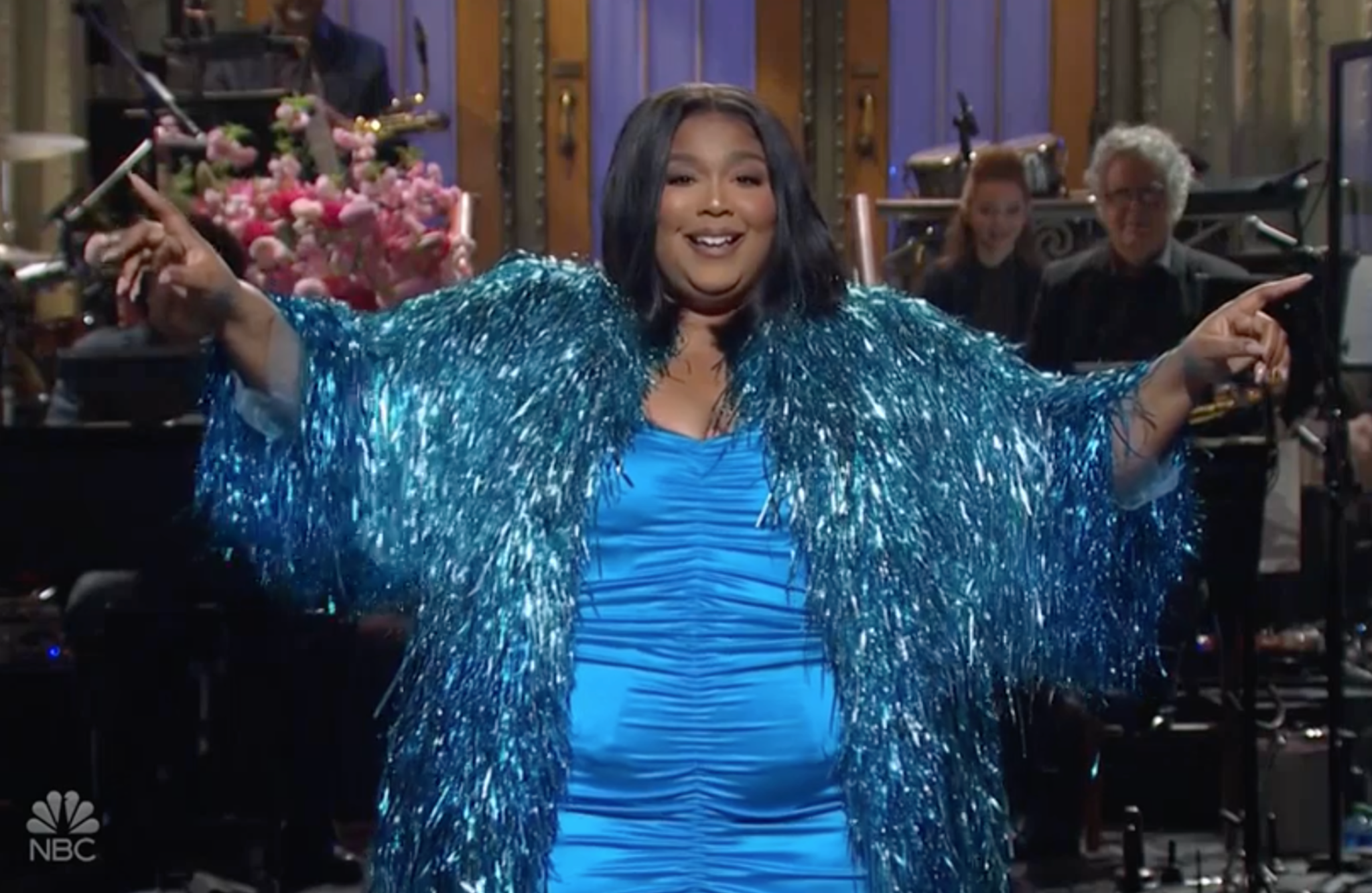 She opened with a light-hearted monologue, detailing her life as an artist, body positivity, and even cussing in front of her mom. “We’re gonna break the record for the amount of times bitch is said on live TV!” she joked.

She then elaborates on the importance of personas– both on and off stage– in the form of a “Ted Talk”. The Lizzo we see isn’t all of her; she’s got a serious side too. Moreover, she references her Ted Talk from last year, a speech that told the audience about the history and origins of twerking– the dance was derived from West African dances like Mapouka.

To conclude, she went into a heartfelt speech about self love:

“Everybody should love themselves,” she said. “You’re beautiful and you can do anything. I’m living proof of that. I used to live in my car and now I’m up here hosting Saturday Night Live!” 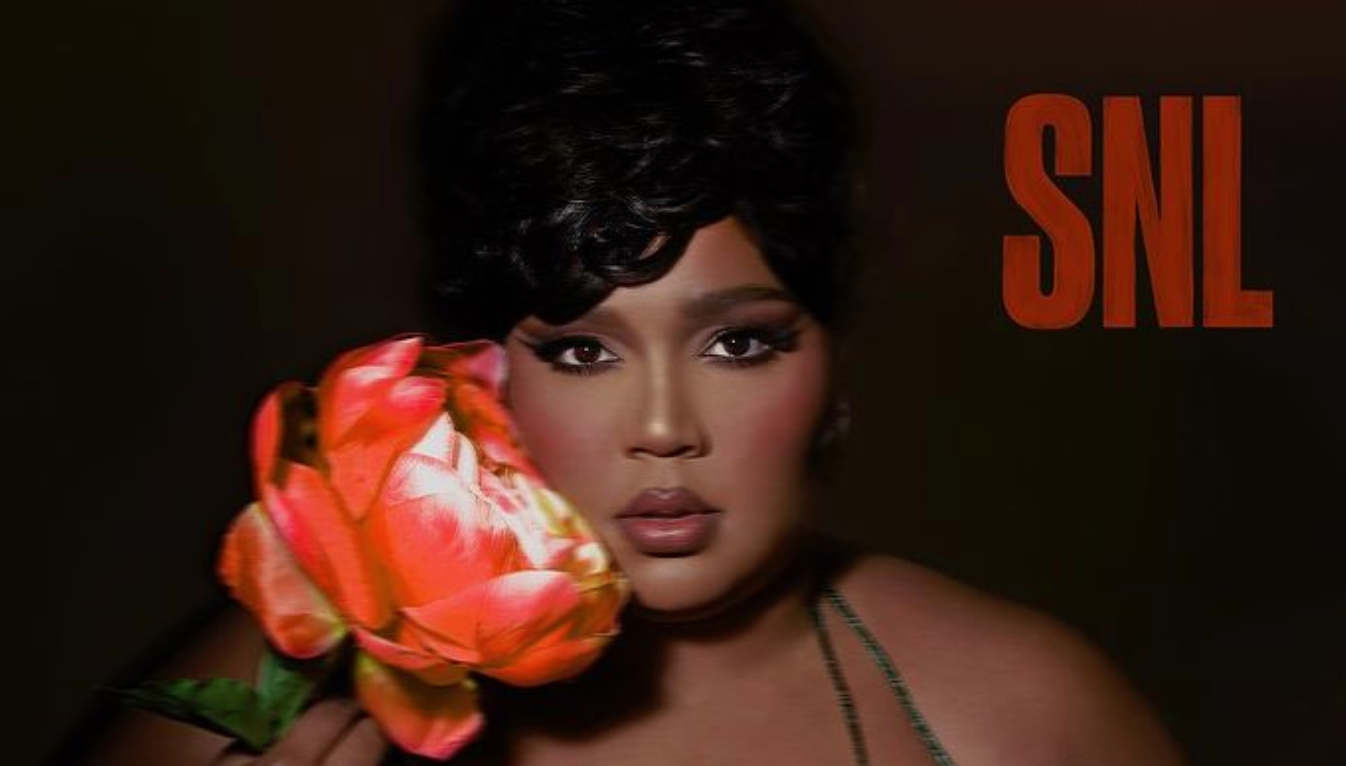 “Ladies and gentlemen, me!” – this is how Lizzo introduced her own performance. She performed “About Damn Time”, a fun, feel good single from her upcoming album Special. The captivating performance even featured a flute solo. Soon after, she followed it up with another song off the Special album, titled Special. 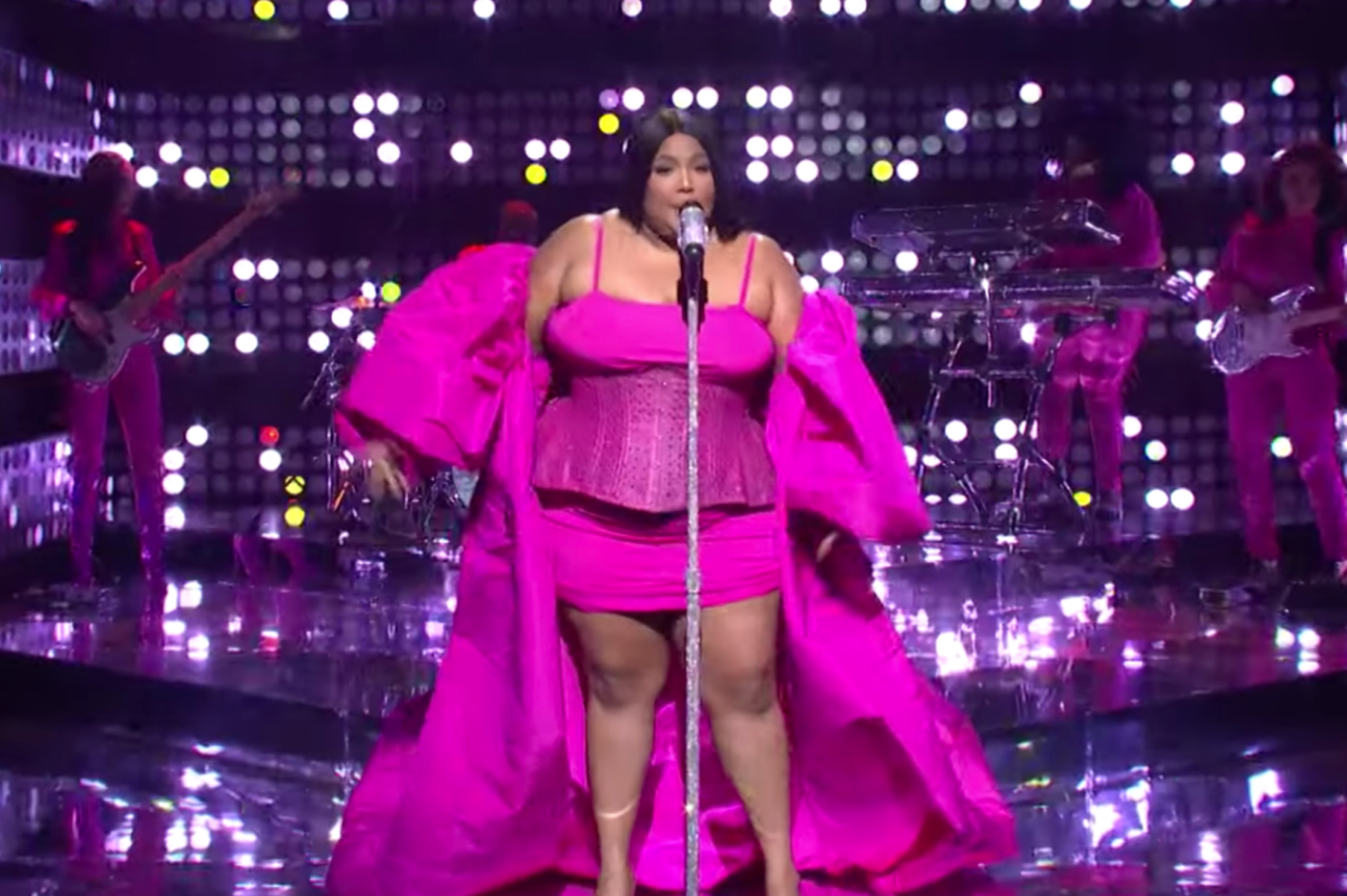 In conclusion, the star’s Big Night was most certainly a hit– she even received two standing ovations in addition to the love from the SNL audience!