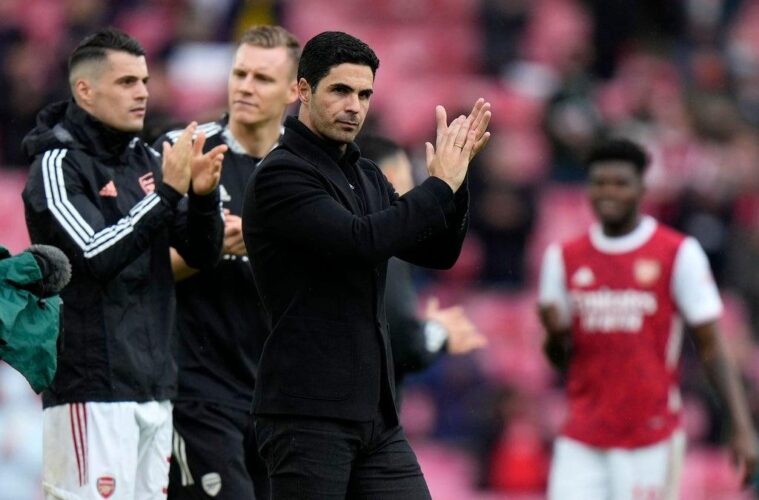 With the opening of the summer transfer window approaching, we’ve already witnessed several clubs bringing in new players to their team on free transfers. Several players are being linked to different clubs, who are making their bids in hopes of signing their preferred player.

Arsenal, who made the headlines this week, intends to settle the future of several players as soon as possible this summer, as the midfielder Granit Xhaka and defender Hector Bellerin keeps gaining more interests and links from clubs.

The Gunners head coach, Mikel Arteta, is reported to be determined to strengthen up his team after ending the season in the eighth position on the Premier League table, and he admitted to the media that the North London club has to be ruthless this summer if they intend to challenge or close the gap on England’s top teams.

Due to the impact of the coronavirus pandemic, the club’s financial status saw a huge drop and they saw there was a need to sell several players to help raise funds for the needs of Arsenal’s manager who intends to transform the team into a top contender in the league, which will make fans glad as they can finally choose to bet on Beat the Drop if they are certain of their strength among the other top teams in the Premier League.

Granit Xhaka, who plays as a midfielder for the Gunners, is currently being watched by the Italian club AS Roma, who are showing a strong interest in the Swiss midfielder.

The Switzerland international has proved himself to be a pivotal player under the management of Arteta, having only two years remaining on his current contract with the club and a potential extension is not in the picture.

The 28-year-old midfielder was reported to be open to a move away from North London after a disappointing campaign with new Roma manager Jose Mourinho being adamant about signing the player to the Italian club.

The only problem is that the Serie A club has only fished out an offer worth £15 million ($21m) for the Swiss midfielder, a bid that was reported to be a long way off from Arsenal’s valuation of the player who has played a huge part in Arteta’s plans ever since he took over the manager reigns from Unai Emery.

Spanish side Real Betis are looking to bring Hector Bellerin back to Spain and talks have been held for the right-back, according to several reports. Bellerin will be free to leave the North London club in the summer after discussing with Arteta, as he is checking out his options for new challenges after spending more than a decade with the London team.

Report surging the media suggests that Bellerin, who was Barcelona academy product, is open to a move to La Liga as talks have been held with Real Betis on Wednesday for a potential move.

Another problem with this potential transfer move was that Betis only want to sign the Spanish defender on the loan while the Gunners wishes to sell the defender, who has two more years remaining on his contract, to add to their funds for the summer transfer window as their links to Norwich playmaker Emiliano Buendia grow stronger.

Reports even claimed that if Betis manages to strike a deal with the Gunners, they wouldn’t be able to fund Bellerin’s current wages. While Matteo Guendouzi has been linked with a move to Marseille who are heavily interested in a move for the midfielder.

Guendouzi, who has just one season left on his contract with the North London club, was sent on loan to Hertha Berlin for the season as he is not included in Arteta’s for either 2020/21 or 2021/22 campaign.

Arsenal is currently in a dilemma in terms of financial funds for the summer transfer window, if they are unable to get the proper funds the coming season could prove to be even more difficult as several players could leave the team this summer.