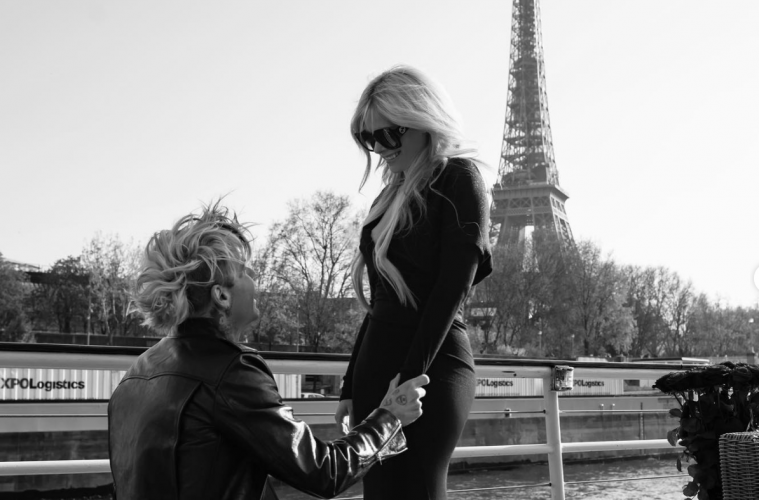 Just after presenting at the Grammys on Sunday, Avril took to social media to announce and share the exciting news that she is once again engaged. Avril posted a black and white photo of Mod Sun, down on one knee in front of the Eiffel Tower in Paris France.

Avril quoted the post with “Oui! Je t’aime pour toujours Dimanche. 27. Mars. 2022.” It seems like the couple has kept the secret for only a few weeks, but from what we can see the pair is truly happy with one another.

The pair have only been dating for a year, Avril, 37 and Mod Sun, 34 worked together on Avril’s newest album “Love Sucks”. It was said that the pair tried to resist each other, and Avril herself “tried to resist, hard” but it turns out that some things are just meant to be. 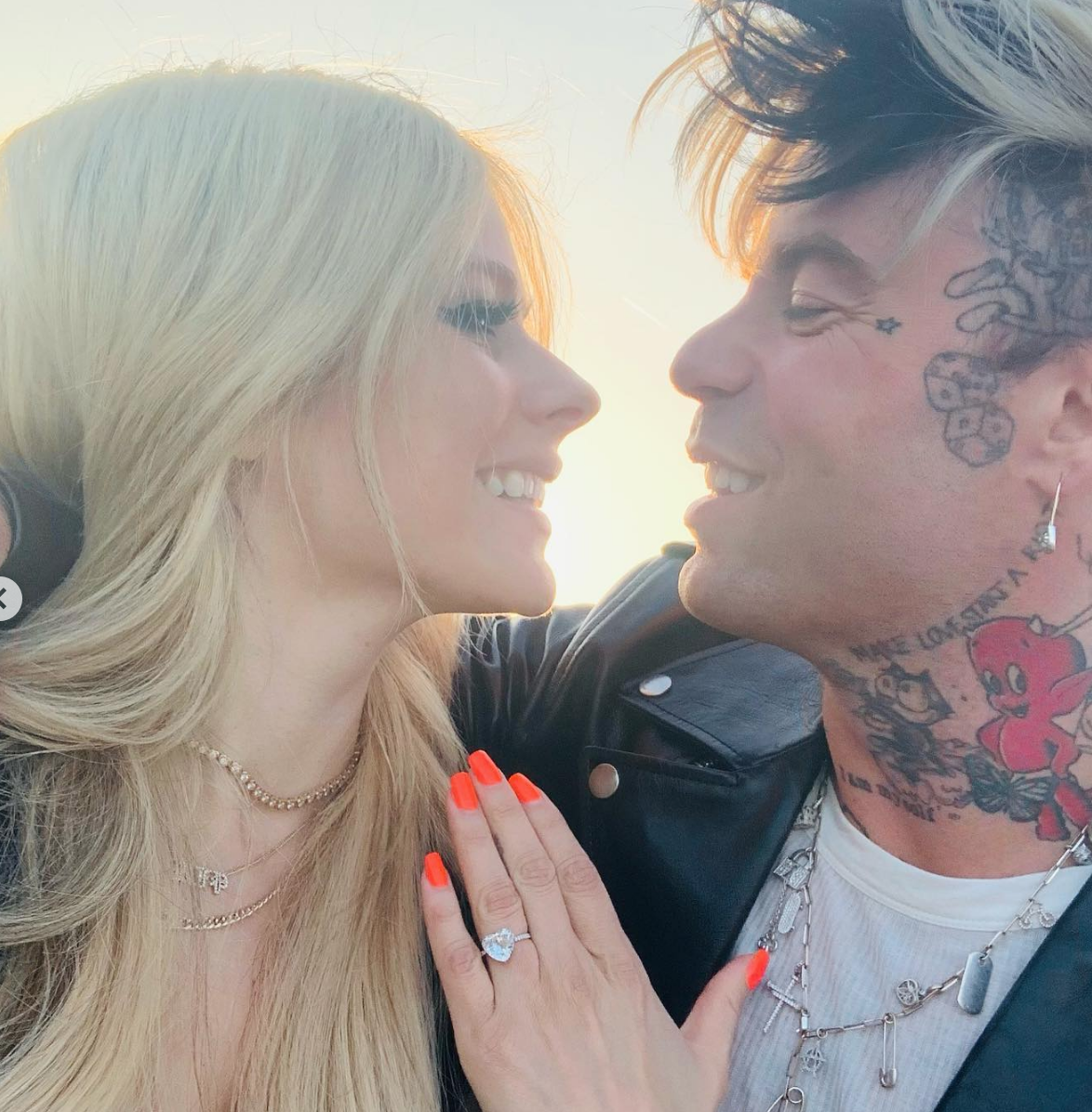 Avril has been married 2 other times, once to Sum41’s Deryck Whibley from 2006-to 2010, and later to Nickleback’s Chad Kroeger from 2013-to 2015. The complicated singer may have been married twice before to singer/songwriters, but this one seems different.

Mod Sun aka Derek Ryan Smith is an American singer, songwriter and musician, he has worked with Travis Barker, G-Easy, and Machine Gun Kelly. Just a few months into dating Avril he tattooed her name on the back of his neck, and since then it looked like he was head over heels for her.

It looks like the pair is truly in a very happy/blissful state and we wish our fellow Canadian rockstar nothing but the best.