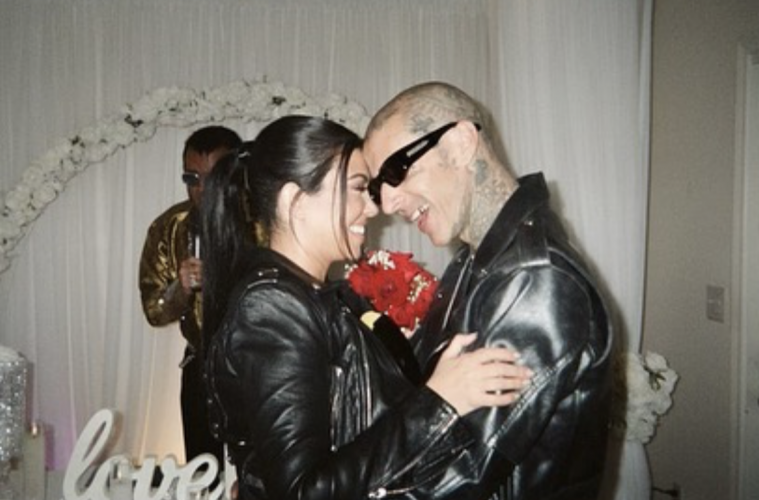 Rumours are buzzing that Kourtney Kardashian married Travis Barker after the Grammys but, is it really official? 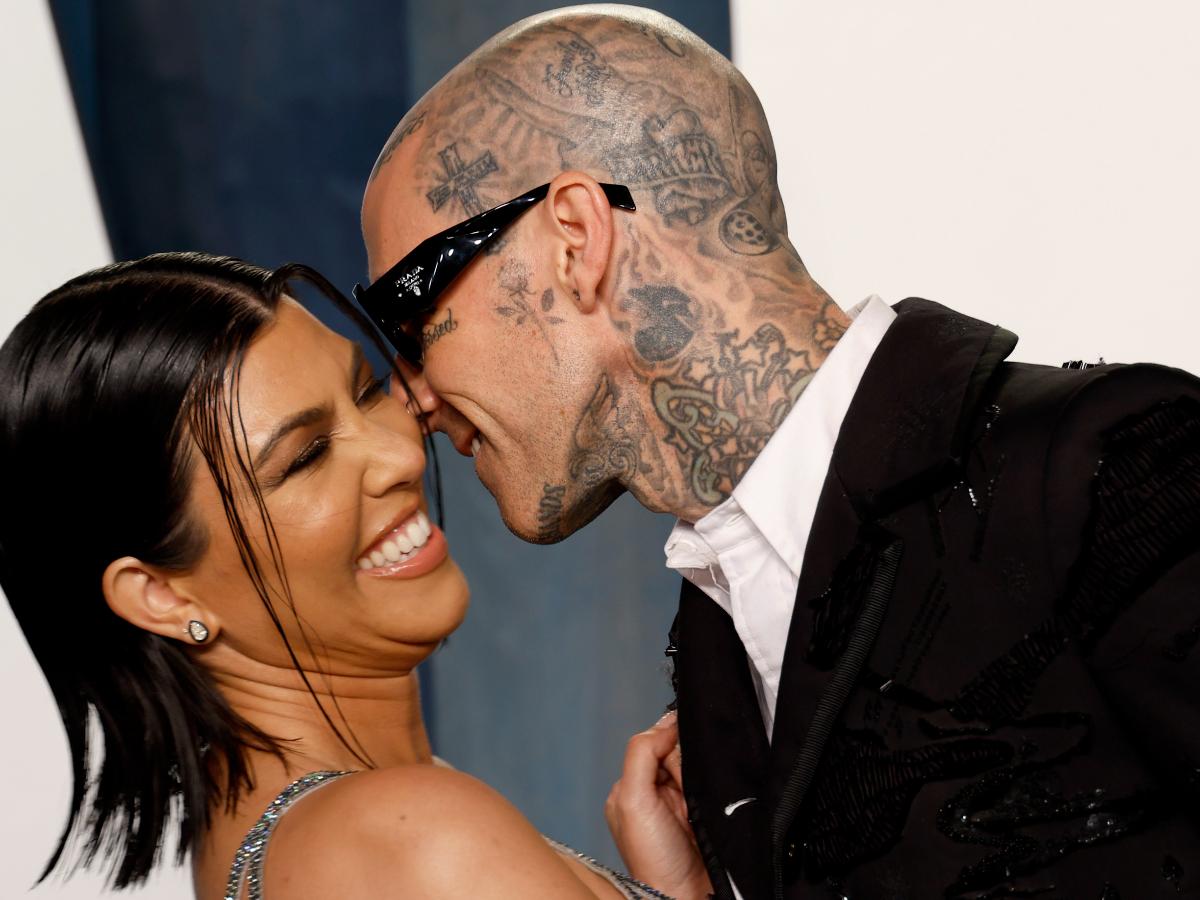 In recent days, the eldest of the Kardashian sisters has been the source of many headlines. 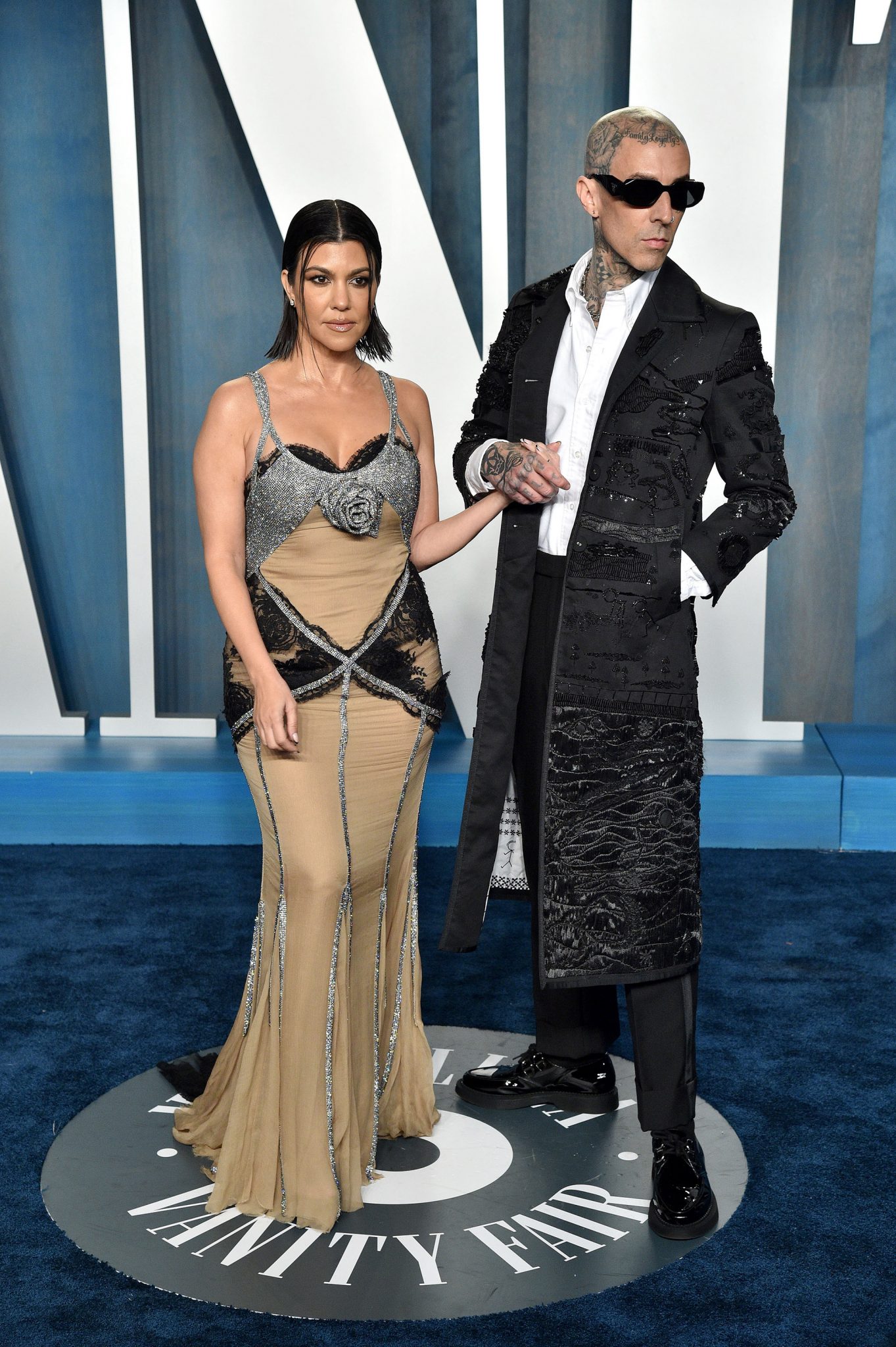 There was this awful D&G dress she wore for the Vanity Fair Oscars After Party. But, we’re not going to talk about that. 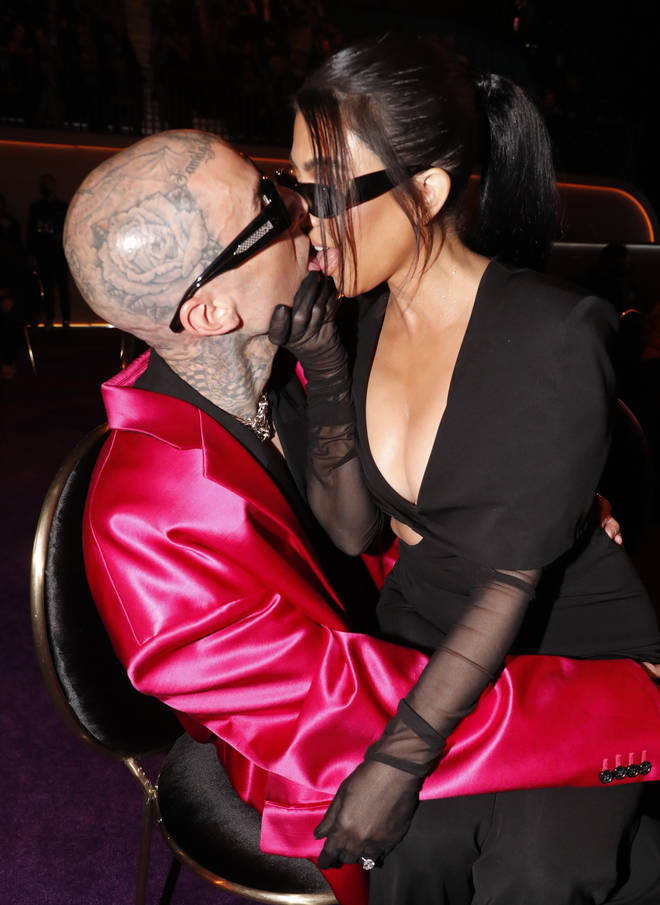 There was speculation that the mom of three could be expecting a fourth. But, we’re not going to analyze a women’s body. 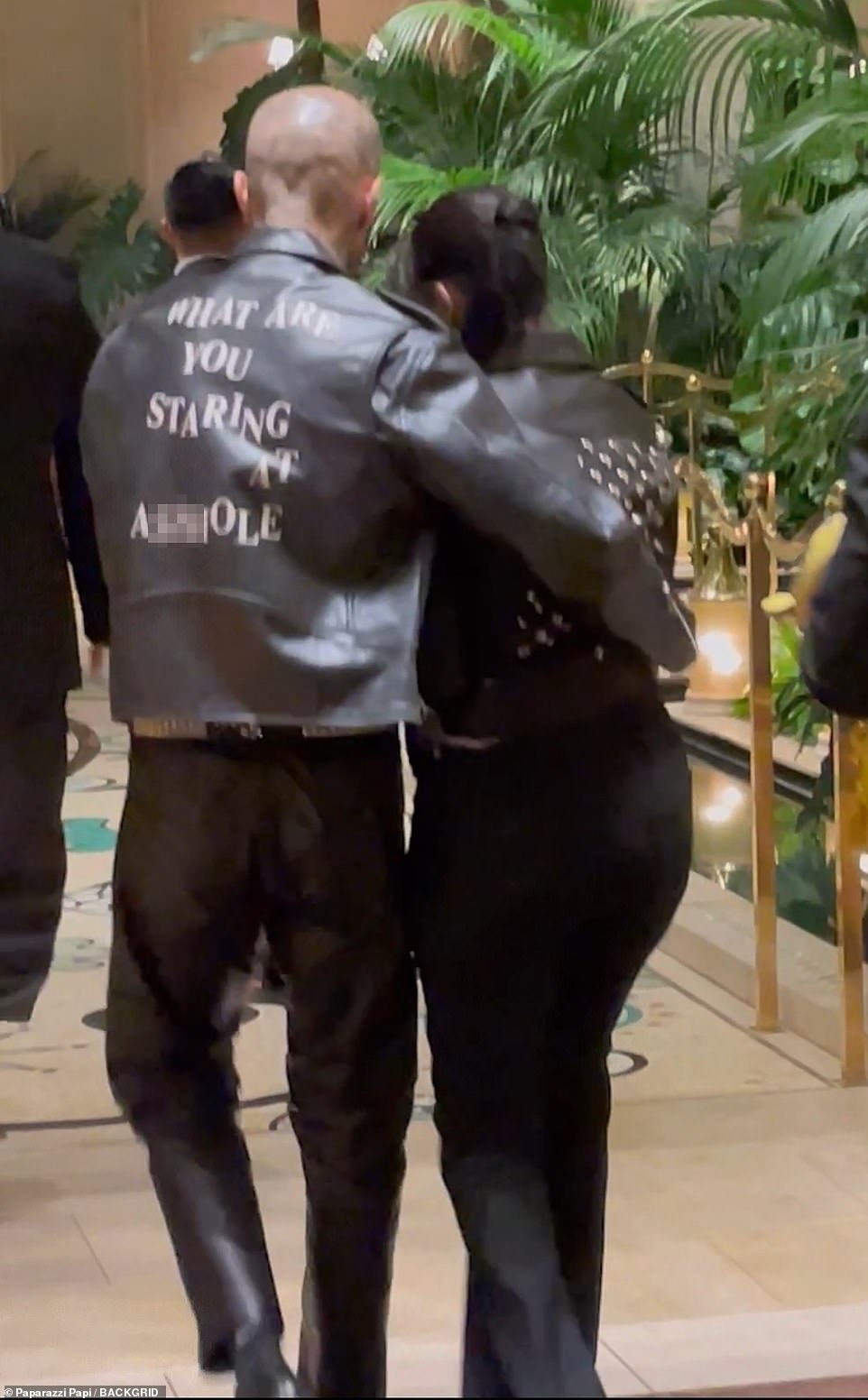 And finally, there was a Vegas shotgun wedding after the Grammys. Now, THIS… THIS we have to talk about. 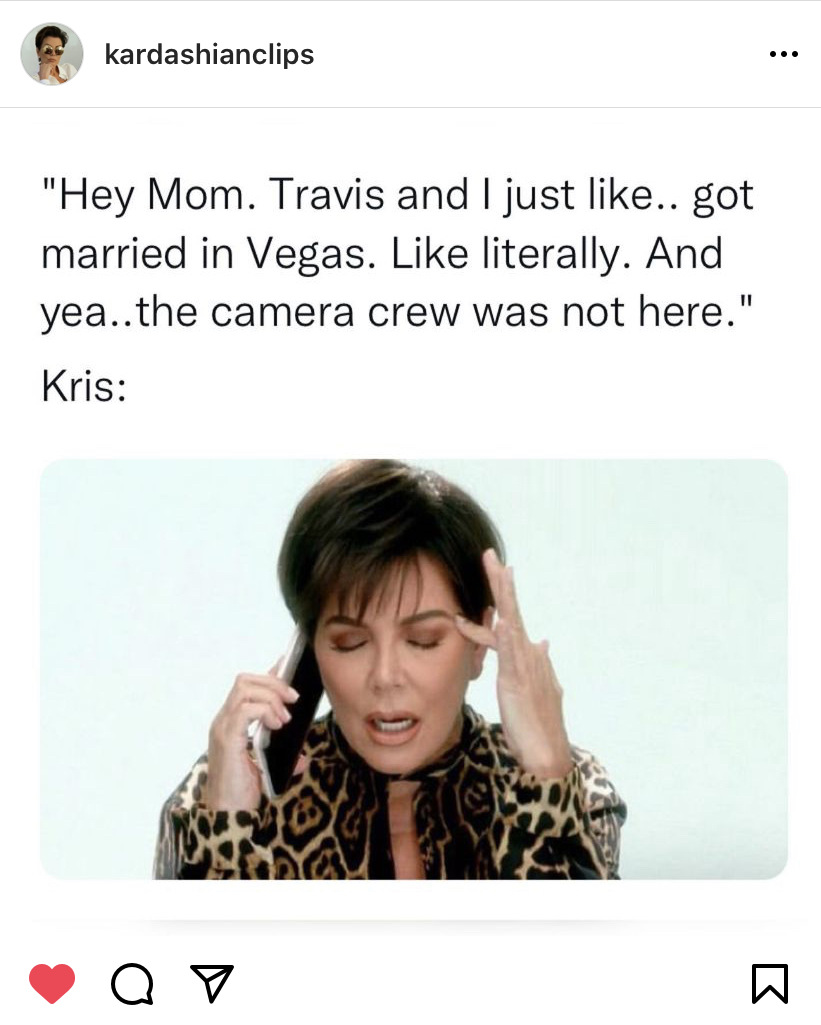 This is a celebrity couple that knows how to make a splash.

From tongue-licking on the biggest red carpet events of the year to a surprise wedding, Kris Jenner surely could not be more proud of the hype these two are creating.

Early Monday morning after the Grammys, the private wedding took place at the One Love Wedding Chapel in Vegas.

“I didn’t know who it was until they pulled up,” the Chapel owner Marty Frierson tells People. “I advertise as 24-hours but they wanted to make sure I was still there. They paid and they requested Elvis Presley, that was mandatory. I called back 5 minutes later and was like, I got an Elvis, and there they were.”

“They came, got married, tossed the bouquet in the driveway, and danced to Elvis,” Frierson continued. “They showed a lot of love and had a lot of fun.”

Kourtney and Travis didn’t allow the venue to take any photos but, they arrived with their own photographer and security.

However, in order for the marriage to be official, the happy couple would have had to obtain a marriage license. A source close to Travis and Kourtney told TMZ that this step was not taken, meaning they aren’t officially married.

They added that the couple plans to have ‘several’ other celebrations to mark their commitment.

Another source close to Kourtney and Travis told The Sun that this ceremony was “just for fun”.

The source added that there were talks about how Kim’s recent public feud with Kanye would affect the celebration.

“There would be fights over who gets to attend, the possibility that Kim and Pete and the Kanye drama would overshadow her on the day, who would make the guest list and if their exes would cause drama.” 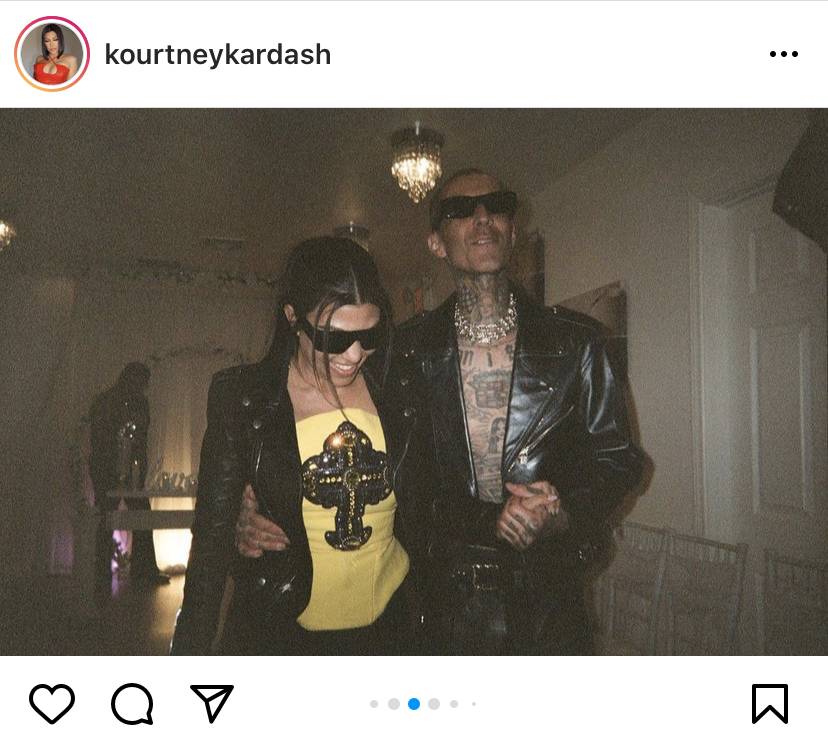 On Wednesday, Kourtney shared a series of photos taken from the special night on her Instagram.

The caption read, “Once upon a time in a land far, far away (Las Vegas) at 2am, after an epic night and a little tequila, a queen and her handsome king ventured out to the only open chapel with an Elvis and got married (with no license). Practice makes perfect.”