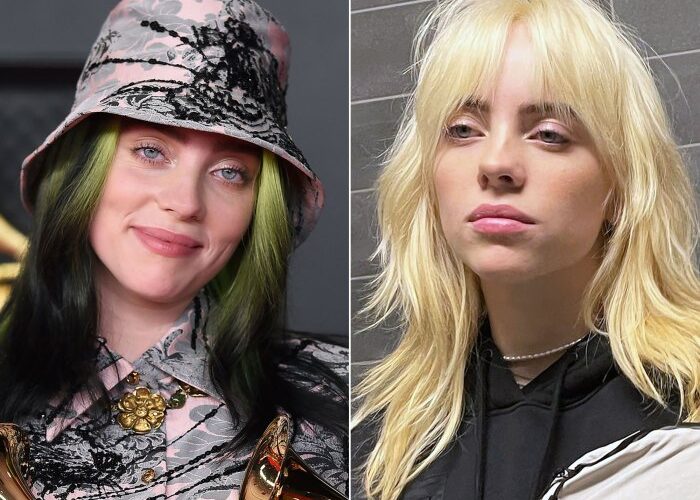 Billie Eilish breaks the internet once again as she reveals her new blonde hair colour after having iconic green highlights since July 2019.

Just after having another record breaking weekend at the Grammy’s winning Record of the Year for her single Everything I Wanted, Billie revealed on Instagram her new look. This blonde look is very different from her previous looks, having silver, blue, and of course green hair. This change could be a hint to a new era of music she is going into. Her past looks have corresponded to her album releases, the blue and silver hair for her 2017 album release of Don’t Smile at Me, and more recently her green/black hair for her debut When We All Fall Asleep, Where Do We Go.

This new look was so shocking to friends and fans of Billie as we have become a custom to the iconic green hair. During the video which Billie captioned, ‘did you guess correctly?’ Her background music sounded very 50’s, and could be a clue to where she is going with the making of her new music.

Although many clues can link to literally anything, the important part about Billie’s post is that with her new hair colour she broke the internet. Billies post reached 1 million likes in under 6 minutes, the fasted post to ever read a million on Instagram. Not only did she break the internet with the fastest post, she now has one of the top ten photos on Instagram.

Of course with Billie’s rise to fame it is obvious that all eyes are on her, anything Billie does will always be on watch, and we can guarantee this won’t be the last time she breaks the internet.