Billie Eilish and her boyfriend Jesse Rutherford are the newest competitors to the big, remarkable tradition of synchronized celebrity couple dressing. 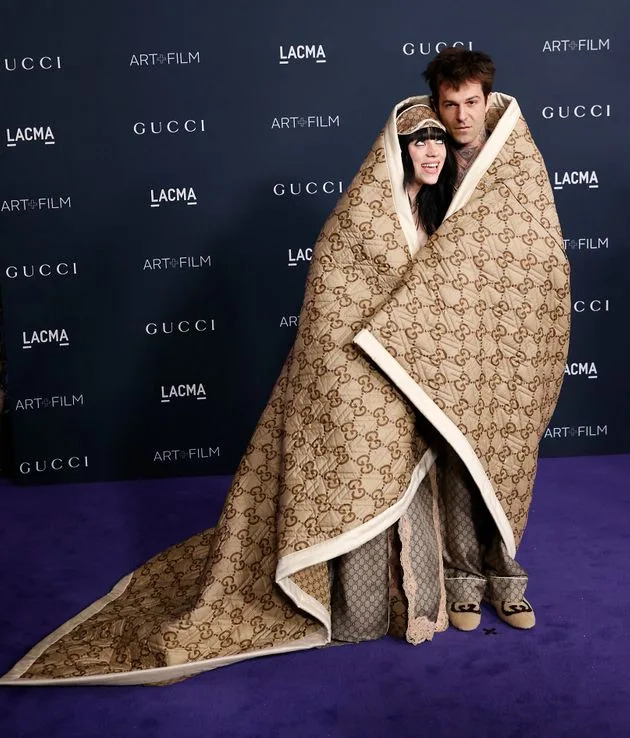 The Grammy-winning “Happier Than Ever” singer, 20, and the vocalist of Neighbourhood, 31, made their red carpet debut as a couple on Saturday night. Eilish and Rutherford opted for a rather daring fashion statement than the other attendees at the 11th annual event sponsored by the Los Angeles art museum.

The pair arrived at the charity event covered from head to toe in Gucci pyjamas and swaddled in a huge blanket embroidered with the brand’s logo. Rutherford completed his outfit with slippers while Eilish completed hers with a matching eye mask covering her blunt black bangs.

The two posed for pictures nearly wrapped in a high-fashion cocoon before removing the covering to show off their entire outfits.

Years-long pals Eilish and Rutherford initially sparked romance rumours last month after they were spotted out together several times. After photographers caught them kissing outside of a restaurant in Los Angeles, romantic rumours about them were proven to be true.

Their relationship, as well as the 11-year age difference between them, has caused considerable controversy among the singer’s fan base since they came out as a pair.

The two made fun of their critics over the Halloween holiday by appearing as a baby and an elderly man, letting everyone know that they are well aware of the online debate surrounding their ages.

Although Eilish has previously been linked to rapper Q and actor Matthew Tyler Vorce, she has mostly kept her love life private, preferring to attend red carpet events with her brother and musical partner, Finneas.