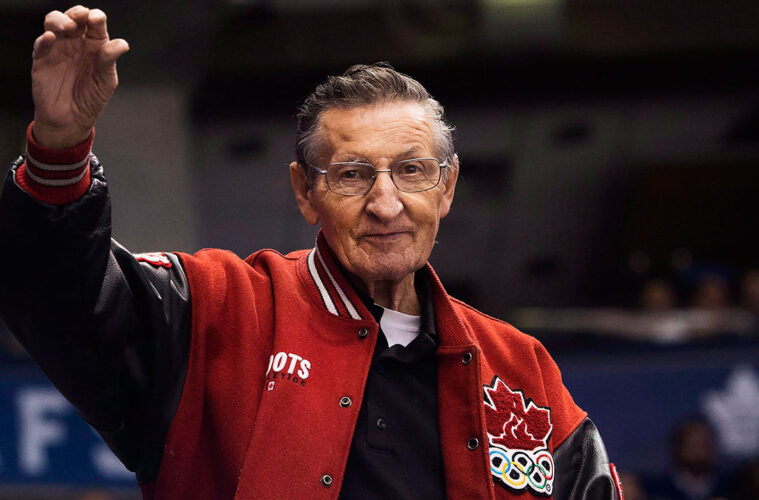 Walter Gretzky was known by Canada and the rest of the world’s hockey fans as ‘the Hockey Dad’, father to the greatest hockey player of all time number 99 Wayne Gretzky. With heavy hearts Wayne and his wife Janet announced via social media that Walter had passed away at the age of 82.

It has been said that Walter had faced a lot of health issues including parkinsons for many years, but that never stopped him. Walter was known as Canada’s hockey dad because he embraced the success of his son Wayne and chose to fuel his hometown even after all of his son’s successes.

With all the success of Wayne throughout his career in the NHL Walter himself was known as a celebrity as well, people would ask for autographs, and it was always his great pleasure to show up to games, and charity events knowing he would be surrounded by people who loved the game of hockey as much as him.

Walter loved Canada, at his funeral today, Wayne stated during his eulogy, “I don’t think I’ve met a prouder Canadian than my dad.” This showed the true colours of a Canadian, as his memorial service had taken place in Brantford Ontario, and hundred of hockey fans had lined the streets wearing jerseys and banging their sticks on the concrete as a salute to Walter, and a thank you for making Canadian hockey what it is today.