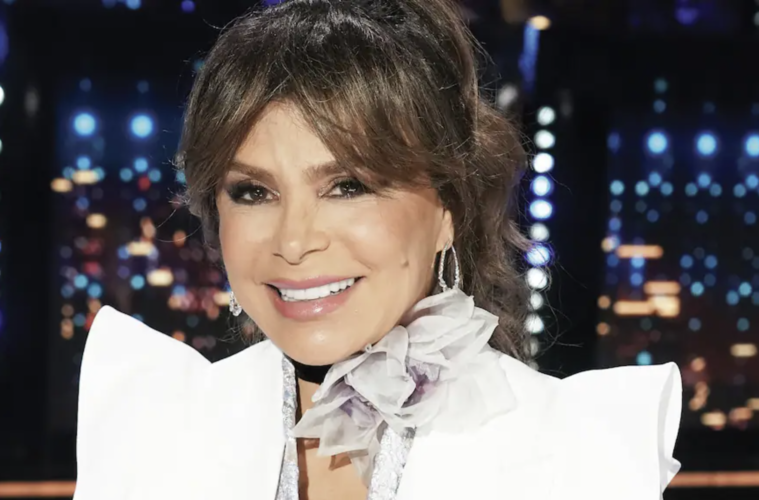 Paula Abdul is the talk of the internet right now, as the American Idol judge is being accused of stealing eyeglass designs from reality TV star, Tommie Lee. 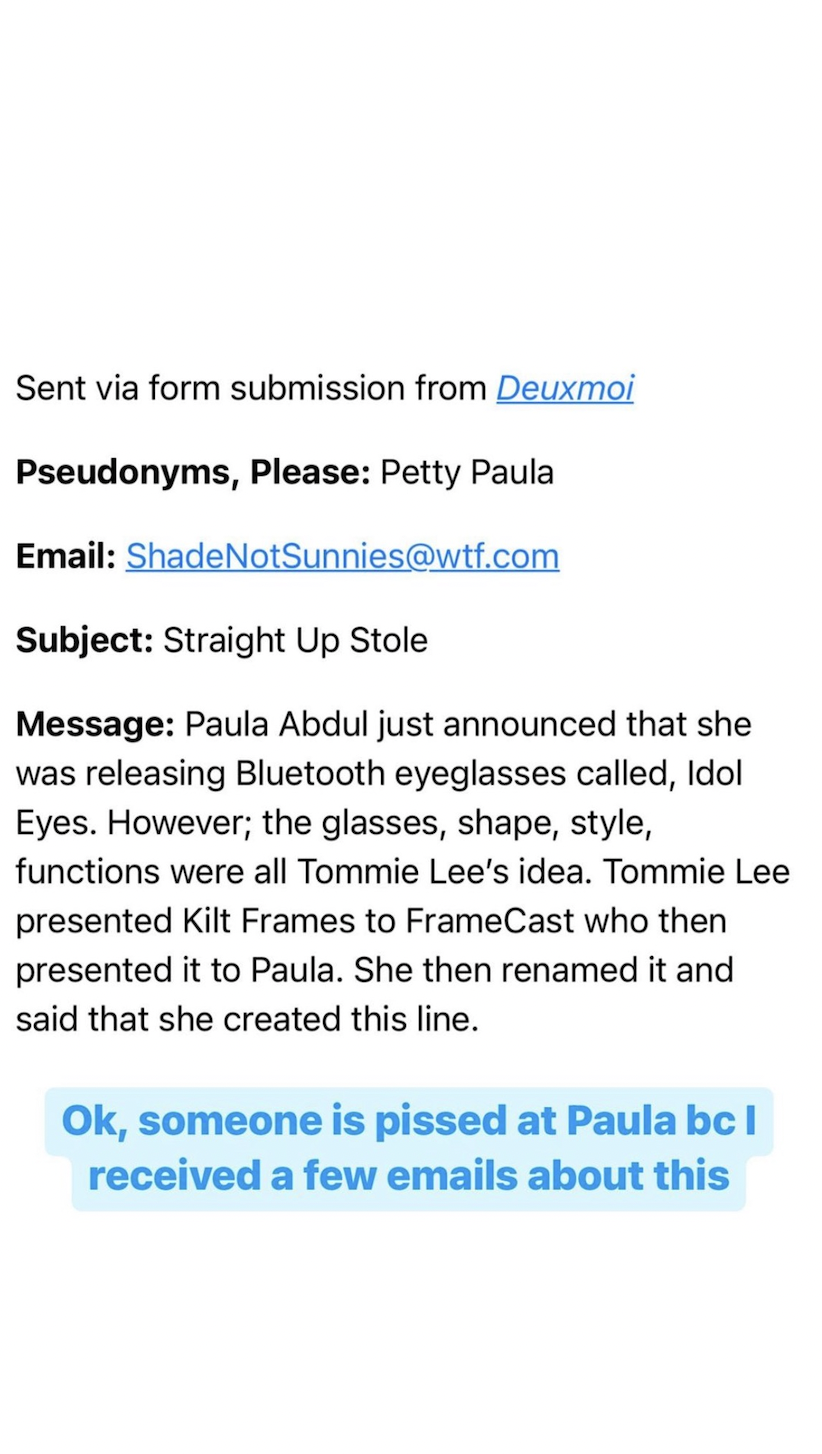 According to the alleged post, Abdul recently announced that she is “releasing Bluetooth eyeglasses called, Idol Eyes.” However, the post claims that the glasses, shape, style and functions were all Tommie Lee’s (Love & Hip Hop: Atlanta) ideas.

Apparently, the post states that Lee “presented Kilt Frames to Framecast who then presented it to Abdul”- who renamed it and reportedly created the line. 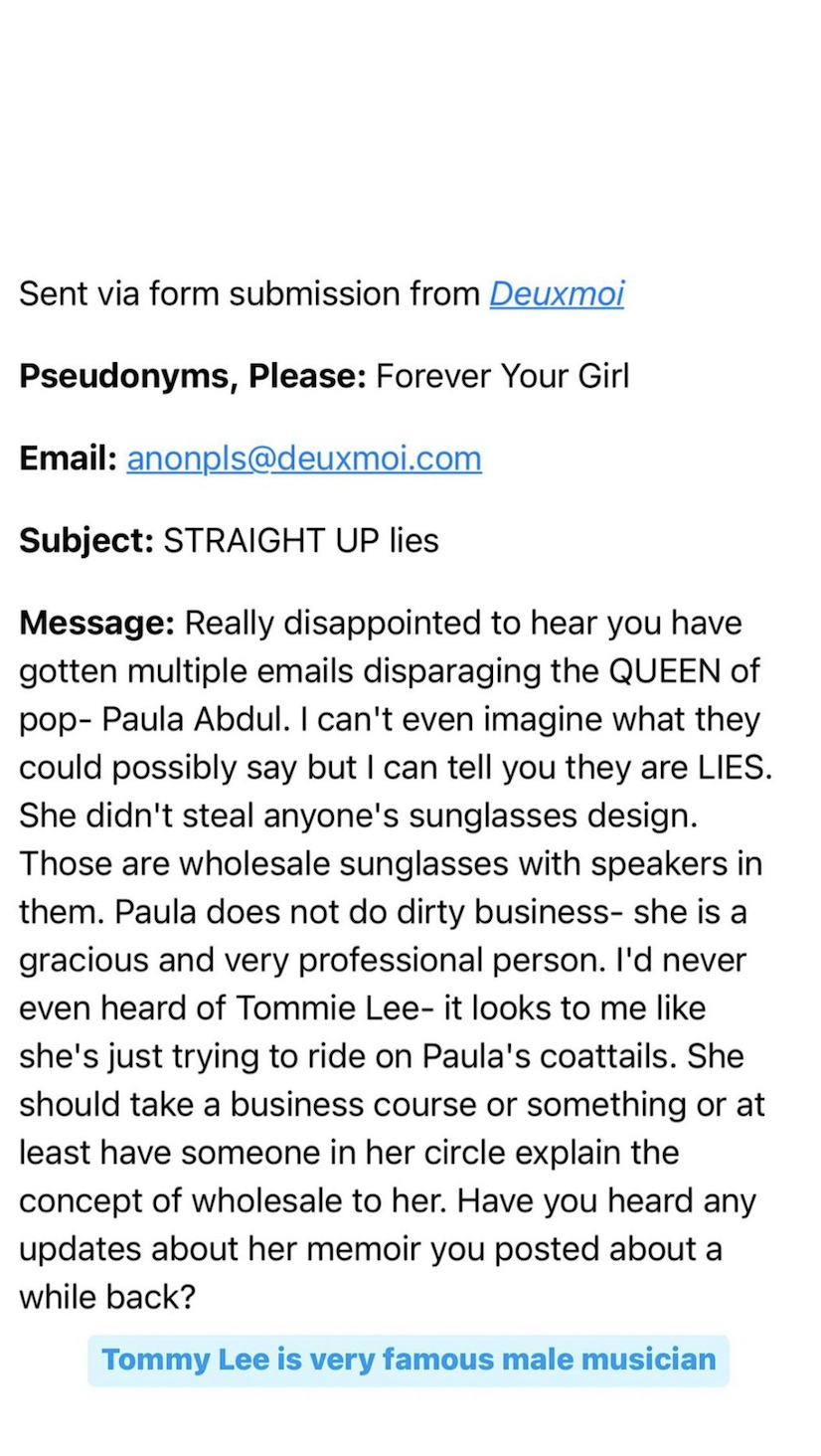 Reports also came in defending Abdul, as you can see from the above-alleged post, also posted on Deux Moi. The internet seems to be very divided on this issue regarding whether or not the design ideas were stolen. 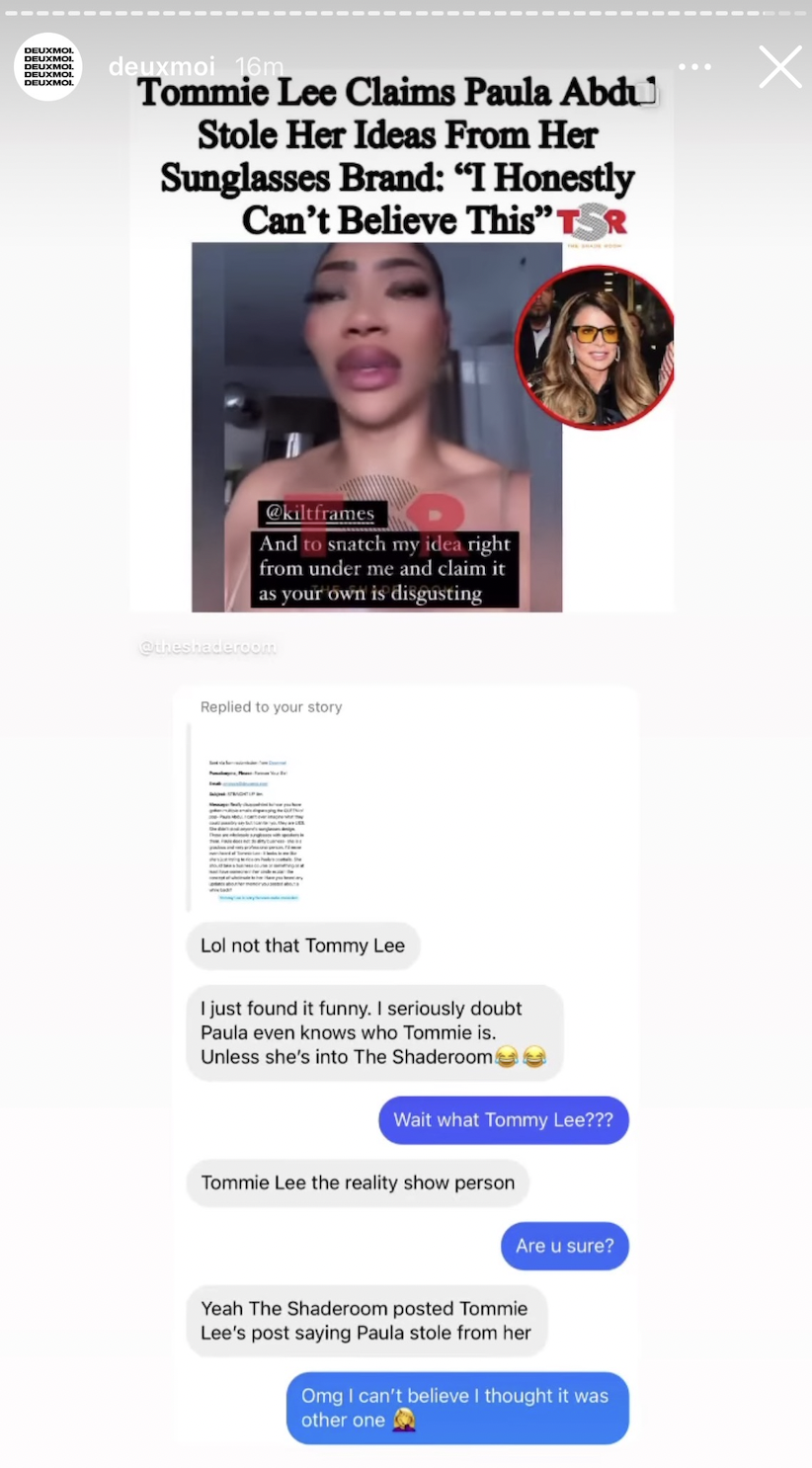 Deux Moi then shared a video on the platform’s Instagram stories of Tommie Lee (seemingly re-posted from The Shade Room Instagram here) in which the reality star can be seen allegedly addressing the incident. Within the video, Tommie Lee is talking to the camera and saying things like “It’s just really f*cked up” and “I worked so hard on this.”

So, did Paula Abdul really steal Tommie Lee’s designs? Stay tuned for more updates as this story continues to unfold.