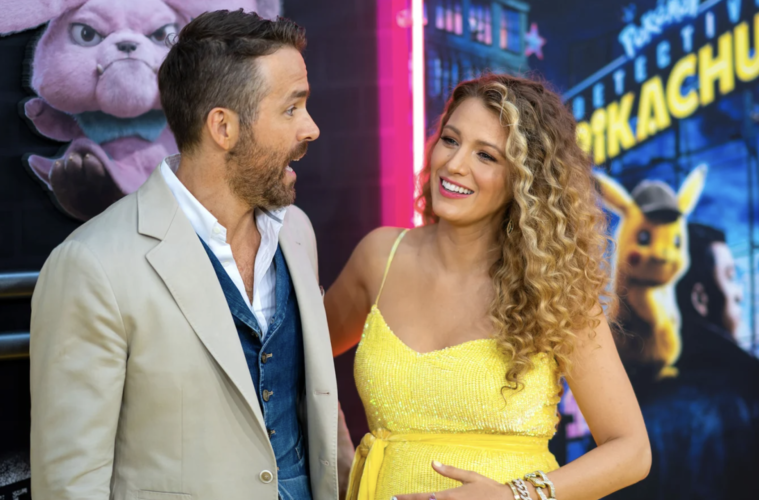 Did Ryan Reynolds just spill the beans that his wife Blake Lively already gave birth to their 4th child? HOLR is breaking down the alleged baby news! 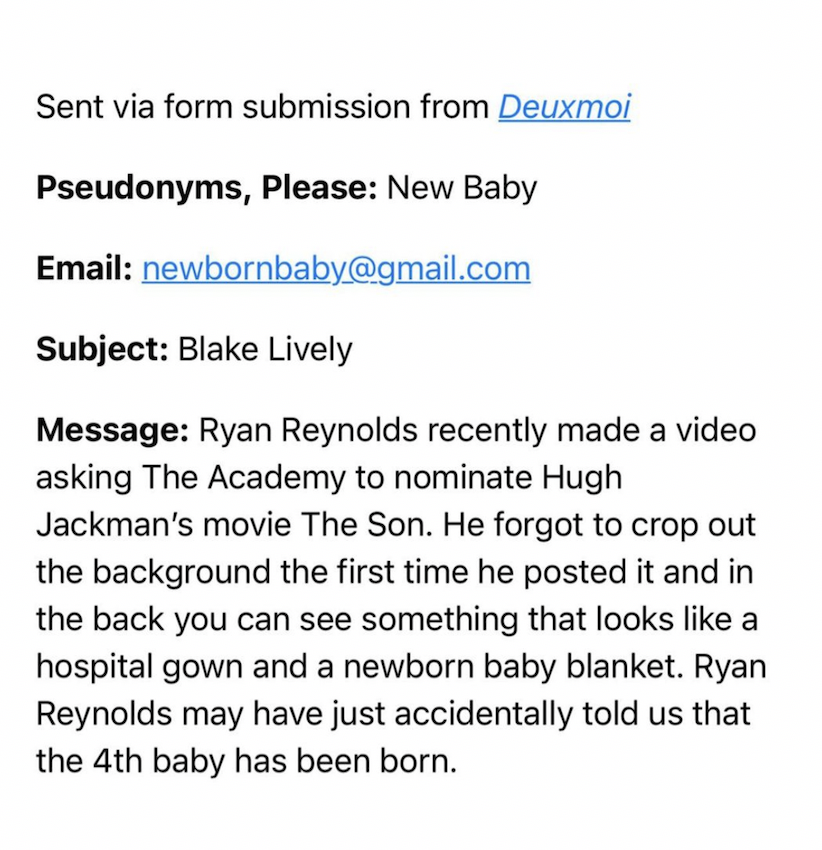 According to this post, Reynolds accidentally made a video asking The Academy to nominate Hugh Jackman’s movie The Son- however, the star made an error the first time in forgetting to crop the background before unloading. As a result, in the back of Reynolds’ video, fans spotted specific items that suggest the star was in the hospital with his pregnant wife, Lively when the video was being filmed. For instance, there were allegedly items such as a hospital gown and newborn baby blanket in the background. This led fans to believe that Reynolds accidentally let it slip that baby #4 for the couple had just been born.

If this alleged tip sent into Deux Moi is the real deal, then congrats to Ryan and Blake! However, this news has been unconfirmed as of yet so we’ll have to wait and see if it’s actually true.