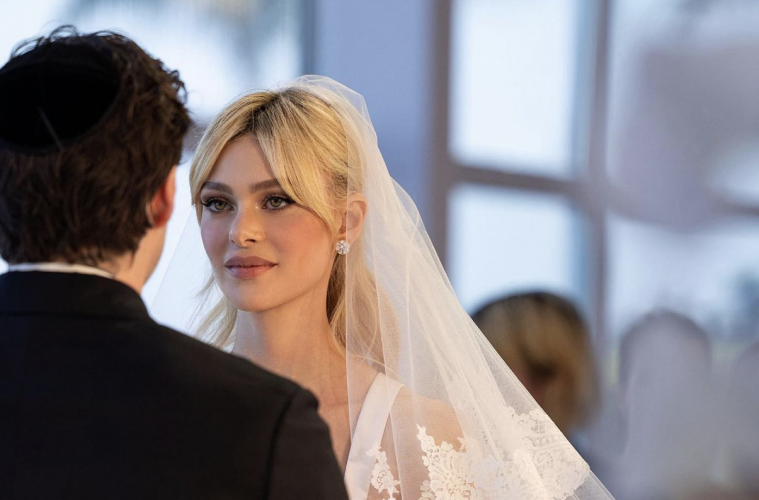 Everything We Know About Brooklyn and Nicola’s Miami Wedding

Brooklyn Beckham and Nicola Peltz tied the knot this last weekend and these two little lovebirds pulled out all the stops.

This young “IT” couple pulled out all the stops for this extravagant and lavish dream wedding, get ready for all of the fabulous details. 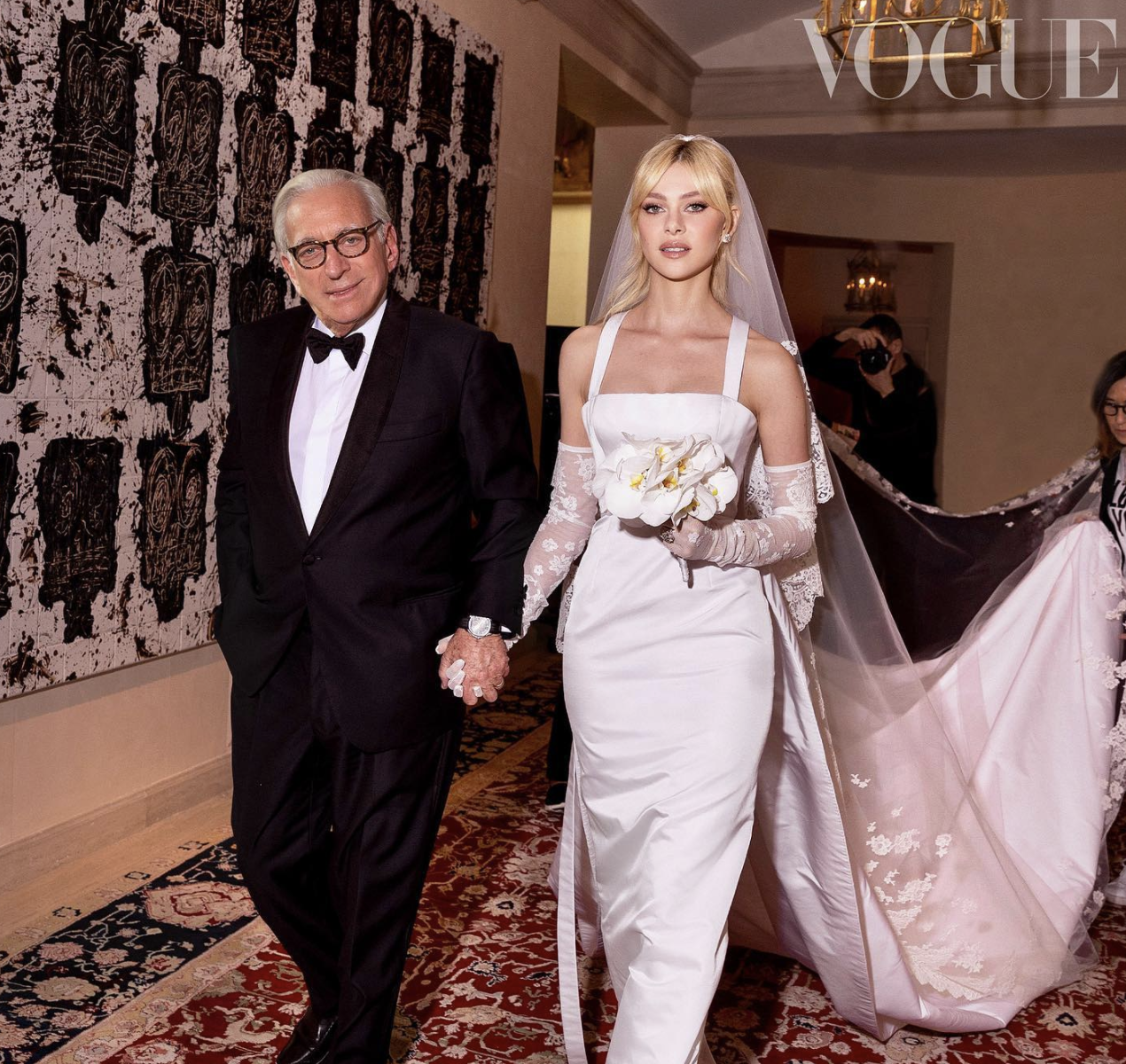 Where Did It Take Place?

Taking place on April 9th, at Nicola’s billionaire father Nelson’s $103 million dollar estate in Palm Beach, Florida in an early-evening Jewish ceremony, which was estimated to cost $4 million dollars. The bride was walked down the aisle by her father Nelson to a string orchestra playing ‘Songbird’. The couple opted for a Jewish ceremony, reciting their vows under a chuppah in front of a rabbi who married them in front of roughly 300 guests.

This was a star-studded affair featuring an amazing guest list of some of the biggest names in entertainment. Among the A-listers obviously, the groom’s famous parents — David and Victoria Beckham. Additionally, there were many famous friends of the family in attendance including Venus and Serena Williams, Eva Longoria, Gordon Ramsay, Natalia Bryant, Mel C, Gigi Hadid, Nicole Richie, Tom Brady, Gisele Bündchen, Elizabeth Hurley, and so many others. 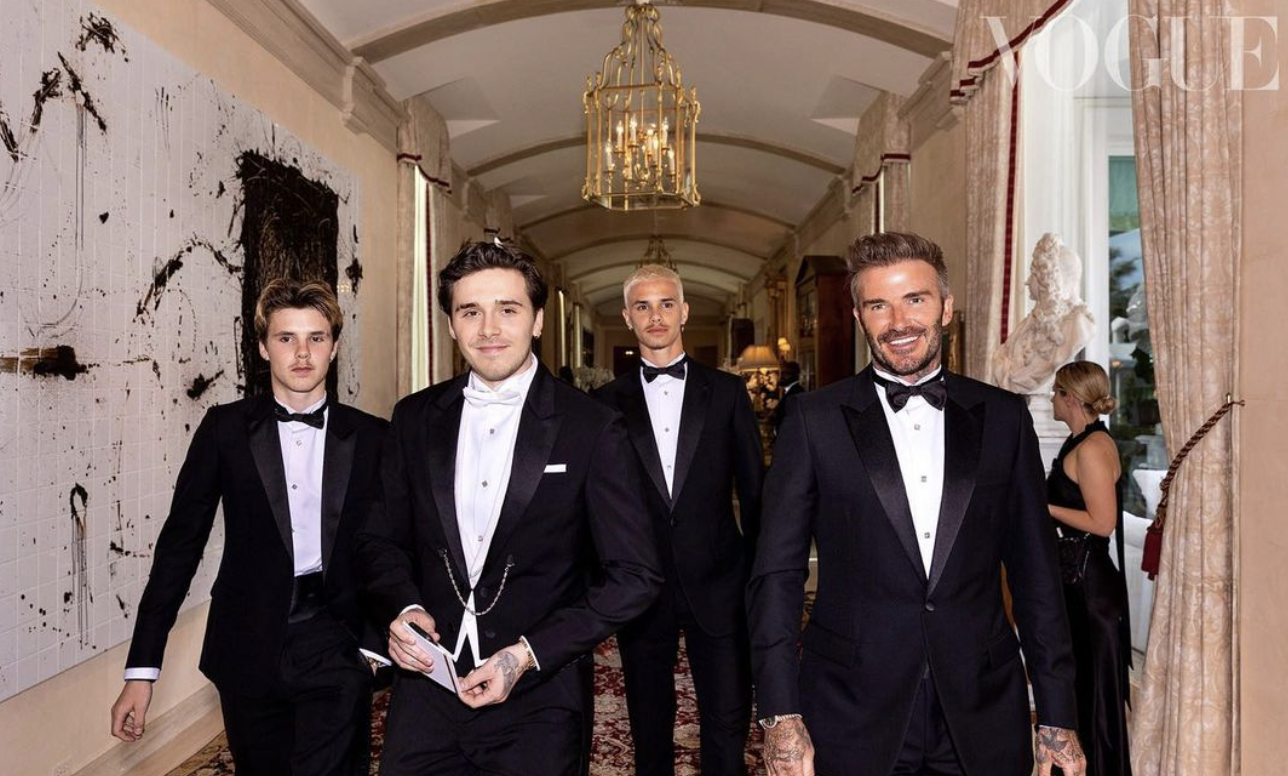 Who Was In Nicola’s Wedding Party?

Nicola Peltz’s Nicola’s grandmother, Bunny, reportedly served as her granddaughter’s maid of honour during the ceremony. Brother Brad Peltz, an ice-hockey player, was believed to have acted as Chief Bridesmaid.

Who Was In Brooklyn’s Wedding Party?

Brooklyn Beckham’s teenage brothers, 19-year-old Romeo and 17-year-old Cruz, were chosen to be Best Men and 10-year-old sister Harper was a flower girl.

It appears as though both Brooklyn and Nicola took each other’s names. Following the wedding, both of their Instagram handles changed to @brooklynpeltzbeckham and @nicolaannepeltzbeckham. 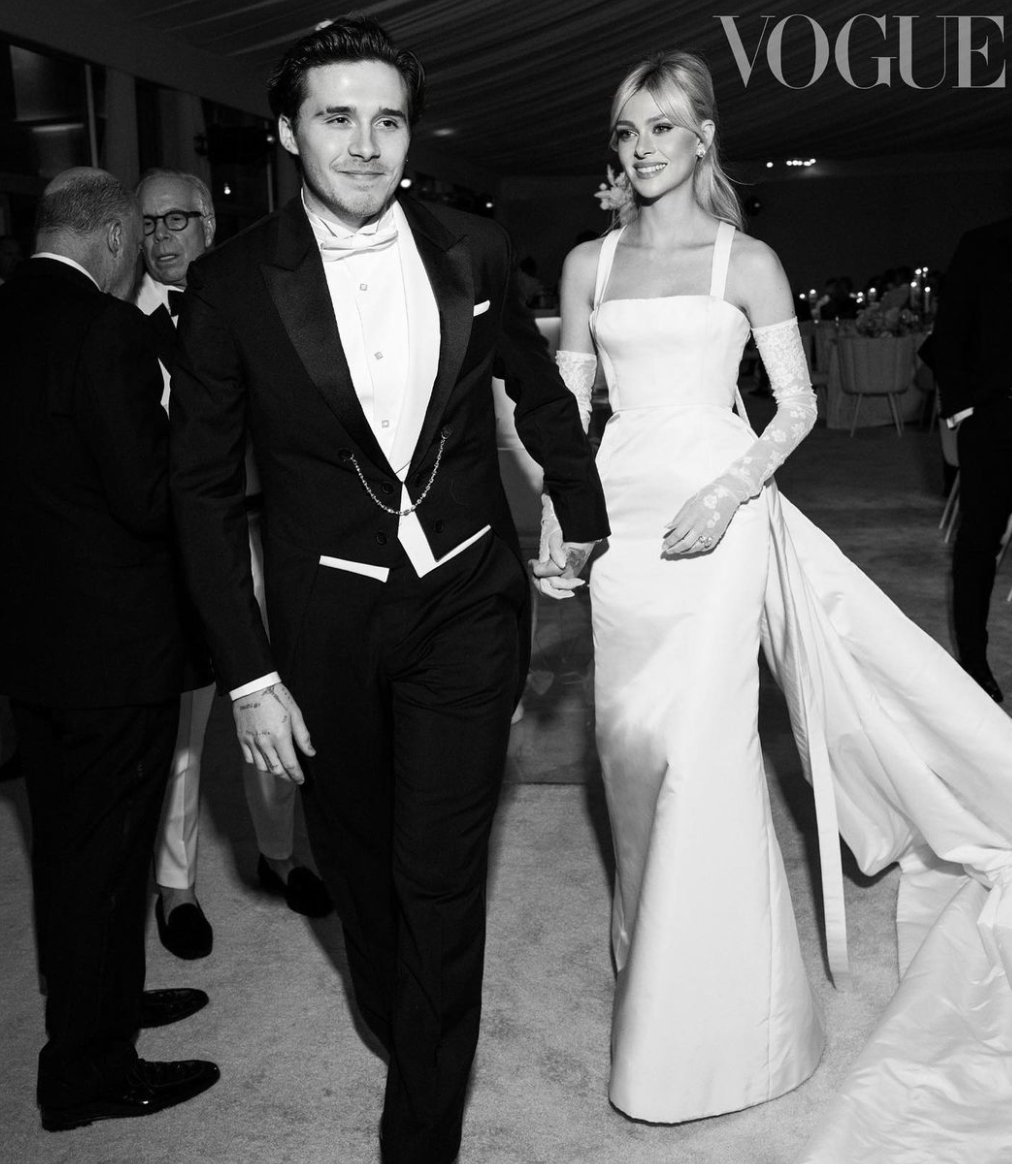 As father of the groom, David Beckham’s speech reportedly involved him crying and having to ‘stop to take a breather’. It’s believed he shed a tear while speaking about ‘wanting to protect’ his first son.

Sources said David got a lump in his throat and had to stop and take a breather to regain his composure.  He was believed to have addressed Peltz when saying: “We love you so much. We are excited that you’ll be part of the family”.

When Did Brooklyn Propose To Nicola?

Beckham popped the question to Peltz in July 2020 with a 4.5-5 carat emerald-cut diamond ring, believed to have cost approximately 250,000 euros.

Sharing the news on his Instagram account, with a photograph of himself kissing his soon-to-be bride, the wrote: ‘Two weeks ago I asked my soulmate to marry me and she said yes xx I am the luckiest man in the world. I promise to be the best husband and the best daddy one day. I love you baby xx”.

Brooklyn and Nicola’s fairytale wedding will give you all the inspiration you need for your dream wedding!