Happy Pride Month! If you’re looking for some entertainment, optimism, and uplifting content, the virtual world is full of life. We are excited to share with you that in celebration of pride month, Friendly Stranger has joined forces with the amazing Brock McGillis (former professional hockey player) and Brooke Lynn Hytes (Ru Paul’s Season 11 finalist) to host a virtual drag show to raise funds for Toronto’s Church St Village community, home of their flagship cannabis retail location. 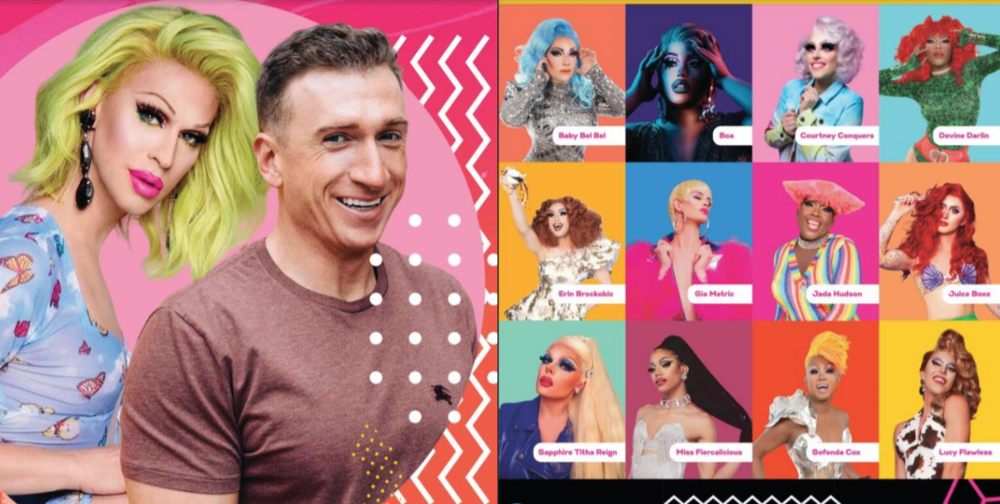 Friendly Stranger has been a warrior of cannabis since 1994 and is devoted to activism, community, and culture. They create a safe space that inspires unity, advocacy, and acceptance. They encompass and advocate the environmental and economic benefits of all forms of cannabis while embracing a welcoming and open spirit. Our efforts to combat COVID-19 remain strong, but it has deeply affected the LGBTQ2S+ community in Toronto and Pride was cancelled this year. As a result, Friendly Stranger has come to the rescue with efforts to assist local businesses, artists, and wage tip earners, those whose livelihoods have been threatened by the pandemic and unemployment. Friendly Stranger has pointed out “It takes a village to save a village.”

The show will feature performances from 12 of Toronto’s top drag queens as well as hosts, Brock and Brooke. Net proceeds will be donated to Glad Day Lit’s Emergency Survival Fund which directly supports those in the Church Street Village community who have been negatively impacted by COVID-19. Viewers are recommended to pay $10 to watch the event via this unique Go Fund Me. Obtain the link for the national virtual show via www.friendlystranger.com. While based in Toronto, the event is able to be streamed worldwide through the link. 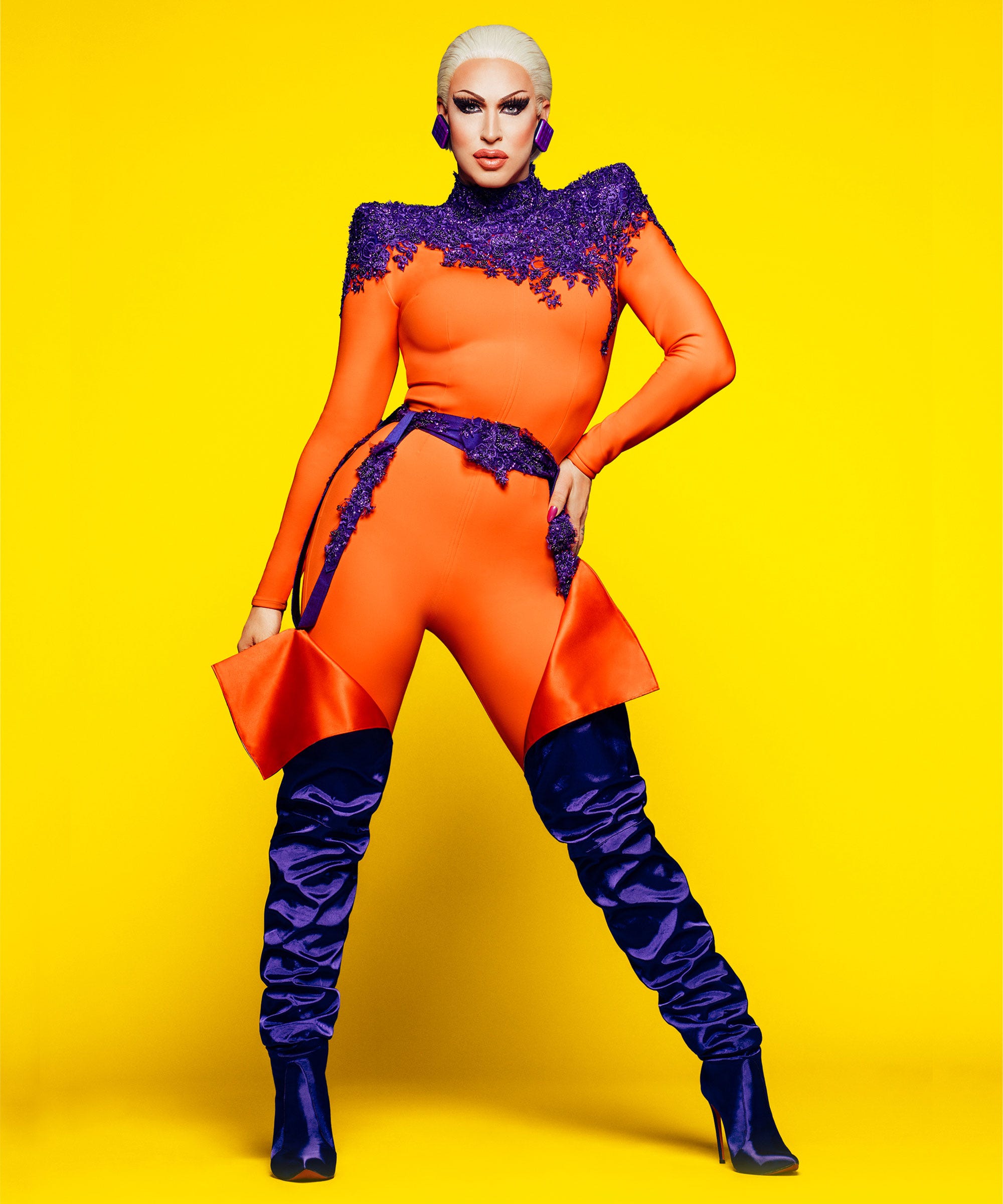 Brock McGillis is a former professional hockey player who has played internationally and is one of the first professional hockey players to be open about his sexuality. He has become a major influence in the world of the LGBTQ+ community and he attends a variety of conferences, schools, and events to create a positive inclusivity atmosphere. His story has been featured on various platforms across North America, television, and in the book “Everyday Hockey Heroes.” His mission is to create a more embracing and equal community regardless of sexuality, gender, or race by putting emphasis on the language that’s used and he promotes tools and strategies to help build a supportive system for LGBTQ+youth, one of acceptance, compassion, respect, and love.

Now is the time when the notion of communities and togetherness has never been more valuable. There is so much room for inspiration, education, and growth, and like Friendly Stranger, “to befriend the world one stranger at a time.” 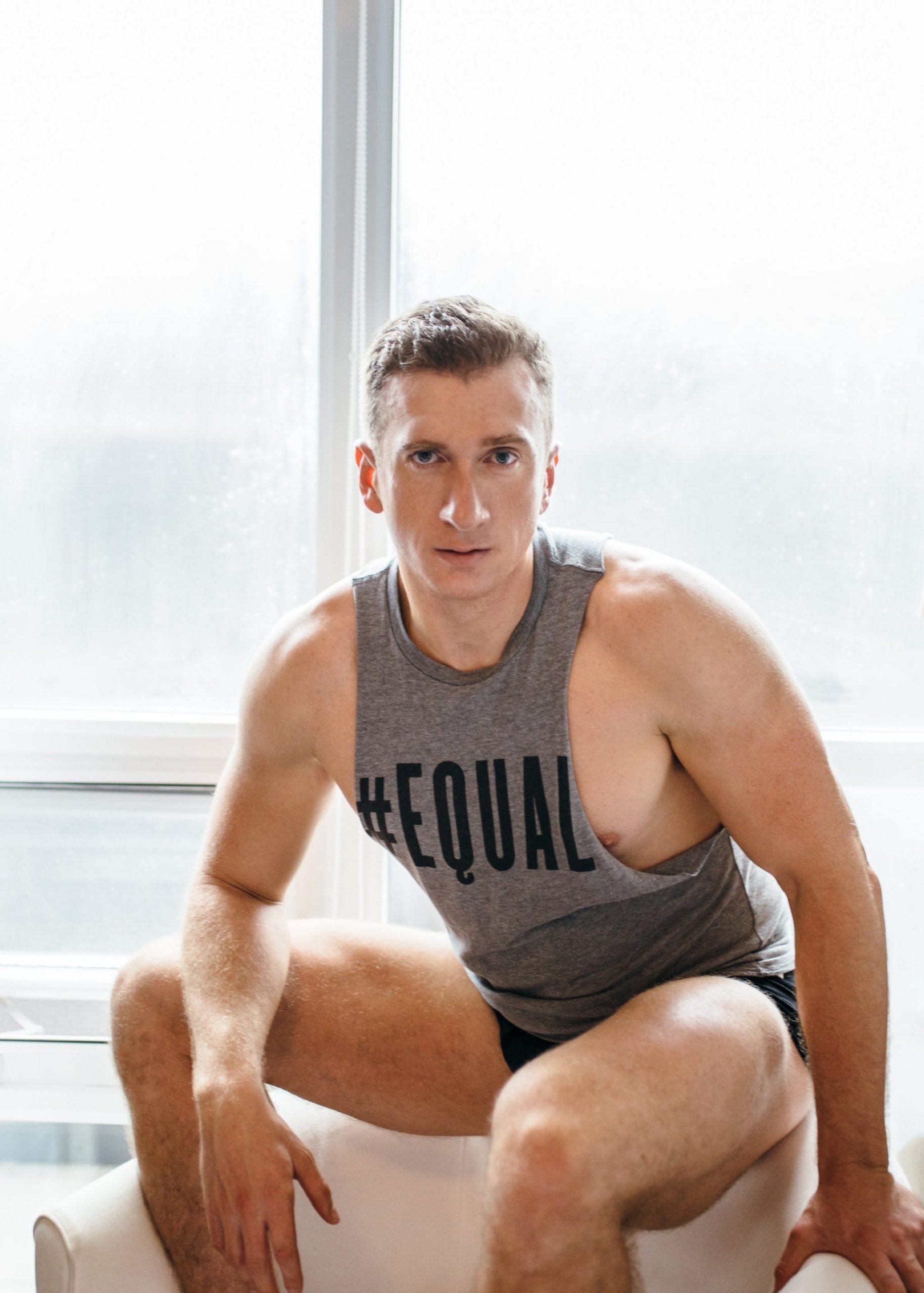 What were the reactions from coaches and other athletes when you came out to them?

I came out publicly after I retired but was working with about 100 hockey players as a mentor and developmental coach.  Part of the reason I came out is that it was brought to my attention that these hockey players who have a massive influence in Canadian culture knew I was gay and chose to work with me.

Funny enough, it was brought to my attention by a hockey mom who called me to set me up on a date.  When I asked what her name was, she said Steve.  She told me all the players I worked with knew and had known for years.

Instead of coming out to them, I observed their behaviours and started to notice that anytime they would stay something homophobic they would freeze up and apologize to me.  It made me realize that if I could shift the language and attitudes of 100 cocky hockey boys, it could be done throughout society.

Sadly, an association I worked with found out about my sexuality and ostracised me.  Coaches kicked me off staffs that I had been volunteering on and the association wouldn’t allow me to do any development training with their teams.

This and the incident at Pulse night club motivated me to come out and create shifts.

The day I came out publicly, I received over 10k in messages.  Many of which were ex-teammates or coaches who expressed their support or apologized for the language they used.  It meant a lot. It was such a surreal moment.

What advice would you give those struggling to feel confident in their own skin?

There is something I say everywhere I speak.  It seems over-simplistic but when you break it down it makes a great deal of sense.  Only you can accept you.  Fearing acceptance or getting acceptance from others means that they’re above you and we’re all part of humankind which means we’re all equal.

Once you learn to accept who you are, you need to focus on loving yourself for who you are.  I love being a gay man.  I make sure to say this as often as possible because part of the problem is nobody ever hears this.  That kid struggling has never heard someone say that they love being gay.  When you can learn to love yourself fully, including sexuality or gender identity, you will be less likely to worry about what anyone else thinks.

It is the most powerful realization that I’ve come to. It will allow people to feel empowered.

Also, it’s a journey to get there.  It takes a lot of work but there are people out there who will support you through it. People like me.  My dm’s on Instagram are ALWAYS open and I will help any way I can.

How do you keep such a positive outlook on life? What keeps you motivated?

Quite honestly, it’s not easy.  There are many moments where I want to give up or I have a little private cry.  I feel so much anguish from others and I get attacked for being a voice for change.

I practice a lot of self-care.  I meditate twice a day; I journal daily and have a gratitude list.  I also have a strong support system that I can rely on.  My partner Matthew puts up with so much and I have friends like Mrs. Kasha Davis from Rupaul’s Drag Race, who I host a digital show with, that I can call anytime to vent or think through ideas.

The thing that motivates me the most is knowing there are kids who felt the way I did.  There are people struggling and as someone with a platform, I feel like it’s my duty to speak up and create shifts in culture.

How would you deal with people in your circle, family, or friends that aren’t supportive?

I think sometimes we have to give people time.  Most of us are closeted for a long time. We gave us years and years of time to accept ourselves yet we want people in our lives to be inclusive day one.  Sometimes people haven’t been exposed to the community or have viewpoints based on politics or religion that counter.  We must continue to be authentically ourselves in order to humanize the community for them.  We must learn not to see their ignorance as a reflection of ourselves being less, you are enough, you are equal.  This is their issue.

That said, you can choose who you engage with and if you’re not feeling respected or supported you can try not to engage with those people.

Sometimes that’s difficult, especially for youth who can feel stuck at home, and in that situation, I recommend reaching out to someone like me.  Vent your frustrations, fears, and anger.  You can’t bottle that in and there are people here who will talk to you.  As LGBTQ+ people we are a family and we must support one another.

How do you remain unapologetically yourself?

When I first came out and became a public figure, I feared what everyone thought of me.  I cared that they may not want to hire me or work with me if I spoke too much or said anything that may be construed as controversial.  This was ingrained in me through my upbringing in hockey culture where you’re taught not to speak up or speak out.

However, as I grew up in my advocacy, I realized that as a white cis masculine-presenting man, my silence is deafening.  I am someone with a platform and a ton of privilege, If I’m not using it then I’m letting my queer family down.

Tell us about the Digital Drag Show you are hosting on June 16th.

I am so excited and proud to be part of this event.  Brooke Lynn Hytes and I are co-hosting a Digital Drag Show presented by Friendly Stranger on June 16th to raise money for the Glad Day COVID-19 Emergency Relief Fund.

This show means a lot to me.  Prior to coming out, the Church street village was the first place where I felt safe, the first place where I felt free.  I remember when I decided to retire from hockey.  I was at the border in Windsor getting a VISA to head to the United States to begin my season.  I thought to myself, I cannot do this any longer.  I got back in the car and drove to Toronto.  It was a Thanksgiving long weekend and I met up with friends and went out in the village.  It was the most liberating experience of my life.  It felt so freeing like I didn’t have to care any longer and I could just be me.  I owe a huge debt of gratitude to the village for being that safe space.

For many members of our community, nightclubs are some of the safest spaces.  The hope is that in these spaces they don’t receive hate or judgment and can love who they love.  The same can’t necessarily be said for queer people walking down the street or going to a traditionally straight establishment.  The drag queens in our community are our entertainers.  They bring us joy during tough times and are there to celebrate the good.  They are at the forefront of protests and have always been a huge part of the fight for equality.  The club employees, our queer entertainers need our help.  I don’t think anyone knows when bars and clubs will reopen and when these people will be able to work again.  We owe it to those who have consistently been beacons in the community to support them through this incredibly challenging time.  So if you can please donate here: and come enjoy the show which you can find at www.friendlystranger.com!