94-year old veteran Ken Benbow was moved to tears when his care worker gifted him a pillow with a picture of his late wife, Ada, printed on it.

When Kia Tobin noticed Mr. Benbow had been sleeping with a photograph of Ada by his bedside at his Preston care home–a photograph he hugged and spoke to every day–the care worker and nursing home team decided to have a thoughtful gift made for him.

When Ms. Tobin handed the photo pillow to Mr. Benbow, you can see the Royal Navy veteran overcome with emotions.

Mr. Benbow was married to Ada for 71 years. He describes his wife as “the most loving, caring, beautiful wife you could wish for.”

Originally from Oswestry in Shropshire, the couple moved to Garstang, Lancashire, after Mr Benbow returned home from serving in the Second World War. 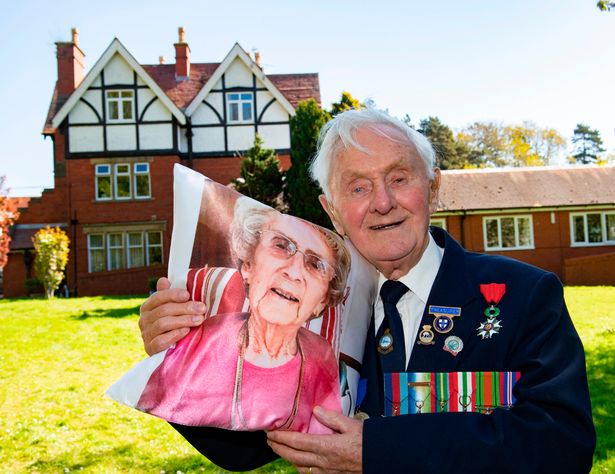 Appearing on Good Morning Britain with Ms. Tobin, Mr. Benbow says, “I had been sleeping with a picture of my wife for nine months now, ever since she died. She [Tobin] had said to me, ‘I don’t like you doing that because it is glass. You’ll cut yourself’.” As he recalls the moment he received the gift, he gets choked up. “I’m going to cry if I keep on.”

“Ken is so funny and an amazing person,” said Ms Tobin. “The photo of Ada is in a glass frame by his bed and he speaks to her every night. Now he can take the pillow to bed with him and give it a good squeeze.” 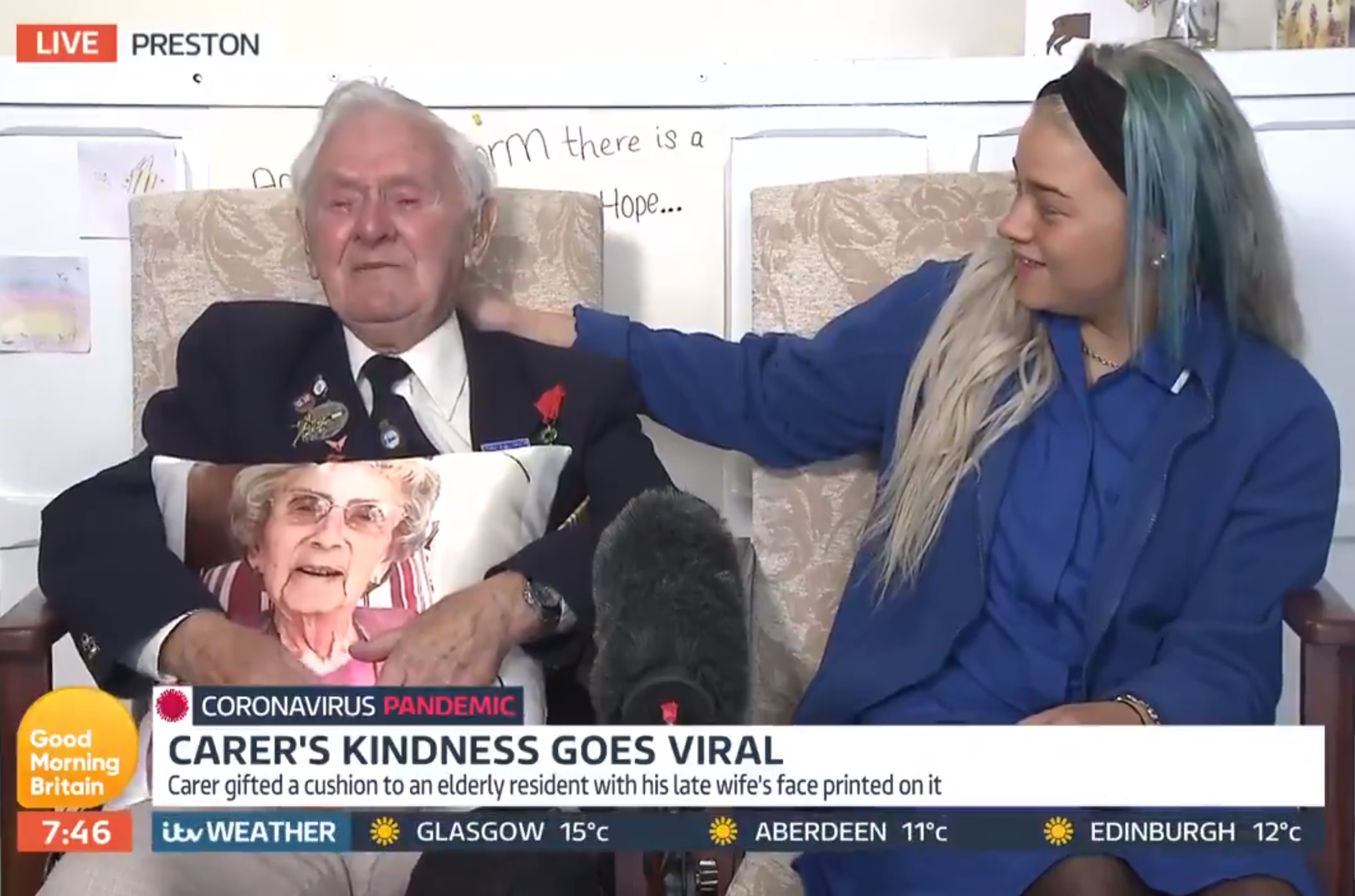