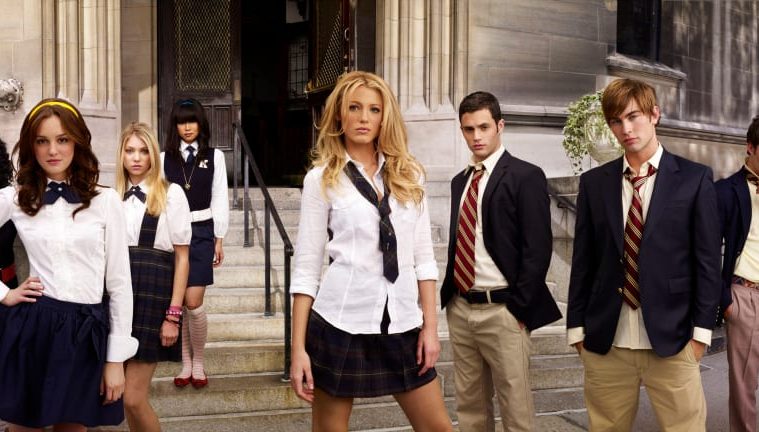 Listen up, Upper East Siders, it looks like there may be a chance for a Gossip Girl reboot.

Speculations have been spreading on a possible reboot of the classic TV series from CW, which has since developed a large cult following. Back in February, CW president Mark Pedowitz addressed these rumours and didn’t deny any possibilities of the show coming back at the Television Critics Association during the winter press tour.

“There’s a discussion, but I don’t know if we’re there yet,” the exec stated. “I don’t know what it would be. A lot is up to Warner Bros. and exec producers Josh Schwartz and Stephanie Savage, ’cause you don’t want to do anything without them.”

The popular show ran for six seasons starting in 2007, and ending its run in 2012. It made well-known stars such as Blake Lively, Leighton Meester, Penn Badgley, Ed Westwick, Chace Crawford, and Taylor Momsen. As many fans are eager to see the iconic duo Blair and Serena together, they’ll be even happier to know that the actors aren’t opposed to the possibility of a revival either.

Back in 2017, Blake Lively, who portrays the “It Girl” of Upper East Side Serena Van Der Woodsen, told Variety that she’d be fairly open to filming again with the original cast. “It sort of all depends. Would I do seven years of the show? No, because it’s hard work and I’ve got my babies, and I don’t want to be away from them that much. But I’ve just learned in life you never say never. I’m looking to do something that I haven’t done yet, not something that I did. But would I do that? Who knows—if it was good, if it made sense. We had so much fun shooting and living and working in New York City,” Lively stated.

On the other hand, Leighton Meester, who portrays Queen Bee Blair Waldorf, seemed a bit more hesitant, but didn’t exactly shoot down the idea. “I guess I hear that [reunion talk]and starts here and there, but it’s hard to say,” she said. “If everyone was into it and if the timing was right, you know? I don’t want to say, ‘No, never…’” Meester stated in an interview with Vanity Fair back in August 2017.

As we cross our fingers for this dream to come true, let’s go back and revisit some of the most memorable looks on the iconic show.

Blair Waldorf, Photo via The Hunt

Thanksgiving is a day where we look back on what we’re thankful for, and we’re definitely thankful for this iconic look! Blair served Thanksgiving with this classy outfit, featuring a mix of lace textiles and neutral colours. Wearing the Marc Jacobs Dita Lace Dress, the Queen B added her own touch with a gold necklace, black lace tights, and black heels. 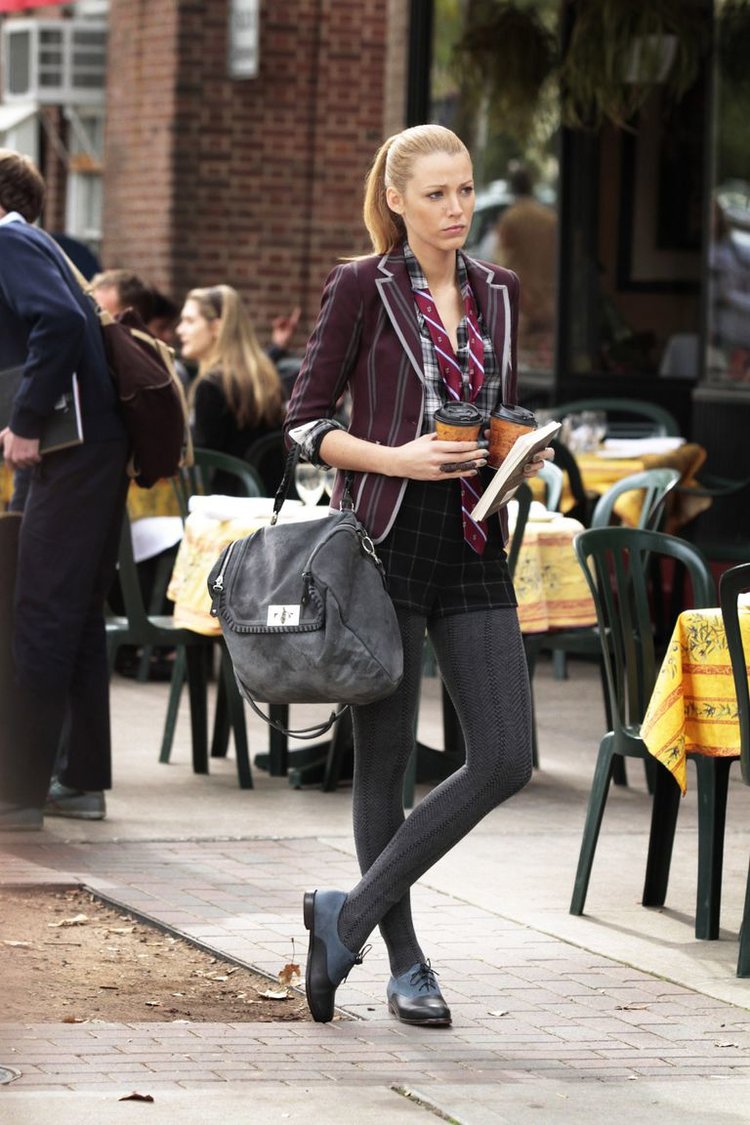 There’s a reason as to why Serena was the “It Girl” of the Upper East Side. Mixing her patterns together, Serena created this preppy chic look by matching her striped blazer with a different striped tie along with two different kinds of plaid for her top and bottom pieces, pairing it with Oxfords. Something only Serena Van Der Woodsen can pull off.

While she didn’t always have the best intentions, Georgina Sparks stood out from the rest of the cast with her casual “bad girl” look. Wearing a black embellished coat over a blue-beaded tunic dress, Georgina stands out with her two-tone Jason Wu ankle boots along with her extravagant feathered Angel Jackson bag. And of course, Georgina’s signature shades. 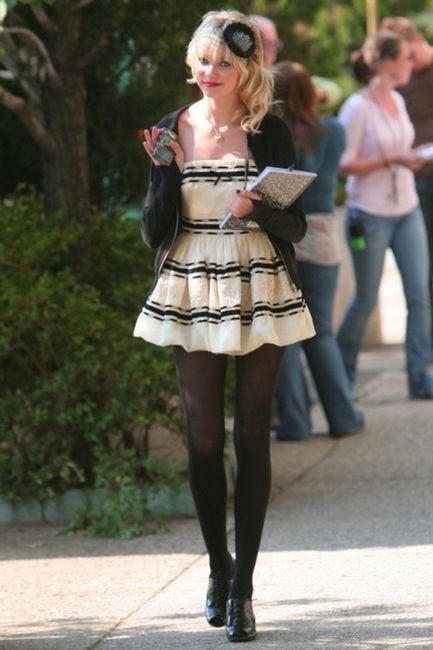 Whether you loved her or hated her, Jenny’s character went through a rollercoaster of many changes, including her outfits. Her style drastically changed over the seasons along with her personality, where she went from an innocent sweet girl wearing pastels to a goth girl who wore all black with heavy eyeliner. While she definitely rocked the goth look, we’ll never forget the Little J that wore cute dresses with headbands, such as this outfit here. Jenny wore a white and black striped dress from H&M, along with a black cardigan and black heels. 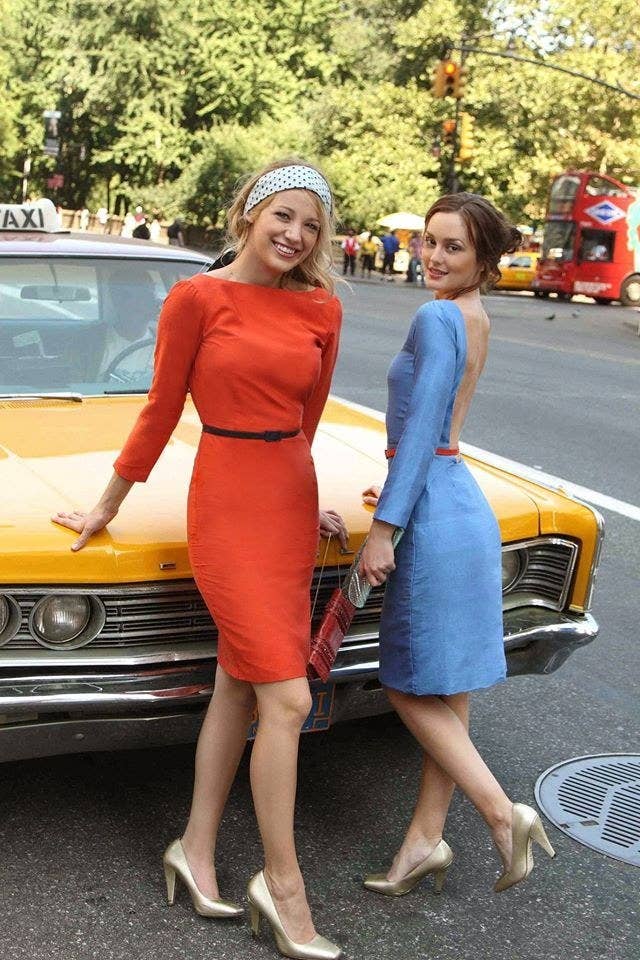 One of the most memorable moments in the show was when Blair and Serena had their own fun little photoshoot, where they both wore dresses in corresponding colours. BFF goals, am I right? 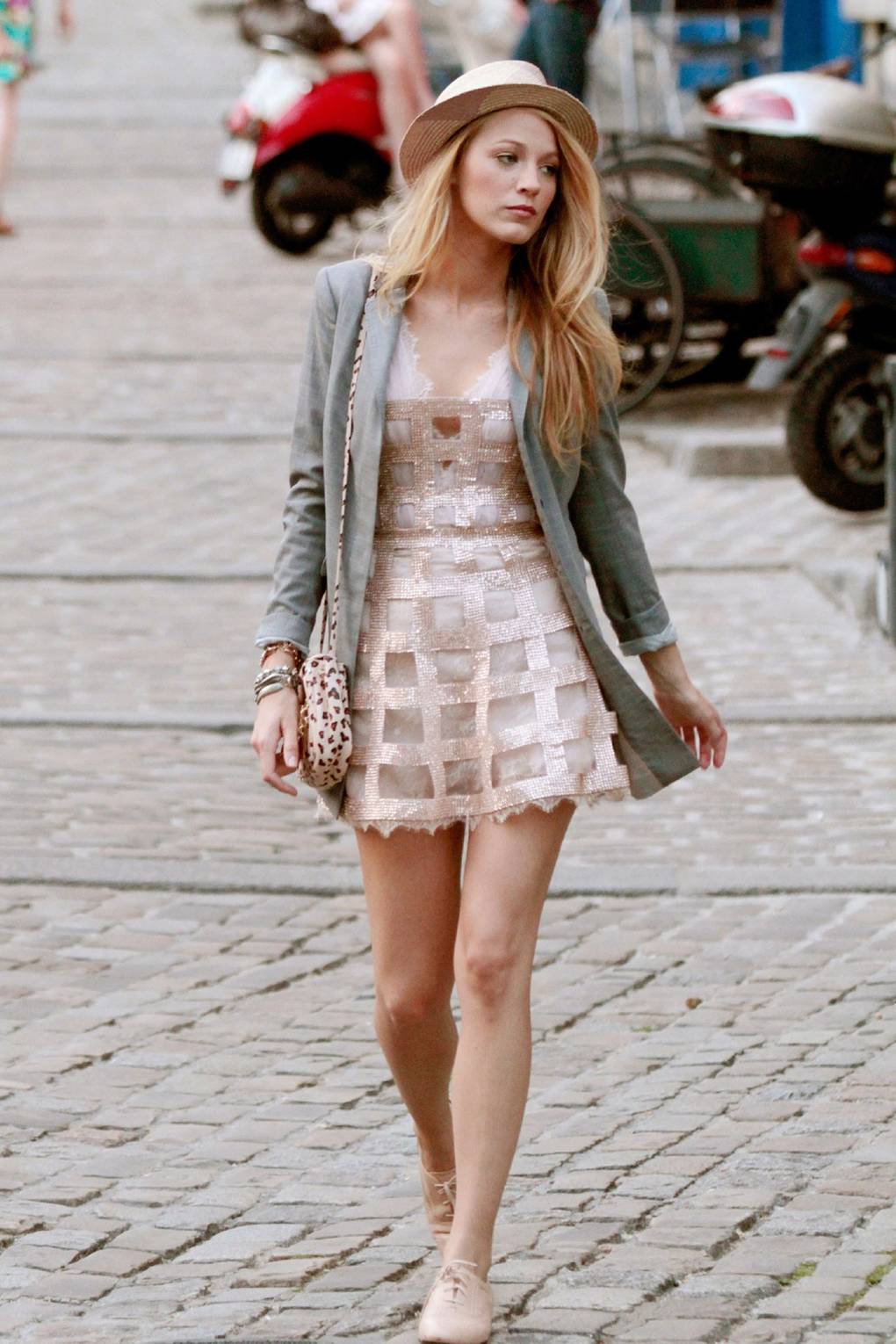 When you’re walking through the city of Paris, you’ll want to be matching the beauty of the city itself, and that is exactly what Serena did. Wearing a short glittery caged dress with Oxfords, Serena matched it with a casual blazer, leopard print purse, and a fedora which all somehow seem to fit together nicely.

If you ever plan on going on a date to the skating rink and you want to look cute, follow Blair’s outfit here. You might be surprised to know that Blair is wearing a plaid Zara Kids skirt (yes, KIDS), along with a another plaid-patterned capelet from H&M. Want an extra touch? Add some pom-poms to your skates like Blair did! 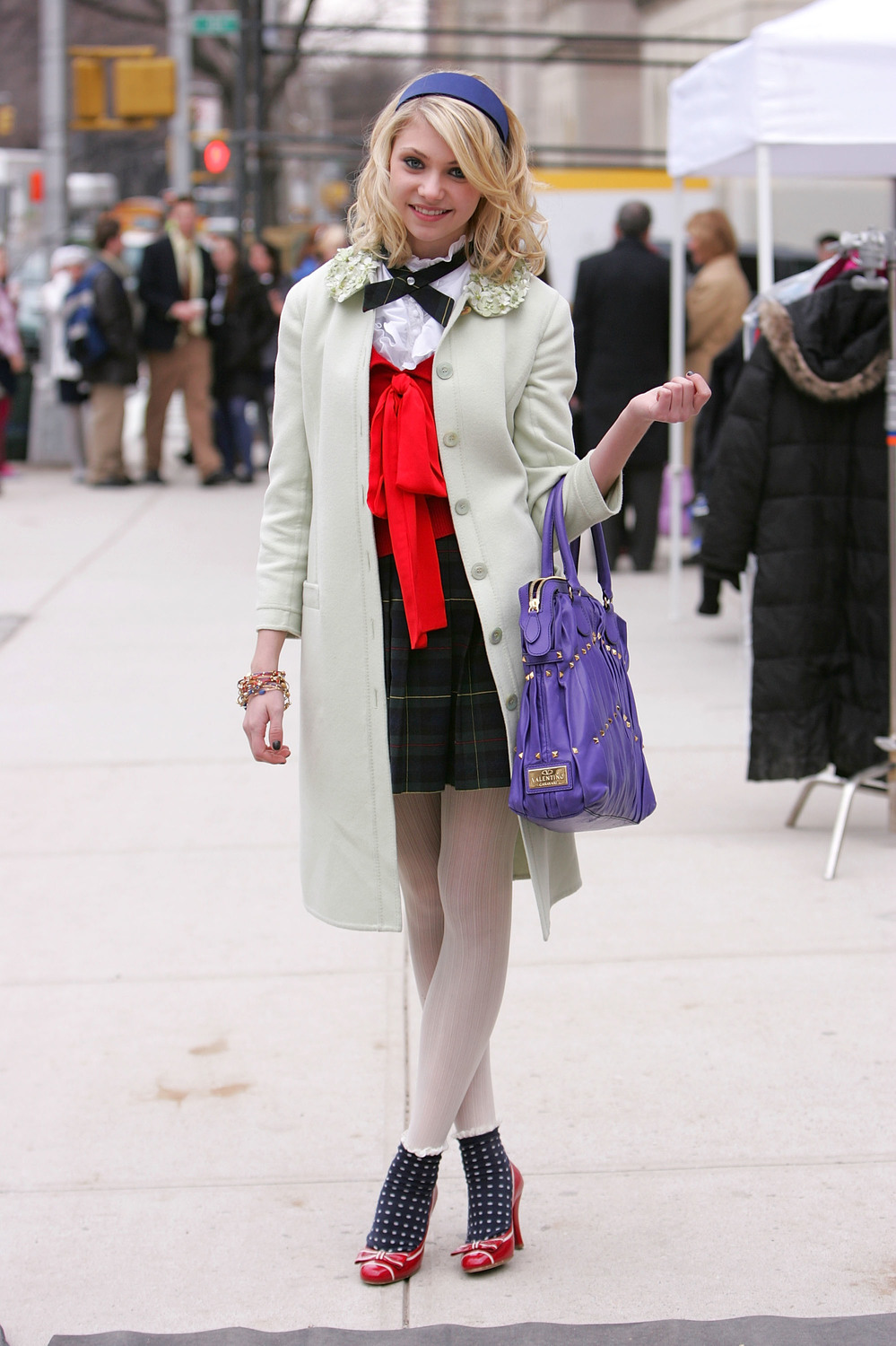 In earlier seasons, Jenny’s outfits always had pops of colour everywhere. Rocking a light Valentino pea coat over a classy blouse and plaid skirt, Jenny incorporated her Juicy Couture socks with her bright ruby red Moschino heels along with a bold purple purse also from Valentino, which somehow all works together. A more unique and fun take on the typical preppy look.

Of course, there are so many more outfits we loved on the show, as the options are endless. Which outfit was your favourite?