Harry Styles Helps Fan Come Out During One Of His Shows

Harry Styles Encourages a Fan to “Come Out” at Love On Tour, London II, June 2022 Concert: You’re Gay Officially, My Boy! Harry extended his support to a fan who asked him to help spread the word during the performance at Wembley Stadium on Sunday night. 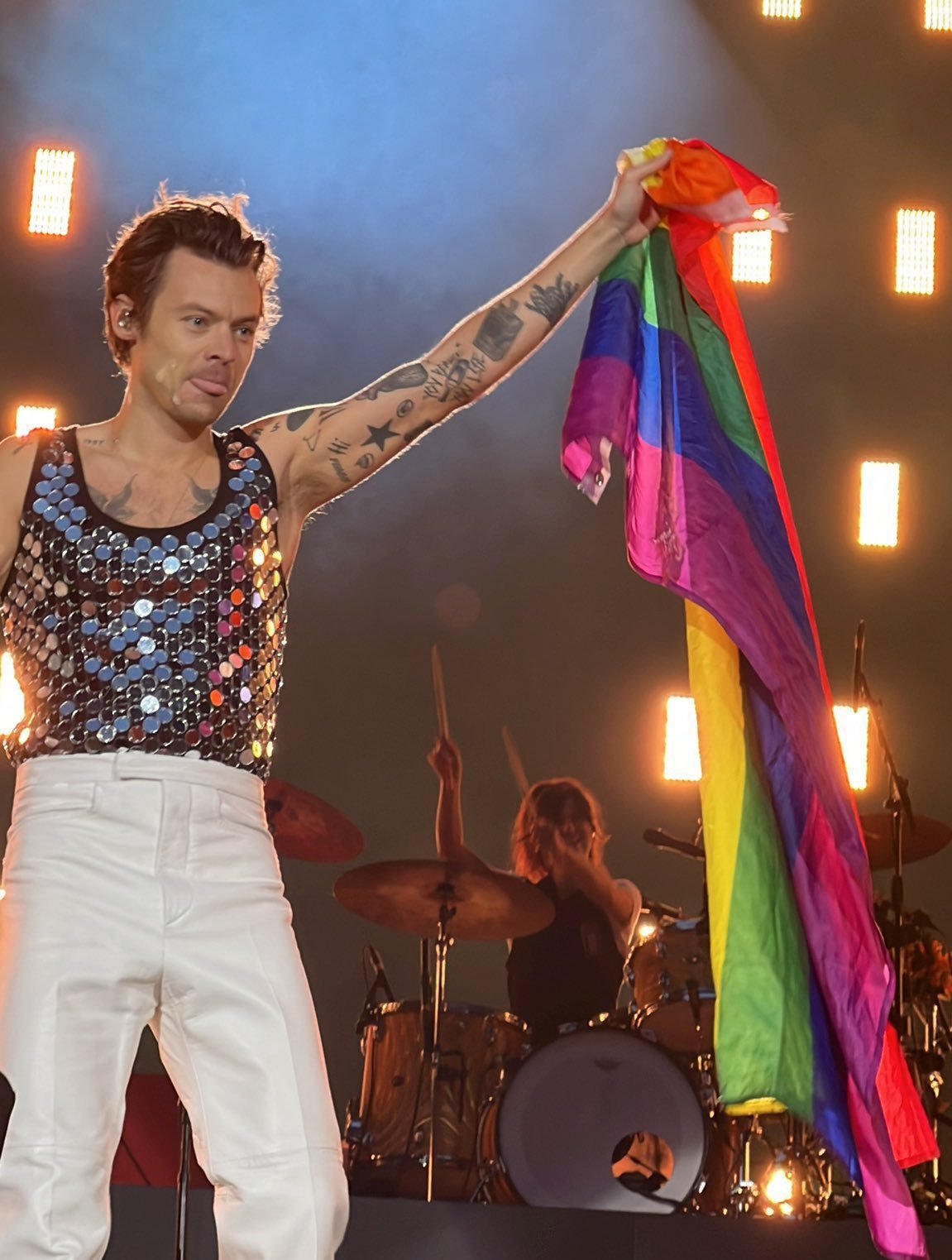 Harry Styles noticed a devoted Italian fan asking for help as he was performing on Sunday at Wembley Stadium in London. The sign read, “From Ono to Wembley: Help me come out.” Styles gladly complied, picking up the sign and a rainbow flag, and carrying them.

When the flag passes over my head, you are officially out, Styles said as the crowd cheered the fan’s name. That’s how it goes, in my opinion: “You’re officially gay, my boy, when this sign goes over your head,” Harry added.

With the flag at his feet, he then went across the enormous stadium stage as his band’s drum beat increased the tension. Styles said, “Congratulations, you’re a free man!” with his head thrown back and the iconic rainbow raised above his sightline. View the entire minute in the Twitter video.

Fans started posting videos of the “Slow Hands” singer watching Styles perform One Direction’s debut single, “What Makes You Beautiful,” while standing among the audience and grinning widely.

This was the second of Styles’ two performances at Wembley. It was “one of my favorite shows we’ve ever played,” the singer said on Twitter after the event on June 18. This is high praise coming from Styles, who played 42 sold-out arena shows last year.

During a US concert in November, last year, Styles helped another young fan in coming out to their mother. While performing in Milwaukee, Styles noticed a fan holding a banner that read, “My mom is in Section 201. Help me come out??”.

Styles rushed back and forth across the stage, asking the signholder whether he wanted to do the honors or if he should, after finding mum Lisa in section 201 of the arena. Back on Lisa’s side of the stage, he finally exclaimed, “Lisa, she’s gay!” to thunderous acclaim.