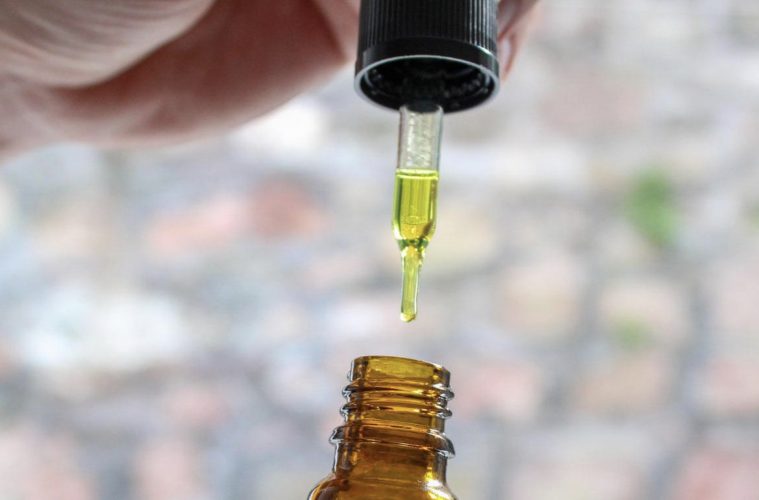 By now, just about everyone’s heard of the cannabis and hemp compounds known as cannabinoids, with the most popular being cannabidiol (CBD). We’ve seen news stories where CBD played a key role in ameliorating symptoms of serious physiological disorders, and we’ve noticed countless athletes as well as celebrities credit CBD with keeping them in peak condition. However, while public awareness of cannabinoids is certainly at an all-time high, not too many people understand quite how they work within the human body.

It’s worth noting that CBD isn’t the only noteworthy cannabis compound with medicinal and therapeutic potential vetted by scientific research. Terpenoids (more commonly known simply as “terpenes”) are another class of cannabis extracts that are quickly making their way into the natural medicine mainstream due to their wide range of health-promoting properties.

There are more than 120 different cannabinoids and over 200 terpenes in the cannabis plant. Understandably, the complex and complementary interactions between cannabinoids and terpenes are key to understanding why cannabis has been used as a natural curative by dozens of cultures over thousands of years. Perhaps the single most notable synergistic process documented between the two in contemporary scientific literature is one known as the “Entourage Effect.”

What is the Entourage Effect?

The Entourage Effect is a term coined by Israeli organic chemists Raphael Mechoulam and Shimon Ben-Shabat. The term is used to describe the process by which cannabinoids and terpenoids work in tandem to essentially enhance each other’s effects, due to their respective interactions upon the human endocannabinoid system.

The Entourage Effect can manifest anytime cannabinoids and terpenes are simultaneously absorbed into the body. This can occur via the smoking of cannabis, enjoyment of an edible or the consumption of any full-spectrum CBD oil or concentrate.

Exactly how do cannabinoids and terpenes influence the medicinal value of cannabis? This post explores key distinctions between the two, their effect on the endocannabinoid system and how anyone can make use of the Entourage Effect as a means of health supplementation and promotion of homeostasis — even from the comfort of home.

An Overview of Terpenes

Terpenes are naturally occurring isoprene-based aromatic hydrocarbons. Although primarily known because of medical studies revolving around their presence in cannabis, terpenes are present in virtually all plant life — playing a large part in influencing both the flavors and aromas of herbs, spices, flowers and fruit.

Today, terpene infusion is used in the manufacture of products across a multiplicity of industries; most notably the beauty, wellness and hospitality industries. In states like California and Oregon, terpenes are commonly used in the creation of designer cocktails and novel culinary creations in so-called “weed restaurants” and cannabis cafes.

For a number of different industries, the main draw into the terpenes market is its relative lack of federal regulatory stigma when compared to other cannabis components, as well as its widespread availability. Reputable sellers like True Blue Terpenes readily market terpenes on their website for both individual consumers and large bulk purchasers nationwide.

An Overview of Cannabinoids

Cannabinoids are naturally occurring compounds found only in cannabis and its variants, such as hemp. Cannabigerol (CBG), cannabinol (CBN) and cannabichromene (CBC) are all examples of well-known cannabinoids, but there are none more thoroughly researched than the cannabis plant’s two primary cannabinoids: tetrahydrocannabinol (THC) and cannabidiol (CBD).

Because of its psychoactive properties, THC is the main reason cannabis is still technically federally illegal as classified under the DEA’s Drug Scheduling System. This complicates the emergence of even non-psychoactive cannabinoids like CBD into the mainstream, as product manufacturers must source their cannabinoids specifically from hemp farms — and shoulder the cost of expensive machine isolation processes — just to market their infused products in all 50 states.

This isn’t to say that cannabinoids aren’t quickly becoming a household word, however. By mainlining in the natural therapy, sports medicine and vaping industries, cannabinoids have matured into a multi-billion market in less than a decade.

How the Entourage Effect Works Within the Endocannabinoid System: A Crash Course

While they’re each highly sought after cannabis compounds in themselves, the real magic occurs when cannabinoids and terpenes synergize to enhance each other’s medicinal and therapeutic potential. To understand the Entourage Effect, it’s important to briefly explore how the endocannabinoid system (ECS) works in relation to the human nervous system.

What is the ECS, in a nutshell?

The ECS is essentially a network of endogenous lipid-based receptors located throughout the body. These receptors are wired directly to the limbic and nervous systems, and can affect sensation, emotion, mood and even memory. The endocannabinoid system is named as such because it was discovered during the study of cannabis’ effects on the human brain.

Take CBD’s well-documented anxiolytic effects, for instance. When complementary cannabinoids and terpenes interact with the ECS, they exercise modulatory effects upon ECS receptors; namely the CB1 and CB1R receptors in this case. This increases the uptake of the neurotransmitter serotonin into the brain, providing relief from symptoms of many anxiety disorders.

The Entourage Effect and its effect on the ECS is key in the viability of select cannabis strains as relief medication for chronic pain, mood and even physiological disorders such as intermittent seizures and muscle spasticity.

Producing the Entourage Effect at Home

It’s easier today than ever before to tap into the synergy between cannabinoids and terpenes as a means of home therapy or health supplementation. Personal vaporizers are easily the most straightforward option, given both psychoactive and non-psychoactive cannabis cartridges are readily available in vape shops or dispensaries.

Purchasing terpene isolates and adding them into cannabis bud, flower, nuggets or edibles during consumption is a more involved method of producing the Entourage Effect at home. However, it does provide the ability to tailor the cannabis experience through complementary terpene selection, which can significantly improve flavor and aroma depending on the cannabis strain in use.

With their availability, affordability and increasing legalizationacross the United States, it’s never been easier to enlist the help of natural cannabis compounds in living your best life