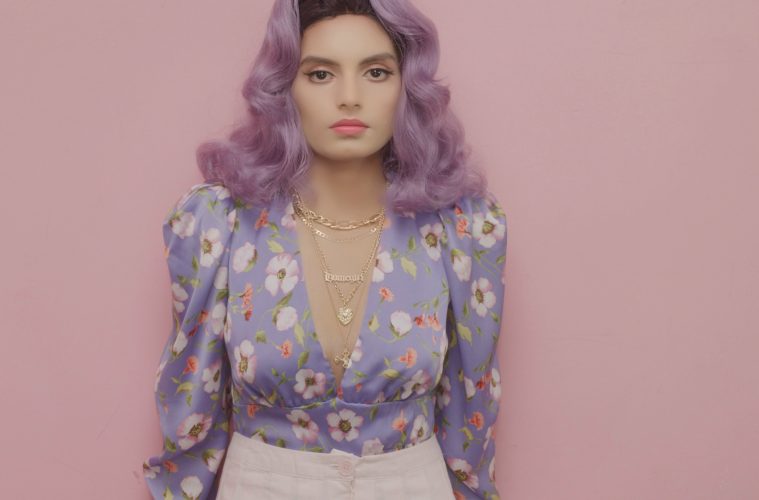 One of the biggest difficulties for artists in this modern age is making a name for themselves in a time when it’s so easy for anyone to upload content online. It can be difficult for an artist to harness this potential, but when done properly you can engage a huge audience, as is the case for Shannon K. Daughter of Bollywood singer Kumar Sanu, Shannon K has managed to gain a following of around 5 million through her social media and music presence. Working with the same producers and songwriters as artists such as Justin Bieber, Rita Ora, and Ed Sheeran, Shannon K has been making an impact with hard-hitting pop songs. With a new release on the horizon, we wanted to take a look at her influences, ambitions and handling success at such a young age. 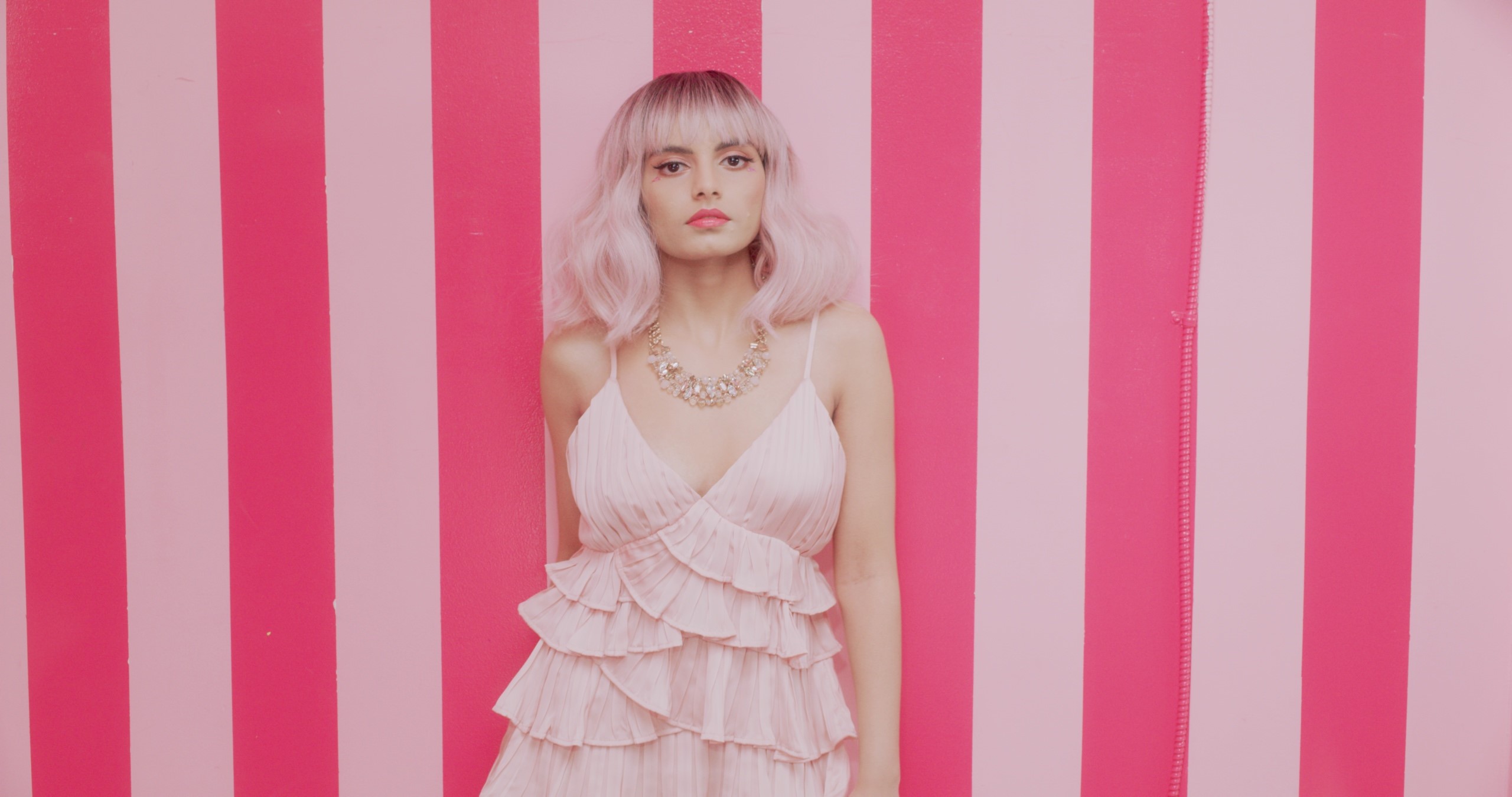 Having been born in India, raised in London, and living in LA, where do you feel most at home?

LA is definitely home to me. I live here full time, know my way around town, and generally, I’ve just adjusted to the lifestyle here. Three is a different level of warmth that India has though. Anyone would feel at home if they visit. As for London, I feel the same as I do about LA but I was just beginning to understand things and learn more about who I am when we left there. Even though I miss and adore London, LA is where my heart is at.

Do you feel your time at the Royal College of Music helped you creatively?

Do you feel influenced by the various music scenes of each area you have lived in?

Absolutely, the vibe is so different. I have been very inspired and influenced by the places I’ve lived in. They have certainly had an impact on my music and songwriting, as I’m usually inspired by my surroundings and the environment.

Being raised in a musical environment, I can say that music had been a part of me ever since the beginning. I’ve always been fascinated by music and the whole picture of a musician/artist’s life. I’ve been inspired by some of the greatest legends who helped me dig deeper into the world of music and songwriting. I remember the first time I won in a school music competition and from there onwards,  I gained the confidence to take my singing further. 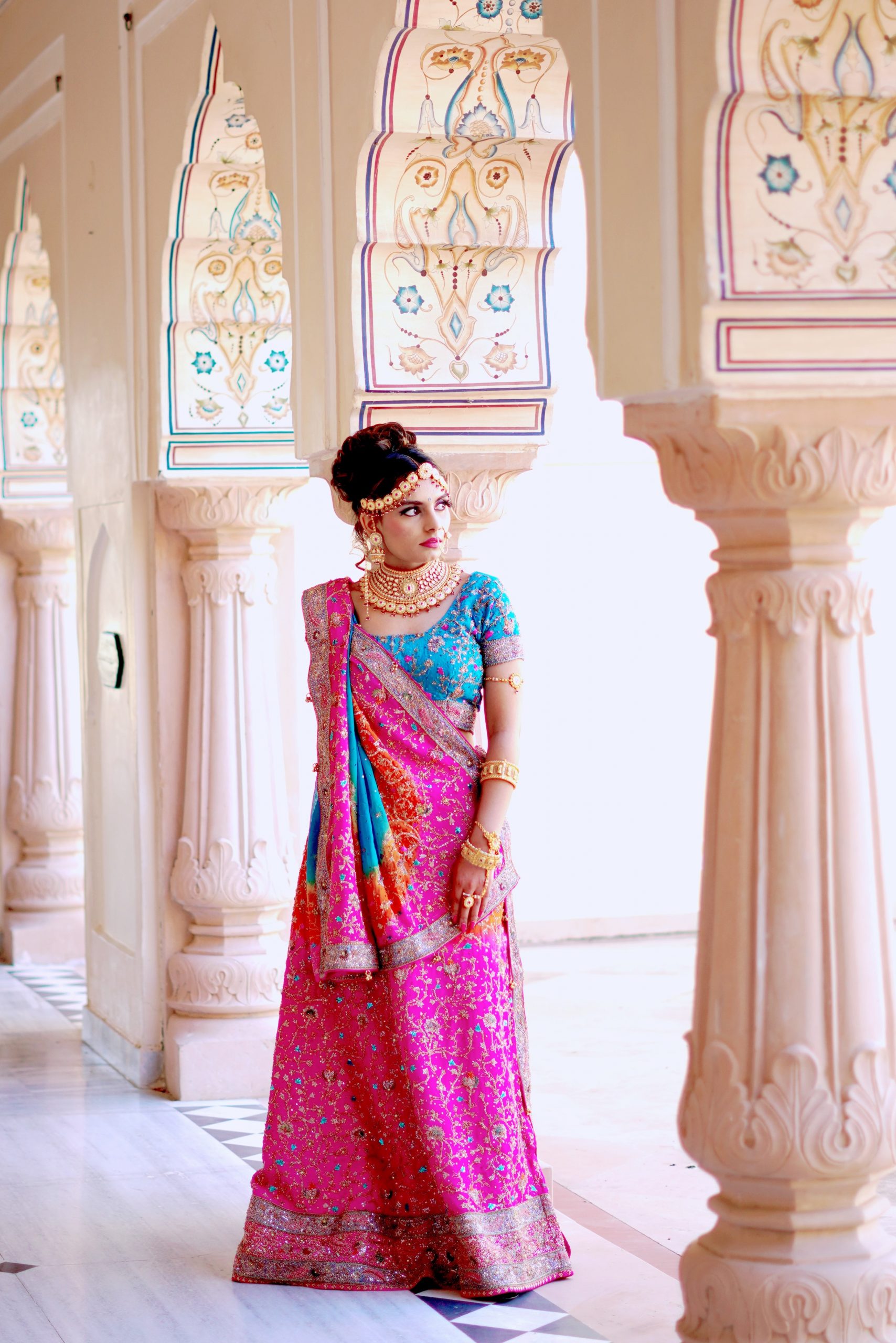 Which artists or bands do you feel have influenced your music?

Since childhood, Whitney Houston, Céline Dion, and Mariah Carey have been major influences in my singing, which is why they are my inspiration. They all have so much to learn from and it’s just incredible to see what they can do with their soulful yet powerful voices.  I like Ariana Grande as well. She has such a chill vibe and it’s always fun to watch her perform!

How do you handle the responsibility and stresses that come with having a following of millions?

It’s hard not to think about the responsibilities that you have as an artist, but I try to stay positive and take in constructive criticism to let myself grow. I handle stress by overlooking all kinds of negativity, and I just focus on concentrating on my work.

Has fame been something you have been accustomed to since you were young?

A lot of people would assume that I’ve been accustomed to fame. That would’ve been the case if I lived in India, but because I grew up elsewhere. There wasn’t a chance for me to think that I deserve special attention or anything. Also, my parents never wanted me to think of myself as a kid star because we’re all just people. They wanted me to be humble and independent and that’s not really possible if you have everything done for you. I was taught to do things for myself and live normally.

Aside from singing, what are some of your other passions?

Besides music, I like acting, songwriting, and coloring. All of these interconnect with each other but it’s fun to act and portray a character.

You are starting up a podcast called ‘Get Real’, what will you be exploring within the podcast?

In the podcast, we’ll explore the reality and unheard stories of artists, actors, musicians, and influencers behind their success. A lot of times we as an audience start dissing celebrities without knowing the hardships and sacrifices they had made along their way to success, so I feel like this podcast would give an opportunity to hear the behind the stories, which would motivate and inspire people to keep going.

Has this strange period of lockdown been a creative time for you?

This strange period of time has certainly helped me focus and expand my creative side. I was able to write and think in a different way, which I’m sure I wouldn’t have been able to if I was working. 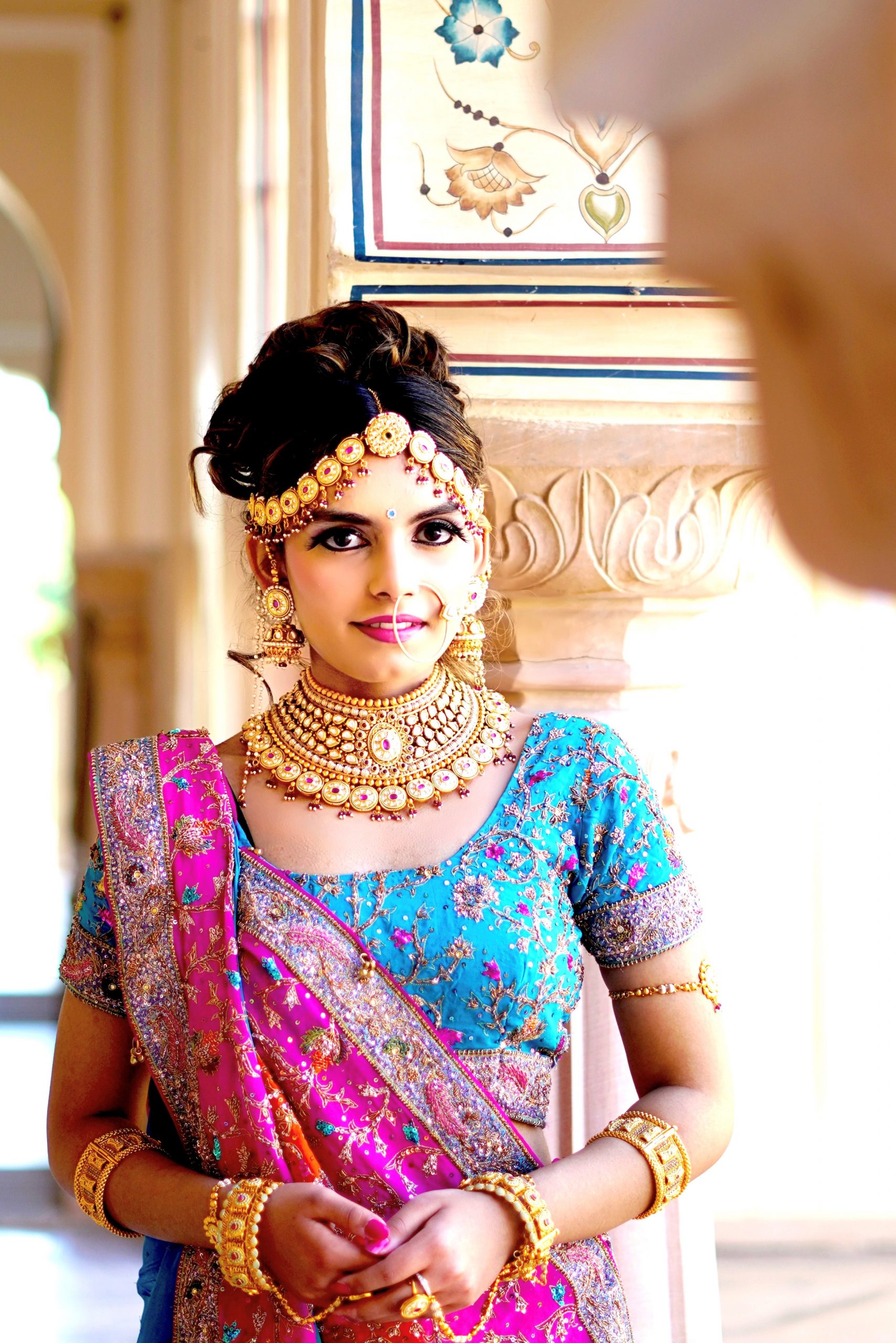 What can you tell us about your new release?

I can tell you that the music video was filmed at the Mundota Fort and Palace in Jaipur, one of the most historical cities in India. The Palace and Fort are 450 years old. If you haven’t had the chance to visit Jaipur, you can check it out through my music video!

What is the title of the new song and what is it about?

The song is titled “RUN,” which talks about believing in your dreams and having self-confidence. It’s like running towards your goal. I feel like in the past I had been afraid to put my true self out there. I was told to not dream big, to try and fit in and look alike, to change my style so I can be accepted by the people. But somewhere I felt like It wasn’t right. Over the years I realized that my uniqueness is my diversity. Being a person of color, I wanted to show my ethnicity and roots, and also show the culture of my country. That’s where I found my confidence. This song is a motivation for everyone who needs encouragement to be themselves.

You have been teasing fans on Instagram coming up to the release, how do you think they’ll respond to the new song?

I’m always a little nervous before any song release. Even with this single, I’m pretty nervous but I’m sure that my fans will really enjoy the song and video! I don’t know how they’ll respond as every individual has his/her own opinion. 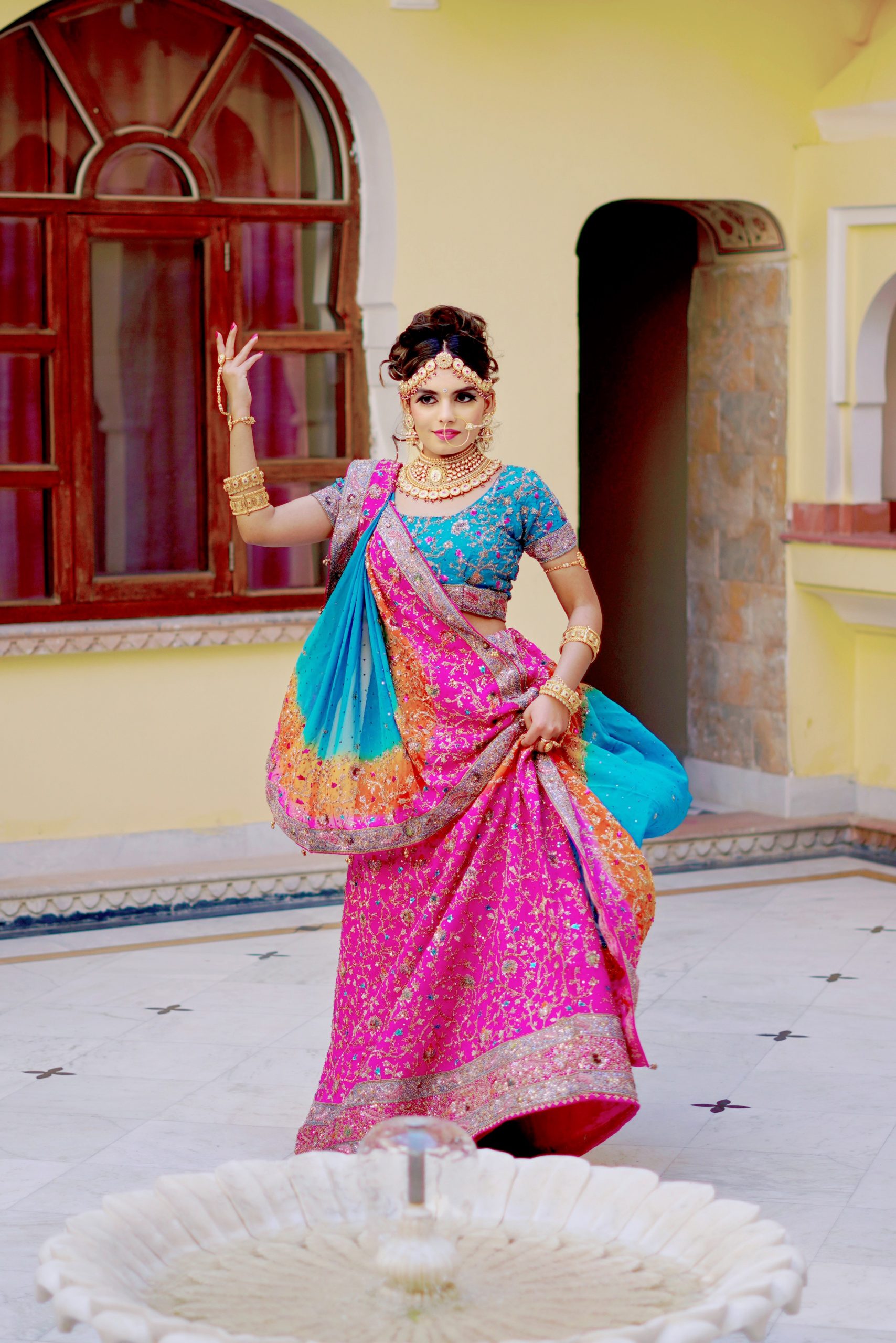 Where will we be able to listen to the new single and when?

The single is releasing on September 18th and will be available on all digital platforms including Spotify, Apple Music, etc. The music video will release the same day on my YouTube channel.

Are there any chances of an EP or album release on the horizon?

I haven’t really thought about an album or an EP yet, but that doesn’t mean it won’t happen. I guess you’ll just have to wait and see!

When can we hope to hear more from you?

I have a couple of projects in the pipeline, so hopefully, I’ll be back soon to chat about another project of mine!

At such a young age, where do you aim to go from here?

I plan to keep climbing up the mountain till I see the beautiful sunrise. For me, my aim is to heal people with my songs and spread positivity.