How Balenciaga is Evolving Men’s Streetwear

Demna Gvasalia has created a seismic shift in the world of luxury fashion since assuming the role of creative director at Balenciaga. After rising to prominence with the Belgian design collective Vetements, which courted none other than Kanye West as an early admirer, the Georgian-born designer was eventually tapped to succeed Alexander Wang at the helm of one of French fashion’s most storied Maisons in 2015.

Since debuting Balenciaga’s first menswear runway presentation in 2016, an essence of rationality has consistently informed Gvasalia’s creations. While Balenciaga’s price points remain out of reach for a majority of consumers, the clothing is constructed in a manner that accounts for a more diverse range of body types. Oversized sweaters, generously cut trousers and denim, as well as an array of accessible, slightly unhinged, outerwear has inhabited the fashion house.

The aesthetic overhaul Gvasalia has integrated his collections with has disrupted traditional notions of high-end fashion. Logos, glittery prints, and an attention to common casual apparel has redefined how luxury clothing should look. Speaking with the New York Times, the designer notes how he is focused solely on creating wearable goods. “I only design and I only make clothes in order for them to be worn by someone, meaning that they have to be sold. It’s never done for the show or to be in a museum or anything like this. There is no point to make pieces for the show because… because there is no point. People need to be able to go to the store in six months and find what they have seen.”

Season after season, Gvasalia has introduced an array of unique and iconic fineries that have elevated a man’s day-to-day look to have a slightly urban edge. Most notable is the Balenciaga Triple S sneaker, which has enjoyed a cult-like status since debuting in the brand’s Fall/Winter 2017 menswear collection.

Similar to Vetements, Balenciaga’s branding techniques and anti-fashion aesthetic have borrowed from traditional streetwear culture to provide wardrobe essentials for a man whose materialism is infused with an essence of sensibility. Hoodies, raincoats, flannel, puffer jackets, and practical tote bags are now runway staples that also enjoy a significant after-life once they hit the retail market. For the most part, seasonal trends don’t phase Gvasalia, as each successive collection subtly tweaks his peculiar method. 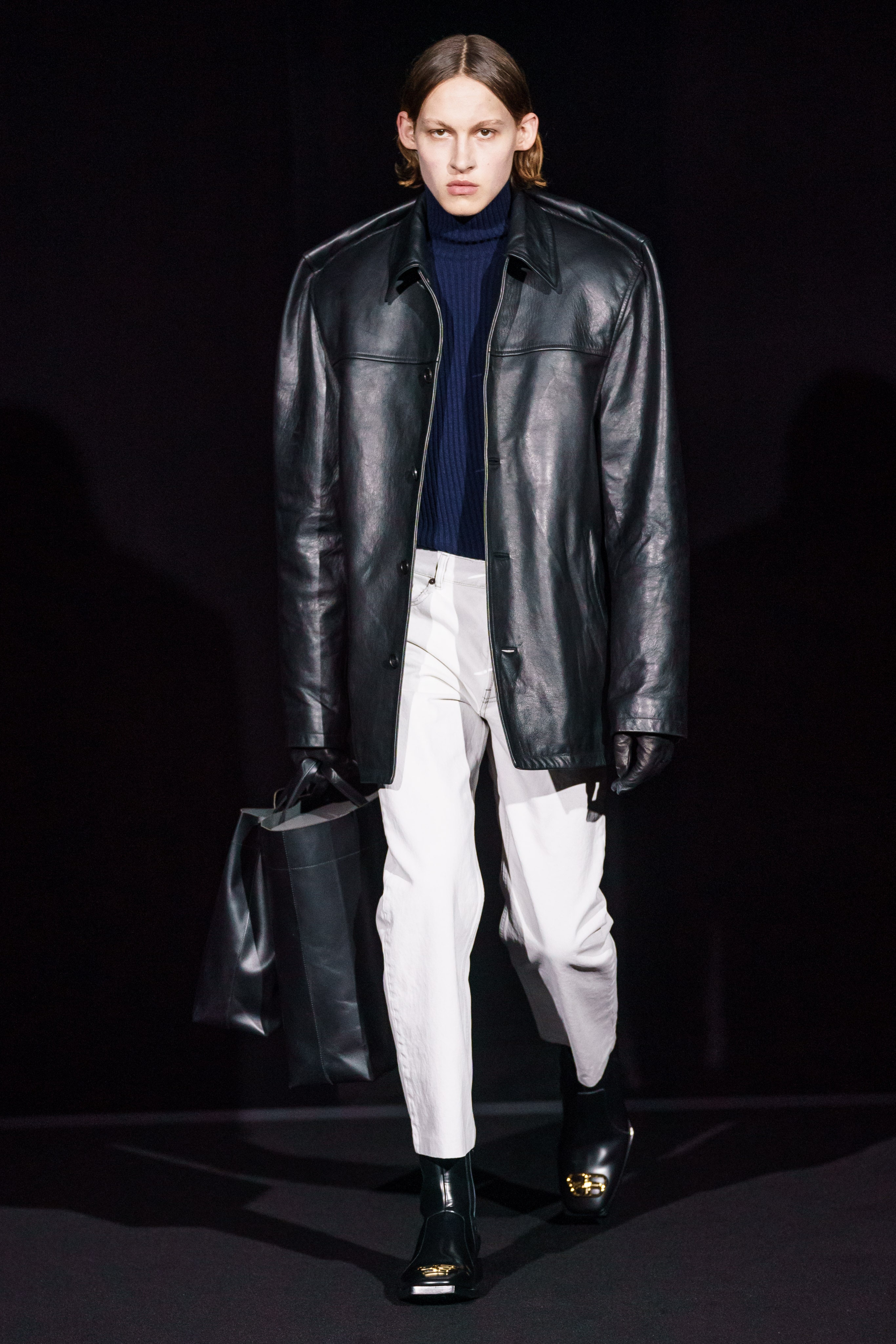 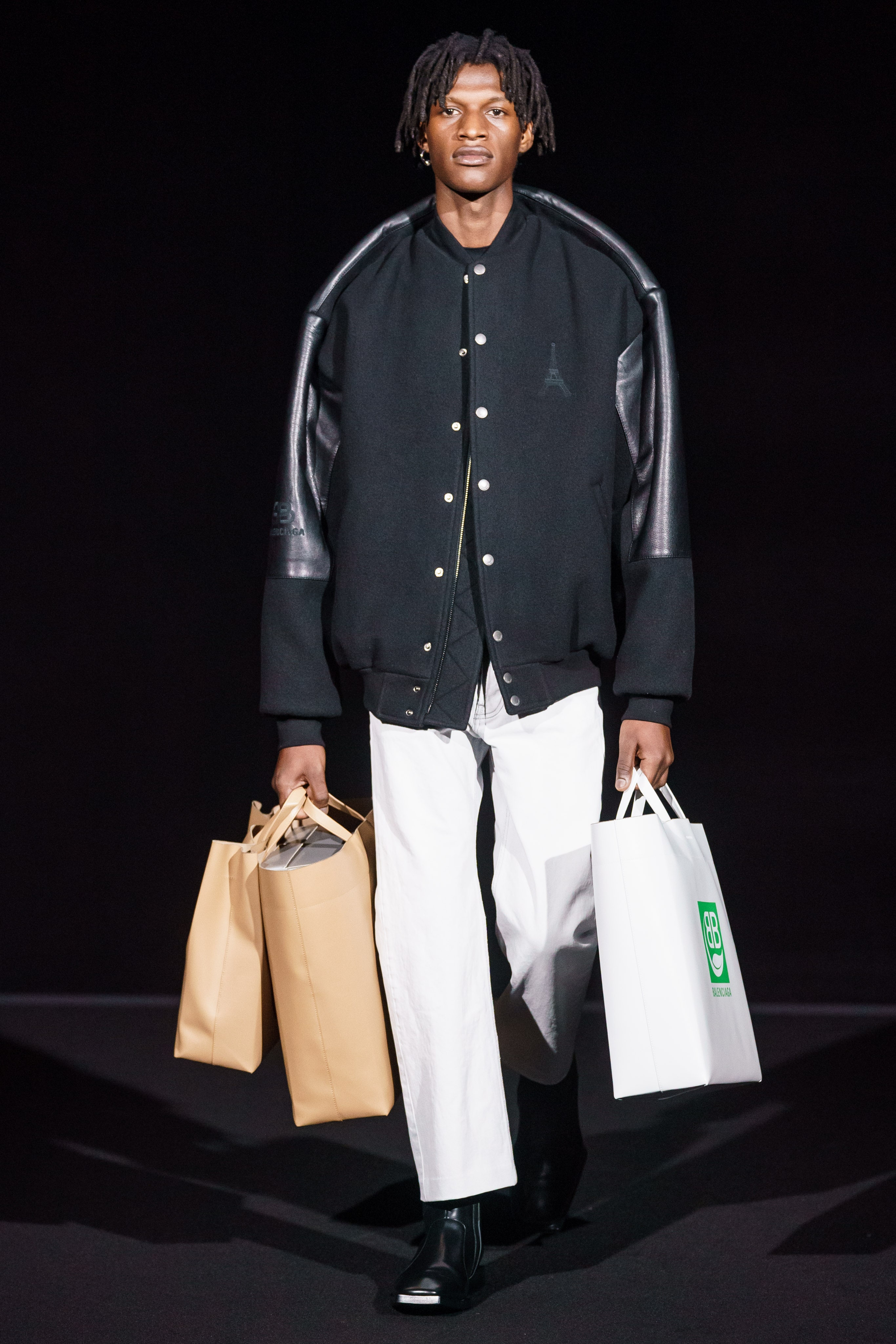 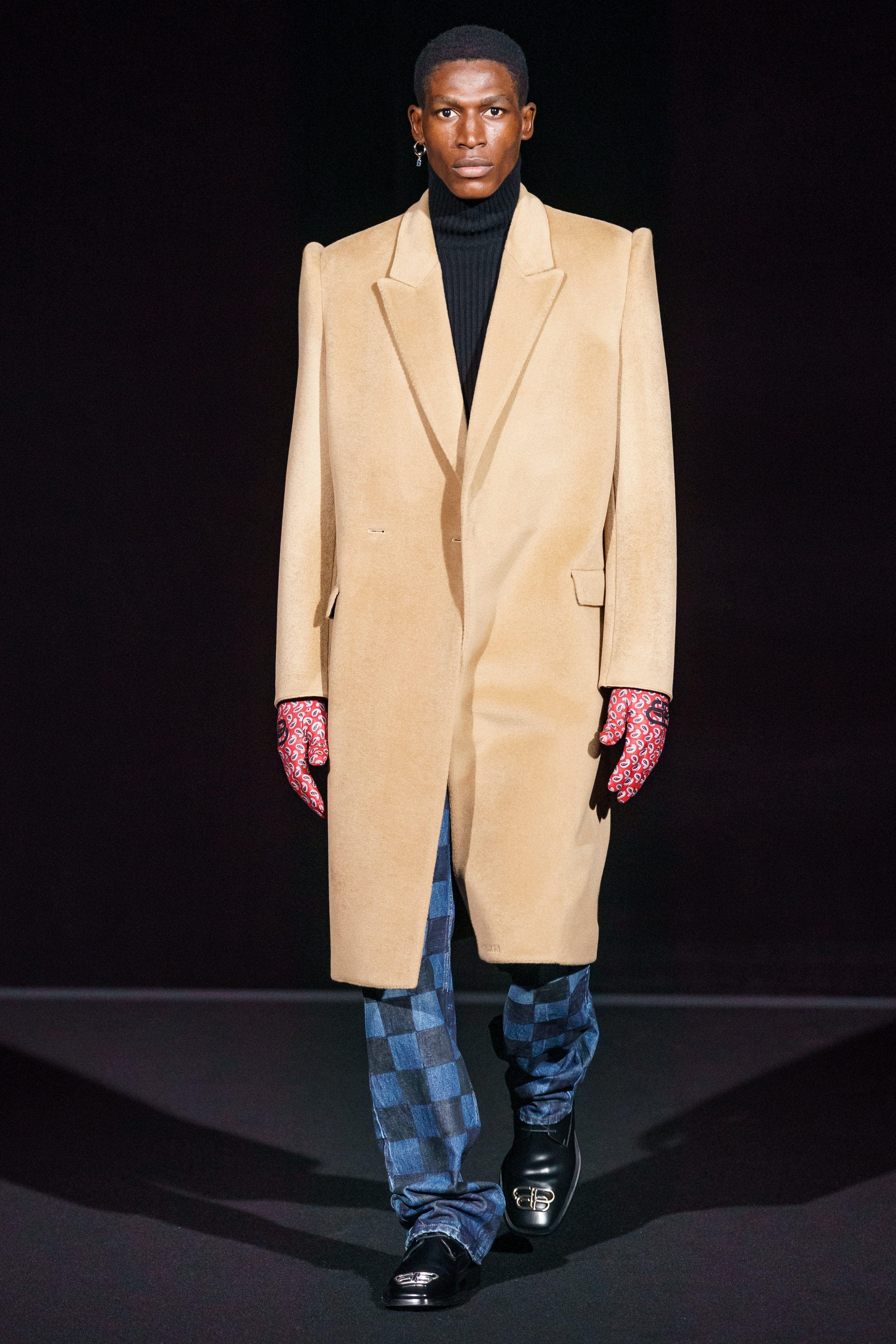 However, Balenciaga’s latest Fall/Winter 2019 collection presented Gvasalia’s most radical rethinking of his established menswear aesthetic yet. Gone are the slogans, fabricated boy-band merchandise, and dad sneakers, with experimental tailoring filling this significant void. While staples including knitwear, bomber jackets, peacoats, and plaid prints remain, the way they are presented is significantly altered. Couture-like techniques including rounded shoulders, raised shoulder seams, and more exaggerated structuring  transport Gvasalia’s utilitarian designs into a new territory. In the past, the branding attached to Balenciaga’s clothing proudly displayed their elevated status; with this new collection, it is the construction and palpable handiwork that enhance these inherently wearable basics.

Time will tell how this diversion will inform further Balenciaga outings, and whether it will impact the brand’s robust sales.

For more on men’s fashion, keep up with us @HOLRMagazine.