Our Favourite Celebrity Style Moments of the 2020 Golden Globes

Hollywood’s biggest stars gathered Sunday night for the 2020 Golden Globes – the first major awards ceremony of the year – and as per usual, there was no shortage of glitz and glamour on the red carpet.  Yes, the Globes are typically viewed by both cinephiles and TV binge-watchers, but it is also held dear by us fashion enthusiasts, with the year’s first celebrity-style moments happening right before our eyes!

It is safe to say that the Globes have become a vibrant showcase for trend-setters, ground-breakers and risk-takers alike, a chance for attendees to make bold and creative moves, and well, we are thankful to be a fashion bystander each year.  From daring looks (we’re talking ruffles, puffy shoulders and plenty of shimmer) to classic displays of Old Hollywood glamour, here’s our round-up of all our favourite A-lister style moments from last night:

Scarlett Johansson brought the glamour and drama on the red carpet in this extravagant, scarlet red (how ironic!) Vera Wang gown – enough said. 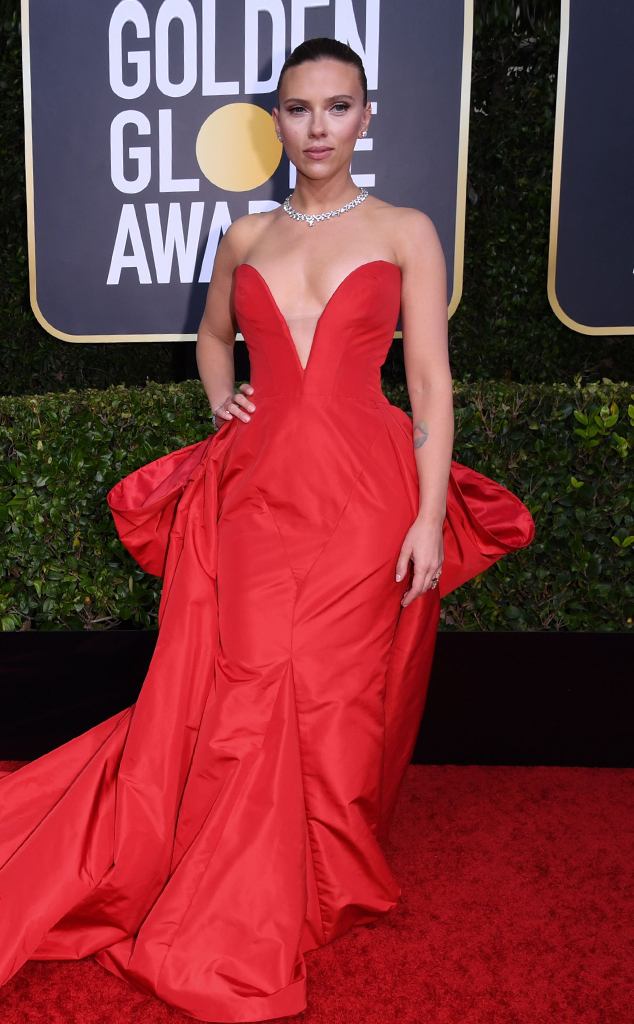 Gwyneth Paltrow opted for a sheer, long-sleeve Fendi gown in a caramel hue, complete with sparkling jewels that shone through the see-through material.  With a polished high neckline and ruffle detail that exuded femininity and confidence, Paltrow reinvented the long-forgotten naked dress.  Although it left some fans scratching their heads, we praise her for her boldness! 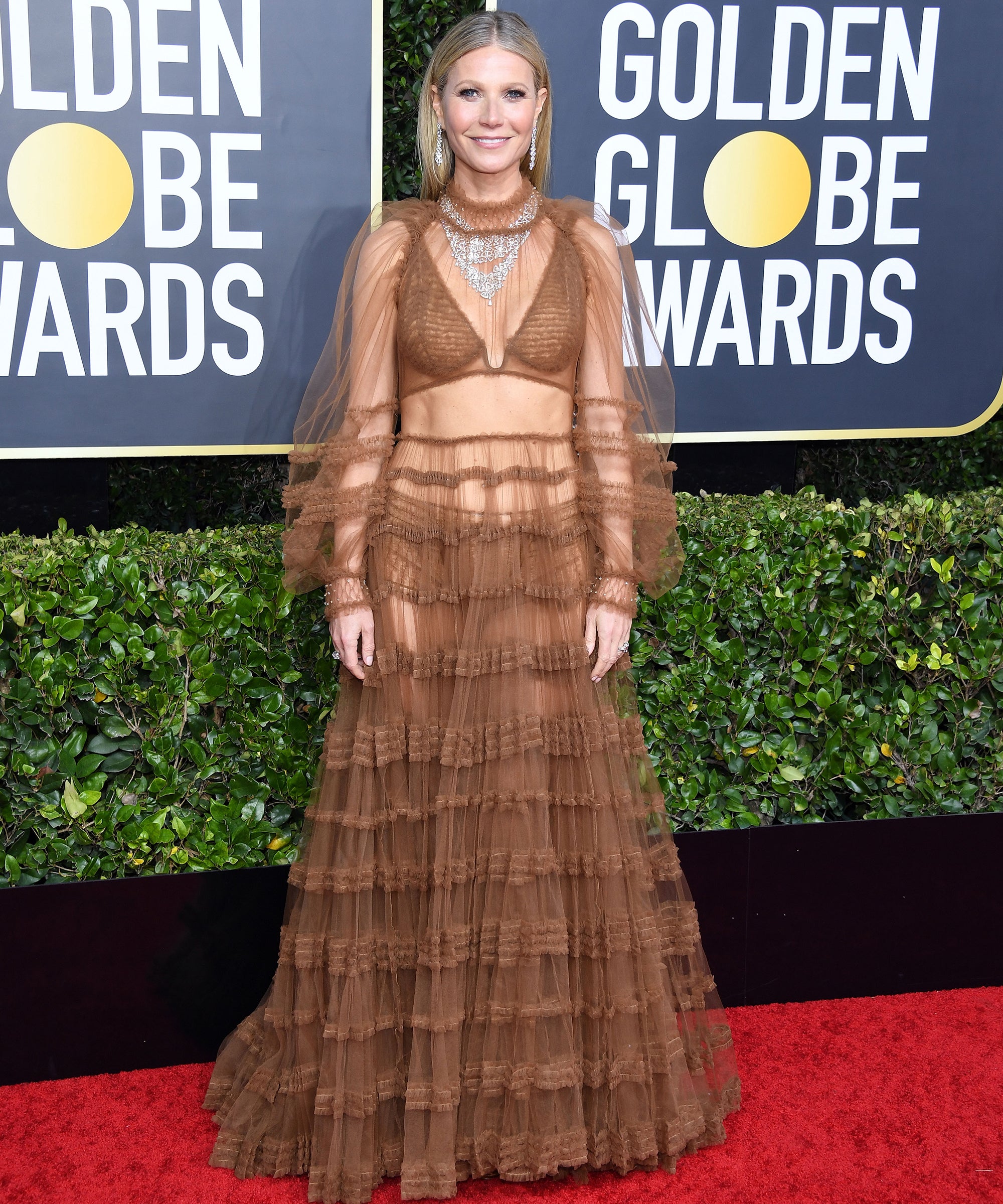 Saoirse Ronan sparkled in this spaghetti-strapped CELINE by Hedi Slimane gown, featuring a plunging neckline, thigh-high side split and open back. Leave it to Ronan to effortlessly pull off a look that is at once both simple and fearless! 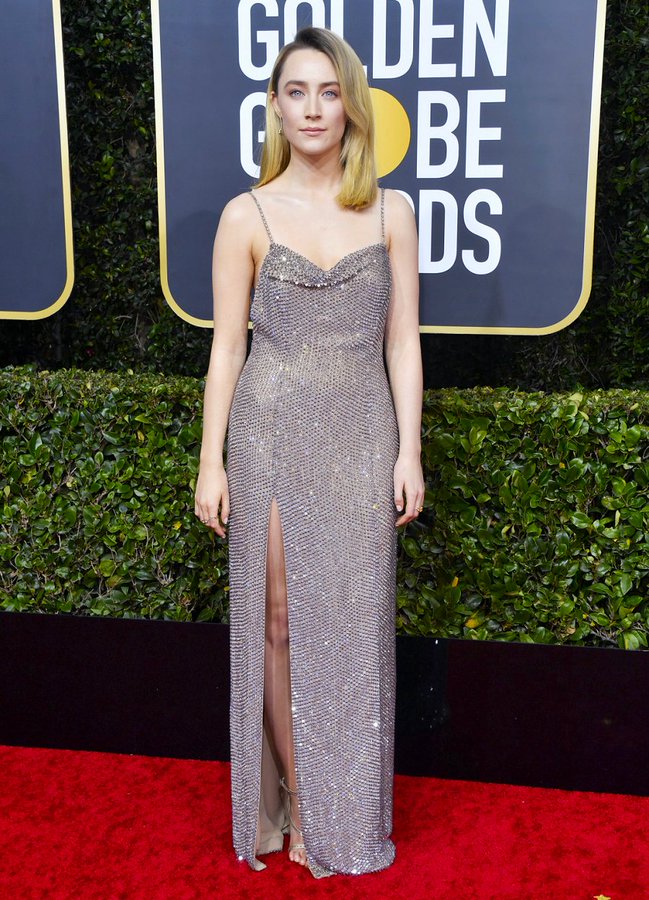 If anyone is going to look cool covered in two types of polka-dot prints, it is Zoe Kravitz! She leads the best-dressed list with this polka-dot Saint Laurent number which pairs perfectly with her black pixie and classic red lip. 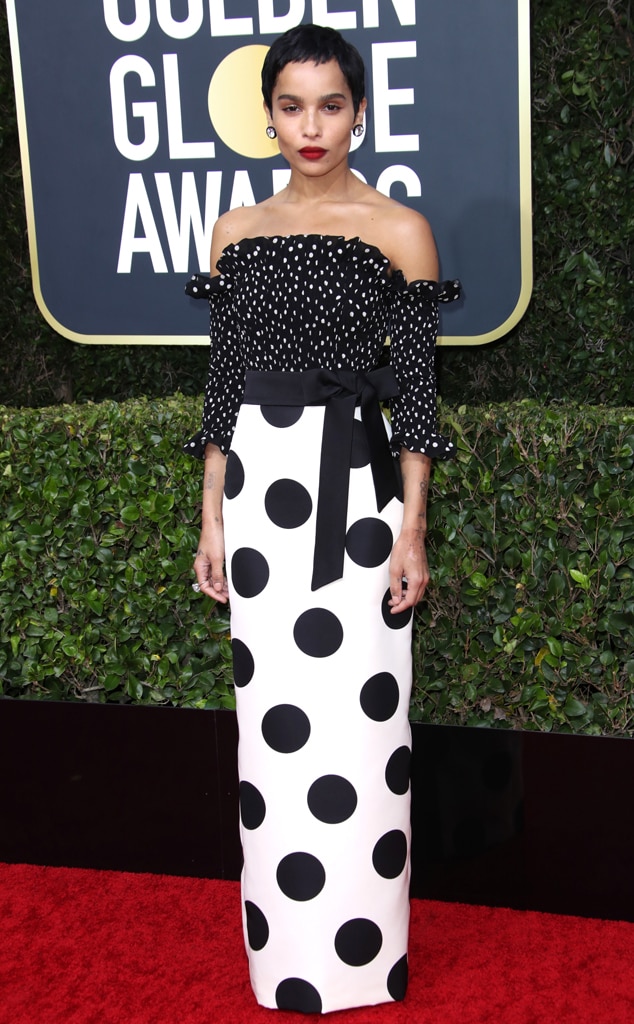 For someone who hasn’t graced the Globes red carpet in four years, Kirsten Dunst made quite the fashion comeback in this Rodarte pretty-in-pink lace gown.  With its ruffled high-neck, pastel hue and intricate fabric, we find ourselves making style comparisons to Dunst’s famous ‘Mary Antoinette’ role.  Anyone else? 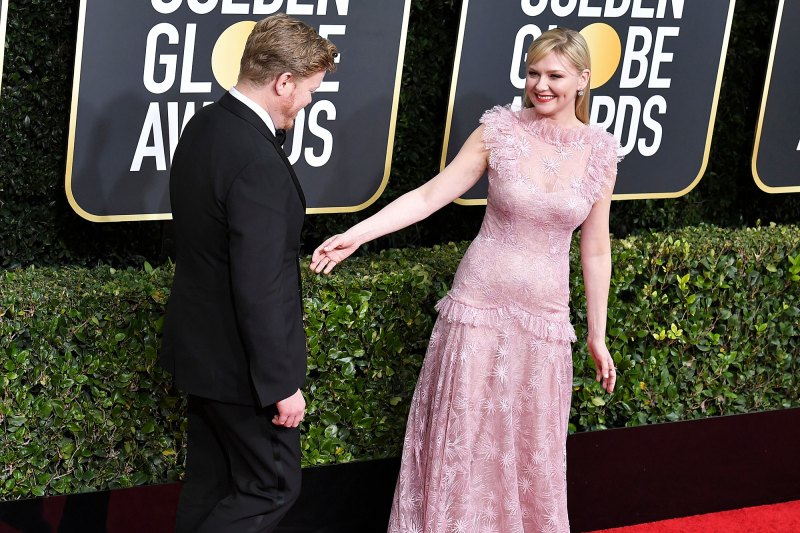 Wearing a soft lavender Dior gown with princess puff sleeves, it looks as if Dakota Fanning came right out of a fairytale – sweet and romantic.

Cate Blanchett made a chic statement in this yellow pleated creation from London-based Greek designer Mary Katrantzou, complete with a jeweled centerpiece forming the shape of the scales of the Goddess of Justice.  Stunning. De Armas made a shimmery Globes debut in this custom design by Ralph & Russo; we love the midnight blue sequins and elegant structure! Cynthia Erivo certainly turned heads in this black and white beaded tuxedo gown by Thom Browne.  “All hand-beaded and embroidered” as reported by Erivo, we are totally obsessed with its intricateness (Not pictured: the beautiful peony flowers that detail the hem and lining). After all, it did take a whopping 800 hours to create!

Which was your favourite celebrity-style moment of the night?

Inside Chats: An Interview with Joana Griffiths, founder of KNIXWEAR