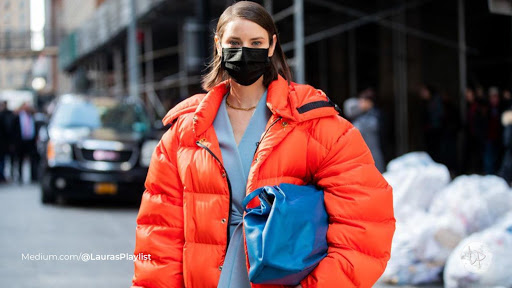 Although it may seem trivial to discuss something as superficial as fashion while people have lost their jobs, are unable to see loved ones and in some cases have passed away from Coronavirus, the fact remains, the fashion industry is a $2.5 trillion dollar industry for which has global reach and universal implications and has been forced to pivot just like the rest of us.

Back in February, while designers were ready to gear up for their Fall/Winter 2021 runway shows in Milan and Paris, the world conversely began hunkering down. Although only 152 cases were reported in Europe at the time, US-based retail buyers began cancelling their trips overseas. With attendees down 20–30%, many designers opted for online streaming of their elaborate shows. Merchandisers were forced to make their purchases from pictures and choppy streaming services, with no real understanding of how long the impact of this virus would be.

With nobody allowed in shops and overall spending down, department stores began cancelling their upcoming orders in hopes to sell off their current merchandise first, creating an entire backlog on the system. When you’re designing clothes with over a 1 year lead up time, changes in lifestyle and disposable income today, can effectively render an entire line useless.

Head designers of luxury labels like Chanel, Giorgio Armani and Gucci needed to pivot and pivot they did, but perhaps not in the way you’d think. Creative Director of Gucci, Alessandro Michele, was quoted saying “we went too far’ and Saint Laurent made a statement saying it wanted to “take control of its pace and reshape its schedule.” All this was to suggest that fashion industry was tired; the pace, the pre-planning and the pressure was becoming all too much and this was the pin that finally burst the overstretched bubble. 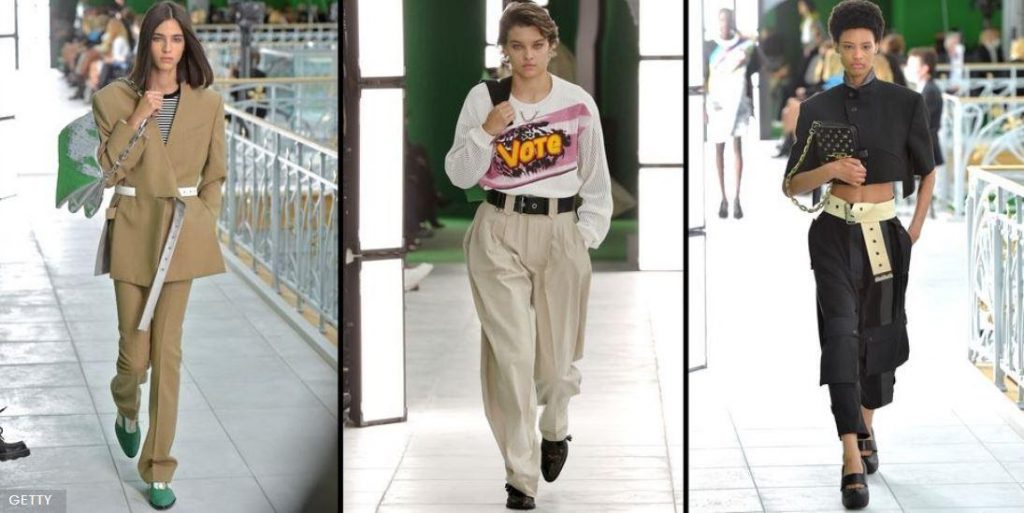 Designers at one time were creating two lines a year, Fall/Winter, Spring/Summer, but with the rise of fast-fashion, started creating pre-fall, resort, couture, and menswear collections in order to keep pace. Customer’s need for newness increased profits for all of these companies but at the same time contributed to an increased impact on their environmental footprint; the fashion industry being the 2nd largest contributor of pollution worldwide, only second to oil.

With designers on board, ready to make drastic changes, what does that mean for fashion moving forward? To answer this question, let’s take a look back at history first. During the height of the Spanish Flu, women traded in their voluminous and difficult to clean clothing for sturdier fabrics and more body-hugging silhouettes; similarly, in 2008, with so many people out of work, ostentatious clothing with fur and beadwork became faux pas, and simpler clothing became the norm.

During World War II and throughout the 40’s, times were so tough that women resorted to upcycling cotton flour sacks into dresses and this in turn prompted food companies to print colourful floral patters on food bags to aid in the effort. 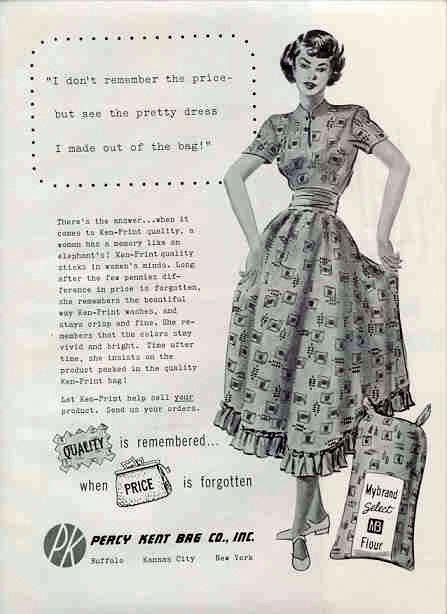 As women whipped out their sewing machines in order to create make-shift masks while there was a shortage, it appeared to have sparked the desire to make and mend once again. Woman are getting creative with clothes and although we were starting to see luxury items come back into style since the global recession in 2008, we should start to see a similar pattern of minimalism and sustainability once more. Stores have already adapted, trading in dry-clean only silk blouses for cotton t-shirts, wide-leg pants, and sheath dresses, representing a growing desire for “at-home clothing” still fit for Zoom calls.

It will be interesting to see if there are any long-term impacts of this pandemic on fashion; perhaps women will choose comfort over style and swap out their painful stilettoes for flats, or maybe, like most things in history, there are ebbs and flows and we just need to hunker down and get past these tough times, knowing that embroidered jackets and structured heels are still on the horizon. Only time will tell.