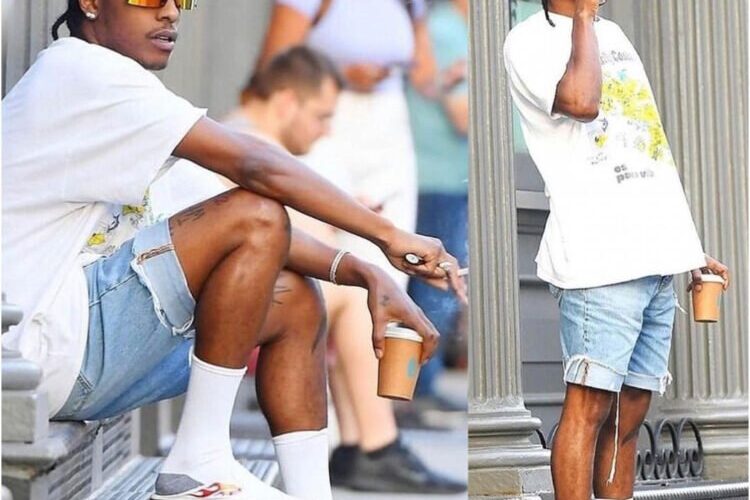 A First Look at A$AP Rocky’s Collaboration With Vans

Captivatingly sporting a Viviane Westwood kilt and enough leather to make any punk green with envy on the June/July cover of GQ was the “Fashion Killa” A$AP Rocky. Amidst discussing his 2019 arrest in Sweeden and relationship with deity Rhianna, the titled “Prettiest Man Alive” let the world know that he had a shoe collaboration in the works. The host of this creative partnership is none other than Vans, the American skateboard company that has been pumping out some of the most recognizable shoes since 1966. Thanks to some paparazzi photographers, the internet got the first look at the lovechild of arguably the most famous skate-shoe company and one of the most stylish men on the planet. 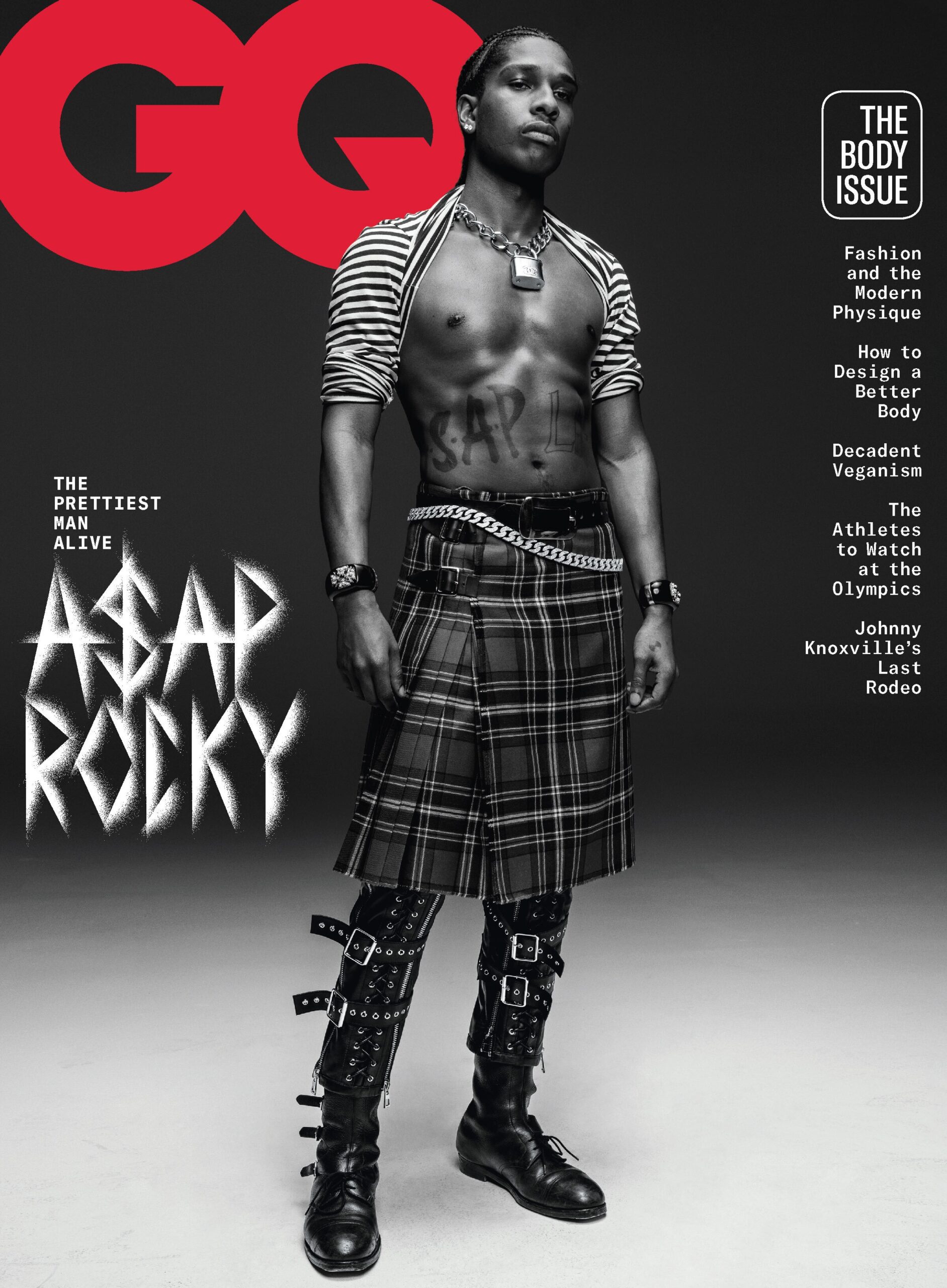 The canvas for the collaboration is the Slip-on, made famous by Jeff Spicoli in the classic teen movie “Fast Times at Ridgemont High” where he rocked a checkerboard rendition. The Harlem rapper was spotted wearing a pair of unreleased all-white Slip-Ons with the back heel absent, giving it a mule design. A large cream-coloured toe-cap appears on the front, while the signature Vans flames graphic is printed on both sides of the shoe. While the photos only gave us a look at the all-white version, Rocky was also spotted wearing a turquoise, and all-black colourway. Vans have been a staple in street fashion for most of the 21st century, and perhaps no one knows this better than Rocky; The “Waffle-Cup” shoes are regularly seen in his outfit rotation. 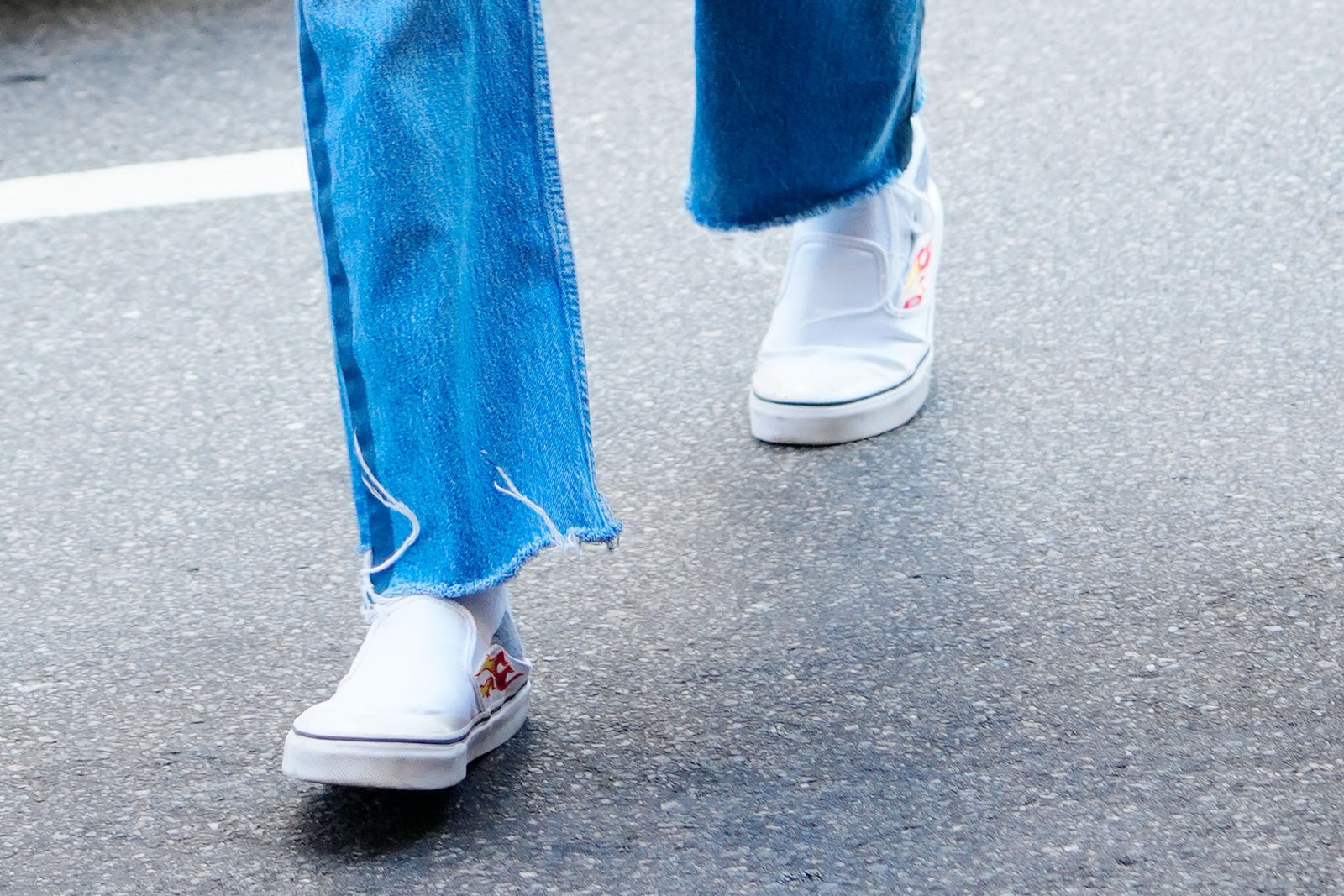 Vans is the latest name in a long line of creative projects in the 32-year olds resume. Back in 2018 Rocky came together with the athletic company Under Amour for a pair of shoes called the SRLo (Skate, Rave, Lo) that flew under the radar of most sneakerheads. Working closely with former pro-skater and designer Dave Mayhew, the SRLo was inspired by the Osiris D3, which was a skate shoe hugely popular in the early 2000s. Besides Under Amour, Rocky has also worked with clothing brand Guess and fashion designer Jeremy Scott, just to name a few of his artistic endeavours. 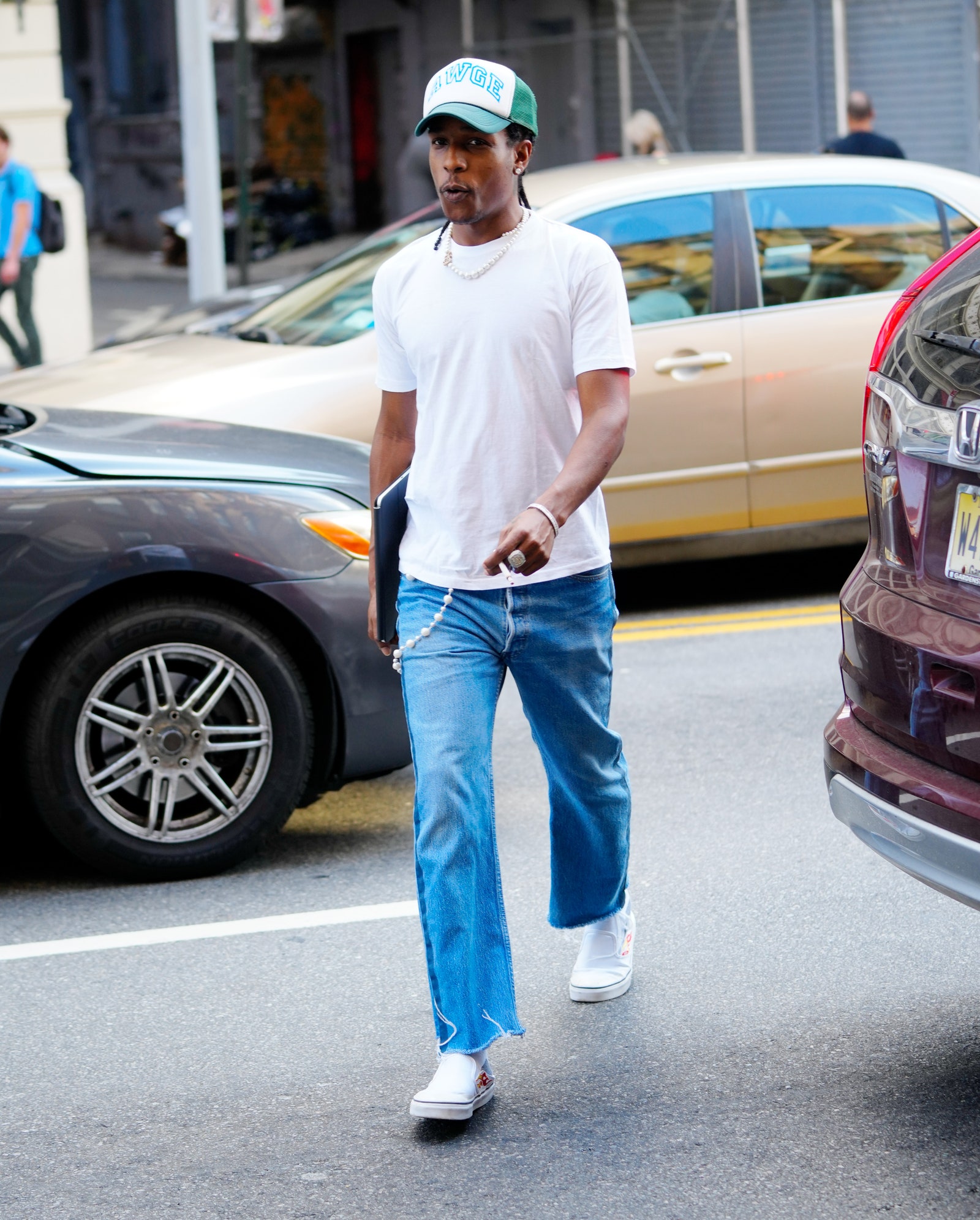 It’s clear that Rocky has a deep appreciation for skateboarding culture, which makes the project with Vans completely natural. A release date for the shoes has yet to be announced, but Rocky claimed the drop would be “limited”. Stay tuned for more updates. To read more about the Harlem-rapper’s creative influence, check out this article from HOLR.